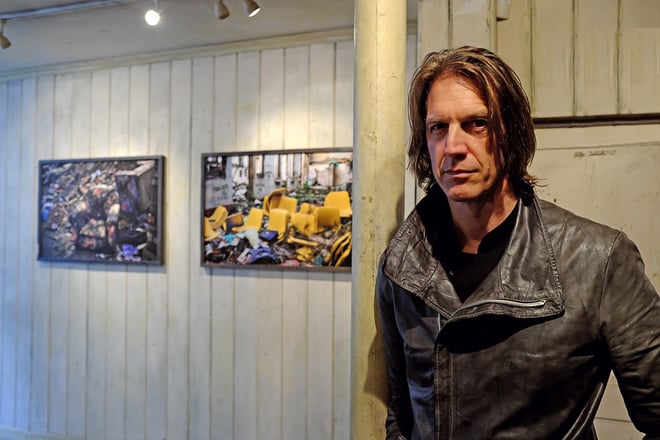 Meet Graham Fink, a multimedia artist and the Chief Creative Officer of Ogilvy & Mather in China. Graham is originally from London, but has lived in China for the past five years and has spent many creative years in the advertising industry. Below, he tells us about his current photography exhibition "Ballads of Shanghai" in London's Riflemaker Gallery and talks about the different approaches to advertising in Shanghai versus London as well as the importance of collaboration. He also shares a few tips for students hoping to photograph their study abroad city in a way that's not cliche and for those planning to launch a career in the advertising world.

CAPA WORLD: Tell us a bit about your background.
GRAHAM FINK: I was born in the UK (Portsmouth) and was very much the black sheep of my family. I went to art school as soon as I could leave school and studied painting, drawing, sculpture, photography and film. Then I got into advertising as it seemed to be a job where I could do all of these things. I worked with some amazing agencies, Saatchi’s, CDP, GGT, M&C Saatchi for many years and then I set up my own film production company. Here, I learned how to make music videos, commercials, and short films. I did this for many years, until I had an offer to go and run Ogilvy & Mather in China. I have been in China nearly five years now and during that time have also had five exhibitions of my artwork, comprising film, painting, drawing and photography. 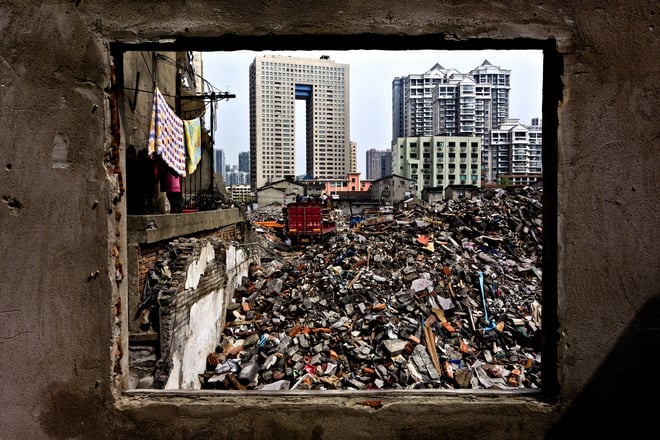 CW: You're also a photographer and have been showing your work for about two years now. For those unfamiliar, describe your style and what drives you to create on a personal level.
GF: Well, one of the things I am most obsessed about is the fact I see "faces" everywhere: in cracks in walls, flaking paint on ceilings, mud splattered on a wall. I have been documenting these "ghosts" for over 10 years. In fact, my first one man show in London entitled "Nomads" was purely about this obsession. I printed the resulting photographs onto large slabs of marble. This was because I wanted to give the 2D photograph a sculptural feel. It also monumentalized the images and gave them a new meaning. Mud, flaking paint and cracked concrete has a run-down and poor quality, but by juxtaposing it with a very classic valuable stone like marble, it changed the way the viewer came to terms with the work.

CW: "Ballads of Shanghai" is the title of your latest exhibition. Talk about the concept behind this body of work, how long you've been developing this series and where we can see it in person.
GF: Since being in China I have documented the derelict building sites there. I am fascinated by the fact they are pulling down the past and exchanging it for the future. My photographs show life amongst death. After the end of something and before the new beginning. Where most people see ugliness, I see beauty; in a childs drawing on the remnant of a wall, a once favorite armchair left for nature to reclaim, a Chinese print still clinging to a wall. I have printed these onto a matt art paper, but have hand-painted a glossy varnish over certain areas of the image. For me this preserves the life of the story. The wooden frames surrounding the photo are also made of reclaimed wood. This work can currently been seen at the Riflemaker Gallery in central London through February 14, 2016. 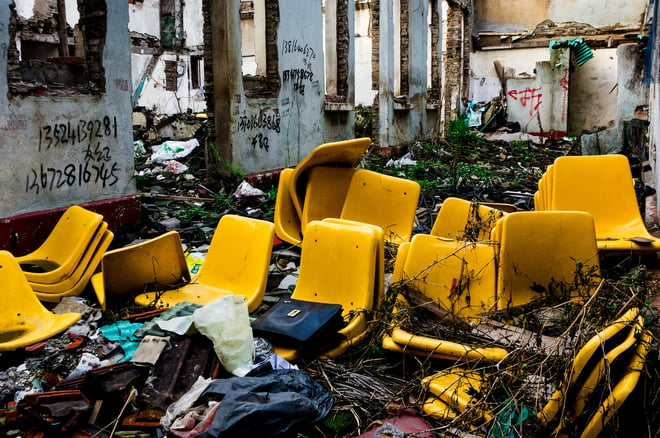 CW: During the time you've lived in Shanghai, what are the most obvious ways in which you've seen the city change and develop? And some of the less obvious that only a local would notice?
GF: China moves at a breathtaking pace. The one child policy means that competition is fierce. Many school leavers competing for very few places at university. The way the Chinese talk, walk and even drive is done with real purpose. There is a real "can do" attitude in the air. Buildings are created at frightening speeds. A 57 story building was recently completed in just 15 days. In my relatively short time here, I have seen the skyline change dramatically. 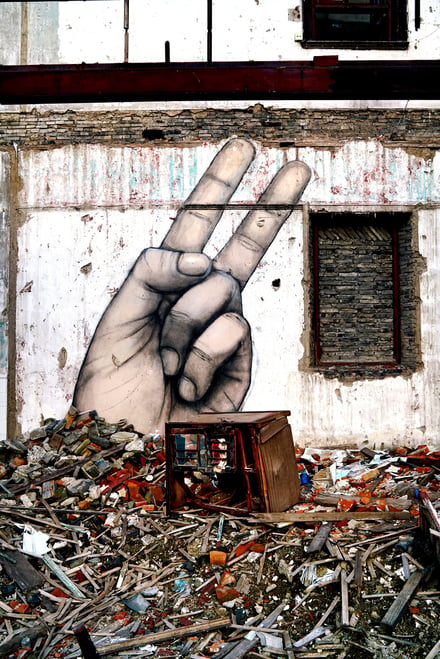 But while some things move quickly, others lag behind. Advertising, for example, is still very rational and straight forward. People want to know what a product does, where they can buy it, how much it costs? But recently there has been a slight shift to more emotional messages, and therefore better storytelling.

My observations are that many creative people are searching for their real voice, unearthing their great creativity, rather than just copying. You can feel it in the art you see in galleries, and even in the way the post-90s generation act and talk. I hear interesting conversations in restaurants and bars where people are questioning what is going on around them. Their creative muscles are awakening. 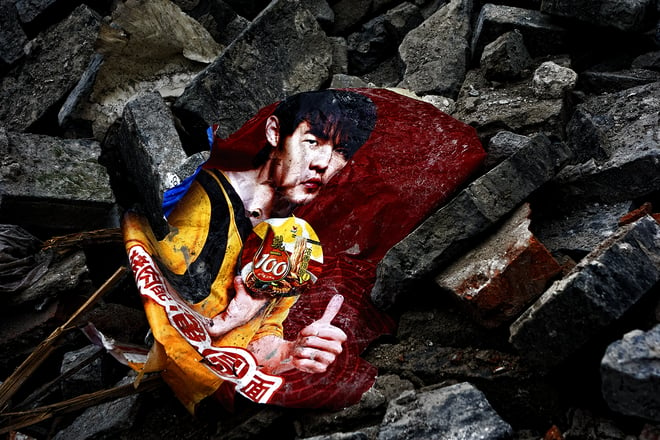 CW: CAPA students intern in cities around the world including Shanghai and London - both places you've also lived and worked. Talk a bit about your experience with the differences in work culture and creativity between these two global cities.
GF: As I mentioned, in advertising there is a much more rational approach here in China than in London. Analogies in advertising do not really work in general in China like they do in the West. Although Tier 1 cities are more sophisticated, there is a tendency to use celebrities to sell watches, cars, handbags, etc. and in some cases the same celebrity represents many brands. But in China, there is a real willingness to learn from the West and analyze what they are doing. I find the creative people in China are very humble and are open to trying new things. They watch and learn quickly. But maybe one thing that holds them back is a fear of losing face. They are frightened to take risks. It comes from the way they are taught at school, this notion that the teacher is always right and cannot be questioned, that there is only one right answer, that the only medal worth winning is GOLD. Everything else is a failure. This is changing, but it’s going to take time.

CW: Can you share a few words of advice for study abroad students who are interested in photographing a semester in London or Shanghai in a way that's not cliché?
GF: When you go to a foreign city, your senses are always heightened. You notice the smells, noises, sense the vibe of a place so much more. You really are living in the present moment. Then when you get familiar with a place, it becomes the norm, and everything becomes familiar. It’s almost like you don’t see it any more. So when I am walking around with my camera, I try to stay "in the moment", seeing things as if for the first time. For me, scrambling over derelict sites in Shanghai is incredibly exciting. I see and experience things I have never seen or felt before. When I compose the frame and click the shutter, I feel as if I have captured something new and unique. When I show my pictures to my Chinese friends, it might not move them the way it moves me, but to an audience in the West who see it with fresh eyes, it moves them. They start asking many questions. This is important. Context and environment changes everything. Every day, I try to meditate before I start my day. I find this really helps in all my work, whether photography, painting, advertising or just going for a walk. 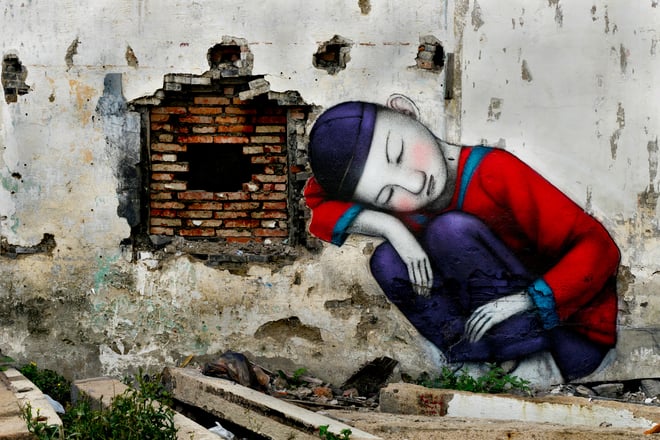 CW: In your TEDx Talk, you mention an interview in which you were told "We don't take students." Tell us the story of how you were hired after that and the lessons learned from that experience that would be relevant to students today.
GF: I really wanted to get a job in advertising for the reasons I explained earlier. It was a job that allowed me to do all the things I loved. The best/most creative agency in London at that time was called Collett, Dickenson, Pearce. It was almost impossible to get an interview there, though I eventually managed it. But after looking at my work, the Creative Director said that they didn’t take students. They were looking for an older, more senior/experienced team member. Not giving up, I went back the next day dressed up as an old man and said I had come for that job. They thought it was hilarious and hired me. That taught me that nothing is impossible; if you really wanted something, you could make it happen. I’ve never forgotten that. 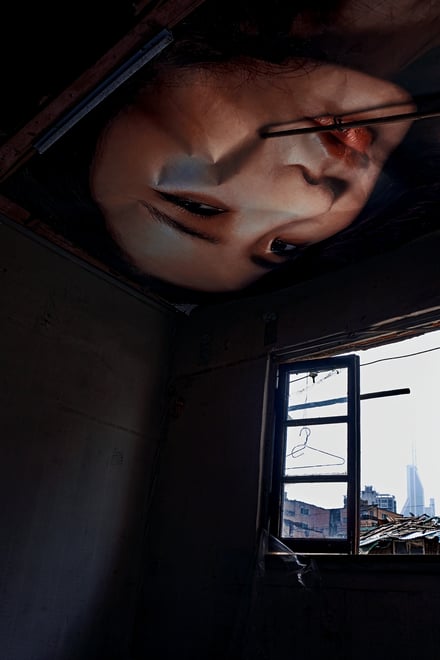 CW: As someone who has long held a career at the top of the advertising industry, can you share some advice for students pursuing this type of career today? What stands out to employers? What skills are key?
GF: Although much has changed in terms of new media (i.e. digital, social, mobile etc), the most important thing remains the same: it’s all about having a great idea. Whenever I interview people, that is the key thing I look for. After that, I look for someone with a point of view, (whether I agree with it or not doesn’t matter). But I want passionate people who want to learn and also challenge the status quo. I want trouble-makers, mavericks, thought provokers, risk-takers, mad men, misfits, magicians. 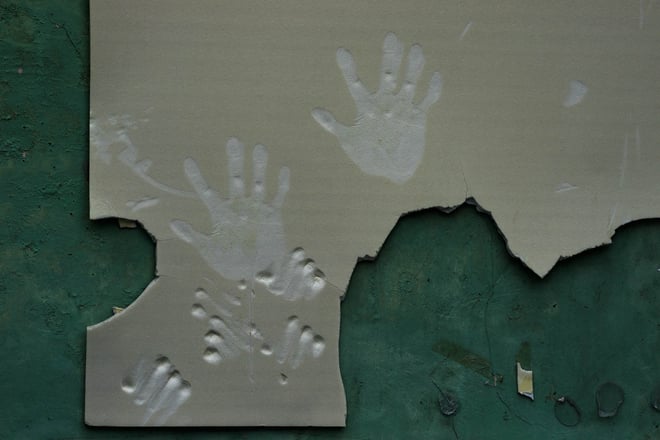 CW: What drew you to Shanghai and what keeps you there? What surprises you most about China?
GF: To me, Shanghai is like the city of the future you drew as a kid and then someone took the drawing away and built it. It’s so exciting, it’s ever changing, it’s glamorous, it has an edge to it. It is the new New York. Every day there are surprises. Crazy things happen - stories you would not believe - but most of all, it makes me grow as a human being. 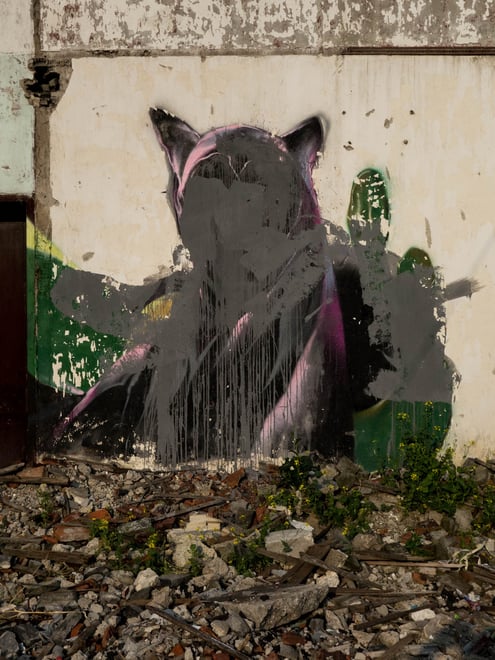 CW: We've recently introduced global networking technology so that students studying abroad in different CAPA cities can collaborate on projects. How has collaboration with others inspired you and your work over the years? Why is it important, particularly internationally?
GF: I find that mashing together cultures from the East and West has created some very unique new ideas, something I could not have known by staying in London. I love it when different people from different backgrounds get together and brainstorm. You see young creative Chinese people with all sorts of interesting theories and notions, so I love to introduce them to creative people I know from overseas with different skill sets. In that sense, I am an alchemist, putting these ingredients together to create pure Gold. 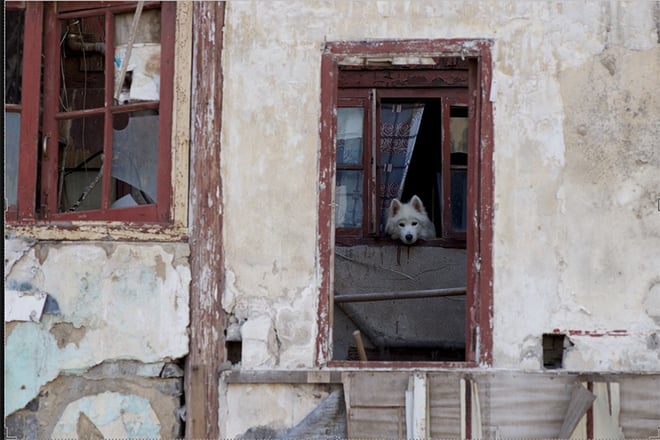 Importantly, there are now a lot of Chinese brands that want to be successful overseas. Take Huawei for example. So it’s important to work in collaboration with these brands to help make their dreams come true. That means opening their eyes to what is possible. We are living at a very exciting time, and because technology is enabling us to make these dreams a reality, being a creative person is China is perhaps the best job in the world. 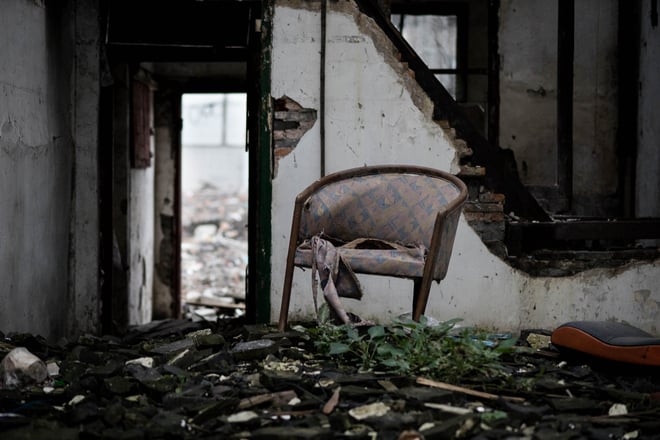