Words by SaraJane Renfroe, an anthropology and philosophy major from Rollins College who studied abroad with CAPA Dublin during summer 2015.

Below, SaraJane talks about attending the Irish Innocence Project Conference this summer.

“All systems need to acknowledge that they are fallible.” So said the Honourable Mr. Justice Frank Clarke of the Supreme Court of Ireland during the Irish Innocence Project Conference on 26-27 June, 2015. This statement highlights the fundamental nature of the conference: to call attention to the inherent imperfection of any justice system.

The conference featured many deeply inspiring speakers who discussed the aspects of the Irish judicial system from different perspectives and experiences. Sunny Jacobs and Peter Pringle spoke of their years in jail for wrongful charges. Between the two of them, they spent a total of 32 years in jail under charges of murder. Since then they’ve been traveling internationally telling their story and arguing against the death penalty.

Kia Race, another CAPA intern with the Irish Innocence Project, describes her reaction to listening to Jacobs and Pringle as “the most heart-wrenching part of the conference” because “they were put in jail because they trusted the system of justice that was supposed to protect them, yet it instead stole their freedom.”

Kerry Judge, also a CAPA intern with the Irish Innocence Project, states, “Wrongful convictions are not discussed frequently enough, and because of the blind faith that people tend to have in their justice systems, it is hard to imagine that these miscarriages of justice really do occur. Hearing from real people, and getting to know them on a personal level, about how these wrongful convictions have impacted their lives makes it clear why the Innocence movement is such an important human rights issue.” 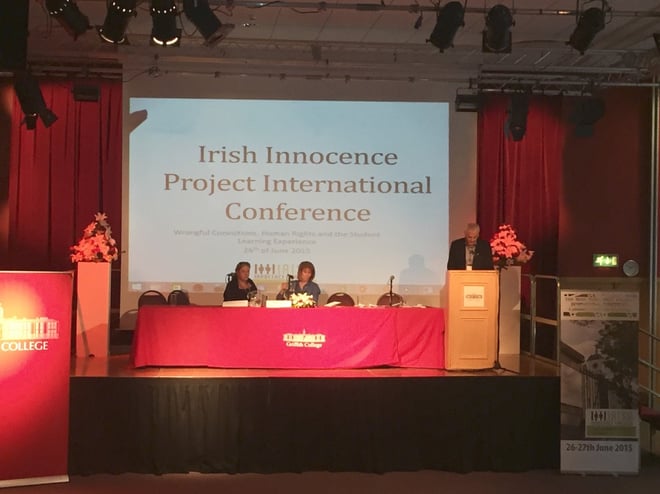 Jacobs and Pringle are success stories and beacons of hope for the Innocence Project and represent the overall goal of the program. Erin Moriarty and Dearbhail McDonald discussed the process of attaining this goal through their experiences as independent court journalists from Irish and American perspectives. They explained the importance of journalism in both reporting the court happenings and analysing the jurisdictions; both have been powerful voices in wrongful conviction cases through their independent judgments of the proceedings.

Moriarty demonstrated one example of this through her showing of the 48 Hour segment on Ryan Ferguson and a Q&A session afterward. This segment from 2005 is a testament to an eight-year battle to free Ferguson from his wrongful conviction of murder. Moriarty began this process because of the blatant lack of physical evidence connecting Ferguson to the murder; the only thing connecting Ferguson to the crime was two men claiming his involvement, both of whom knew very little about the crime at all.

Through Moriarty's investigative journalism in Ferguson's case and following production of a 48 hour segment on air, she was able to motivate a lawyer to represent Ferguson pro bono and finally, eight years later, for Ferguson's conviction to be overturned. 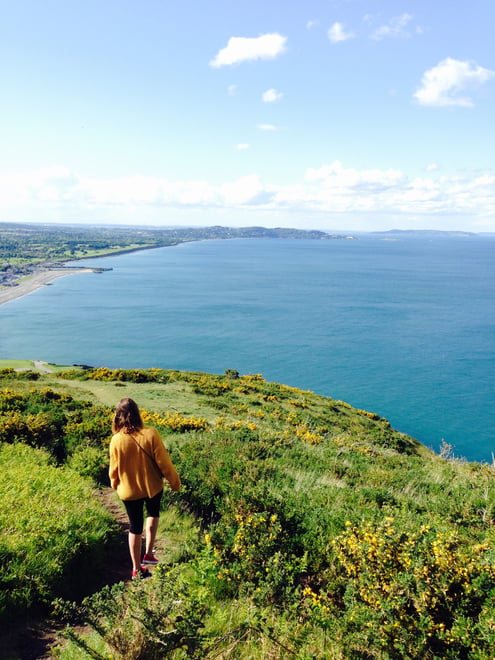 Stephen Saloom, who created and directs the Innocence Project's Policy Department, further explained the role of media in atoning for the court’s shortfalls in a video recorded specifically for the conference. In this, he described the need for independent investigative journalism to watch those who are supposed to be the watchers. He argues that the courts are not functioning effectively, and until systematic change may occur, the media must act in its place to correct what goes wrong and to fight for a better justice system. In a blog post on publicdefenders.us, Saloom states: "As a lobbyist I have learned from hard, bitter experience that getting elected officials to 'do the right thing' is almost laughable.  There is virtually nothing at the core of American politics other than self interest. Neither significant numbers of the voting public, nor the politicians who represent their interests, feel that public defense serves them in any useful way. Thus when most legislators have to apportion taxpayer dollars to their constituents’ needs, they will only fund public defense at the levels they are forced to." Thus Saloom calls to the public to act as the watchers, to engage in politics through journalism, lobbying, and other ways to force change.

David Langwallner, founder and director of the Irish Innocence Project, started this work in 2009 at Griffith College in Dublin. He had been teaching clinical legal education then was asked to redesign a syllabus at Griffith college, so he decided to bring the innocence project to Ireland. He is a constitutional lawyer and constitutional litigator, but had been a public lawyer so was highly interested in the human rights dimension. "I'm a great believer in noting that the system in Ireland is broken, all criminal justice systems are shambles, and falling apart, and the police... Misconduct is a kind word for it." Also, he "felt the innocence project would be a good mechanism for training students, a good way of creating a human rights consciousness that would have some positive effects."

In Langwallner's experience with the Irish Innocence Project, he's seen a good amount of success. "I'm very proud of what I've done with the innocence project and want to continue it further. It's fascinating working with open young minds and creative people." He mentions, though, the strength it takes to continue to push for change in a system so entrenched in corruption; Langwallner says the innocence project falls on the highest end of the spectrum and lowest end. "The intricacies and difficulties of trying to prove the impossible place it on the highest, while it's the lowest because we're a charity and dependent on funding - so people give up their services voluntarily."

The future of the Irish Innocence Project, says Langwallner, is dependent upon whether or not it gets funding. Then, "We just have to start from now on getting more people out of prison who don't deserve to be there and lobbying for structural reforms of the criminal justice system, improved standards of police training- to try to get them to think, try to get them to investigate rather than assume guilt, try and get scientific rationalist principles brought into the system about DNA, eyewitness evidence, cognitive and confirmatory bias, try to raise public consciousness of everything that can go wrong, try and create a generation of lawyers who are ethically responsible... 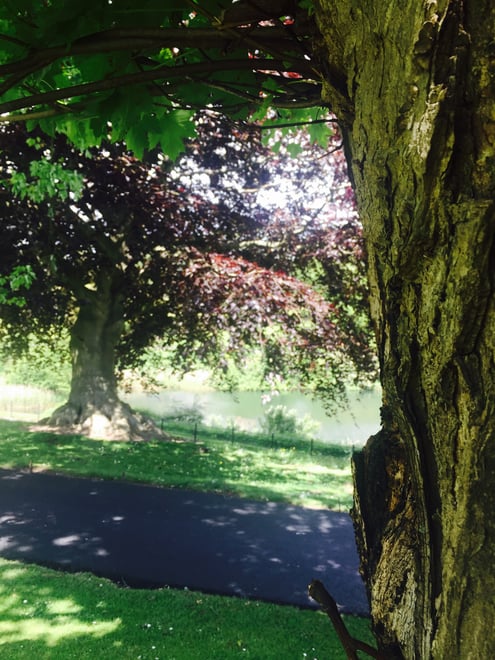 One of the real problems in Ireland is that there are all sorts of lawyers with technical skills, but a lawyer also has to have a sense of justice, ethics, and mission. All of those things are evaporating from the system as more and more lawyers are narrowly dedicated toward the achievement of material wealth and the employment of technical skills at the expense of justice based arguments."

The second day of the Irish Innocence Project 2015 conference was a miniature film festival, held also in Griffith College. The day included a total of nine films, followed by an award ceremony for the Gerry Conlon Memorial Law and Journalism Student Justice Scholarship.

The first film, Life After Ten, was of Erin Moriarty's 48 Hour segment on Ryan Feguson. The film described Moriarty's use of investigative journalism to bring publi attention to Ferguson's case and cause others to question the legitimacy of his conviction, bringing in a pro bono lawyer and finally getting Ferguson released from prison. 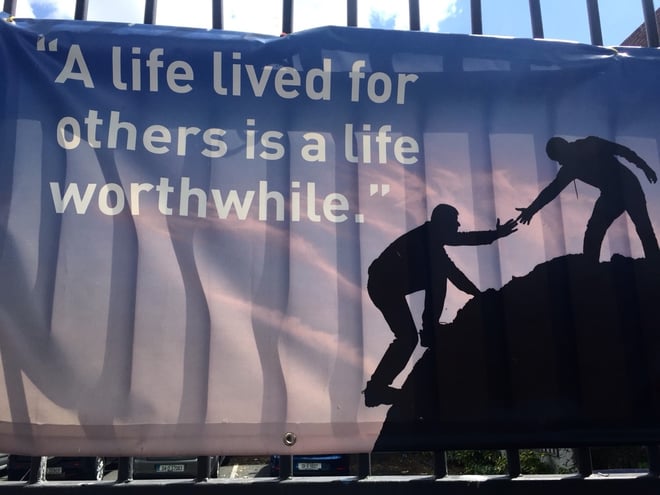 The Hanged Man by Barry Cummins with RTE Prime Time followed. This detailed the case of Harry Gleeson, hanged in 1940 for the murder of his neighbor, single mother Moll McCarthy. Gleeson had been hanged for extremely loose evidence, mostly around the fact that he was the most likely suspect rather than actual evidence. A new submission to the Department of Justice by the Irish Innocence Project begged for Gleeson's acquittal, noting recent evidence from a pathologist and one of McCarthy's children. This case has been a huge success for the Irish Innocence Project.

The third film was The Exonerated by Bob Balaban, Sunny Jacobs, and Aidan Quinn. It describes the true stories of six innocent people convicted and sentenced to death, and their eventual acquittals.

The fourth film, After Innocence, was directed by Jessica Sanders. It demonstrates the hardships faced by people wrongfully convicted and sentenced to years in jail, then freed, describing the challenges of attempting to fit again into society.

The Freedom Fighters was shown next, directed by Jamie Meltzer. It is a documentary about three wrongfully convicted men in Texas who, upon acquittal, became independent investigators to try to help release others in their situation. The film states that most people arrested in Texas are black men under thirty years old, so this specific demographic is a huge target for the criminal justice system there, causing far too many young black men to be wrongfully convicted.

Give Up Tomorrow followed, directed by Michael Collins and Marty Syjuco. This described one teenager's wrongful conviction of murder in the Philippines which caused the country's entire judicial system to undergo questioning because of this boy's family, which was politically powerful. The judicial system had been suspected to be corrupt for years.

The seventh film shown was Conviction by Betty Anne Waters and Tony Goldwyn. This film tells the story of a man who has been wrongfully convicted and whose public attorneys have failed to acquit him, and thus how his sister, a working mother, puts herself through law school to be able to represent him and attempt to achieve his acquittal.

The Central Park Five, as the eighth film of the day, was co-directed by David McMahon. This is a documentary describing the sentencing of five black and Latino young people who were convicted of raping a woman in Central Park; after each had already spent between 6 and 13 years in prison, a serial rapist admitted to having committed the crime.

The final film of the day was In the Name of the Father, by Jim Sheridan. This film describes a young man's forced confession to an IRA bombing which then causes his father's additional wrongful conviction; one English lawyer, though, believes in their innocence and decides to fight for their acquittal.

Each of this films was shown for a purpose: to depict the historical, current, and potential situations of innocent people convicted wrongfully. They describe the pain of lost time, broken families, and the terrifying transition back into society for those who do receive freedom. This is why the Irish Innocence Project was created: it saw these situations, saw the need for investigative journalism, ethical and aware lawyers, and a public consensus that something needed to be changed. The Irish Innocence Project Conference was meant to bring together like-minded people and introduce them to the project but also to inspire and motivate young minds. Change is possible; it will happen slowly, perhaps imperceptibly, but as long as there are people fighting and working, it is inevitable.