10 Pieces of Advice for those Studying Abroad in Dublin

In her final post, Casey shares key pieces of advice that will help you through your study abroad journey in Dublin. Whatever you do, make sure you have all you need to prepare for the time of your year (and life) in this global city! Take it from a student who has spent a semester abroad in Dublin: plan ahead, enjoy the moments, and become a local in your city.

END_OF_DOCUMENT_TOKEN_TO_BE_REPLACED

A Successful Project to Wrap Up My Marketing Internship in Dublin 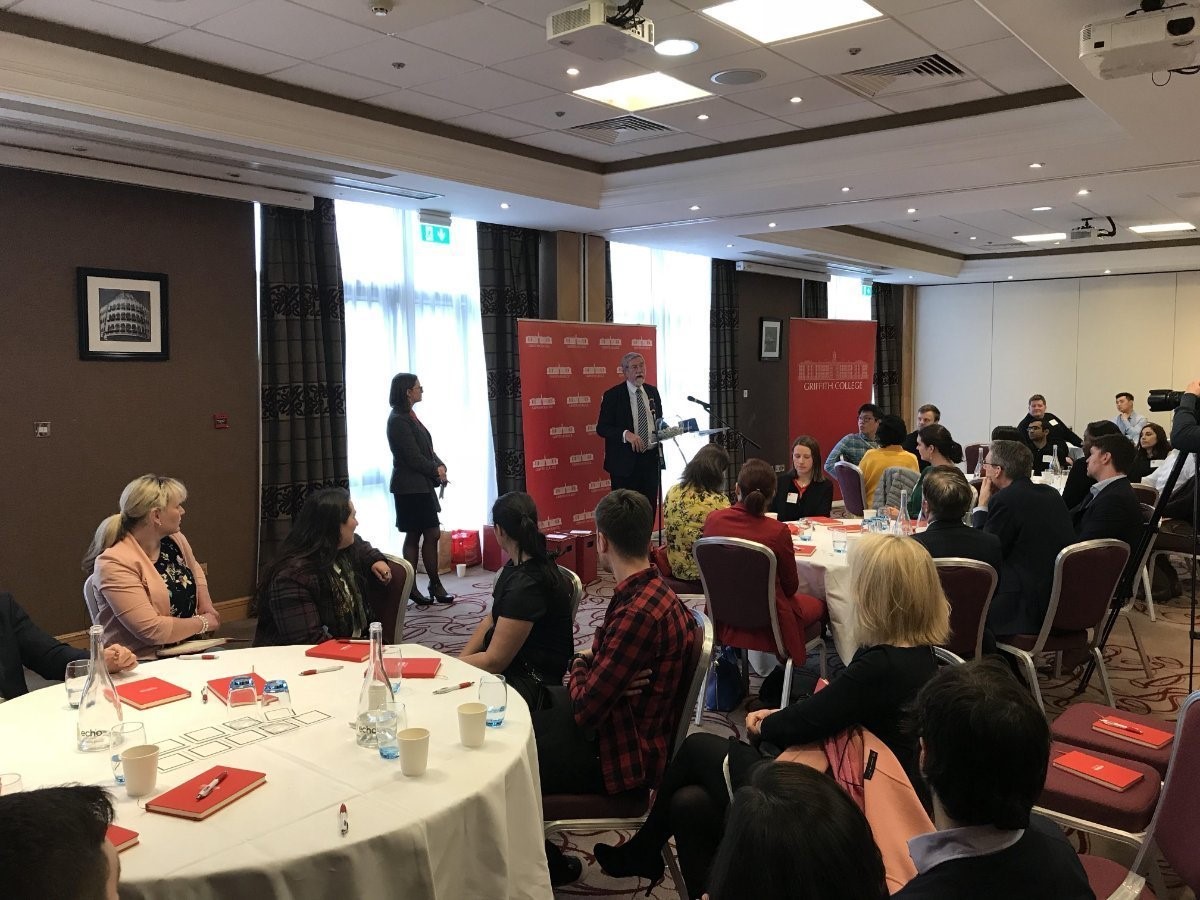 In this week's post, Casey tells us about how she ended her marketing internship with Griffith College's Alumni and Career Office in Dublin. She played a big part in planning and executing the very first Alumni Breakfast event for Griffith College. It was a success and one to be remembered! See how Casey diligently contributed to this project while coordinating with various professionals.

Thanks to CAPA, I was able to do an internship while studying in Dublin. My internship was with the Alumni and Careers Office at Griffith College, where I studied. I worked directly with Suzanna Doyle, who takes on the alumni office all on her own, with occasional help from the marketing team whom we shared an office with. The biggest project I had to work on this semester was the first ever Alumni Breakfast event.

This breakfast was a great way to network and reconnect with fellow Griffith alum, while also hearing from some speakers and giving out spot prizes. This event took a lot of time to plan, and I don’t think Suzanna and I could have done it without each other. What was great about my internship was that I didn’t feel like an intern; I felt like I had an important voice that was being listened to and valued. I was able to bounce ideas off of Suzanna and vice versa.

END_OF_DOCUMENT_TOKEN_TO_BE_REPLACED 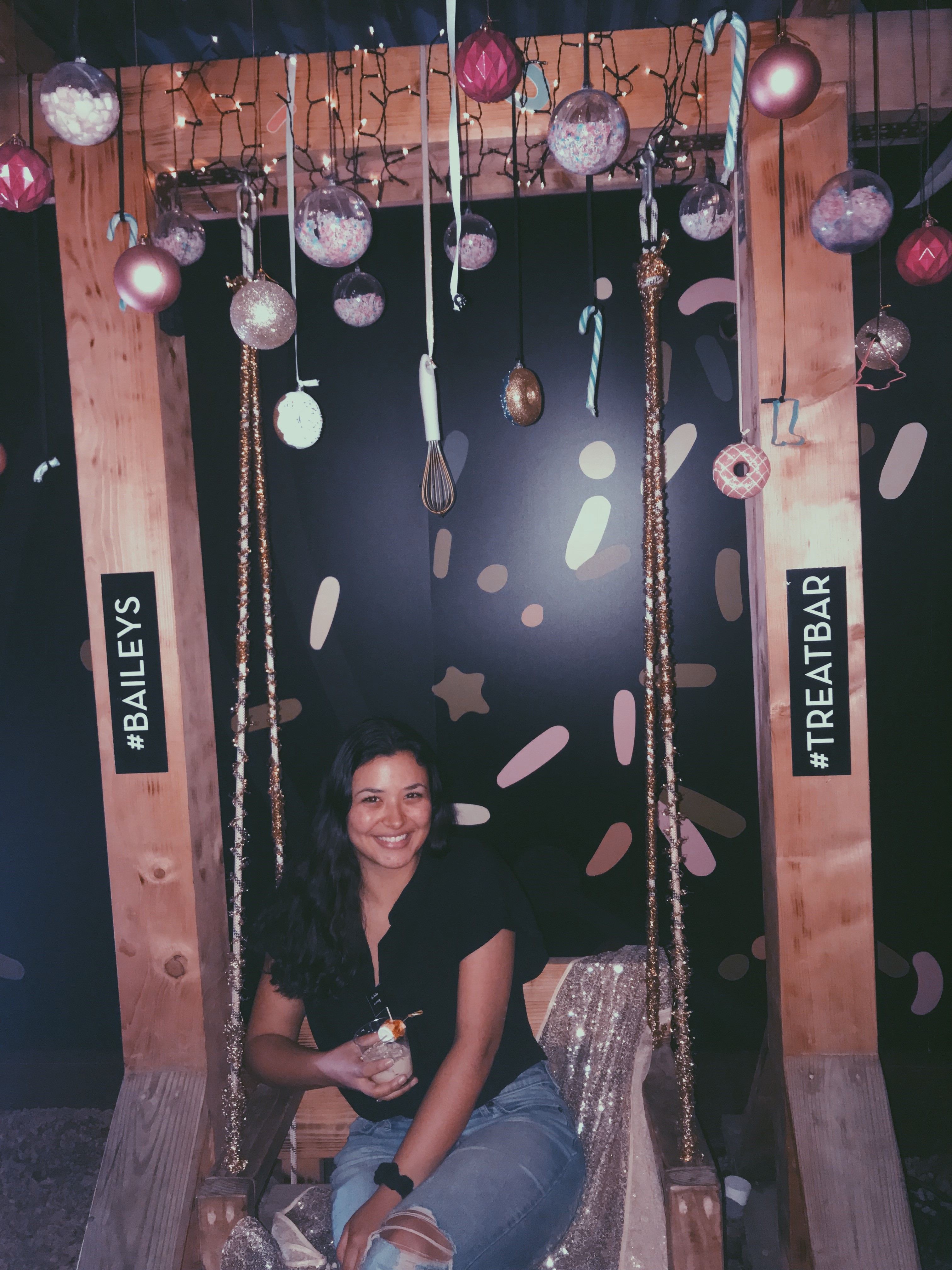 In this week's post, Casey shows us how Dublin gets into the holiday festivities at YuleYard. This winter wonderland in the heart of the city offers a variety of food, beverages, and markets to get your Christmas on!

This time of the year, I’m normally back home in Chicago for break. My mom makes almojabanas (Colombian cheese bread) with hot chocolate and my dad makes a homemade dinner that my sister and I had been missing while we were away at school. We’d go into the city and see the Christkindlmarket, which is a huge but compact Christmas market in the middle of the city. We’d see the big tree and the Macy’s windows. This year is different. I’m still here in Dublin and there’s no snow on the ground, in fact it’s not even that cold. I’m still in classes and have my internship, but that doesn’t stop us from enjoying some Christmas festivities.

END_OF_DOCUMENT_TOKEN_TO_BE_REPLACED

How I Managed My Mental Health Concerns While Abroad

In this week's post, Casey gets candid about managing her mental health while balancing studying, interning, and living in a new country. Here are some tips and coping strategies she's discovered and used to have an amazing and successful time in Dublin. Casey also lists some options for support while abroad.

When I first looked into studying abroad, I had to ask myself if I could handle it. Studying abroad is known to put you out of your comfort zone and test your limits. I didn’t know if I was ready for that type of experience. Many people ponder this question before choosing to go abroad, it sometimes even stops them from ever applying. People with mental or physical illnesses ponder this question a lot more. For me, I have been handling anxiety and an eating disorder for multiple years. Due to that reason, I wasn’t sure that I could study abroad. I had problems in the past being too far from home and adjusting to a new way of life. That feeling would be magnified twenty times if I decided to study abroad for a semester. I have found coping strategies from therapy and my everyday experience, and I felt confident enough I could transfer these strategies while I was abroad, which is why I did make it to Dublin this semester.

END_OF_DOCUMENT_TOKEN_TO_BE_REPLACED

Experiencing My Family History on a Solo Trip to Enniskillen, Northern Ireland 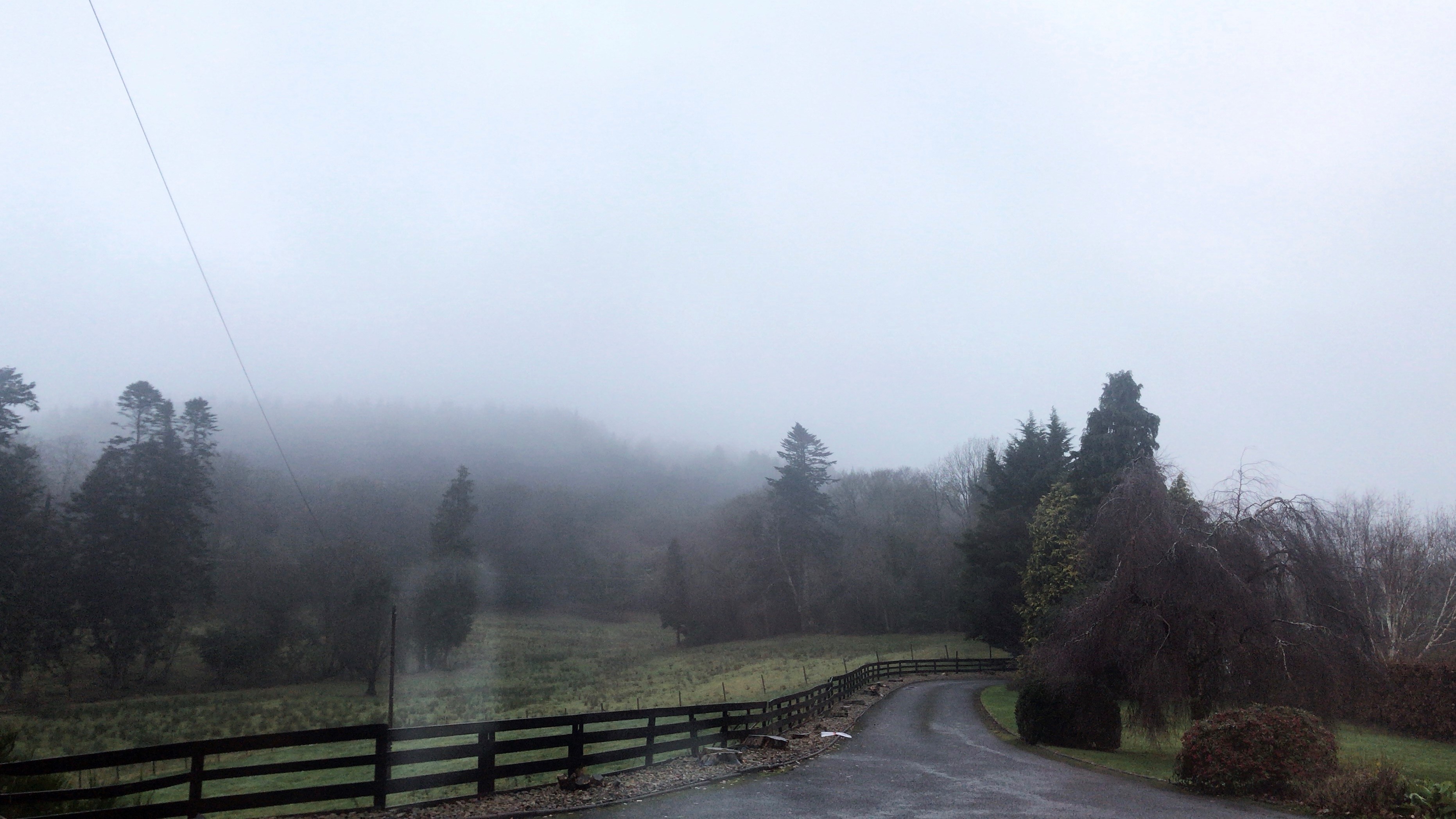 In this week's post, Casey brings us to Enniskillen in Northern Ireland to witness her family origins and landmarks. She spends the day there and experiences the charm of the town and its people, weather, food, and hospitality.

To some, traveling alone can be a scary thing, but to others it can be liberating and empowering. In my experience I’ve found it’s a bit of both.

I took my first solo trip after a day trip to Belfast with CAPA. I ended up in Enniskillen, Northern Ireland. Enniskillen is about a 2½ hour journey west from Belfast. It’s so remote, only one or two buses travel there a day. My Airbnb was located just outside the main city, which is basically in the middle of nowhere. Locating it was a struggle, and thankfully the town has nice people that helped me out, but that’s a different story.

END_OF_DOCUMENT_TOKEN_TO_BE_REPLACED

What It's Actually Like to Spend Thanksgiving with CAPA 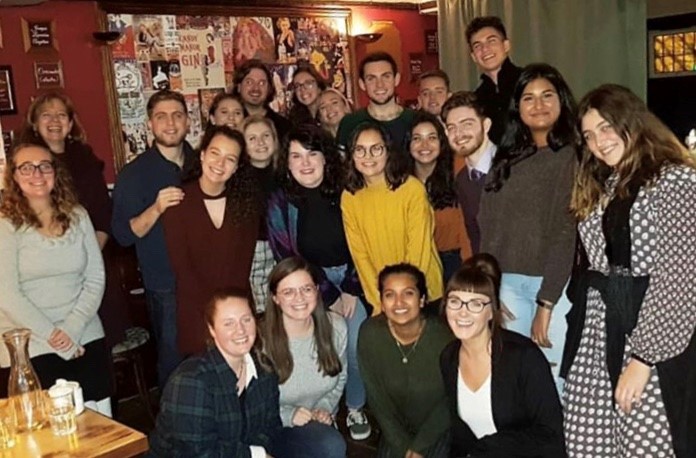 In this week's post, Casey shares how she overcame homesickness and celebrated Thanksgiving in Dublin with activities by CAPA and Griffith College Student Union. She also reveals what she's grateful for during this semester of adventure.

It has been a long, emotional, and fun week here in Dublin. Homesickness settled in as Thanksgiving approached. It was the first time I wasn’t home for a major holiday, and since Thanksgiving festivities aren’t celebrated in Ireland, I had to go to my internship and class. While that was unusual for me, the activities were a lot of fun.

END_OF_DOCUMENT_TOKEN_TO_BE_REPLACED

A Mid-Semester Escape to Naxos, Greece

In this week's post, Casey heads to Naxos, Greece with her roommate to enjoy a weeklong break filled with food, relaxation, sun, and time by the ocean. Read on as she shares about unwinding in between classes and feeling refreshed before heading back to Dublin!

Lacking Vitamin D and in desperate need of relaxation, going to Greece for assignment week was possibly the best decision I could have made. I walked off the plane and immediately felt refreshed and energized even though I had been up since 3am and on a plane for over 4 hours.

Most people chose to go to London and Paris or even Italy. Nope, not me. I wanted to lay on a beach and let my worries fall away just for a little bit, so Naxos, Greece was the place to go. My roommate and I joked that it was like we were on our honeymoon because of how beautiful the location was.

END_OF_DOCUMENT_TOKEN_TO_BE_REPLACED

Strategizing for Assignment Week in Dublin 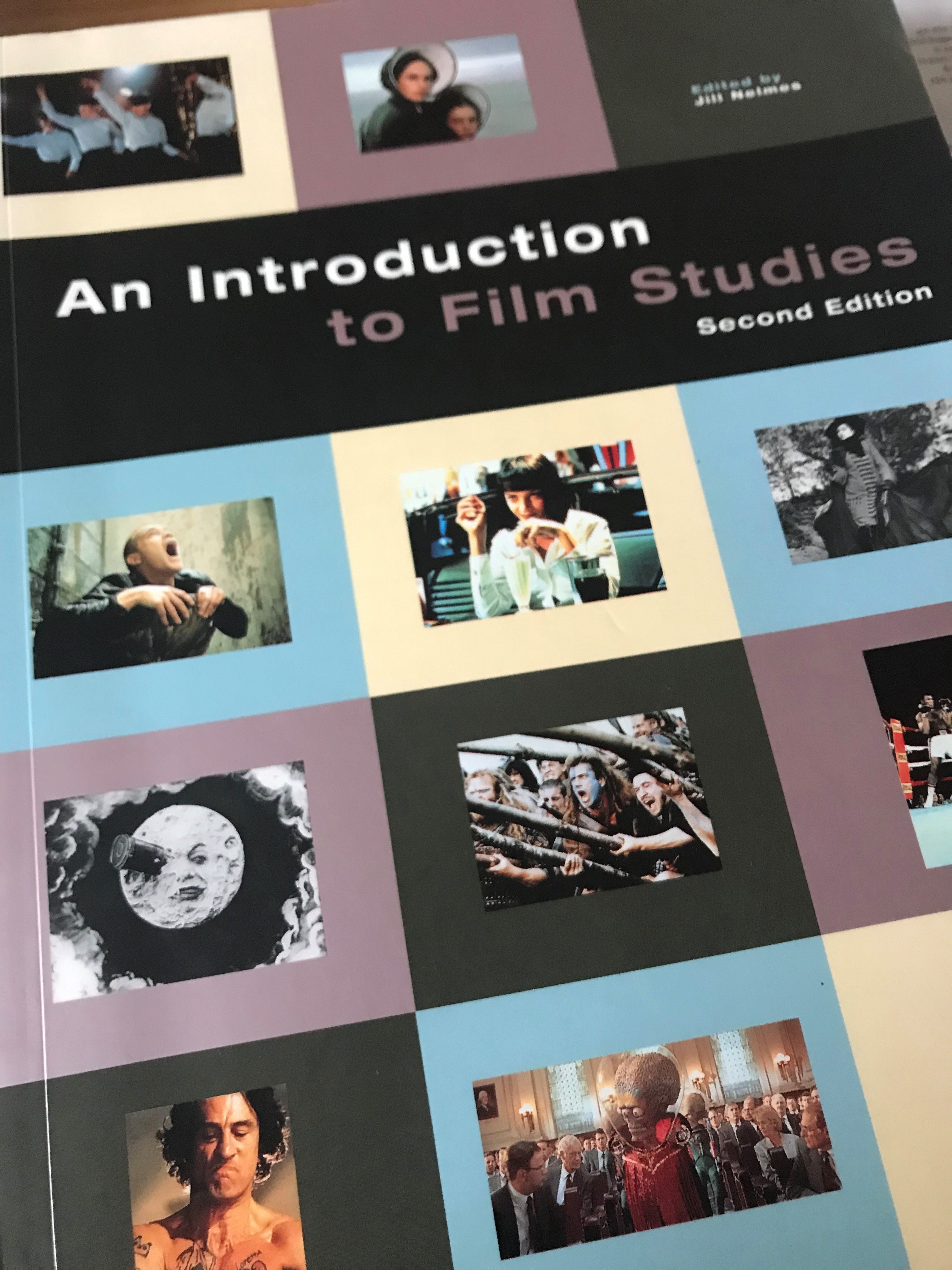 In this week's post, Casey talks about what assignment week is in Dublin and what college life is like during this time, including the projects she has worked on so far!

I’m in shock how fast time has flown by. It is officially midterm time and assignment week. This means there is only a month and a half left of my time studying abroad! For those of you who don’t know, assignment week is a week off for us students. It is supposed to be used to work on midterm assignments that are due the following week. A time where you do all your research and hope it’s enough to get you a passing grade on the assignment.

Not to say assignments aren’t important in America, but they’re way more important here. Between my two Griffith College classes I have a total of five assignments for the entire semester. I have three essays for my Film Studies course, each worth 33.3% of my final grade. For my Visual Communications course, I have two assignments, one worth 40% and one worth 60%. I have no final exams at all this semester. Also, grades don’t go up to 100 here, they go to 70. This means that I need a 40 overall in my classes to pass, or I fail. Talk about stressed, right?

END_OF_DOCUMENT_TOKEN_TO_BE_REPLACED

Experiencing Halloween in the Country that Started it All...Ireland! 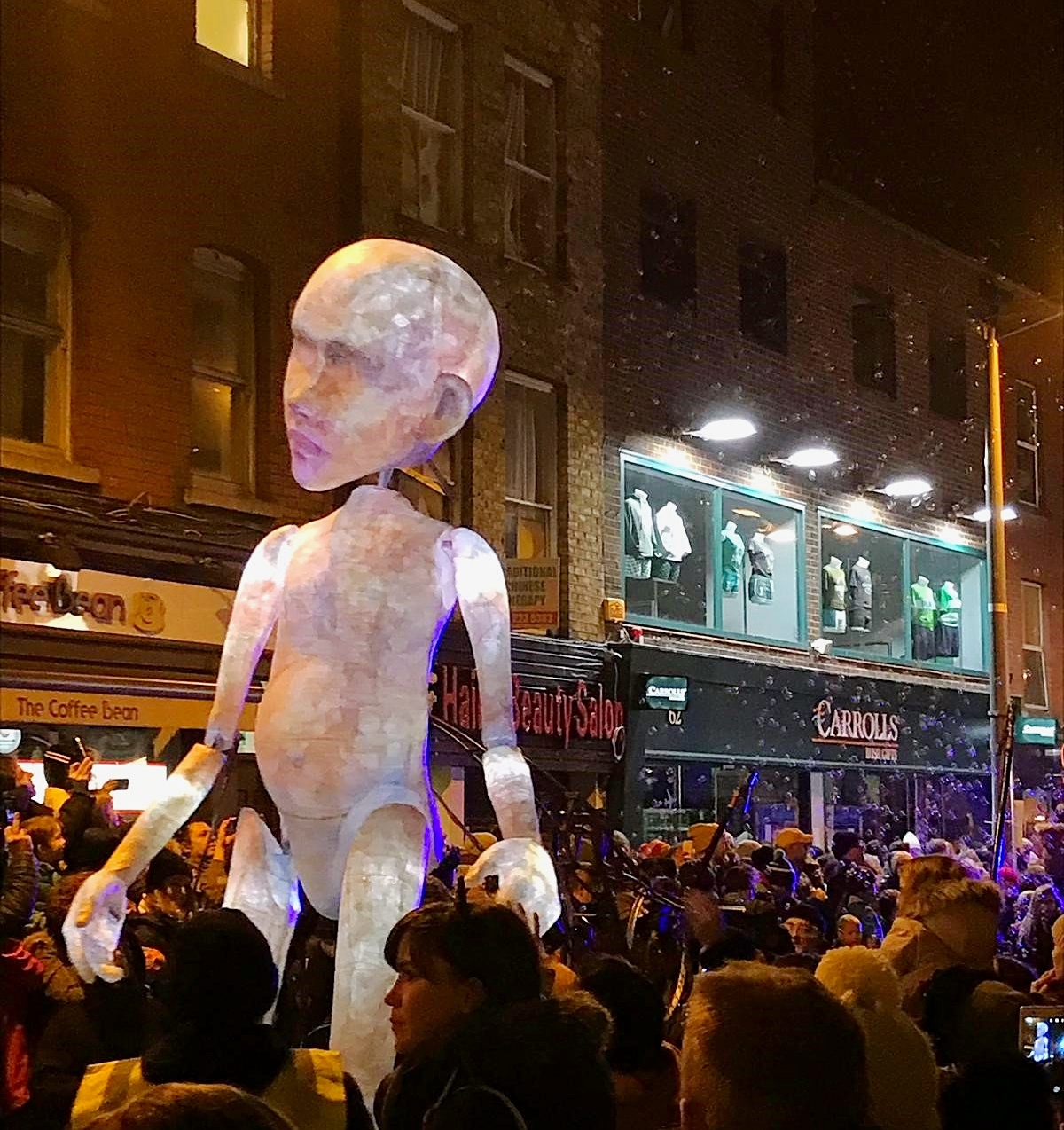 In this week's post, Casey makes the most of being in the country that started Halloween ON Halloween. Read more to hear about the unique ways Halloween is celebrated in the place that started it all, Dublin, Ireland!

Halloween is fun and all in America, but there’s something about celebrating it in the place it originated in. That’s right, Ireland is the original Halloweentown! No, not like the Disney Channel original movie. Originally called All Hallows Eve, Halloween was a time to build huge sacred bonfires, wear costumes usually consisting of animal heads and skins. This isn’t something that is done anymore, it’s more about the funny costumes like being a minion or being Napoleon Dynamite.

Unlike our festivities in America, where little kids go out for candy and adults throw wild parties, some of the festivities in Ireland during Halloween are more centered around tradition. They have festivities like a Mary Shelly poetry reading, the Bram Stoker festival, and a parade with giant spooky floats.

END_OF_DOCUMENT_TOKEN_TO_BE_REPLACED

An Internship With the Griffith College Alumni and Careers Office 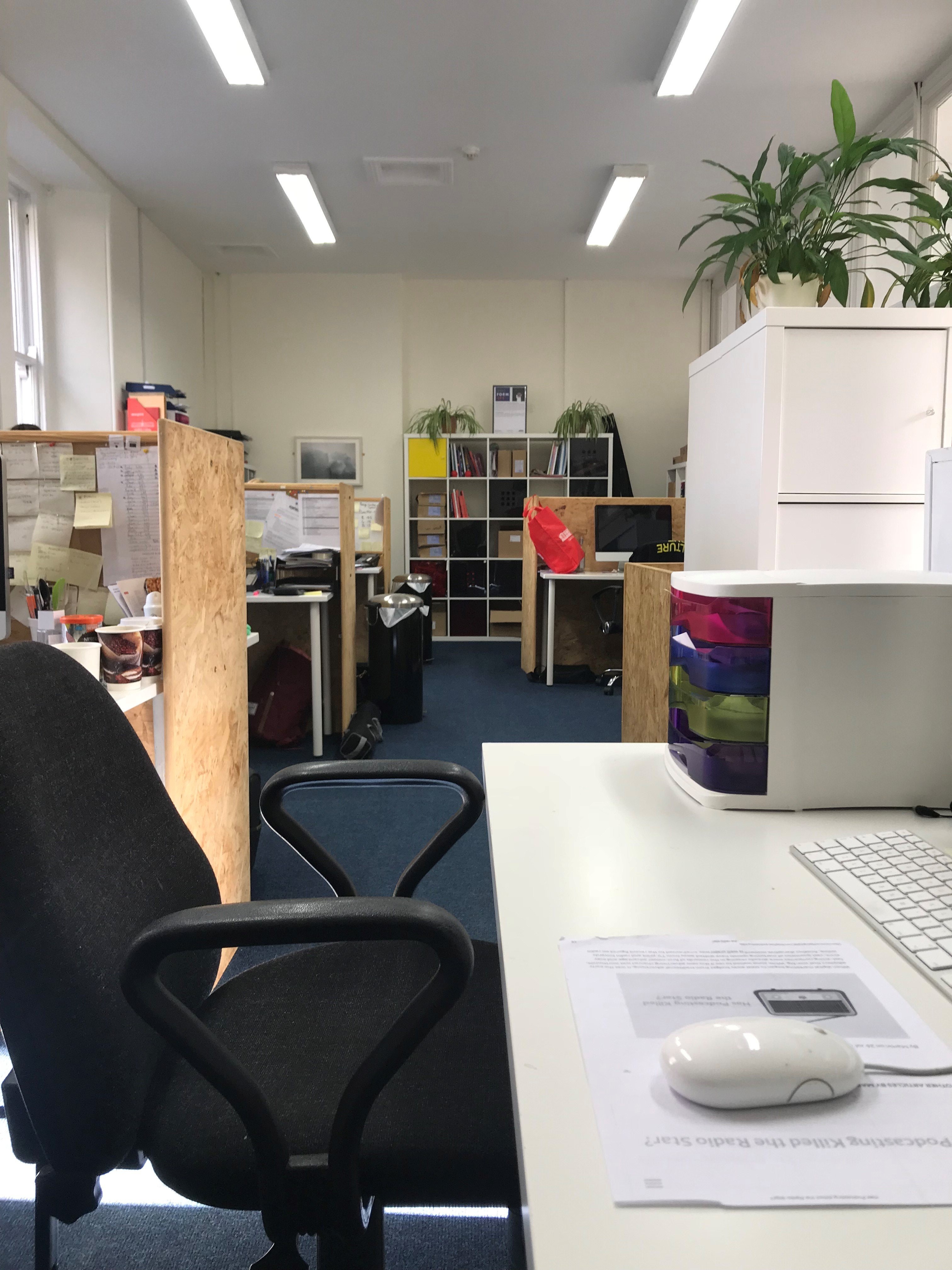 In this week's post, Casey talks about her marketing internship at Griffith college, what her daily work looks like and how her internship placement fits into her weekly schedule.

As a CAPA student I had the opportunity to do an internship in a field that interested me. Having an interest in marketing, I was placed right on campus with the Griffith College Alumni and Careers Office. Not only is Griffith a great place to work, I have the shortest commute of all my friends! I work directly with the amazing Suzanna Doyle who is the Alumni Officer. Each day she checks in with me to see how my weekend was or how I’m feeling. She’s a great boss truly. I work Monday through Thursday for a total of 20 hours a week. Monday’s are my longest days where I work a full 8 hours.