Behind the Scenes of a Closed-Doors Restaurant in Buenos Aires 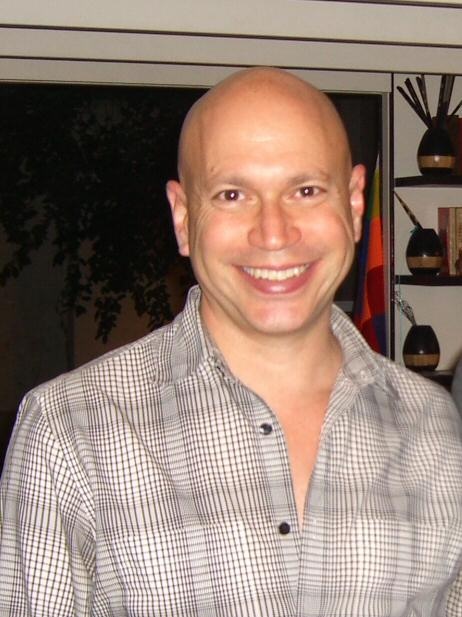 Meet Dan Perlman, American expat, the voice behind the popular Saltshaker blog and chef of a closed-doors restaurants called Casa SaltShaker (see photos throughout the interview!) in Buenos Aires where he now lives. He's also a certified advanced sommelier, trained pastry chef and baker, author, food writer for other publications beyond his own blog and world traveler. Below, Dan talks shares some of his favorite places to enjoy traditional food from Argentina on a student budget, what it's like behind the scenes of Casa SaltShaker and some general tips for newcomers to Buenos Aires. 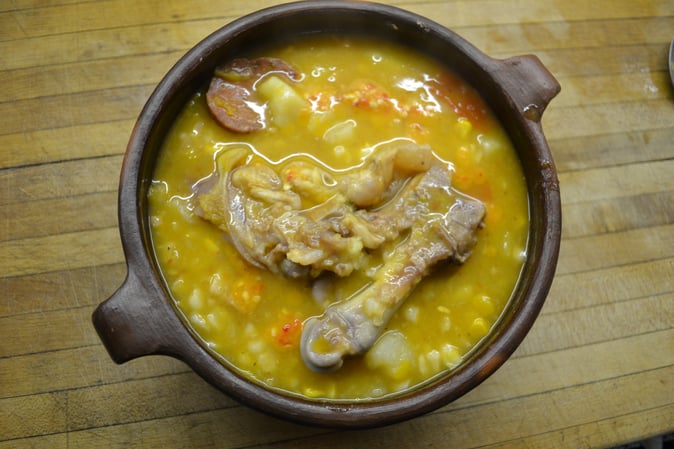 CAPA WORLD: Tell us a bit about yourself.
DAN PERLMAN: I grew up in Ann Arbor, Michigan, went to school there, and then after college headed to New York City to go to graduate school. After a year of that, I decided it wasn't for me. I ended up staying in New York for almost 23 years, most of the time working in the food and wine world, either as a chef or sommelier, and also throughout the time, wrote about food and wine for various magazines and newspapers. 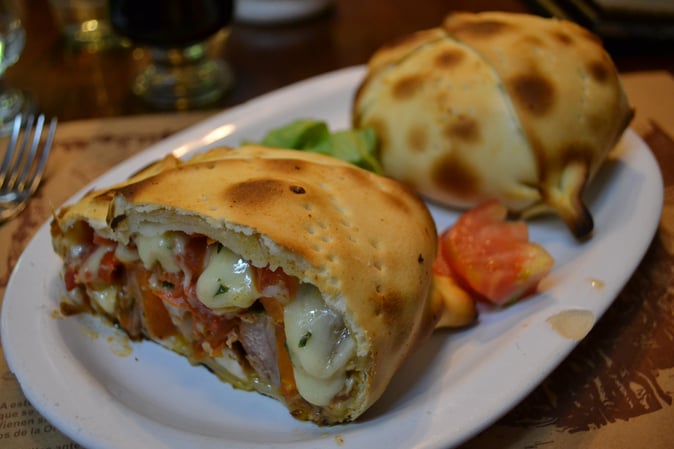 CW: As the voice behind the popular Saltshaker blog and from your background in many areas of the food and drink world, how would you describe the current foodie scene in Buenos Aires to someone who has never been?
DP: It's sort of exploding right now. When I first moved here, it seemed very staid, very stuck in the past. If you went out, you went out to a parrilla (steakhouse) for steak, potatoes and salad. Maybe a fancy Italian or Spanish restaurant. If casual, maybe pizza. While there were other options, they were both few and far between, and, often, not very good nor authentic. Over the last decade the entire food scene here has really blossomed, with amazing creative chefs offering up modern takes on Argentine cuisine, and fusing it with elements from across the globe, and, there's been a massive improvement in both quality and quantity of alternatives - other cuisines and styles of food available. 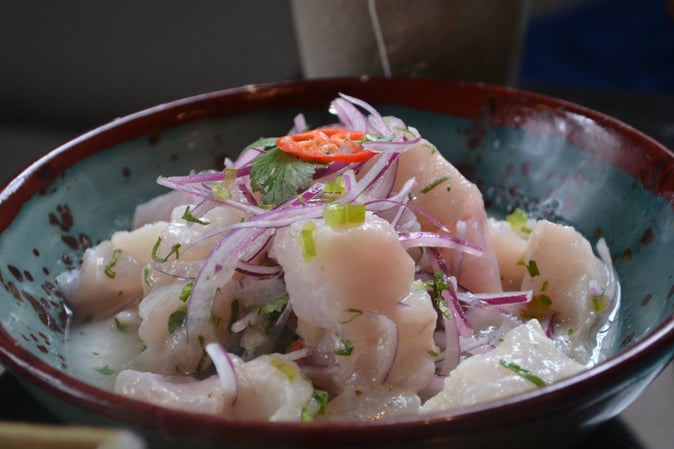 CW: Tell us about the "closed door" restaurant culture in BA. What does this mean and how do people get involved?
DP: Closed door restaurants here have been part of the fabric of the restaurant and dining world pretty much for as long as anyone can remember. I've seen news clipls and talked to people who remember places that were open decades ago. Even eleven years ago when we first started thinking about opening, there were places that had been open 20 and 30 years at the time. What's changed is the whole world of the internet and social media. It used to be you had to know someone who happened to tell you about a place, so things built slowly through word of mouth which was true our first couple of years open as well. Facebook, twitter, and the rest, have simply cast light on a world that was in shadow previously. And that, too, has brought the idea to people who otherwise might not have thought about opening such a business; it simply wouldn't have occurred to them before. Now, and with the boom in the "sharing economy", it just seems a natural alternative.

CW: What's Casa SaltShaker, your own "closed door" restaurant that you run from your apartment like? What do you cook? What's the atmosphere like? How can people join in?
DP: In simple terms, it's a dinner party in our home that people pay to attend. We have a single table for up to ten people, most of whom don't know each other prior to the dinner, to share in a meal. We offer up a constantly changing, market driven menu of five courses, each paired with a local wine. We're open pretty much full time. Sometimes, during busy season, we open as many as five or six days a week, and in off season, perhaps two or three. It's easy to participate: we have a website, it's got a schedule (as well as lots of other details), it's got a reservation form. If we've got availability, you're pretty much in. We don't make people jump through hoops to come to dinner. 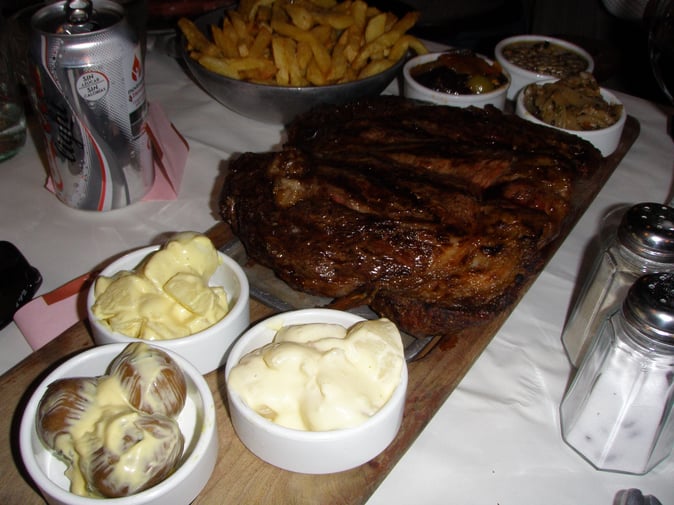 CW: You've written several books, including a Spanish-English dictionary specifically about food and wine! Share a phrase that newbies to the city should definitely know and one that would impress a local.
DP: Hmmm.. that's a tough one surprisingly. Nothing stands out as a particular phrase that one should know, but a couple of things to keep in mind.... "El menú" which we might think of as requesting a menu, is not that; it's a prix fixe menu of the day. If you ask for the menu this way, don't be surprised when no one brings a listing, instead bringing you a soup or salad followed by a main course of the day. The word you want is "La carta". 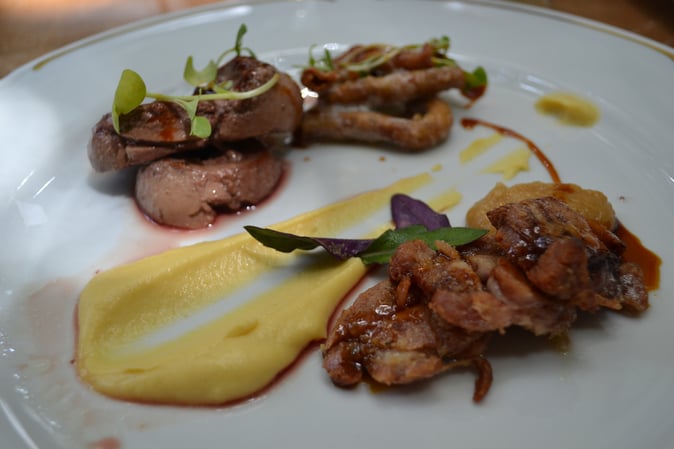 CW: Which three restaurants would you most recommend to students who love great food but are traveling on a budget?
DP: Truthfully, BA's not a cheap place when you really look at what things cost. It may seem it at first, especially towards the high end, where the pricier restaurants are deals compared to their US or European equivalents. But at the lower level, if you want anything of quality, you'll pay for it, and while it may not rival New York or San Francisco or London sorts of prices, it's equivalent to more "heartland" metropolitan city prices. That said, some of my favorites (limiting myself to local cuisine) are El Sanjuanino for regional Argentine dishes and great empanadas, Güerrin for local, Argentine-style pizza, and for a bit of a splurge, but still not expensive, Las Pizarras for very creative, hearty, local fare. 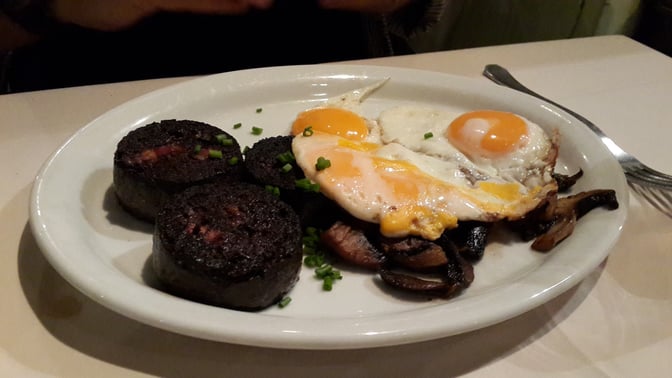 CW: What's the best thing about living in Recoleta?
DP: Transportation, seriously. It's in the heart of a lot of things that one might want to do, like visit museums, and great shopping, but in some ways, more importantly, you can get to anywhere in the city from here, easily. 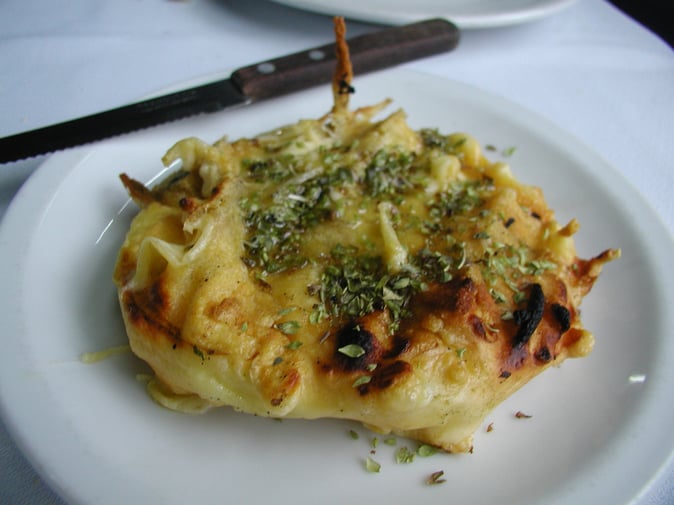 CW: Best place in Buenos Aires for:
DP:
Choripán - Any of the stands along the Costanera Norte (the boardwalk along the river)
Steak -  A toss-up between Don Julio for classic Argentine style and La Carneceria for something more modern
Empanadas - As mentioned above, El Sanjuanino here in Recoleta are pretty much my favorites
Mate - Mate isn't something that's generally served commercially. There are a few places around that will make it for you, but it's a social experience to have with friends, not something you'd generally have in a restaurant, nor solo. So, make friends with locals and get invited to come along.
Coffee - Establecimiento General de Café which has a couple of locations between Recoleta and the center of town, and Lattente in Palermo.

CW: Favorite food memory from Argentina?
DP: Discovering provoleta for the first time. It's basically a grilled cheese sandwich without the bread... you'll have to think that one through, but don't miss out.

CW: What top three tips for making the most of the city could you give to Americans visiting Buenos Aires for the first time, studying there for about four months?
DP:
1. Learn the language, at least the basics, as quickly as possible. It completely changes your experience of being in the city.
2. Use public transit, the buses in particular, but also the subway, to get around. It just brings you closer to everything and, let's face it, it's not locals who are shelling out the bucks for Ubers and taxis if they don't have to.
3. Check out the museum world. There are some amazing museums here, something close to 200 of them in the city - don't just hit the well-known ones, and if you're here at the end of October, we have La Noche de los Museos, a festival that runs from early evening until the wee hours where all those museums open their doors for free and people make a real thing of it, getting out and visiting spots they've not been to.

Find out more and stay connected: