Beyond the Campus - Get to Know the Ultimo Neighborhood

The University of Technology Sydney (UTS) is very central and well-connected. It sits at the crossroads of the Ultimo, Haymarket, and Chippendale neighborhoods, within a growing education, innovation, and creative hub at the southern edge of the Central Business District. Life at UTS comes with all of the convenience and cultural perks of a global city you’d expect, plus the added bonuses of Sydney sunshine and seaside.

Read on to find out about some of our favorite local highlights, restaurants and entertainment, useful amenities, a brief snippet of history, a look at the area’s demographics, and some notes on transport links.

A BRIEF HISTORY OF THE AREA

Though it is spread out, the largest part of the UTS campus is located in Ultimo, so we’ll take a look at a brief history of this area for an idea of how it has changed and developed over the years:

Ultimo was originally part of the rural farmland estate of surgeon John Harris and his family until 1859. Then most of the streets were laid out and the first row of terraced houses was built. Skip ahead to the year 1900 and the population had grown to 30,000 people. Some of these homes were then demolished to make way for industrialization, with factories, quarries, woolstores, and a power station moving in. By 1954, only 5,000 people were living in the area, and by 1978, there were only 1,800 residents. In the 1950s, Festival Records, Australia’s leading record company, had its headquarters in the area. From the 1980s, land became more expensive, industries moved out and developers moved in, creating homes again. Now it’s a bustling, exciting city space continuing to be developed as the years go on. 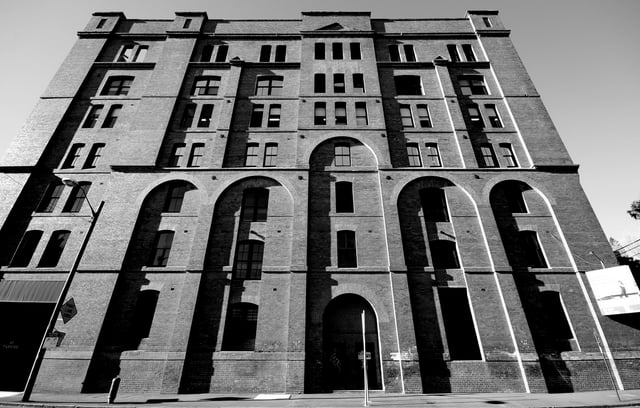 About a seven-minute walk from UTS, you’ll find yourself at the White Rabbit Gallery, a colorful place where you can take in one of the world’s most significant collections of Chinese contemporary art. There are four floors to explore, free film screenings, and a tea house.

Sydney’s Chinatown is the largest in Australia and is just a short walk from campus. Dixon Street is the pedestrianized heart of the area. Visit for food, busy stalls, oriental architecture, Asian culture, and festivals at certain times of year. Don’t miss a visit to the night market.

Wander over to Victoria Park for some green space and a beautiful lake if you’re looking for somewhere to picnic or relax. Keep an eye on the calendar because events sometimes take place in the park, including Yabun Festival (an annual celebration of Aboriginal and Torres Strait Islander cultures) and many others. 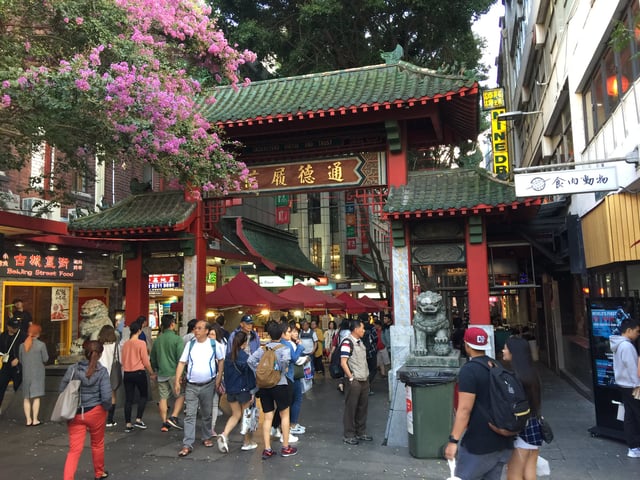 First on your list of places to eat near campus has to be Concrete Jungle, right across the street from the main UTS building. You might even recognize their Blueberry Hotcake and Blue Majik Smoothie Bowl from Instagram. Pick up specialty coffee from The Caffeine Project, a local favorite. If you prefer tea, walk 10 minutes from campus to The Rabbit Hole which has 20 different flavors of local organic teas. Another great morning stop, especially for anyone who loves their flavored lattes, is Local Mbassy (try the red velvet version!). Add to your list Lush Bucket Cafe (for home baked sweet treats), Qube on Bay (for beautifully presented Black Sesame French Toast), and TNS Coffee Project (great place to sit with your laptop and a hot drink right across from campus).

For dinner, take your pick of Malaysian, Cantonese, Japanese, Singaporean, Thai, or Vietnamese at Spice Alley; try the amazing Thai food at (the somewhat hidden) Thai Terrace Exclusive; head to The Upside Cafe for a burger; or find vegan and gluten-free options, homemade-style, at The Black Groodle.

Dessert nearby UTS has to be Anita Gelato. Try Watermelon and Fresh Mint for something refreshing, or calm your chocolate cravings with Chocolate with Almonds and Caramel.

All of the above are within a quick walk from campus, but wander a bit further or hop on public transportation and there is an infinite number of options elsewhere in Sydney, many within very easy reach. 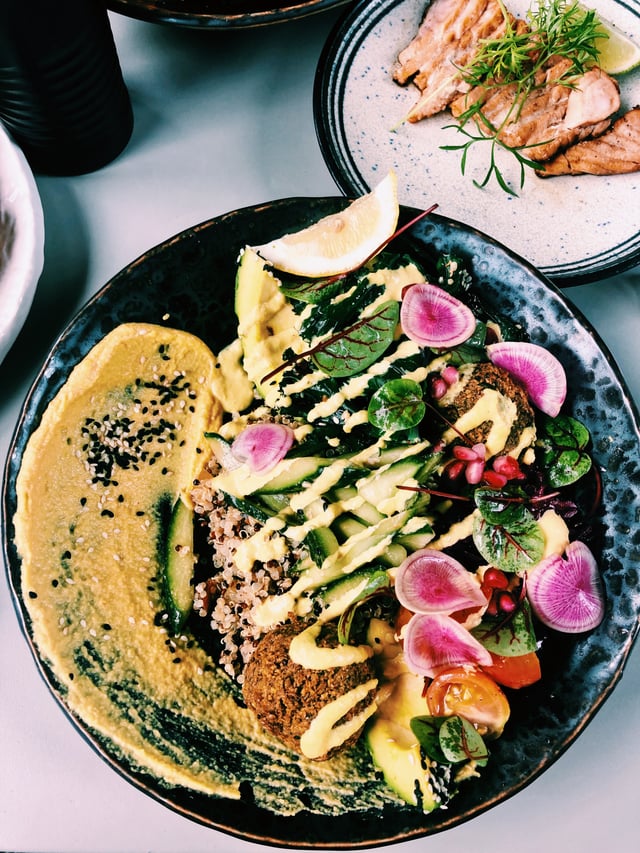 The UTS campus is central and close to many of Sydney’s landmarks. The excitement of global city life and all of the culture, parks, markets, nightlife, and more is truly just outside your door.

If you’re interested in the spaces where science and design intersect, check out the nearby Powerhouse Museum (which occasionally has short exhibitions featuring props and design elements from films, like Star Wars and Harry Potter, for example). Stop for a rest in the peaceful Chinese Garden of Friendship, and then continue on to the famous Darling Harbour, which is about a 15-minute walk from campus.

For a longer walk, you’re 20 minutes (via vibrant Chinatown) from Hyde Park. Continue walking through the green space, past the Hyde Park Barracks, and you’ll come to the Art Gallery of New South Wales, followed by the Royal Botanic Gardens, and then the Museum of Sydney, and finally the Opera House on the coast.

If you walk 15 minutes in the opposite direction from campus, you can explore Glebe and Glebe Markets, a bohemian marketplace where you can find everything retro, vintage, up-cycled, and re-worked. 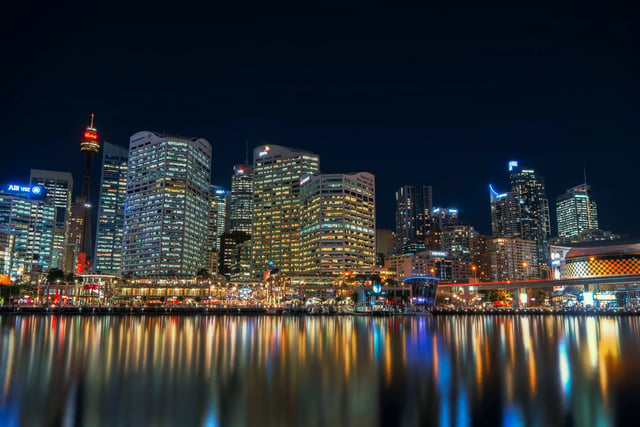 Directly across from the UTS campus, you’ll see a fascinating plant-covered building. This is the very convenient Central Park Mall where you can find everything from health and beauty essentials to clothing to houseware to food.

A short walk to the other side of campus and you have Market City in Chinatown which also has clothing, beauty, electronics, food, and more, but in an Asian street market, or flea market, style. Paddy’s Market is inside the building too. Plenty of cheap deals to be found.

The majority of the UTS falls within Ultimo, so we’ve gathered a few statistics from the most recent census of this area, taken in 2016. It’s worth noting that Sydney’s vibrant Chinatown is both here and in the neighboring suburb of Haymarket, which explains the large Chinese population! 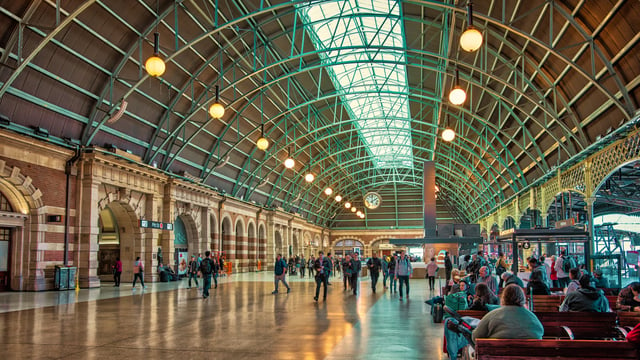 UTS also offers three shuttle bus services. There’s a security shuttle bus that goes between city campus buildings and students’ accommodation nearby seven nights a week, from 6:30pm-2:00am. There’s one shuttle bus during session time between the Tower forecourt and Driver Ave at Moore Park, and a third for students going to the UTS Tech Lab during the week.

Note that it’s always worth double checking time tables for any changes or delays before you travel.