Beyond the Campus - Student Life in the Global City of Barcelona

Universitat Pompeu Fabra (UPF) is truly an urban campus, clustered in three main areas of Barcelona: Ciutadella, Poblenou, and Mar. The majority of CAPA students will study on the Ciutadella campus, so this blog will focus on the neighborhood where it this campus is located and the walkable areas nearby. This is called Barri Gòtic (or the Gothic Quarter), which is within the larger Ciutat Vella (old town) district. UPF is very well connected to the rest of the city, located near the neighborhoods of El Raval, with its art galleries and famous La Boqueria market, Poble Sec’s old-school playhouses and charming cafes, and La Barceloneta, which is lined with sandy beaches.

Read on to find out about some of our favorite local highlights, some useful amenities, a brief snippet of history, a look at the area’s general demographics, and some notes on transport links. 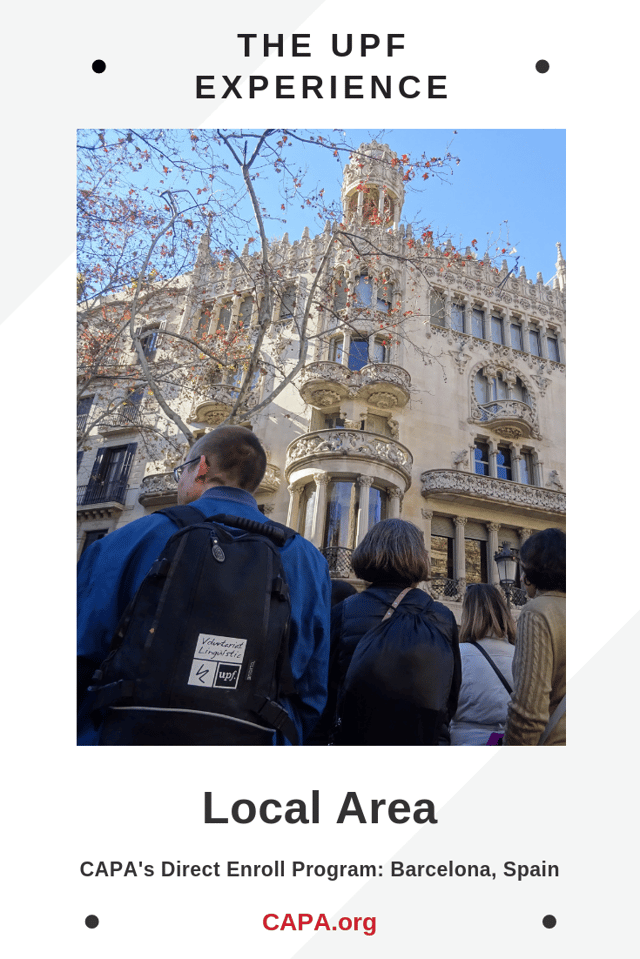 HISTORY OF THE AREA

The oldest parts of Barcelona can be found within the Gothic Quarter, including the remains of the old Roman wall and several medieval landmarks and architectural details. The Romans built their city wall here in 133 BC. The city changed hands several times from the Christians to the Moors. Then, the area played a role in the 12th century when Barcelona was one of the most important powers in the Mediterranean region. In the 19th century, industrialization brought wealth to the area, and the old Roman walls were torn down around 1854. Before the 1929 International Exhibition, the neighborhood was a somber place, but with a restoration program in place, it was soon transformed into a district that attracted tourists. The Neo-gothic bridge, Pont del Bisbe, built in 1928, is one of the most well-known historical landmarks in the area. It was given further attention with additional renovation, especially in the area around the harbor, in time for the 1992 Olympic Summer Games. 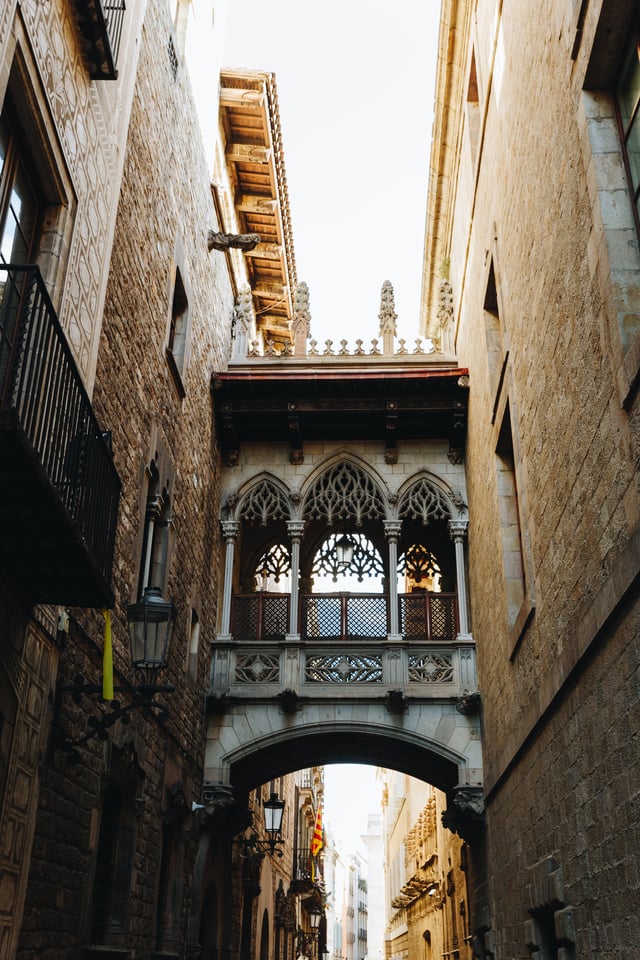 Escape the urban rush with a 10-minute walk to one of Barcelona’s most idyllic parks and one of the greenest spaces in the city center. Clear your mind with long walks, check out the park’s attractions (the zoo, the Catalan Parliament, Museu d'Art Modern, The Zoological Museum, and the Museu de Geologia), relax with a picnic lunch, or rent a boat and go rowing on the lake.

In less than 15 minutes, you can walk to one of Barcelona’s most popular golden sand beaches. There you’ll find an a promenade scattered with palm trees, restaurants along the edge, and a northern stretch called Somorrostro which, if you’re studying abroad in the summer, has beach libraries set up underneath the boardwalk.

Architecture has long been one of the biggest draws to Barcelona and, in a 16-minute walk, you’ll reach a stunning example of the Catalan modernista style, the Palau de la Música Catalana, a breathtaking concert hall designed by architect Lluís Domènech i Montaner. 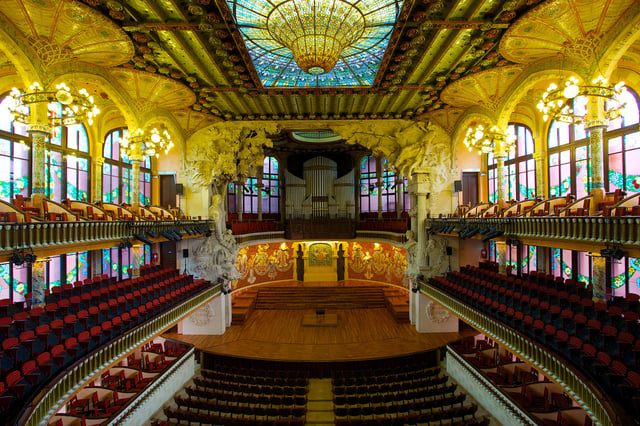 Right near campus is an authentic (and affordable) tapas bar called La Plata that is still serving up some of the same dishes they were when it was founded in 1945. Something of an institution in the city, it has even welcomed several famous guests. Another great option for tapas just outside of campus is the award-winning Sensi Tapas. For fancier Spanish cuisine, La Dentelliere will bring some highly instagrammable dishes to your table.

If you’re in the mood for Italian, head to Macchina Pasta Bar. Nearby, Arabia Cafe-Restaurant is an excellent choice for Middle Eastern cuisine. If you need a Mexican food fix, Carabela Cafe is across from campus. For cheap and delicious empanadas and other Latin American dishes, check out La Fabrica around the corner. You’ll also be very near the best pizza in the city, from Pizzeria Da Nanni Barcelona, which is rated the number one restaurant in Barcelona with 984 5-star reviews on TripAdvisor.

The oldest restaurant in Barcelona, Can Culleretes (1786), is also just a few minutes from campus. It has become a bit of a tourist trap, but worth a visit at least once.

For a sweet treat, head over to Swift for gelato. It’s set in an old print shop overlooking the original city walls.

All of the above are a five-minute walk or less from campus, but walk further in any direction and you’ll open up an infinite number of other options. 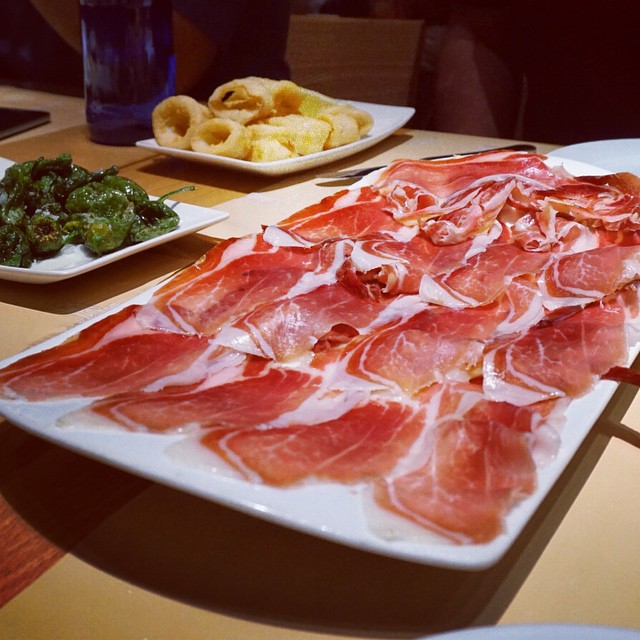 You’ll be studying in an area of Barcelona where it’s fun to play tourist, even if you’re living like a local. Within a 15-minute walk from campus in any direction, there’s a ton to see and do. Much of the Gothic Quarter is pedestrianized and the area is bursting with independent shops, cafes, art galleries, and interesting architecture.

Wander the charming, narrow labyrinthine streets. Visit the Barcelona cathedral and the opera house. Sit in Placa Reial, a square surrounded by cafes and palm trees, to relax for a while. Browse the artwork in the Picasso Museum. Take a photo of Botero’s famous fat cat sculpture. Attend a tasting at the Museum de la Xocolata (Museum of Chocolate). Marvel at the architecture of Basilica de Santa Maria del Mar. Pop into Happy Pills for a dose of sugar in a candy shop that looks like a pharmacy with rows of gummies packaged in medicine bottles and pill boxes. Swing by Palau de la Generalitat de Catalunya to see the government buildings. Soak up the contemporary art scene at MACBA and watch the skaters who are always outside. And enjoy the port with a walk along the beach where you can see Frank Gehry’s famous Escultura el Peix d’Or (Gold Fish Sculpture).

The area near UPF is also home to one of the most famous streets in the city, La Rambla, and one of Europe's largest food markets, La Boqueria. Go in the morning before it’s too busy, and stop to enjoy a tapa or two at one of the small bars inside.

Keep walking outward from UPF in any direction, and you have all of Barcelona at your fingertips. A particularly nice place to explore with a long walk is Parc de Montjuic. 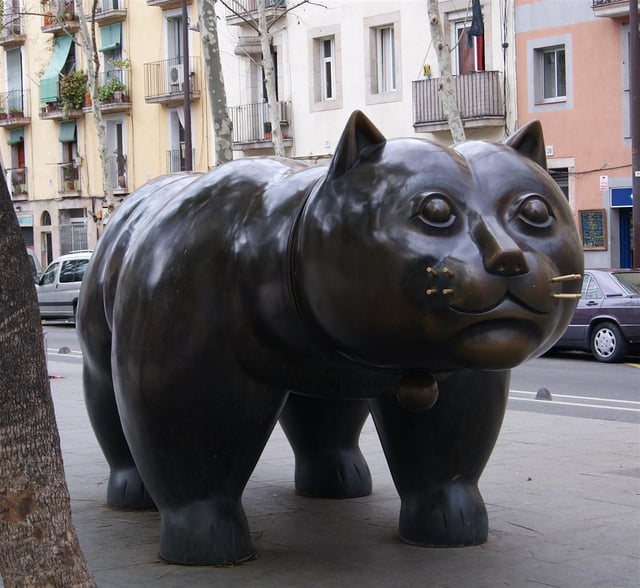 There are many small shops and supermarkets around campus, including one that is open 24 hours. Head up toward the top of La Rambla, and you’ll find a large Carrefour supermarket with everything you need. Down by the marina, there’s a shopping center called Maremagnum which has three floors full of shops with everything from clothing and shoes to electronics, as well as many restaurants.

The neighborhoods of the Raval, Gòtic, Barceloneta, Sant Pere, and Santa Caterina i la Ribera are all included within the district of Ciutat Vella where UPF’s Cuitadella campus is located. Just over 100,000 people live here. Here are some stats from the latest set of demographics, taken in 2015: 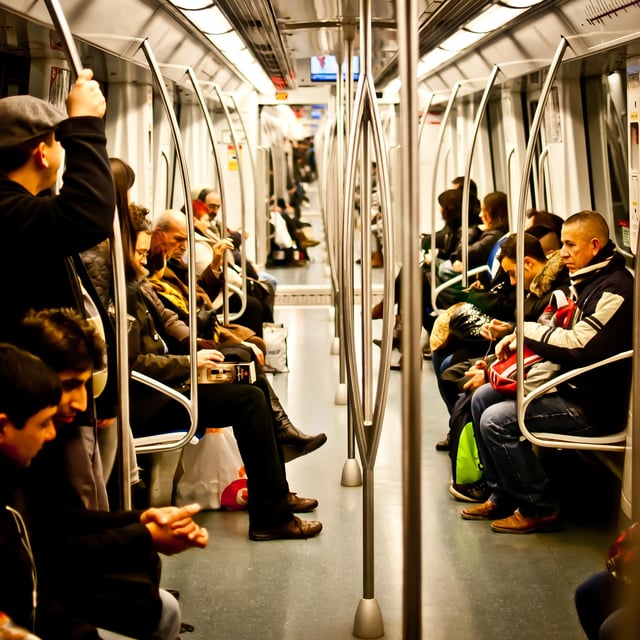 UPF is easily accessible by metro, bus, or bike. The closest metro station is Drassanes, but it’s also easily walkable from Jaume I, Barceloneta, and Liceu, all within 10 minutes. The closest bus stops are just a minute or two walk away: Moll de la Fusta, and Pl de la Mercè. Many UPF students also cycle to class, which is cheaper and more environmentally friendly. Check out the city’s bike scheme, called Bicing, to see if that’s an option for you.