At the annual CAPA symposium in March we discussed these inter-connected themes because they are crucial to the theory and practice of education abroad. They will also be explored in greater depth in our next Occasional Publication (May 2018). The notions are problematic, made complex by history and contemporary dynamics. A myriad of factors including technological change, political will, prejudice, aspiration, ethical practice, competing ideologies shape the ways in which we perceive borders, and understand mobility and migration. In addition, the question of mobility signifies a distinction between privilege and dispossession on a global scale; critically, do you have a choice, and can you go home again?

Crossing borders is at the heart of our endeavours in education abroad. These borders may be geographically defined or, like nations, be political inventions. They may also be metaphorically constructed, as the perceived barriers between ourselves and the unfamiliar. They are also not static: political borders and nations come and go. Where is Yugoslavia? In An Atlas of Countries that Don’t Exist (London: 2015), Nick Middleton supplies examples of 50 countries whose borders are now matters of aspiration or imagination. In our living memories, the map of Europe has been redefined.

We know that technology has progressively shrunk the spaces that we now consider unfamiliar. Nevertheless, in education abroad, we deal in distinctions and differences, construct “abroad” as alien space that we need to teach students to negotiate (in notions of cross or inter-cultural studies). This rather archaic emphasis, heavily reliant on the somewhat 19th Century notion of the primacy of the nation state, and on the illusion that nations and cultures coincide, obscures the possibility that technological change has eroded national distinctions, particularly for the generations we think of as “digital natives.”

The “country” in which those natives live is not constrained by geographical borders. Boundaries have become increasingly porous while, simultaneously, ideologically-driven policies may seek to reconstruct political or legal barriers: building walls rather than bridges.

In short, we recognize the value of exploring local differences, but we need also to consider that what unites us may be as important as that which divides us. Technology and internationalist ethics coincide to make the border a contested idea: not necessarily or inevitably a definable boundary between here and there, or us and them.

The borders between ourselves and the unfamiliar may have altered but there is inevitably a boundary of consciousness.: a metaphorical border between us. We challenge students to cross probably the most difficult border of all: that which separates the primacy of self from the realities of others. We are only at the centre of our own world and peripheral to others. That is a profound lesson and a difficult experience, not just for our students but for all of us. 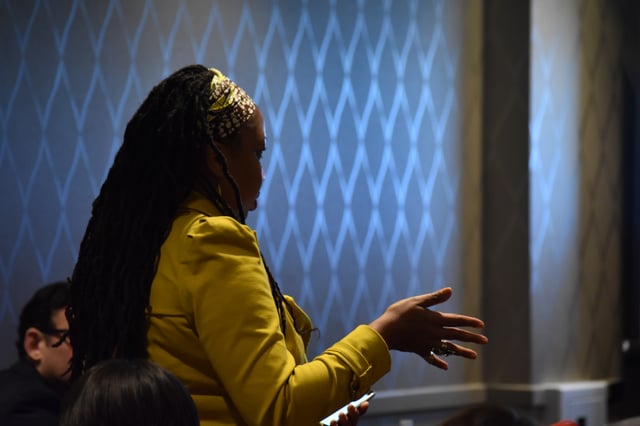 Mobility is central to our work: a pre-condition for education abroad. However, we also want students to understand that voluntary mobility is a privilege. Many in this troubled world are precluded from mobility by poverty or politics. For others, mobility is an involuntary, forced trauma. For us and our students, a privileged elite, we see mobility as a process in which we go towards something positive: education, adventure, encounters with others, and enlightenment. For many more, mobility represents a retreat from disasters: an imposed loss of home and exile. The distinction between going toward and retreating from is critical to understanding the paradoxes of mobility.

Over the summer, I had an opportunity to study how different kinds of mobility had impacted the Jews and the Roma in Europe. I was able to learn that the richness of our language gives us nuanced, important distinctions between the words we use to describe mobility. Those distinctions have roots in subjective interpretations of history.

Banishment, exile, expulsion and deportation are terms that permeate the histories of the Jews and Roma. Similarly, the Cherokee (among other Native American tribes) were forced off their lands in the 1830s as part of an Indian removal policy in the U.S. This enforced exile, “the Trail of Tears,” displaced an estimated 100,000 people of whom some 15,000 perished. It demonstrated the power of a dominant group over weaker communities. The line between exile and genocide was blurred. Between 1904 and 1907, German colonial forces in what is now Namibia pursued a policy of expulsion in which Herero, Nama and San people were driven from their homes largely to die in the desert. Those that survived were imprisoned in concentration camps and subject to “scientific” experimentation which prefigured Nazi outrages. An estimate of over 130,000 people were exterminated.

There are too many other historical examples of enforced mobility. Between 1967 and 1973, the residents of Diego Garcia were expelled by the British government to allow the U.S. to establish a military base. Frankie Bontemps, the chair of the Chagos Islanders Welfare Group said of this collusion of the powerful over the weak: “We have been British citizens for 200 years but are treated as undesirable aliens.”

The late Rabbi Hugo Gryn described the 20th century as “a century of refugees.”

The word refugee is critical to our understanding. It demonstrates that mobility may frequently represent a lack of choice, constriction of freedom, less going towards some desirable objective and more about escape from intolerable situations. In terms of Christian folklore, mobility may also be a form of punishment, a permanent form of perpetual exile imposed for sin and betrayal. That is the experience of all mankind, expelled from the Garden of Eden. It is also the fate of the Wandering Jew.

Other notions of mobility are relevant to us. The idea of a pilgrimage, mobility in pursuit of spiritual purposes, resonates with the aspirations of our students when they seek an idea of Europe as a repository of history, sophistication, high culture, of alternative life styles and diverse values. The great cities of Europe have acquired a mythic status which continues to draw generations of Americans across the Atlantic. In this sense, Europe offers a form of secular pilgrimage.

There are a cluster of ambiguous terms related to educational mobility. The idea of the flaneur, or the female equivalent flaneuse (as in Lauren Elkin’s fine book Flaneuse: Women Walk the City, London: 2016), is sometimes used to model how students might explore the urban environments in which they study. However, it carries a sense of purposeless wandering by an empowered elite, commonly also the figure of “the man about town.”

In this context it relates to the cosmopolitan idea, although that is made more complex by history. For Hitler, Stalin and Henry Ford, the cosmopolitan was synonymous with Jew and a symptom of loyalties beyond the nation. Nevertheless, the idea of cosmopolitanism retains internationalist ideals that are of value. It has a precision in theory and history that, for some of us, speaks to an emotional and intellectual commitment to the idea of a common humanity, the “human family” embedded in the Declaration of Human Rights in 1948. Ironically, the evaluative tool, the Intercultural Development Inventory, characterizes those ideals as “minimization,” a transitional state from which students ought to progress. (This is, however, something like the universalism represented in the teachings of Jesus and Gandhi who, according to IDI standards, exhibited a flawed state of mind, as did a bunch of other saints).

Other concepts of mobility are similarly neither simple nor single in significance. The idea of nomadism, for example, implies a chosen life style: a form of habit and custom that defines a community for whom settlement is a form of constraint. This is frequently associated with the Bedouin and the Roma. For the Roma, being classified as nomads intensified the traumas of history. Romani survivors in post-Holocaust Europe were frequently excluded from the support given to others who had lived through that historical nightmare because they were not considered refugees. Similarly, the label of nomad has excluded the Roma from much of the humanitarian support offered to the displaced in the current Syrian crisis.

“Diaspora” also designates dispersal from a homeland. It is associated with the Jews, communities of Irish origin, and is manifest the idea of Africa for some black Americans, by way of example. It is usually accompanied by a myth of return, or inherited memory that evokes yearning for a lost homeland.

This cluster of ambiguous and complex concepts informs the notion of migration.

Migration may describe movements from poverty and danger towards safer and less oppressive conditions. It may also be driven by economic motives. It is historically embedded in American mythology, invested with iconic status in the Statue of Liberty, and articulated in the extract from the poem The New Colossus (1883) by Emma Lazarus which is inscribed on the pedestal:

Give me your tired, your poor,
Your huddled masses yearning to breathe free,
The wretched refuse of your teeming shore.
Send these, the homeless, tempest-tost to me,
I lift my lamp beside the golden door!

The U.S. was for generations of immigrants “a distant magnet” representing opportunity aspiration, dream: a national, formative myth.

In contrast, migration has become a political issue that divides and fragments nations. From one perspective, migration has enriched the lives of residents while for others it represents an alien intrusion. This is partly a question of ideology, but it is also a matter of lived experience and geography. This may be illustrated by the fractures exposed by Brexit in the Disunited Queendom and by the election of President Trump (Trumpit?). 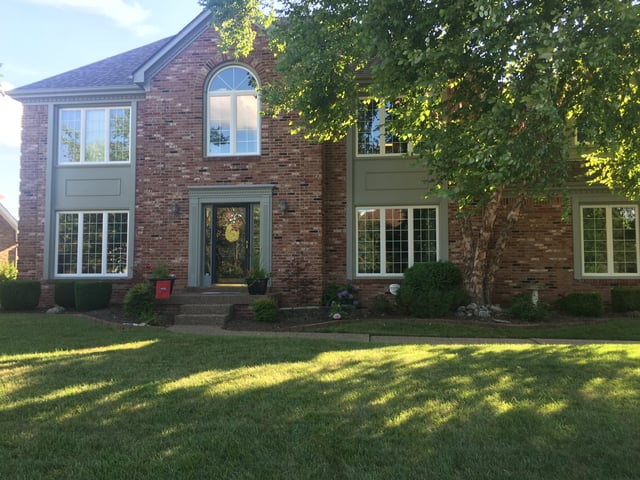 The cluster of concepts around notions of mobility, borders and migration create complex sets of paradoxes that reveal profound global inequalities. Access to worlds elsewhere is a profound experience, offers high-impact learning opportunities. As we promote these and enrich the lives of our students and ourselves, we need also to be acutely aware that we are a privileged elite, blessed both because we can choose to travel abroad and then, crucially, critically, return to the security of home.