This May, we're celebrating Asian and Pacific American Heritage Month and highlighting stories from CAPA's Diversity Advocates Scholars who have explored their AAPI identities while studying abroad. Read more to hear their stories.

This May, we celebrate Asian and Pacific American Heritage Month. This month celebrates Asian and Pacific Islanders in the United States and commemorates the immigration of the first Japanese people to the US on May 7, 1843. May also marks the anniversary of the completion of the transcontinental railroad in 1869, with most of the construction work having been done by Chinese immigrants.

At CAPA, we seek to foster increased student diversity and to provide all participants with the opportunity to explore, challenge and redefine their identities in distinct ways. In spring 2017, we launched the Diversity Advocates Program (DAP), an extension of this philosophy which provides resources for advocates to pursue diversity initiatives of their own within their Global Cities.

Uma recounts the moments where she's navigated her identity, family history, and circumstances of British colonization in London. She also shares about the daily and unexpected connections she's made with those from the South-Asian diaspora in Europe. 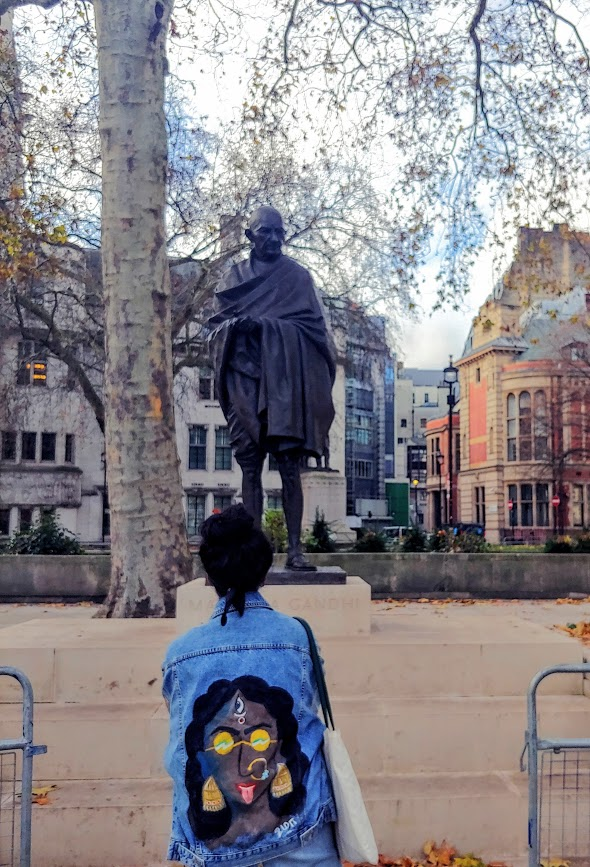 When I was young, my parents, both immigrants from India, made sure that my brother and I were both aware of the long and brutal history of British colonization of their homeland. But even with that education—and now, with three months of living in London under my belt—I am still struggling to grasp the complexities of simply existing as a brown person in London today. In preparing for my semester abroad, I did expect the city to be a place where I would be able to recontextualize my South-Asian identity, knowing that people of any diaspora must have differing experiences depending on where they grow up. However, I didn’t anticipate being so frequently reminded of the far-reaching arm of colonization and, in turn, having to come to terms so abruptly with my place within that history.

Read more about Uma’s exploration of her identity and family history in London.

Kim attends an immersive art exhibit reflecting multiculturalism from Asia Pacific to Brisbane and talks about some of the compelling artwork she came across from Aboriginal, Pakistani, and Thai artists, among others. 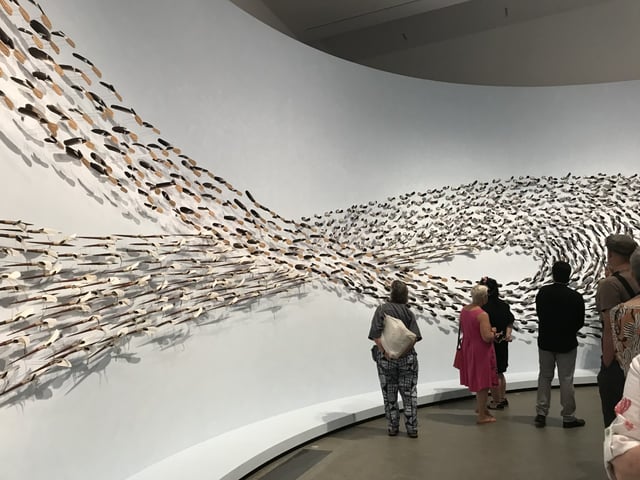 During my trip to Brisbane, I visited the Queensland Art Gallery where they held their 9th Asia Pacific Triennial of Contemporary Art (ATP9). The exhibition showcased significant art across from the Asia Pacific to Brisbane. The immersive experience provided cultural insight from various perspectives ranging to those of overseas and indigenous folk. To be in a country that prides itself in multiculturalism it successfully showcased the various backgrounds it’s made up of. Through the use of different artistic elements, tools, and perspectives, it displayed what makes the country so diverse. I was enthusiastic to learn more about the different stories from several different backgrounds displayed in the museum.

Continue reading to find out more about Kim’s exploration of Asian Pacific artistry in Australia.

Malia opens up about her American identity and Chinese heritage, as well as how she is reconciling these facets of herself in Shanghai. She also talks about her experiences with locals, including the advantages and disadvantages of blending in abroad. 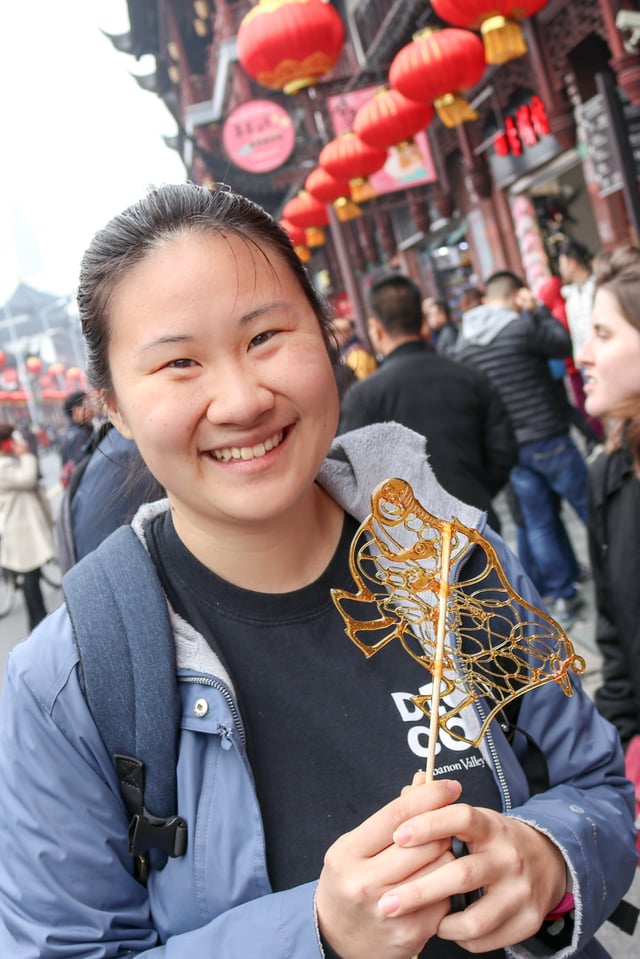 Have you ever heard of the term ABC? If you have not, it means American Born Chinese and is used quite frequently to describe Chinese Americans whose parents or grandparents immigrated to the United States. The term is well known here in China, and when most Chinese learn I am American, they ask if I'm an ABC. I, however, am not, and have coined my term for myself—ARC, which refers to American Raised Chinese. Because unlike my ABC counterparts, I was born in China and raised in the US by non-Chinese American parents. How might you ask? Due to China’s 35-year-old one-child policy, I was put up for adoption by my birth parents and was adopted by a family in the US. Now I am back in China facing a place that is my unfamiliar home.

Jeff shows us how Lunar New Year is celebrated in Sydney. He tells us about the similarities and differences between the celebrations in Sydney and Boston (where he grew up), as well as what he enjoyed the most during this cultural festival. 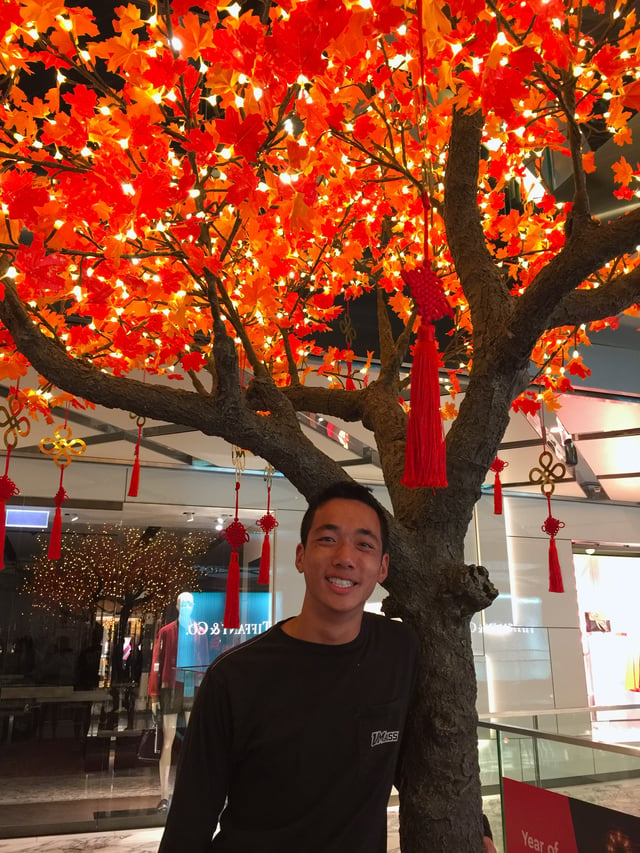 As a Chinese American growing up in Boston, I have only been able to see Lunar New Year celebrated a couple of days in Boston’s Chinatown. In Sydney, it was really great to see the entire city be involved in the festivities. Locals and tourists of different religions, races, and ethnicities all came together to celebrate a holiday that I have celebrated with just my family growing up!