In this week's post, Nathan shows us what it's like to celebrate St. Patrick's day in Dublin, from wearing green to eating special treats.

Every year, on March 17th, countries dedicate 24 hours to celebrating Irish heritage and influence around the world. But in Dublin, the festivities start even earlier, and last for days. As soon as the sun went down on Thursday evening, the whole city turned green, as iconic buildings across Dublin and the globe illuminated and people poured out in shamrock suits, Irish-flag capes, leprechaun hats, or just casual clothes to celebrate the first night of the St. Patrick’s day Festival. Streets that are crowded on normal days became nearly as impassable, as locals turned out in what seemed as strong numbers as the thousands of tourists that all flocked to Dublin for the holiday. While Ireland is always a capital destination for St. Patrick’s day travel, 2017 was a monumental year, with St. Paddy’s day falling on a Friday for the first time in over decade, just happening to coincide with the highly anticipated All-Ireland club finals and Ireland v. England Rugby match (those are sports things).

Needless to say, the excitement leading up to the celebration was palpable. 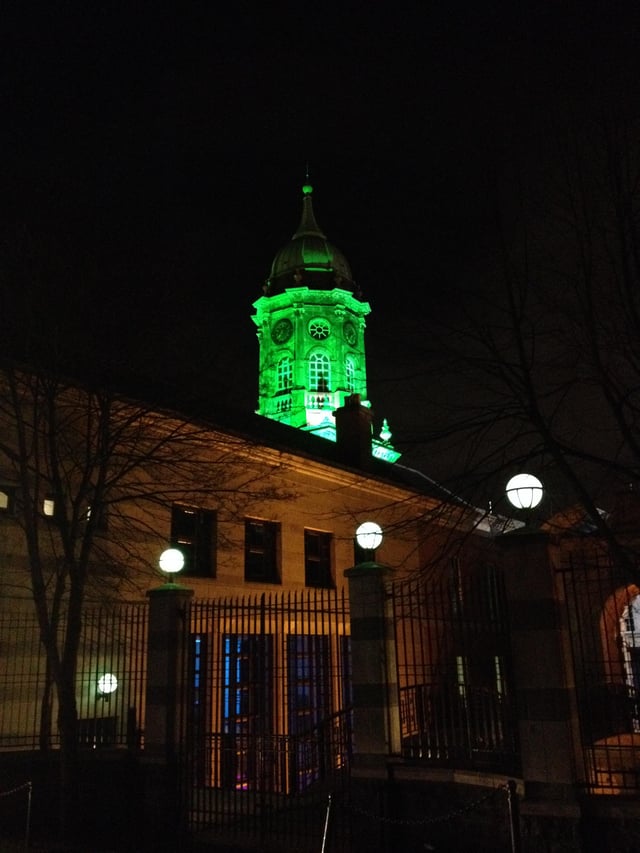 Events targeted at families, children, adults, religious observers, partiers, travellers and locals sprawled across the city. Virtually every pub or street corner became a venue for live music, dancing, and other jollity. Food markets and carnivals popped up in parks, and at historic sites, and vendors canvassed the streets, offering snacks, wares, and souvenirs. 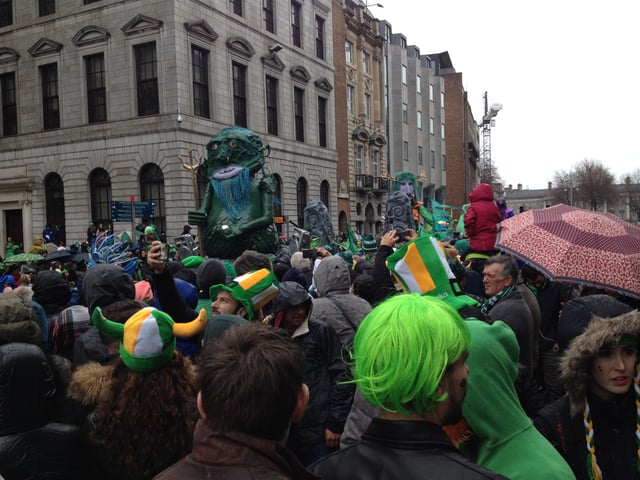 The festival’s true kick-off, though was the high-energy parade of 3,000 performers, service men and women, and other notable Dubliner’s who wove their way from North to South throughout the city-centre. Despite the cold, rainy, weather I joined the crowd of over 500,000 people packed onto narrow street-corners, fighting for a glimpse of floats ranging from cute (think: puppies and school bands) to daring (a trapezist suspended over a moving truck) to outright weird (farm animals dancing to Sweet Dreams under a giant potato. Seriously). I took the fast-forward approach, waiting for the parade to get to me on the south side of the city, and then walking up along the route so I could beat the worst of the crowds. 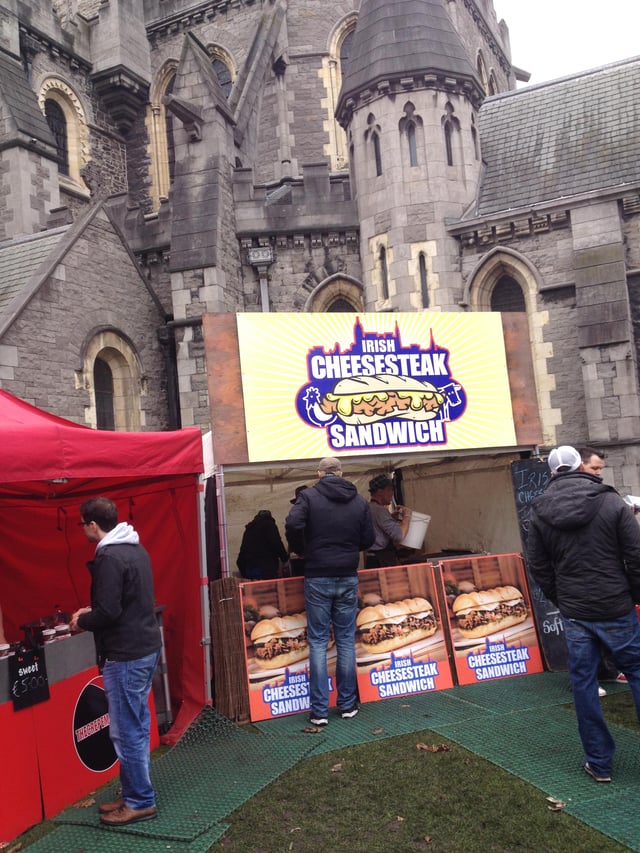 While it was a uniquely Irish experience, I couldn’t help spending the whole time looking forward to the half-dozen food markets I had determined it was possible to visit in one day, and preparing myself for the gastronomic exercise of actually trying food from each of them. It’s worth noting that, while Dublin is renowned for its world cuisine, traditionally Irish food hasn’t always had the best reputation, with some people thinking fondly of roast lamb and a full Irish breakfast, and others gagging at the thought of coddle and blood puddings. But the food on offer this weekend was nothing to scoff at, with the village of Howth dedicating an entire festival ground to dishes featuring locally-caught prawn (large shrimp) from local restaurants, and food trucks setting up shop on the grounds of Christchurch cathedral, or outside the Teeling whiskey distillery. I couldn’t resist the lure of a poutine stand, caught totally off-guard that anyone outside of New England and Canada even knew that the greasy-cheesy-gravy fry heaven exists.

While I was happy enough celebrating the food that populated this 4-day festival, the show of cultural pride and heritage manifest in local’s celebrations was enough to put most American cities on the 4th of July to shame. For one day, at least, visitors weren’t the only ones wearing false orange beards or dying their hair green. They weren’t even the most dedicated to it. Even if you have no idea what the continuing craze about British missionary is, or how he gained the honorific of Ireland’s national holiday, if you send your time right it would be impossible to leave Ireland this week without gaining a feel for the patriotism and pride that St. Patrick’s day brings out among most Dubliners.