This is a topical area as last month Beijing held a Conference on One Belt One Road (OBOR) or the Belt and Road Initiative (BRI).

It was pretty important as it attracted over 65 world leaders directly involved with the project and was dominated by EurAsian powers for geographical reasons.

We should fast backwards a bit to understand what OBOR is. Firstly, we should think of the old "Silk Road" of ancient Chinese history. The Silk Road (or Silk Route) was an ancient network of trade routes that were for centuries central to cultural interaction originally through regions of Eurasia connecting the East and West and stretching from the Korean peninsula and Japan to the Mediterranean Sea. The Silk Road concept refers to both the terrestrial and the maritime routes connecting Asia and Europe. A famous staging point in China was the ancient capital of Xi'an and in Europe, Istanbul in Turkey (I have been to both but not by that road!). Silk (along with horses) was a major export which gives the road its name. It peaked around 1450 AD with over 600 years of history 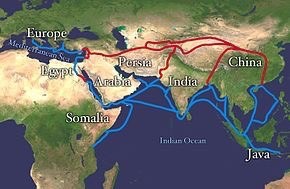 I am grateful to my friend and colleague Bruce Connolly, as a fellow contributing writer at China Daily, for this old photo of a part of the Silk Road by train in 1997 in Gangsu Province in China - things have modernized since and today the railway goes right through to Kazakhstan and is an important part on the "land bridge" from China to Europe. 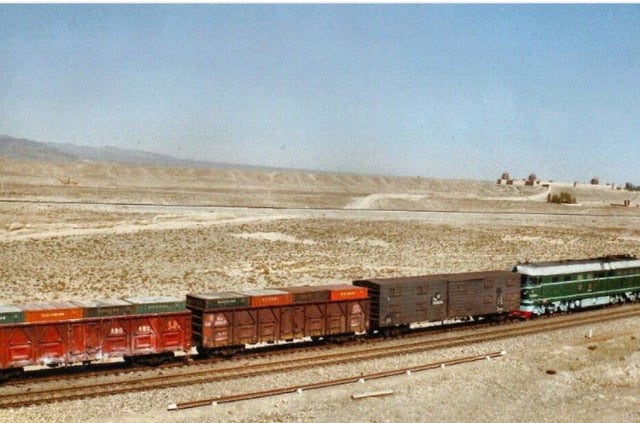 OBOR is a modern day initiative to recreate this famous route both by land and by sea - it is an initiative of China's President Xi and clearly such routes will connect many global cities along the way. The project is meant to connect Asia, Europe, the Middle East and Africa to bolster trade and development.

President Xi Jinping first announced the policy in 2013; it was later named one of China's three major national strategies, and morphed into an entire chapter in the current five-year plan, to run through 2020. The plan aims to connect this huge geographical area with a vast logistics and transport network, using roads, ports, railway tracks, pipelines, airports, transnational electric grids and even fiber optic lines. The scheme involves 65 countries, which together account for one-third of global GDP and 60 percent of the world's population, or 4.5 billion people, according to Oxford Economics. I am grateful for the graphic below supplied to McKinsey Insights members

Although the USA is not part of the geographical area, there is an opportunity for countries outside the project area to both contribute finance and get work on the projects using their advanced technology skills and other know how.

However the main source of financing is through a recently created Asian Infrastructure Investment Bank (AIIB) which is headquartered in Beijing and has China as a major financial contributor. There was some skepticism about the soundness of the bank initially but this changed when the UK (with a trusted international banking reputation) announced it would join and many European countries followed suit. In May after the conference, the AIIB announced that it had 77 approved members (from around 20 founding members such as the UK and ASEAN group members). The USA has remained outside this institution, but that does not stop American multinational companies from bidding on projects.  President Xi pledged US$ 124 Billion at the conference and said that "OBOR is open to all".

Plenty of projects have launched thus far, including a 418-kilometer rail link with Laos, and a collection of infrastructure projects totaling $46 billion, named the China-Pakistan Economic Corridor. A freight train service is linking China and Europe. And China and France are jointly developing the $24 billion Hinkley Point nuclear power plant in the U.K.

I am grateful to another friend and colleague, Dr. Anthony Gristwood from CAPA London, for drawing my attention to an article relevant to this modern Silk Road. In January this year the first ever freight train from China to the U.K. arrived in Barking in East London, after a journey of 18 days loaded with goods from Yiwu - a major manufacturing hub in Zhejiang China - a neighboring province to CAPA's Shanghai - definitely connecting global cities but I don't think I will hitch a ride home this way  just yet! The train was met by two performers dressed up as dragons and they made quite a song and dance about it! 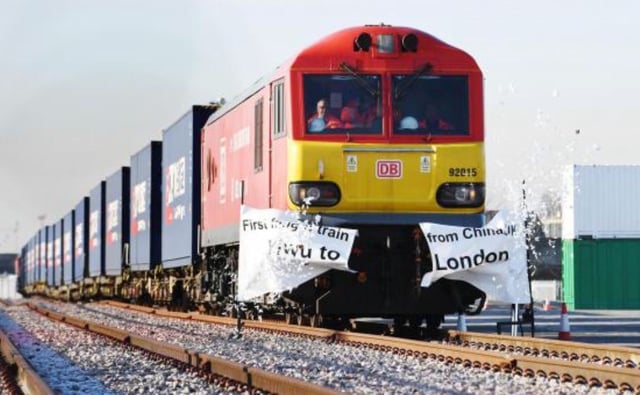 OBOR is a support for globalization through trade and investment and designed to be a counter to protectionist policies - it is very much a "watch this space" project and we will return to it in 2018.