Aditi Sridhar, a CAPA London alum and Diversity Advocates Scholar, studied abroad during spring 2022. She shares her account of participating in the Holi festival in London. Holi is the Hindu “Festival of Colors” which celebrates the spring season and the triumph of good over evil. Read more about her experience abroad and what it was like to come together with the South Asian community in London.

My first two months studying abroad consisted of nothing but exploring markets, museums, neighborhoods, and the amazing food scene that London had to offer. But what everyone had warned me about did come true—after spring break, homesickness set in. It wasn’t necessarily the place I was missing, but the people. I would’ve wanted nothing more than to teleport my close friends and family to enjoy the city with me.

Thankfully, Holi (the festival of colors) was just a few weeks after spring break, on March 18th. I knew I wanted to attend a proper “Holi” festival. Holi is the Hindu “Festival of Colors” which celebrates the spring season and the triumph of good over evil. I had never come close to doing all of the “proper” rituals that come with the day—in India, people end up drenched in colored powder and water, playing in streets filled with hundreds or even thousands of people. I grew up in a small town in the area we Pennsylvanians jokingly call “Pennsyltucky,” which is pretty much any small town in between Pittsburgh and Philadelphia (mine was called Johnstown). Neither Johnstown or Pittsburgh (where I go to school) ever had the weather to allow for going all out. 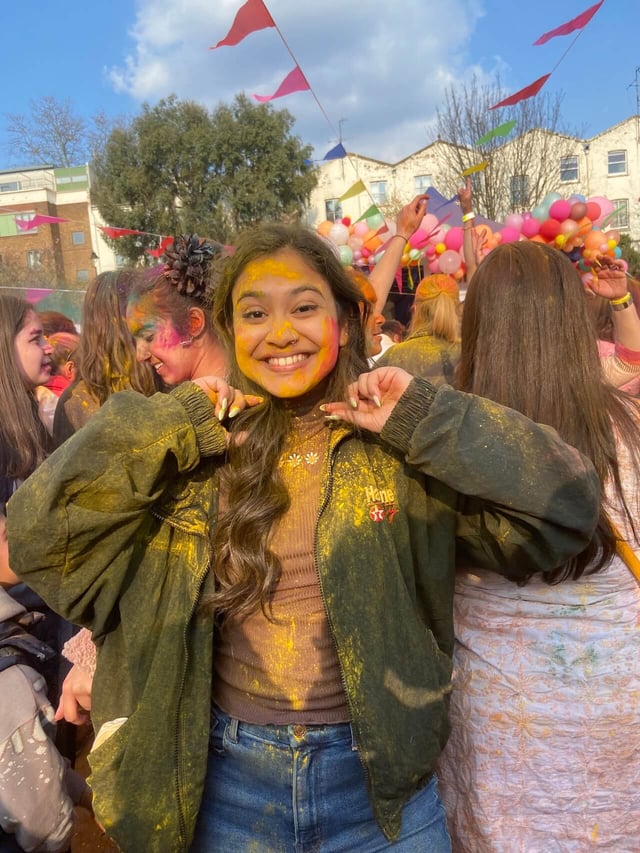 Caption: The Holi Festival at Primrose Hill in London, England.

When coming to London, it dawned on me that this was my first time living in a truly big city, somewhere like New York City, where individual cultures had mini-communities and events for their holidays year-round. I found a festival held by Magic of India, near Primrose Hill. I didn’t know quite what to expect, but knew it was going to be worthwhile when I saw a happy family drenched in color entering the tube station as I was exiting.

The sunny weather truly allowed for an incredible festival filled with dance and musical performances, food, and songs that were perfect for the occasion. It wasn’t quite too big or too small— some people were enjoying dancing to songs while others ate from the buffet. While we were there, I was surely missing my family and friends—thinking about how much they would’ve enjoyed it, and how I would’ve loved pummeling them with color. But the friendliness of everyone around us made up for the nostalgia. People approached my friend and I telling us we were “missing something,” and then proceeded to rub our faces with a colored powder that we didn’t have on ourselves yet. I joined random groups of people dancing as we were bonded by our love for ’90s and 2000s Bollywood songs from movies we  watched growing up. And, thankfully, I grabbed the last masala dosa that was being offered. 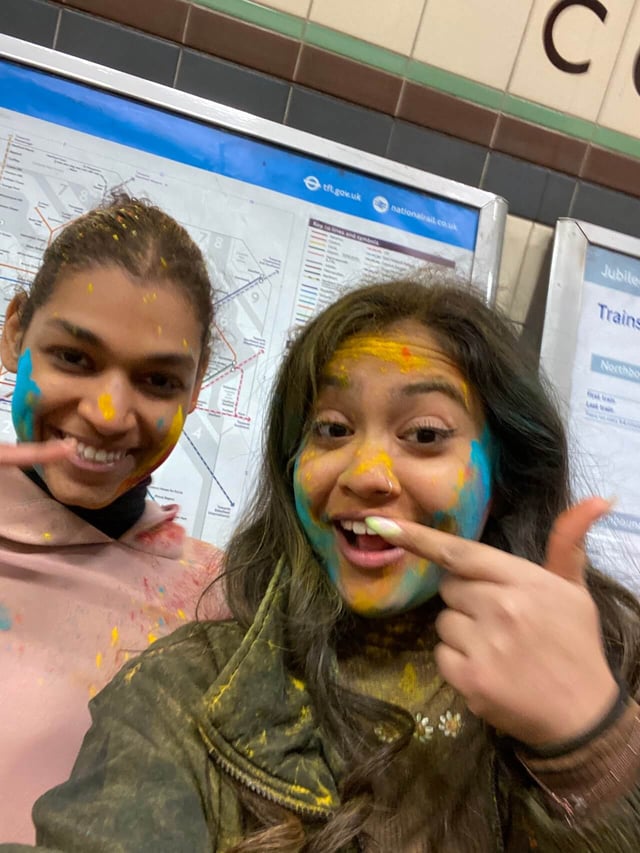 Caption: At the Tube station after the Holi Festival at Primrose Hill in London.

In the colonizer country that is England, it’s refreshing to see the South Asian diaspora in London embrace our culture to the fullest extent, not holding back. Reflecting upon my experiences abroad thus far, I wish I immersed myself within the South Asian culture of the city faster rather than prioritizing the regular “tourist” spots that everyone goes to. While I enjoyed those visits, within the last few weeks in London I had discovered some amazing Bollywood masterclasses revealing a hidden community I could have immersed myself in if I had just taken the leap a bit sooner.

The only downside about the day? Before I arrived at the festival, Gurinder Chadha who directed the iconic movie Bend It Like Beckham, posted a picture of herself at the same festival on Instagram…but by the time I got there it was too late. Gurinder, if you ever read this, I’d love to work on your next movie! 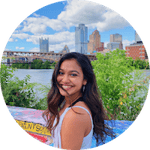 Aditi Sridhar is a CAPA student and Diversity Advocates Scholar for spring 2022. A Film Production major at the University of Pittsburgh, she studied abroad in London.