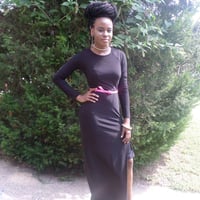 Words by Lydia Johnson, a CAPA London Student Council member and Fashion Design and Merchandising from Albright College. She was involved in the organization of CAPA's recent Human Rights Conference.

When I first saw CAPA's Human Rights Conference advertisement, I thought to myself that has nothing to do with me. Since I am not a social justice or law major, this event seemed to be unrelated to me. But life has a funny way of changing what one thinks.

Before CAPA, I had no interest in student government. However, when I had the opportunity to participate in the Student Council, I took a leap of faith and applied. After joining the Council, the Human Rights Conference was presented to me again as a way to get involved. This time I was ready to take the call. 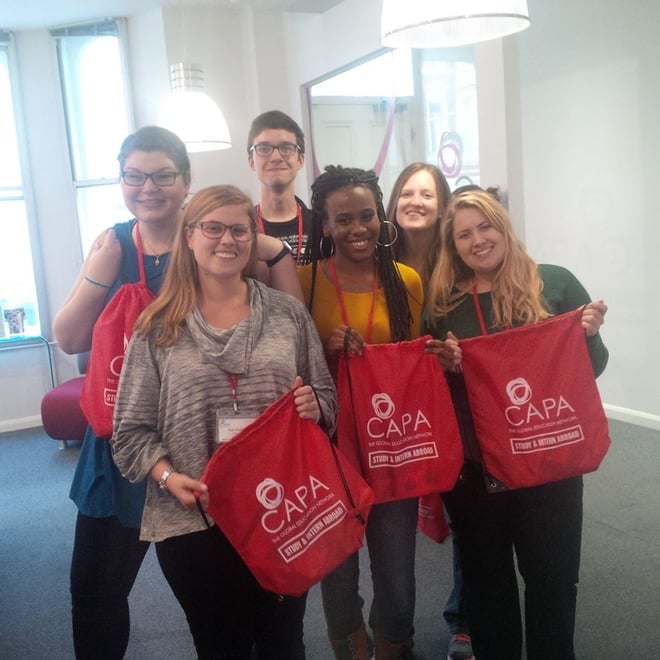 While preparing, I gained a better understanding of organizing an international event. We discussed roles and jobs to be done before and on the day.

At the beginning of the conference day, we received a light blue bracelet that said “California Innocence Project” in black letters. I took a quick look at the bracelet and wondered what this project was all about. Later that day, I found out.

The presentation that most interested and influenced me was about the California Innocence Project. When founder Justin Brooks talked about memory and how it is not accurate, I recalled times when I accused my siblings of taking my items when I had just misplaced them myself. The truth is that one finger can change a whole life. 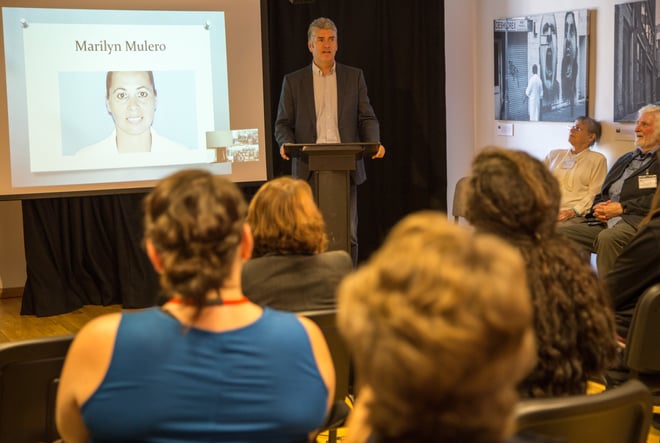 The stories presented by Justin Brooks were inspiring. One innocent man said he hopes in the end the girl who accused him of rape knows that is was not him. Another innocent man had his college years stolen from him when he spent five years behind bars for a rape he did not commit. Yet, his dreams of playing in the NFL came true after Justin Brooks and his team won his case.

As a fashion designer, human rights affects my career in the garment industry.

The fashion industry is one of the major economic players on the global stage. This particular industry relies on skilled manual labor for manufacturing across its wide spectrum of levels. Work hours, factory conditions, and safety are the top issues in the garment industry. 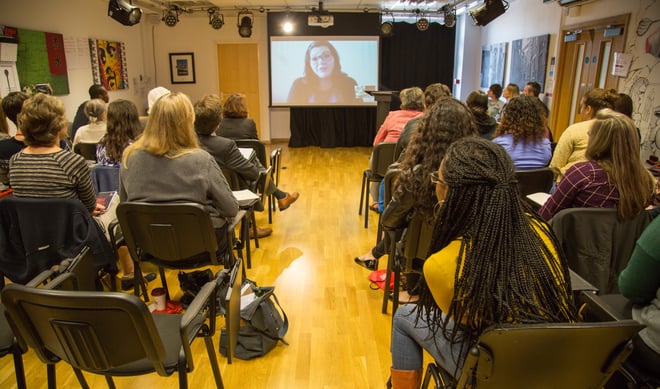 Human rights in the garment industry can be seen on social media. I was doing some research for my internship on social media. When I was reading through Facebook comments on one company’s page, a customer commented on the factory conditions. The customer wanted to know how the company’s products were being produced by able-bodied, well-paid factory workers and not children.

The garment industry is a $20 billion industry that has recently claimed more than 1,200 lives in tragedies. Bangladesh and Colombia are the world’s leaders in the garment industry, despite popular belief that everything is made in China. In Dhaka, 15 million people live together in sprawling, ever-growing cities. Communities are growing vertically and horizontally in a rapid state. With a billion dollar business, there is no reason that workers have to work in unhealthy environments (Smestad). The solution is to figure out where the money is really going and direct it to better the garment industry workers and their families. “However tough life is in Dhaka, there is always promise of something better," said Jan Hilger.

I did not expect for CAPA's Human Rights Conference to impact me the way it did. Today, I hope I can make a difference, impact lives, and give others hope of better things to come.