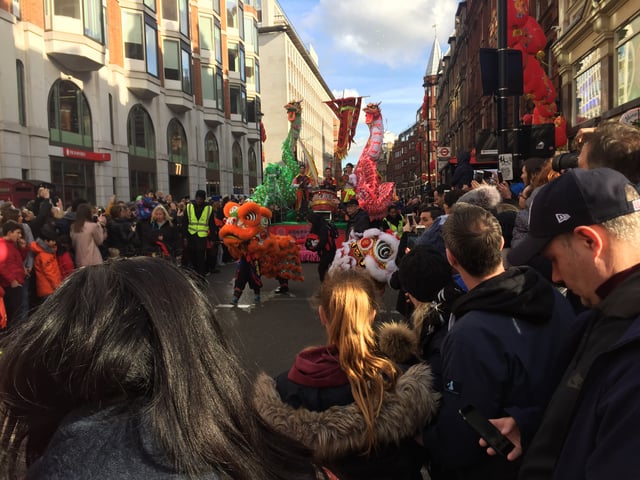 In Chinese Culture, the New Year is always a time for a new beginning—traditions include getting a haircut or new hairstyle, buying new clothes, spring cleaning the home, and, for some, changing jobs. This latter phenomenon connects to holidays. University students in China are fortunate—they often get up to 40 days holiday—leaving mid-January and returning late February this year. However, workers do not get such a long break to travel to hometowns for family reunions—unless they create one by quitting their jobs mid-January and returning to new jobs in March. It is something I have seen many of my Chinese friends do, and it is also quite common for owners of modest sized businesses to shut up shop for a month or longer—especially independently-owned cafes and small shops. Some, in fact do not reopen.

For around a twelfth, the Year of the Dog will be their birth year and some of my friends in that situation tell me that they have to be very careful as good and bad things can happen in this special year. Personally, I think good and bad things can happen in any year...but stay with me. The color red is important—apart from being painted around the doors of villages to ward off the Nian monster that comes down from the mountains, it is a color that Chinese with the current birth sign should try to wear in some clothing every day in their Dog Year according to traditions. This does not mean always wearing a red dress or jumper; a pair of red socks will do!

So, much celebration, but hints of some tribulations too. The great trek home for the many migrant workers in global cities in China to their hometowns is costly and/or arduous. Encapsulated in a novel and movie “The Last Train Home” (watched by a recent group of CAPA students in Shanghai), there are nowhere near enough trains when around 650 million people are on the move. The high-speed trains have speeded up journey times but for those that cannot afford them, the older, slower trains are in reduced supply and hard to get tickets for. Some choose to travel by motorcycle over several days.

The coming of this Spring Festival has added another element this year. In global cities such as Beijing and Shanghai, migrant worker communities have been encouraged to go home “for good.” The authorities have used the months leading up to Chinese New Year to demolish illegal or overcrowded structures such as shops built without permission at the front of residential blocks for migrant workers to earn a living or unsafe, over-occupied housing for these workers to live in. 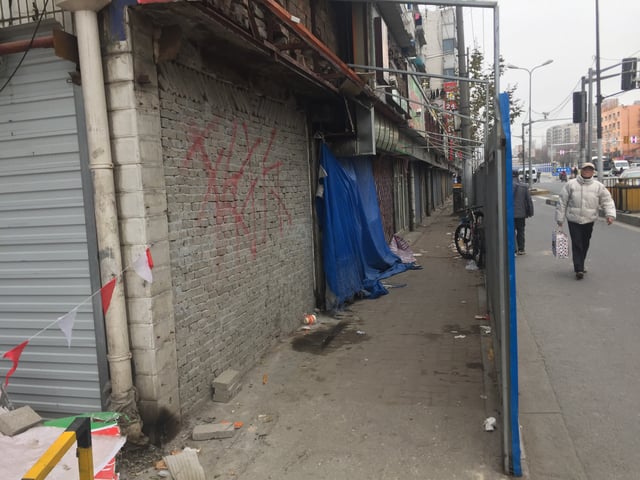 Photo: Blocked up Shanghai migrants' stores being blocked up by Colin Speakman

The changing culture in China surrounding the Spring Festival reflects differing prosperity levels in China. While the poor struggle to get to hometowns, the rising middle class can afford holidays abroad in this break. Typically doubling international flight costs in an otherwise low season for air travel, London experienced many Chinese visitors in this period—I saw that a few days ago.

Reflections about the Chinese Spring Festival have been ongoing for several years. You can read some more thoughts about it in an earlier article I was asked to write for China Daily here.