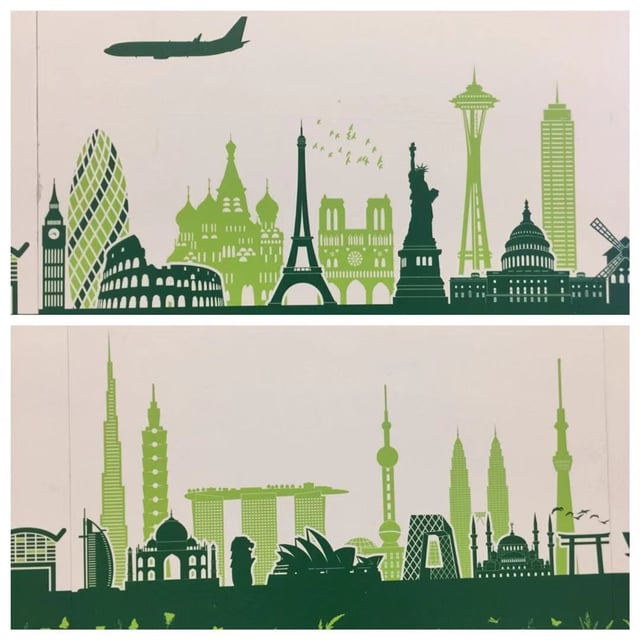 One of the features of leading global cities (and often an iconic one) is a tall tower. Some of these towers have become the “name card” of the city such as the Eiffel Tower for Paris and the Oriental Pearl Tower for Shanghai. However, we should note that the picture is fluid and many cities have added more towers. My home of Shanghai now boasts four significant ones—yet the name card tower does not change—it is usually the first tower there not the latest, even if much taller. 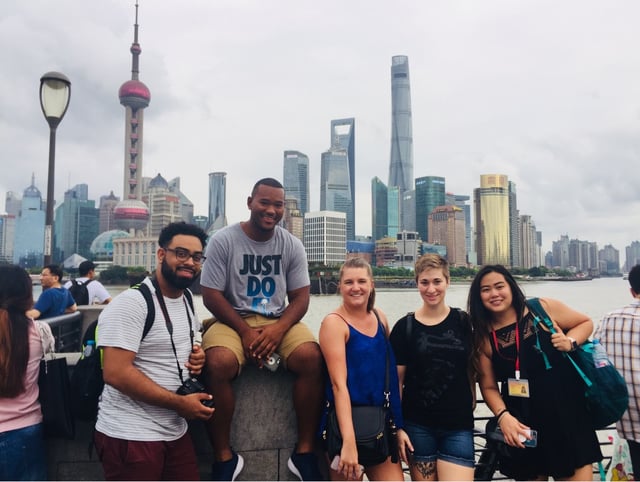 I last wrote about towers in global cities in June 2013, so it is certainly timely to have an update since a lot has changed. In fact, just in 2018 there were 143 new skyscrapers completed worldwide according to data published by the Council on Tall Buildings and Urban Habitats (an international body in the field of tall buildings and sustainable urban design, headquartered in Chicago, Illinois in the United States). It is generally accepted that a skyscraper is a tower reaching 200 meters high or taller. Guess which country built the largest number of new skyscrapers in 2018? I can give you a clue: skyscrapers often spring up in global cities, so a country with a lot of global cities is going to be a good bet. In my article in March 2017 I discussed Asia’s Global Cities, including the data below. 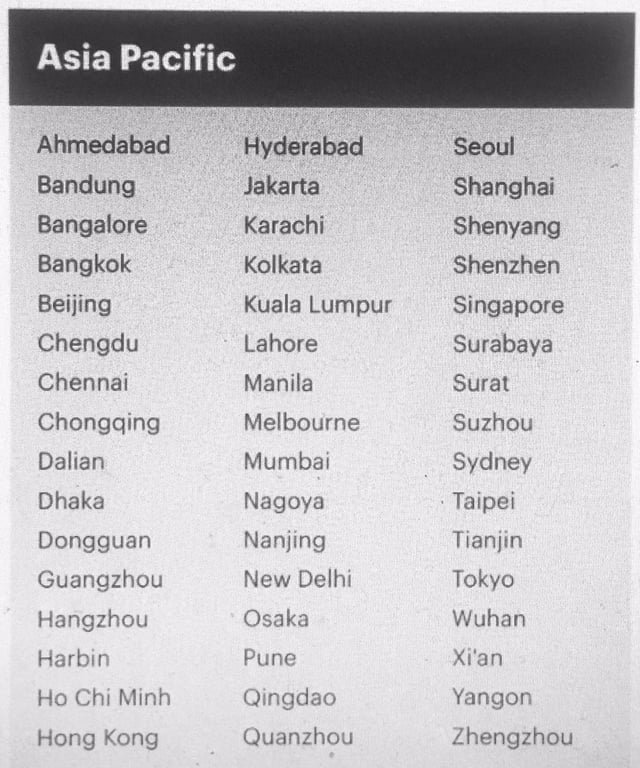 Global Cities in the Asia-Pacific region courtesy of A.T. Kearny.

If readers are familiar with names of cities in China you can count them up. In this list, there are 20 in the Peoples’ Republic of China (Mainland, Hong Kong, and Macau) and 21, if one includes Taipei where, under the One China Policy, Taiwan is regarded by China as a Province of the PRC. Despite their longer 20th century history of global openness, the US and Canada between them only have 15 global cities (this may change when the next Global Cities Index is produced). So, it should not be surprising that China built more new skyscrapers in 2018 than any other country—88 of them! Now, that number is probably not a coincidence as 8 is a lucky number in China and twin numbers of same digit are very lucky. 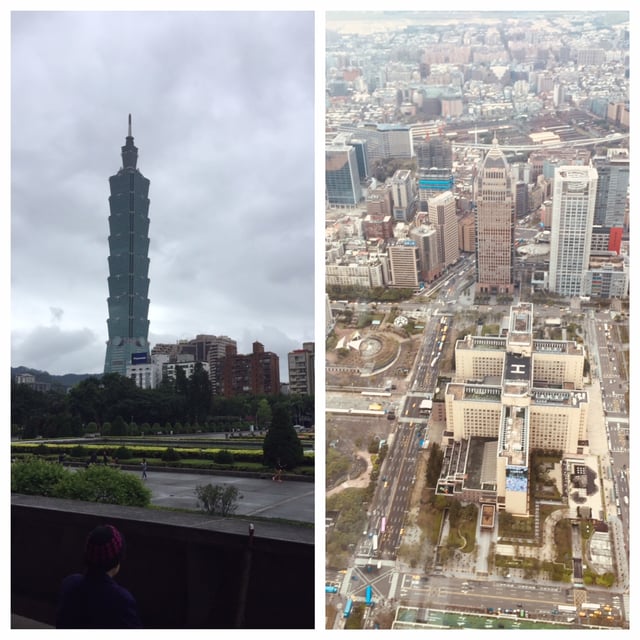 Taipei 101 Tower in Taiwan and the view from the top by Colin Speakman.

Students on CAPA’s Shanghai Global Cities semester program visit three other global cities: Beijing, Hangzhou, and Suzhou. CAPA truly believes in the benefits of studying in global cities. Speaking of Beijing...the tallest addition globally was in China’s capital. The CITIC Tower in Beijing’s Central Business District (CBD) was finally finished last year at 528 meters, and I have witnessed it going up from many Beijing visits. Will this lead to a cluster of towers in the CBD in the future to match the three brothers and the Oriental Pearl in Shanghai? “No”, it seems as the Beijing authorities have announced that in the central areas of the capital, there can be no new tall buildings exceeding 180meters—which rules out more skyscrapers. However, in West Beijing, where I lived, the iconic CCTV Tower will still stand strong. 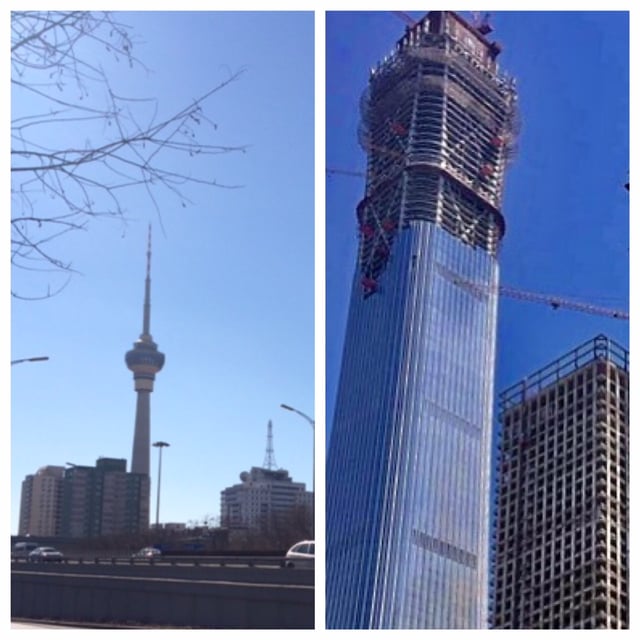 The first CCTV Tower and CITIC Tower in Beijing under construction by Colin Speakman.

China’s total of 88 (a record for any country) was helped by the global city of Shenzhen which contributed no less than 14 of them—fittingly, 40 years on from when Shenzhen was designated to be the first Special Economic Zone to spearhead “China’s Reform and Opening Up” (economic change). It is easier to build a lot of skyscrapers in Shenzhen because there is nothing “old” to get in the way! Prior to 1978 Shenzhen was not a city, just a farming area. China’s efforts boosted Asia’s title as the continent with the highest number of newly built skyscrapers, at 76.2% of the world total—Asia’s Century! Vietnam’s Ho Chi Minh City (formerly Saigon) contributed as the 4th tallest completed in 2018, the Vincom Landmark Tower at 461 meters, which I visited recently. In such iconic buildings, rents are high as well as floors—and taking the entrance level prime café space makes a statement. It was taken by Starbucks (they can afford it) and that of itself is surely a reflection of globalization. 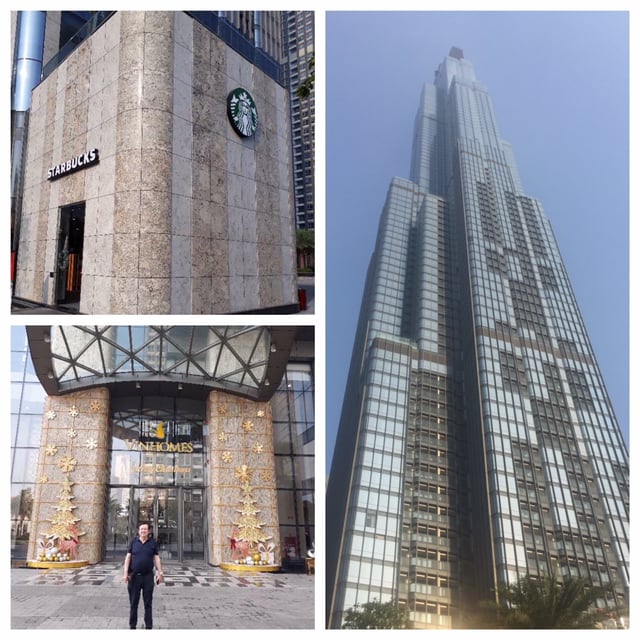 The brand new Vincom Tower and its surroundings in Ho Chi Minh City by Colin Speakman.

The US, while still hanging on to the title of world’s largest economy and currently home to the world’s top global city, New York, came well-behind China in 2nd place in new completion of skyscrapers with just 13— not considered an unlucky number in Chinese culture! However, America’s top global city contributed the second tallest skyscraper finished in 2018—New York City’s Central Park Tower at 472 meters. Skyscrapers have multiple uses as office space, hotels, shopping, observation decks, restaurants, and media facilities. Blackpool Tower in my birthplace town in the UK famously contained a zoo! Few of the very tall skyscrapers are purely residential buildings, but the new tower in NYC pretty much is—so it has become the tallest residential building (with flagship shopping included) in the world—it will be hard to trump that. 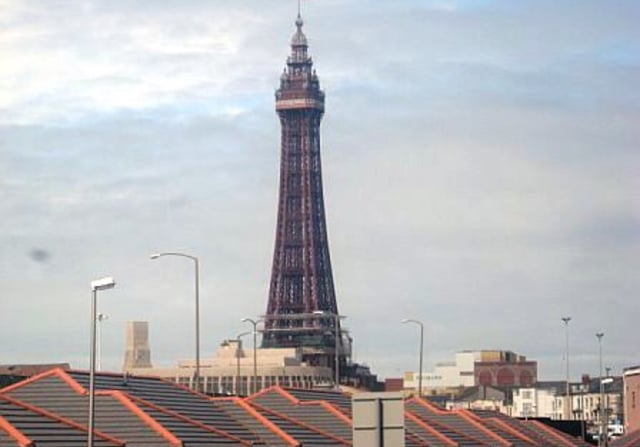 The Blackpool Tower (not the Eiffel Tower!) by Colin Speakman.

Finally, in Europe, when London’s Shard of Glass Tower was opened to the public in 2013, it became the tallest building in the EU (at the time of writing, the UK is still in the EU!) at 310 meters. A second skyscraper in London will be completed in the early 2020s, known as 1 Undershaft. It will be just over 300 meters and then be the second tallest in the EU. That should give readers an idea that Europe does not do very tall skyscrapers! The Shard is outside the tallest 50 in the world. Where does that leave the rest of the EU or Western Europe? Not in the top 10 tallest skyscrapers added in 2018—just not “our” thing apparently. London is constructing many tall buildings but generally at under 200 meters (perhaps the authorities are listening to Beijing?), they will not count as skyscrapers. Still, we should remember that London has a population around 8 million residents, while Shanghai is approaching 25 million residents. These tall buildings do need filling.

View from the top of the World’s 2nd tallest building, the Shanghai Tower (overlooking the Jin Mao Tower)
by Colin Speakman.

The new additions for 2018 have not changed the world ranking order of the top 7, including all existing towers in 2017. Beijing’s CITIC Tower took over 8th place from Taipei 101 Tower (possibly the goal?). That ranking remains: The Burj Khalifa (Dubai), Shanghai Tower (Shanghai), Abraj-Al-Bait Clock Tower (Mecca), Ping An Finance Center Tower (Shenzhen), Lotte World Tower (Seoul), One World Trade Center (New York), and Guangzhou CTF Finance Center (Guangzhou). However, in the future that will change as some new projects are underway including a tower in Shenzhen planned for over 700 meters (I wonder what Shanghai will think of that?). More in a future post—my neck is starting to hurt now.