The EU had expanded to 12 nations in 1986 when Spain and Portugal joined. This was followed by the agreement to create a Single European Market realized in 1992 when over 320 national regulations were harmonized. In 1987, on October 19 to be precise, the world observed Black Monday, a global stock market plunge where the DOW plunged more than 22% in one day. What I recall was how interesting it was discussing these events in such international classes with a wide range of views. 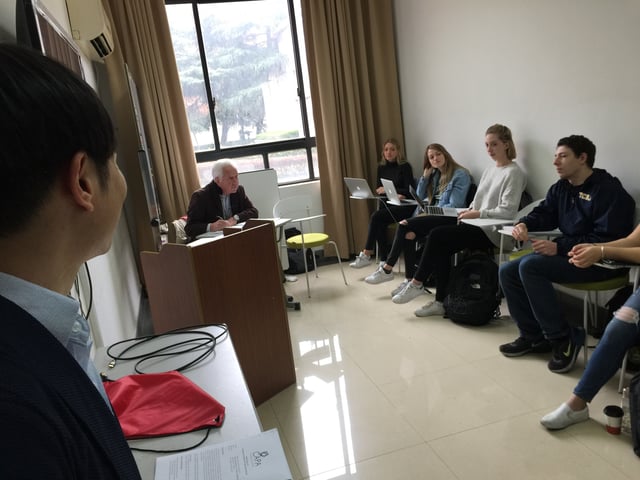 This semester in Shanghai I was reminded of those days as CAPA’s Global Business Institute in partnership with the University of Pittsburgh has launched here. American students are taking courses in International Economics and International Finance (among others) and these courses are also being taken in CAPA’s London and Sydney campuses.

The Shanghai economics/finance courses are being taught by a Chinese professor from a famous business school of a top ranked university in Shanghai. What a time to be able to study the US-China trade dispute as a case study and to contrast the Chinese perspective with the American one (though that is in reality the American ones as there is far from National consensus on the appropriateness of U.S. imposed and proposed trade restrictions).

It is well-publicized that China has both put forward a strong case for free trade and globalization—as recently as at the Annual Boao Forum for Asia held in Hainan, China earlier this month—and shown that it is ready to take strong retaliatory measures if necessary. 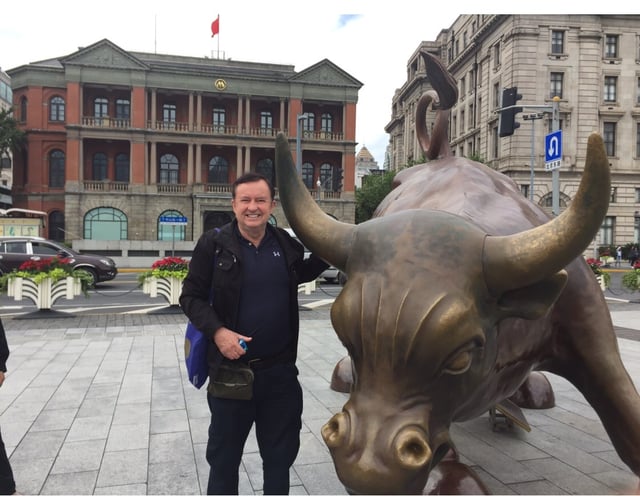 It is hard to keep politics out of economic debates—after all “it is the economy, stupid!” It reminds us that politicians fall on poor national economic performance and rival parties champion different economic policies in order to win votes. Nevertheless there are some home truths that emerge from even a basic study of International Economics.

I give a few personal comments not to be taken as representing CAPA views—the U.S. administration has characterised high tariffs that will restrict imports from China as “making Americans richer.” Yet, in real terms it is command over goods and services that represents wealth. If one country’s citizens (think China) work hard to produce a high GDP but a significant part of that output is exported (thus not consumed by those who made it) and instead enjoyed by another country (think the U.S.) without anywhere near the same U.S. output being exported to China, then this makes the U.S. richer.

Of course on the financial side, many countries cannot enjoy the net consumption of a trade deficit regularly because the issue arises of how to earn the foreign exchange to pay for it. However, if one of the countries is the issuer of the recognized principal international currency, that becomes less of a constraint. These are important aspects to consider in classes as we examine the U.S.-China case study.

Studying global events from international perspectives is a key benefit of study abroad!