You might be forgiven for thinking that the history of black–Jewish relations in the United State was one of tension, suspicion, and hostility. For years, the only headlines to include blacks and Jews in the same sentence were ones that screamed mutual mistrust, such as the Crown Heights riot of 1991 and the inflammatory rhetoric of the Nation of Islam's Louis Farrakhan. And yet the truth of that history is more complicated than those examples might suggest…Coalitions of black and Jewish leaders founded the NAACP and the National Urban League; Jewish civil rights protesters and attorneys flooded the South for freedom marches in the '50s and '60s, while prominent rabbis marched arm in arm with Martin Luther King Jr.

"Black Sabbath: The Secret Musical History of Black-Jewish Relations" From the catalogue for 2011 exhibition at the Contemporary Jewish Museum, San Francisco

From every human being there rises a light.

One of the important conversations at the Diversity Abroad conference in Miami (March 2018) focused around a transition in thought from “safe space” to “brave space” in higher education. The idea of “safe space” is protectionist, intended to offer environments in which students who feel marginalized (by race, origin, sexual identity and so on) can feel unthreatened. The assumption is that minority students are potentially subject to the prejudice of others. In those circumstances, few would argue against creating these secure environments. However, it is a problematic proposition in so far as it implies that active intolerance is permitted in our universities.

We might argue that the need for “safe space” is a response to a symptom of a perceived illness. The root cause is the disease of prejudice, disrespect, hate speech, and the threat of abuse. In short, we need “safe spaces” because the university is not an environment where respect for diversity of people and views is an institutional imperative. Our responsibility as educators, I would argue, is to protect us all from abuse, not to protect us from disagreement. The solution is to treat the cause rather than the symptom: to tolerate, even encourage, disagreement, but not to tolerate abuse or prejudice. We need communities of learners whose assumptions are subject to disruption and disturbance (that is how we learn things) in an environment of intellectual curiosity and mutual respect. Those who cannot or will not accept the requirements of such an environment have no place within an institution of higher learning. 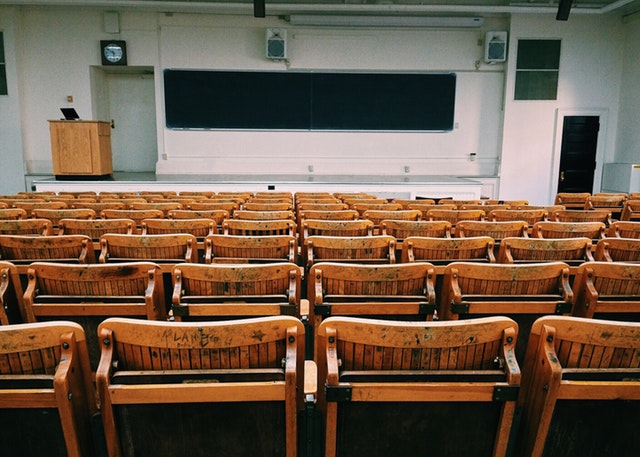 Protecting students from disagreement runs counter to the purpose and function of higher education. In 2016, John Ellison, the University of Chicago’s dean of students, wrote:

Our commitment to academic freedom means that we do not support so-called trigger warnings, we do not cancel invited speakers because their topics might prove controversial, and we do not condone the creation of intellectual “safe spaces” where individuals can retreat from ideas and perspectives at odds with their own.

This is, I believe, an important principle. The idea of “brave space” addresses the need to have difficult conversations that challenge assumptions within environments that are not offensive or personally threatening to the identity and beliefs of others:

A brave space is inclusive to all races, sexes, genders, abilities, immigration status, and lived experiences …allows students to express themselves, challenge one another in a positive way, and learn from one another (http://amplifier.org/pdf/education).

This is not an invitation to disrespect others. John Palfrey offers a critical qualification: “There must be a point at which the tolerant should not have to tolerate the intolerant.” Diversity and Free Expression in Education (MIT 2017).

The conversations in Miami led me towards thinking about the paradoxical relationships between Jews and Black Americans in the struggle for social justice and equity. (nb. I’ve used Black Americans rather than African Americans or people of color to try and avoid, in the first case, the idea of a dualistic identity and in the second, a term that is, perhaps, too general and inclusive for this discussion).

This is a difficult, disturbing conversation partly because in our friendships and shared commitments in international education we have tended to remain silent rather than risk offending Jewish and Black colleagues with whom we share ideals and values. However, in the wider environment. relationships between Jews and Black Americans have been shaped by contradictory, paradoxical narratives.

Empathy and a common commitment to social, political justice

A common heritage is obvious: Jews and Black Americans are diaspora peoples, with notions of lost homelands (call them Africa or Zion); above all, both have been subject to grotesque and inhumane injustices.

Historically there are many examples of shared commitment to social justice in the USA. In 1909, Henry Moscowitz was a co-founder of the National Association for the Advancement of Colored People with W. E. B. DuBois. Kivie Kaplan (a vice-chairman of the Union of American Hebrew Congregations) was the national president of the NAACP from 1966 to 1975. The Jewish philanthropist Julius Rosenwald, in the years 1910 to 1940, funded, in whole or in part, more than 2,000 primary and secondary schools and 20 black colleges. He became a trustee of the Tuskegee Institute in 1912 and donated over two million dollars to Black University Centers at Tuskegee, Howard, Fisk, Atlanta, and Dillard Universities. The "Rosenwald schools" made a critical contribution to the education of Black Americans in the South.

For many of us the march from Selma to Montgomery was about protest and prayer. Legs are not lips and walking is not kneeling. And yet our legs uttered songs. Even without words, our march was worship. I felt my legs were praying.

Martin Luther King described Heschel as "one of the great men of our age, a truly great prophet.”

Joachim Prinz, a Rabbi in Berlin when Hitler came to power, spoke at the March on Washington on August 28, 1963. His speech encapsulates the empathy that defines this narrative: “Neighbor is not a geographic term. It is a moral concept. It means our collective responsibility for the preservation of man's dignity and integrity.”

This is not just an American phenomenon. In South Africa, the African National Congress was actively supported by a significant number of Jewish activists most famously Abbie Sachs, Joe Slovo, Dennis Goldberg, Ruth First, Helene Suzman, among many others.

A common cause based upon a shared history of abuse, persecution and marginalization shapes this narrative.

There is, though, another narrative. At the extreme end, Louis Farrakhan demonizes the Jews as “bloodsuckers,” “Satanic,” and prime agents of the slave trade. That view is by no means common (and Farrakhan’s view of history is demonstrably false). However, tensions between Jews and Black Americans are not only found within the rantings of extremists from both communities. 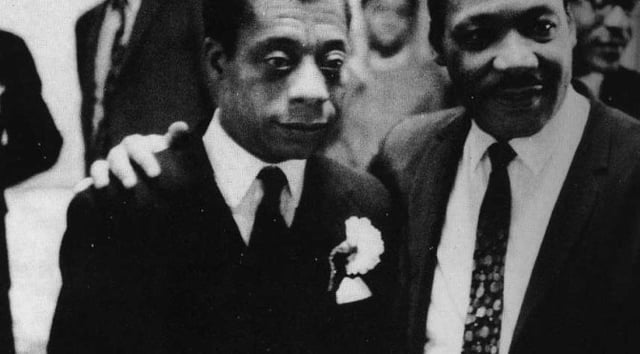 A dispute between the Jewish intellectual Norman Podhoretz and his friend, the great Black writer James Baldwin (Podhoretz’s “My Negro Problem—and Ours” in Commentary, February 1963) reveals troubling perspectives. Podhoretz’s unease is rooted in childhood experience:

Both writers pointed to what they saw as embedded hostilities: racism papered over by liberal empathies. In 1948, Baldwin observed that:

Jews in Harlem are small tradesmen, rent collectors, real estate agents, and pawnbrokers; they operate in accordance with the American business tradition of exploiting Negroes, and they are therefore identified with oppression and are hated for it.

However, in the same article, Baldwin identifies an element of those tensions that is critical to our understanding of each other:

At the same time, there is a subterranean assumption that the Jew should “know better,” that he has suffered enough himself to know what suffering means. An understanding is expected of the Jew such as none… has ever expected of the American Gentile.

Implicit in Baldwin’s view is that tensions between Jews and Black Americans derive from a sense of disappointed intimacy; love turned sour, a common cause eroded by the divisive dynamics of American life. At root, the alienation of Jews and Black Americans and, simultaneously, the activism of Jews in support of Civil Rights, has a common paradoxical root: a heritage of suffering that has caused us to act together, and separate in disappointment, each from each.

The narrative of alienation draws upon experience but also has its roots in archetypal projections of urban life: a Black view that Jews were privileged, rich, and only interested in Jewish welfare and prosperity; a Jewish view that Blacks were feckless, irresponsible, and disruptive of urban life.

We carry the burden of our own prejudices and we are both diminished by them.

The emergence of the State of Israel also complicated matters. The idea of Zion as an alternative dreamed space of security and fulfillment had been a shared one: “Go Down Moses” was an inspirational spiritual for Black slaves. However, the political realities of Israel transformed Jews (in some perspectives) from persecuted to persecutor.

As a Jew raised in the poorest part of London in the shadow of the Holocaust I had a natural affinity with the dispossessed and impoverished. There was nothing heroic or exceptional about that; it was simply an inevitable part of our identity in that place and time.

I read the literature and became familiar with the fractures between Black Americans and Jews; experienced this firsthand in conversations and through observation in the USA. Stereotypical constructs (some based on social and economic realities) gave weight to the narrative of alienation, but it was not part of my professional, moral or emotional life. I also know that many Jews and Black Americans, our brothers and sisters, continue to work together for equity and inclusion in education abroad.

However, these divisions exist in history and in the world in which we all live. Paradoxical narratives coexist. We are allies but we live in a broader reality about which we rarely speak. This is a conversation in a “brave space” that I think we need to have.

How do we discuss the histories of our relationships? What histories matter?