Discovering the Museums of Buenos Aires

In this week's post, Tommy talks about one of his favorite experiences in Buenos Aires so far: exploring the museums.

I’ve loved my time in Buenos Aires for lots of reasons, too many to fit into these blog posts. I think one of the reasons most worth mentioning is all the museums I’ve been able to explore. To give a small look into some of the ones I’ve experienced, I decided to write about the two museums I visited to last week.

MUSEUM OF THE BOCA PASSION

Football (known in some parts of the world as soccer) is a religion in this city, and La Boca’s stadium is a temple for its most pious devotees. The team, Boca Juniors, grew up in the La Boca neighborhood and has been accruing a storied history since. It’s enjoyed first-division status for over a century, winning countless national and regional contests along the way. The museum features championship trophies and highlight reels as well as video outlining the team’s stars throughout the years. Every Boca kit (known in some parts of the world as jersey) in the team’s history is framed on one of the museum’s walls. 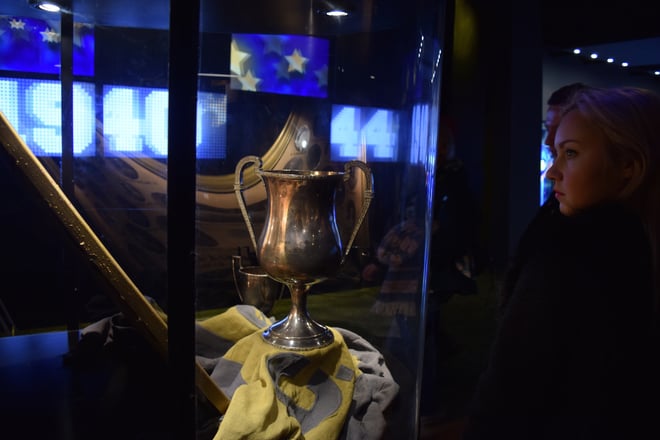 The best part was walking out into the stands to see the stadium. Like most structures in the city, it finds itself crammed between narrow streets. Tiny steps, made of concrete, form the stands, so close to the pitch (known in some parts of the world as field) that there’s a huge metal fence with barbed wire to protect fans from errant shots. The towering box seats reminded me of the hundreds of apartment buildings that line the city. The director for international students at Austral (my university here), who used to be a Boca fan, proudly explained most aspects of the space and solemnly explained the broken, corrupt nature of this national obsession. 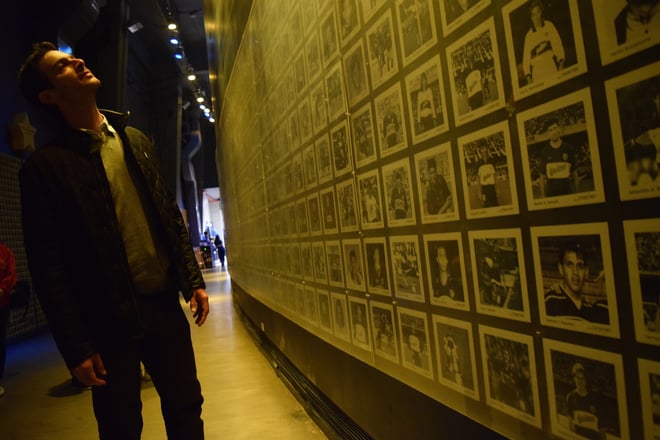 Other than standing in the stadium and seeing the pitch, my two favorite parts of the museum were the huge wall with a portrait of every single player and the virtual reality room. The latter was a hexagonal room with screens for walls that allows visitors to imagine the thrill of being a Boca player, developing from a young star in the team’s program to debuting with a goal.

This national art museum is within walking distance of my apartment, so I visited with my friend Val, another CAPA student. There’s one thing that completely blows my mind about the place every time I go: It’s completely free and open to the public—all the time. Some of the most prolific artists to ever pick up a paintbrush created the works housed in that building, and anyone in Buenos Aires can stroll in to take in the art’s magical beauty. 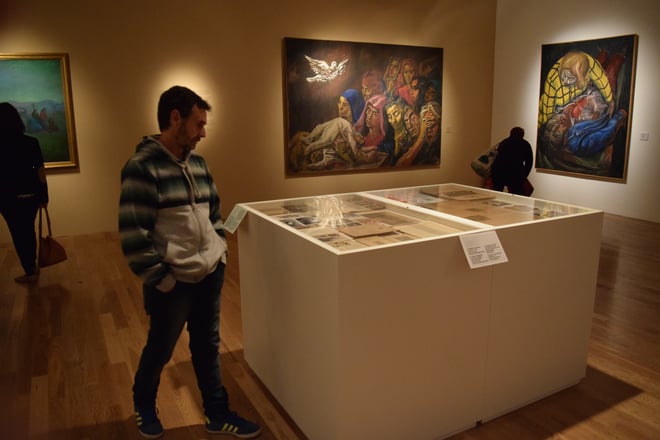 The museum allowed me to see artists I’ve studied in school, such as Picasso, Rembrandt, van Gogh, Pollock, El Greco, Kandinsky, Monet, de Goya and others. I’ve also learned so much about Argentine history through the exhibits that trace the country’s artistic development. When I went last week, there was a new exhibition on Mexican muralists, which enabled me to experience even more Latin American art. 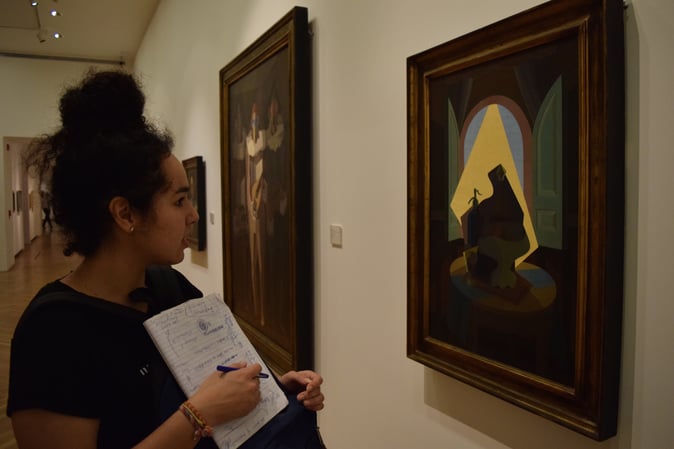 Val (examining a piece of art in the photo above) is from New Jersey, but her family is from Uruguay. It was so cool to discuss the Uruguayan art we saw with her.