Diversity within a Global City: Sydney

In this week's post, Colin talks about finding diversity in Sydney's culinary scene and parks.

I found myself sauntering through the thick, humid air of the CBD—the Central Business District, that is—last Sunday searching for the perfect flat white to start my morning. The heavy, overcast skies spit showers as I skipped from block to block, eventually landing at the Westfield for a cappuccino and a cannoli: the not-so-Australian-but-actually-Italian breakfast of champions. After admiring some of the opulent windows of Armani and the like, I continued to Darling Harbour to meet a friend.

The afternoon sun attempted to cut through the clouds, but the day remained overwhelmingly gray. Autumn has officially arrived in Sydney. We converged at the Chinese Garden of Friendship; a unique green space which peaks my interest each time I pass by, but hadn’t yet had the chance to explore. We serendipitously decided to discover the area accompanied with lunch at the Teahouse in the gardens. As if my breakfast weren’t ironic enough, this not-so-Australian-but-actually-Chinese lunch consisted of American sandwiches, English tea, and an Italian pastry. My point? Sydney is an incredibly diverse city influenced by a number of different cultures—as expressed (mostly) through my edible expeditions. 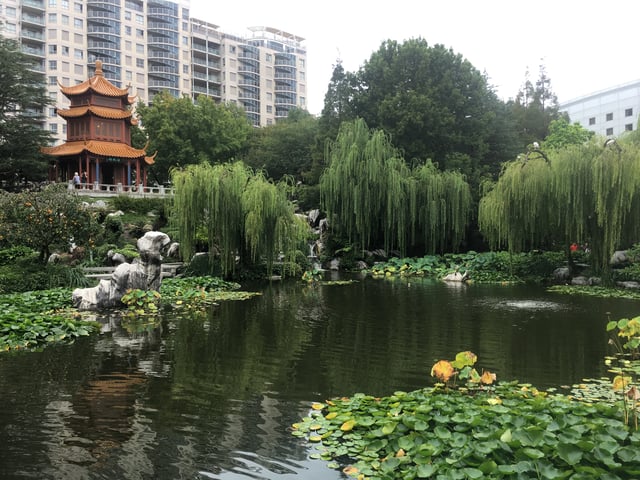 The Chinese Garden of Friendship was constructed in 1988 for Australia’s bicentennial as a symbol of friendship between Sydney in the State of New South Wales and Guangzhou in the province of Guangdong, China, which are actually sister cities of sister states. A truly tranquil space, architects and gardeners followed the Taoist principles of Yin and Yang while designing the garden to achieve a perfect harmony and balance. We roved the lush, green grounds as the sound of water lapping across the smooth rock waterfalls surrounded us. City skyscrapers climb well above the garden walls providing the only evidence of our location in the middle of Australia’s most metropolitan city. 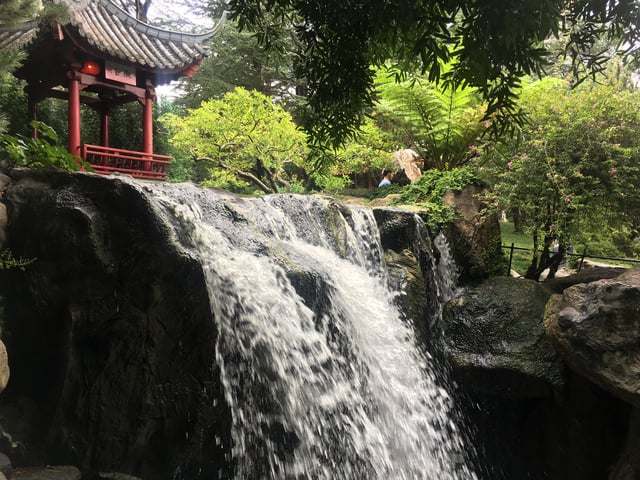 Later in the week, CAPA sponsored a food crawl through Newtown, a cultural epicenter and unique neighborhood oozing of diversity. We began at a vegan restaurant, Lentil As Anything. I was excited to stop at this nontraditional place, as I probably wouldn’t have ventured there on my own. The pay-as-you-feel eatery founded by a Sri Lankan refugee runs entirely on volunteers and served up some phenomenal food. I ordered the Goda Goda, an Indonesian dish with a spicy peanut sauce, and left highly satisfied, but I really left with more than a delicious meal and a full stomach. I left with a greater appreciation for the very different walks of life which filled the space. The wealthy European enjoying vegan cuisine. The Asian immigrant waiting tables while learning English. The American student studying abroad. 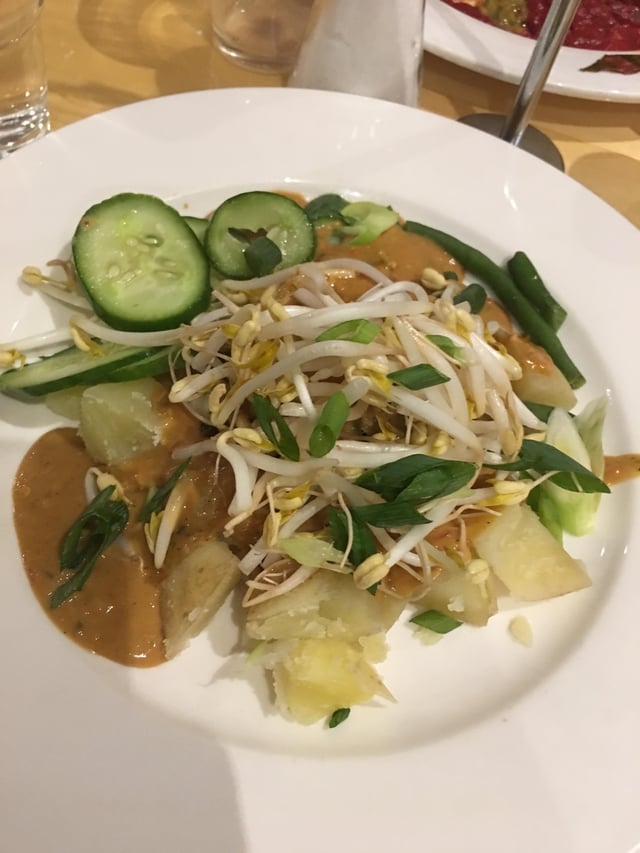 Taking a glance at any company’s set of core values, you’re bound to find the word diversity among a laundry list of other things. Many will stress their commitment to living out their values, and especially their commitment to cultivating an environment incorporating a multiplicity of races, cultures, and ideologies. While some achieve this goal, many don’t; and many don’t care that they don’t. If any HR Manager were to take a stroll through Newtown, they’d surely be inspired to re-think their commitment to diversity and understand the value in difference.

My small town of 6,000-something in Upstate New York surely doesn’t exude an ounce of diversity. Even the urban environment of Pittsburgh doesn’t compare to Sydney’s vast variety of people. The opportunity to live in a global city for an extended period of time is unlike any other. Those who are well-traveled are afforded the privilege of experiencing a variety of culture, but not the luxury of appreciating diversity in any one place. I’m sure spending a week in Sydney provides a much different perception of the population versus a semester in Sydney—I’ve been fortunate to see the many sides of Sydney throughout the time I’ve been here.

As my time in Australia dwindles down, though, I’ve found it increasingly important to absorb as much as I can from each experience. Experiences as simple as walking down King Street and appreciating the variety of skin tones and languages and self expression. Experiences as extravagant as meandering through a replicated Chinese garden and witnessing Taoist principles eloquently put into practice. There’s an opportunity to observe—and learn—something new in everything I do. In fact, I think I’m learning just as much outside of the classroom as I am inside of it.

How’s that for studying abroad?