Christmas can be celebrated in the school room with pine trees, tinsel and reindeers, but there must be no mention of the man whose birthday is being celebrated. One wonders how a teacher would answer if a student asked why it was called Christmas.
– Ronald Reagan 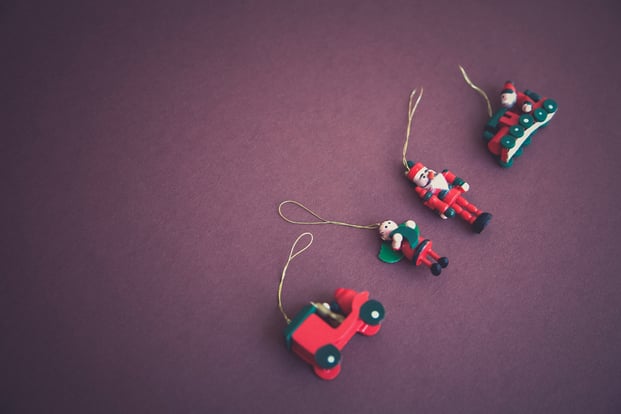 Things about which I am sceptical are unavoidable in these cold dreary days of December. If you live in London (or in most of the cities in which we operate) Christmas is omnipresent in our media, streets and shops. It begins, in fact, in early October and drags on for close to three monotonous months. It is in our eyes—tinsel town and twinkling lights —urging us to commemorate the conjunction of holiness and poverty by buying more and more things. It is also in our ears. Many of the Christmas Carols with which we are familiar were written in Victorian times. They are now heard, more often than not, as a kind of seasonal muzak in department stores: droning reiterations of sound devoid of meaning.

Rev. Frederick Oakley’s “O Come All Ye Faithful” (1841) was a rewritten version of the original Latin hymn, "Adeste Fideles." The lyrics, “O come, all ye faithful, Joyful and triumphant, O come ye, O come ye to Bethlehem,” might, in the context in which I last heard it, lend itself to a third, more contemporary, reiteration: “O come, all ye faithful customers, harassed and despairing, O come ye to Harrods/Macy’s/ El Corte Ingles … (insert name of your favourite shopping emporium).”

Voices of Christmas are heard throughout the land in recorded lachrymose loops. The gift of silence is about the only thing you cannot buy.

Religious associations disappear under the weight of commercial priorities. In a parallel process in education abroad, religious roots of the current festivities are buried so as to protect the tender sensitivities of colleagues and students who may take offence at displays of the faith of others. The Magi recognised that profound status is not conferred by wealth or social standing. They pursued what they took to be the light of transcendent power and found it in the midst of abject poverty. That is why they are also called the three wise men. They partook of what the poet W. B. Yeats called “the uncontrollable mystery on the bestial floor” (The Magi, 1916). 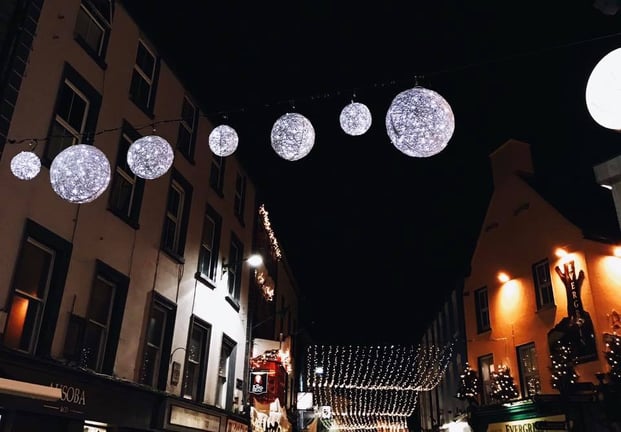 We choose not to teach delicate matters such as the meaning of religious belief even though it is a critical factor in the development of our histories, not least in the formation of national identities. In hiding the roots and symbols of belief, we obscure the significance of these festivities. We are not alone in this act of repression.

The Daily Telegraph (23rd November 2017) recalled the efforts of Birmingham City Council in 1997 to rename the period between 20th November and 31st December, which includes Diwali and Christmas, “Winterval.” The name did not catch on, but it was described as a skirmish in “a war on Christmas.” That is, of course, an over-simplification. The Christmas that celebrated the birth of Christ is besieged by commercialism and political correctness; it survives primarily in the minds of marginalized individuals clinging on to unfashionable faith. Dave Barry precisely identifies an alternative version of Christmas that shines undaunted, triumphant in shop windows of our major thoroughfares: “Once again, we come to the Holiday Season, a deeply religious time that each of us observes, in his own way, by going to the mall of his choice.” 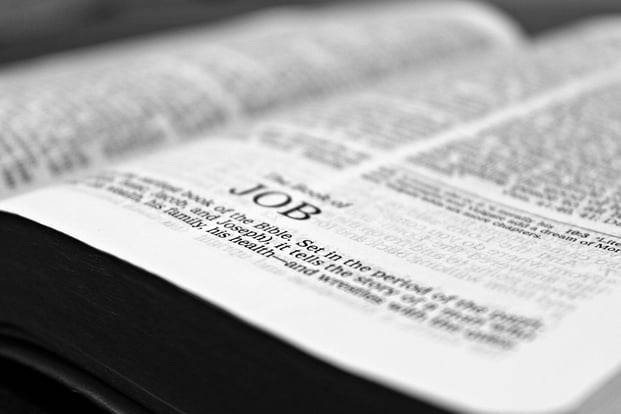 Christ is not the only figure missing in the prevailing narrative of these days. God or gods do not figure in our educational agendas very frequently. This is because somebody might be offended by something. It is not quite clear who that somebody is or what that something is but, in pursuit of anodyne security and consistent with a pallid form of liberalism, the deity mostly disappears.

As a consequence, the source of many of our holidays (originally holy days) is hidden. We choose not to explain these thing to the students we are trying to educate about the meaning of difference. Perhaps we subscribe to Friedrich Nietzsche’s view that "God is Dead." The evidence for that assertion is flimsy. The alternative proposition, from an anonymous graffito, is verifiable: “‘Nietzsche is dead’ – God.”

However, it has to be said that there is little evidence for or against any aspect of these conjectures that would stand up in a court of law (not even under Judge Judy’s wise jurisdiction). God (herself?) may or may not be dead but is certainly not thriving in what we teach students. The diversity of faith groups in our cities is presented as an expression of global mobilities, or as a manifestation of post-colonial politics. The roots of those faiths, what people actually believe, are mostly missing from the analyses. In protecting the sensitivities and sensibilities of those who may be offended, we implicitly, if unintentionally, enact anti-religious prejudice and choose ignorance over information. To me at least, this does not represent a great choice for liberal education which I believe, perhaps naively, ought to be more about revelation rather than repression. 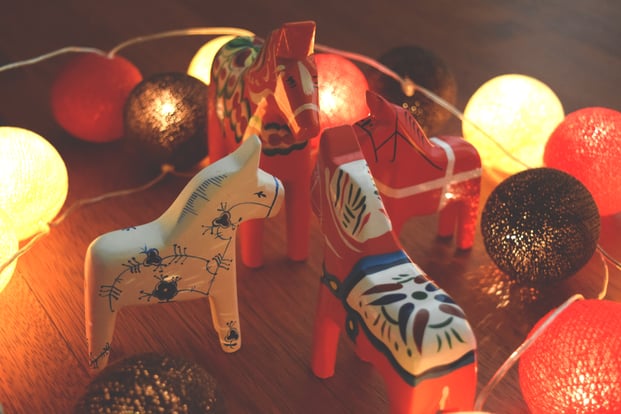 The Question I Asked

I would like to believe in God(s), but I am a committed agnostic (which is, I suspect, an absurd oxymoron). I also imagine that if God exists, she/he/it is profoundly indifferent to my views on this, or any other, matter. As my own gesture towards political correctness, I will assume that God is a she (even though we are told that gender is a construct). As a sort of lapsed Jew and a curmudgeonly Scrooge, I approach the entire festive season with a feeling of alienation and disconnection from the ways in which Christmas has become subsumed by commerce and trade. This leads me inexorably to the question with which I began this meditation. Does God agree with me or does She like Christmas? 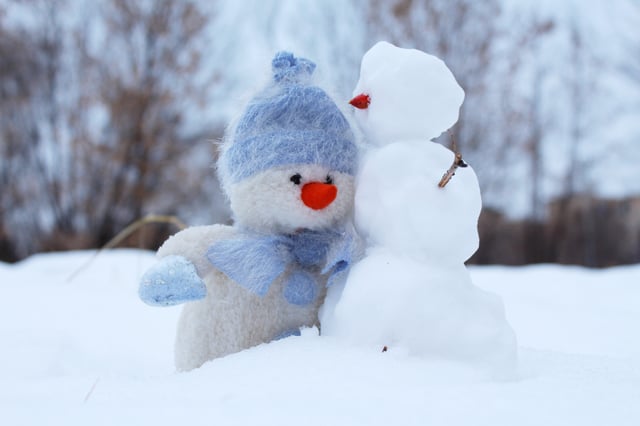 The evidence is not conclusive. One might suppose that, as the festival bears the name of Her son, She would have a predilection towards approval. However, given that He is somewhat absent from ritual behaviours and iconic images in our shopping centers, one might suspect that a certain lack of interest, even annoyance, has developed over the last few centuries.

Perhaps there is a glimmer of evidence to be deduced from Biblical sources (another thing we do not teach). The traumatic experience of Moses on Mount Sinai might offer a useful perspective or two. Among the injunctions received by the perplexed Moses is the following:

And the Lord said unto Moses, Go, get thee down; for thy people, which thou broughtest out of the land of Egypt, have corrupted themselves: They have turned aside quickly out of the way which I commanded them: they have made them a molten calf, and have worshipped it, and have sacrificed thereunto…

He is also ordered to relay the following set of quite complex instructions:

A key figure in this discussion, also expressed some irritation with the commercial exchanges taking place in the temple:

I am no theologian, but I discern a certain thread of meaning here. In short, I think God is saying that She will be seriously annoyed if we worship constructed gold things in place of Her, and that we ought not to envy the stuff that the guy next door buys (ox and ass are, I assume, metaphors for the products to which we aspire—we might read iPhone and fancy TV that makes coffee and tells you what to think, for example). 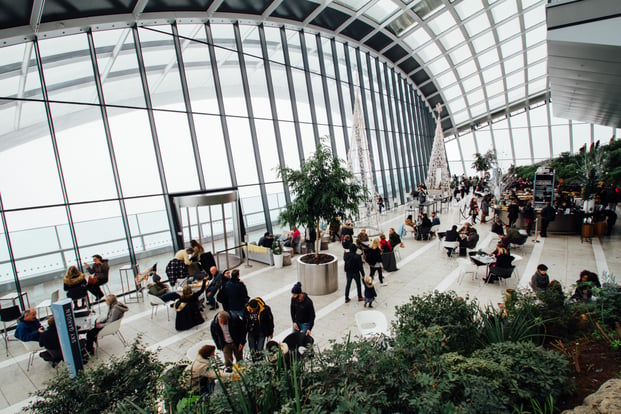 I also suspect that Jesus’s irritation was not directed towards the innocent doves but rather to those money traders who engaged in commercial activities that He felt were inappropriate within a religious context.

What does this have to do with Christmas 2017? The center of London is illuminated each year by great displays of lights that attract thousands to the primary shopping districts. The cost of these illuminations is mostly met by local businesses, who know a good thing when they see it. Do we discern a thread of connection between open-mouthed admiration of the light display sponsored by the major commercial outlets and the molten calf? Does this secular act of adoration look a bit like worship? Advertisers tell us that our lives are unfulfilled unless we have a new iPad, presumably so that we may better commemorate the birth of Christ. We might, to pay for these holy obligations, need to rely on the money traders of Visa and Mastercard. All of this makes me suspect that the Christmas we are preparing to celebrate is not in precise alignment with the spiritual and religious dimensions of Christianity. Christmas might not only have little to do with Christianity, it might in practice be in contradiction to principles of that faith. 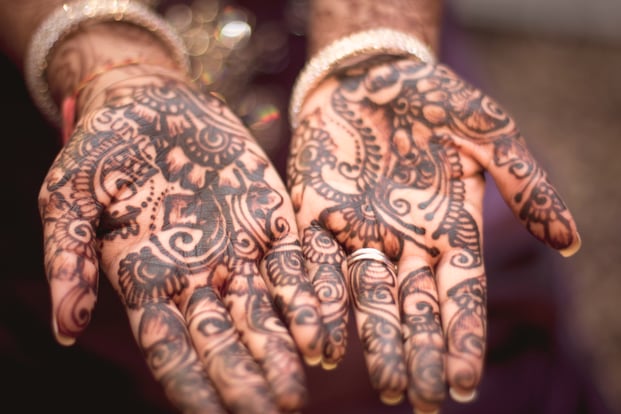 I do not feel, for any number of reasons, that I am ideally suited to speculate on what God thinks. She remains an enigma to me. I think She probably understands me better than I understand Her. I am, nevertheless, saddened by the fact that religious beliefs are so patently edited out of what we say to ourselves and to our students. We are involved in a paradoxical process. We wish to teach students to respect diversity. In pursuit of that admirable objective, we repress information that would empower them to understand the religious roots of difference. I do not understand why we do not teach the meaning of all these holy days (such as Diwali, Vesak, Eid, Yom Kippur and so on).That would enable students to understand that diversity is based upon more than the racial default distinction in America; it would empower them to understand the complexities of identity in unfamiliar environments. I do not understand why we chose to limit knowledge to only those areas that are safe, simple, and without any possibility of contradicting the inherited assumptions of our students (as if we ever really know what those are). All this worries me because I believe that learning should challenge inherited assumptions, should take students into areas of unease. Instead we protect students from the disturbances of difference. 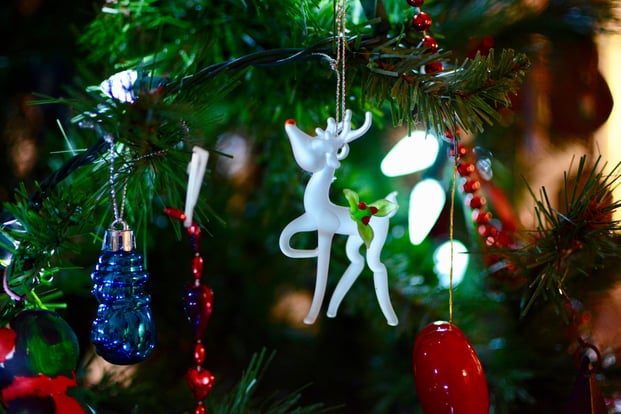 The Grinch has a good question that might lead us towards a good answer: