Dublin as a Global Hub

In this week's post, Brandon explores the background of Dublin as a global city and hub for international companies and makes another hike back to Glendalough.

I have had an eventful week, including an extensive tour of the Docklands by Professor Darren Kelly for Global Internships and a return trip to Glendalough for a day of hiking. However, the Irish school system’s equivalent of midterms week is now upon me, so I am currently working through several essays and looking fondly ahead to traveling around Europe for spring break (or “assignment week” as it is called here in Ireland). 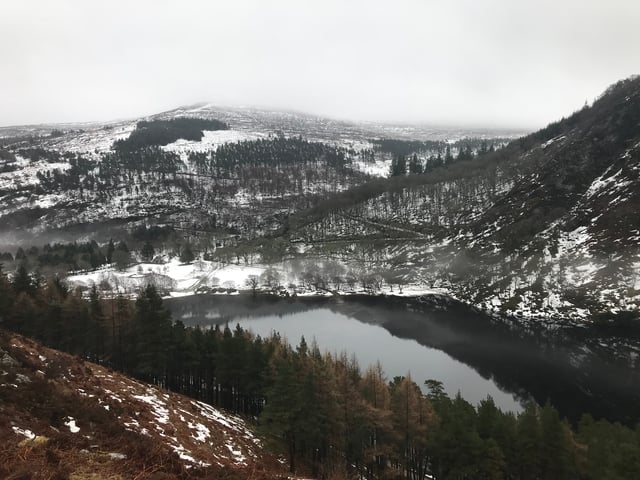 Overlooking Upper Lake from one of the valley walls in Glendalough.

Although field trips around Dublin are typical of my Global Cities course, this week, Professor Kelly chose to give the entire Global Internships class a narrated tour of the Docklands. The Global Internships course is mandatory for any CAPA student who takes part in an internship while abroad in Dublin; an opportunity that I would highly suggest taking advantage of! 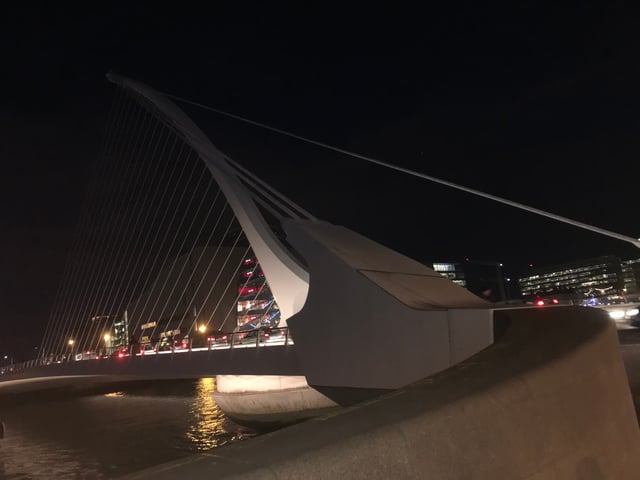 The Samuel Beckett Bridge in the Docklands.

The Docklands can be better understood by one who is unfamiliar with Dublin’s cityscape as being the financial or business district. It can be found around and farther down the mouth of the River Liffey, which meets the Irish Sea. On both sides of the River Liffey you can find the European headquarters for such companies as Facebook and Google, along with many banks and financial institutions. Due to Ireland’s extraordinarily low corporate tax rate (12.5%), most foreign companies have chosen to make Dublin their European hub of operations. 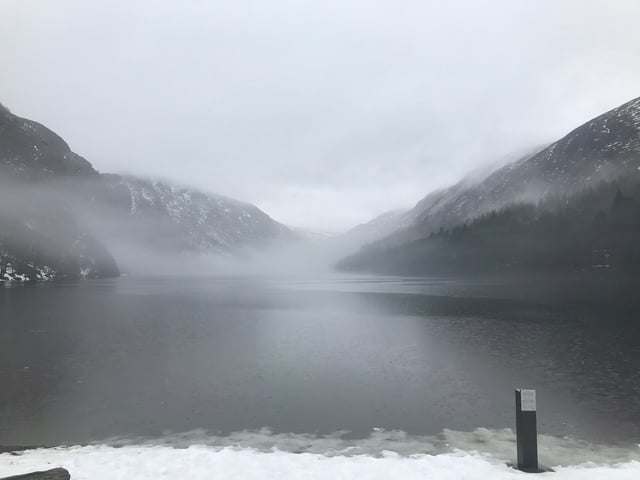 A view of Upper Lake covered in mist from the shore.

However, although this has led to unprecedented market growth, many new jobs for a young Irish population, and a newfound national position for Dublin, it hasn’t all been rosy. Due to the low tax rate, many people complain that Ireland is being fleeced by foreign companies who aren’t paying their appropriate dues to the Irish government. In addition, the arrival of big-name companies helped spark the Celtic Tiger that brought on the housing bubble that would eventually collapse following the financial crash on Wall Street in the U.S. in 2007 – 2008. Young Irish professionals with high, fresh salaries from corporations like Google were given exorbitant, unrealistic mortgages and loans from private Irish banks, which they were unable to pay back following the recession. This led to a housing crisis and economic turmoil much like what was experienced in the U.S. Professor Kelly gave his personal experience with this rise and fall of the Celtic Tiger, along with a general, informative history of the urban renewal of the Docklands.

Atop Upper Lake and River Valley from the hiking trail with the river beneath me.

I will now move on to the happier topic of yet another hike in Glendalough, which I continue to and cannot suggest enough! If you’re not aware, Ireland recently had its heaviest snowfall in over 30 years, so much of the national park still had some snow and the river had become a raging rapid rather than a steady stream due to the snow-melt higher up in the foothills. However, this only juxtaposed the last time I had gone, and what absolutely stunning. 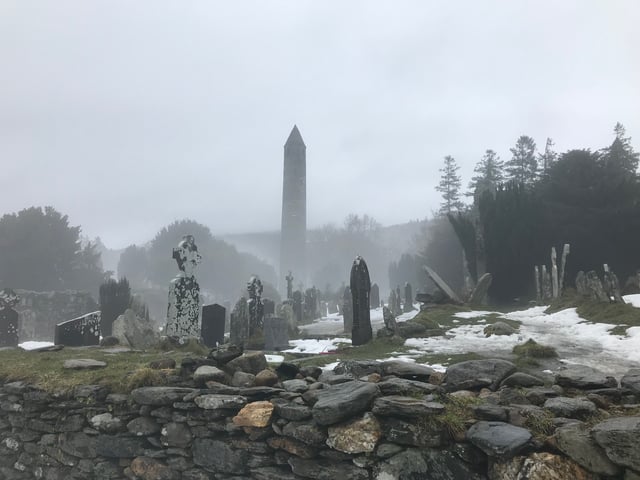 The monastic village covered in mist.

The valley itself was covered in heavy mist, which made the monastic city extra spooky and the lake seem mysterious. The park was also relatively empty due to the snow, with most of the tourists who came not braving the upper river valley due to being woefully unprepared for hiking in snow. Most had worn thin jackets and sneakers better suited to sidewalks. 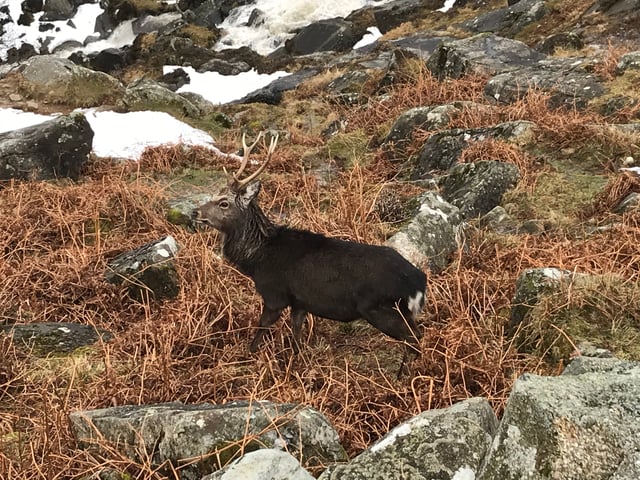 A buck that let me get close to it.

I climbed up one of the valley walls to get a better view of the upper lake and was well rewarded by the view. I ate my lunch on an outcropping and saw many herds of deer, which were out in large numbers due to the lack of tourists and hikers. I also managed to hike a lot farther into the foothills than I did last time, finally reaching the top of the main hiking trail that loops around and returns to the main visitor center. I stumbled upon a male deer on the trail as well, who seemed fairly comfortable with my presence and let me get within 20 feet of him before walking calmly away into the grass.

I hope you enjoyed my blog post and the respective pictures! And best of luck to those of you in the Northeast, as I know that there are a few snowstorms heading your way.