Dublin: Celebrating Two Cultures Through Food at the US Ambassador's Residence

In this week's post, Nathan shares an amazing experience he had to visit the US Ambassador's Residence in Dublin for an event celebrating the food of the two cultures.

I had a secret motive for choosing Dublin as my study abroad location. Sure, Dublin is about as exciting a place as any for a Technical Writing student to intern, serving as the global hub for mammoth tech companies like Apple, Intel, Facebook, and even Google. And of course, Ireland has beautiful countryside, and a never-ending array of cultural landmarks that appeal to my inner explorer. 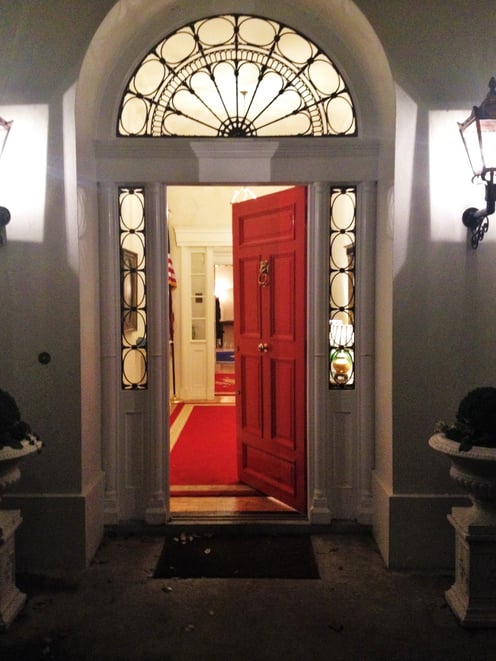 But weeks before I even left the country, I had a long list of Irish food and restaurants to try... Perhaps it’s the fact that I grew up in a small, Irish-influenced New England town, eating fried seafood and coddle on a regular basis, but even with study abroad options in Italy and China, I chose Dublin. Of course, had no idea at the time that I’d get an invitation within my first month in the country to sample the best food from across the country at the US Ambassador's Residence in Phoenix Park.

Phoenix Park on its own is interesting and large enough to spend an entire afternoon. At nearly twice the size of Central Park, it doesn’t take long to get lost along all of the wooded side trails, or stumble upon some monument or ruin. The first one I stumbled upon was the Wellington Testimonial, Europe’s largest obelisk (pay attention to how to get here from the Park’s entrance, and you can spend the rest of your time wandering without any worry of getting lost). 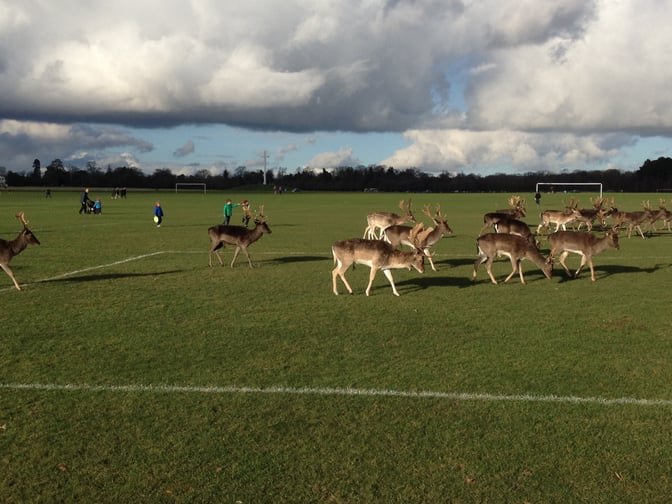 But, with the sun setting and a fair amount of time until my dinner, I decided to set out searching for Phoenix Park’s biggest attraction: the free-roaming herd of 500 fallow (wild) deer. While I immediately noticed the size of their antlers and kept a safe distance, children ran and played around them, while other tourists got up close and personal with their pictures, and a soccer team continued to play on the same field. If you have a clear afternoon in Dublin and want to venture outside the busy city center, you’d be hard pressed to find a more peaceful, relaxing spot this nearby.

Despite the beautiful, sunny day, an unexpected downpour sent me through the gate into the ambassador’s residence. While formal staff in tuxedos welcomed each guest, the crowd was a mix of fellow students, obvious foodies, and the scattered dignitary, food critic or restaurateur.

But on to the important part: the food. An organization called Good Food Ireland hosted the event as part of Ambassador O’Malley’s Creative Minds lecture series, connecting young Irish and American audiences in Dublin with prominent US artists. Because in Dublin, food is an art worth celebrating. The distinguished artist for this particular evening was Chef Amanda Freitag, host of Chopped and American Diner Revival. While chef Freitag was there to speak rather than cook, plenty of restaurants, farms, and food suppliers stepped in to show off their culinary talents. An orchard from southern Ireland greeted each attendee with a glass of sparkling cider, while competing with the Elderberry cordial from a shop north of Dublin. One dairy showcased smoked cheeses and all-natural yogurts, while another offered goat cheesecake, and handmade ice-cream. A small Oystery from the west coast showcased their catch on the same table as the mouth-wateringly delicious seared scallops from the two-Michelin starred Restaurant Patrick Guilbaud. While the dinner those scallops come back could easily cost more than a weekend trip in Paris, they were almost good enough to recommend trying anyway.

The diverse selection of food, with presenters ranging from the country’s most recognized restaurant to some of its smallest growers, sampled by so many different individuals immediately set the tone for the night’s lecture. As chargé d'affaires Reece Smyth put it, “With the current political client, and so many uncertainties threatening to push [Ireland and America] apart, it’s important to celebrate our cultural ties and the interests we still share.” Though chef Freitag had plenty of questions about celebrity and television to wade through, her main point was clear: food ties together countries and cultures with nothing else in common. Instead of highlighting her points with a story from Chopped, she talked about her early days as a New York city line chef, cooking French-method Thai food; a celebration of two countries that have virtually no geographical, historical, or ethnic commonalities. 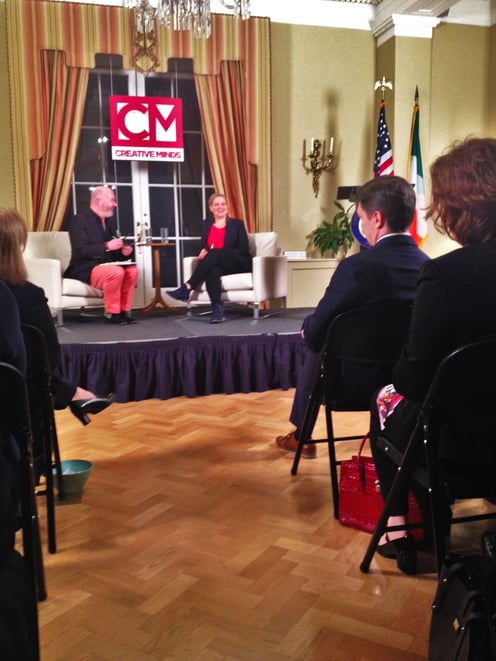 While it will probably be a long time before I taste anything with a Michelin star attached to it again, I can still appreciate the cultural unity surrounding food when I’m eating my Hong Kong-style Irish barbecue from Duck, or when I grab a meal at the pub, enjoying a conversation with the Dubliners sitting on either side of me.