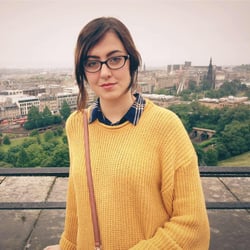 Words by Hania Powell, an English / critical media and cultural studies major from Rollins College who studied abroad in Dublin during summer 2015.

As a member of the LGBTQ community looking to study abroad, I was cautious to choose a place that I felt would allow me to succeed while being myself.

My decision to study and intern in Ireland for the summer was motivated by the incredible pace at which progress is being made toward equal rights, especially with the recent legalization of same-sex marriage through popular vote, and the country turned out to be the perfect destination.

Florida, my state of residence, legalized same-sex marriage in January of this year, and I recall the time vividly: the cramps I had from crossing my fingers during the weeks leading up to the decision, the hushed discussions and nervous predictions, and most of all the joy and relief that I felt upon hearing the news.

While I was in Dublin, I miraculously got to see the spirit of celebration that I felt in that moment reflected in tens of thousands of others during Dublin Pride.

The celebration officially spanned from June 19-28, but the majority of events happened on the final Friday, Saturday, and Sunday of the festival. Being there was an amazing experience, one that was wholly positive - the love in the air was almost tangible.

With the passing of the marriage referendum in May, Dublin has proven itself to be a hub of support for Ireland’s LGBTQ community, with the number of yes votes in some constituencies reaching as high as 74 percent, in comparison to the national 62 percent. Dublin Pride has grown into a huge event in a relatively small amount of time, and is the largest LGBTQ pride festival in the Republic of Ireland. With a definite boost from the recent win for LGBTQ rights, this year’s events were bigger, better, and happier than ever. While in just 1992 the parade was only a few hundred people, this year tens of thousands were predicted to come out (no pun intended) to celebrate the occasion; and sure enough, upwards of 50,000 people populated the streets in a bustling, glitter-strewn crowd. 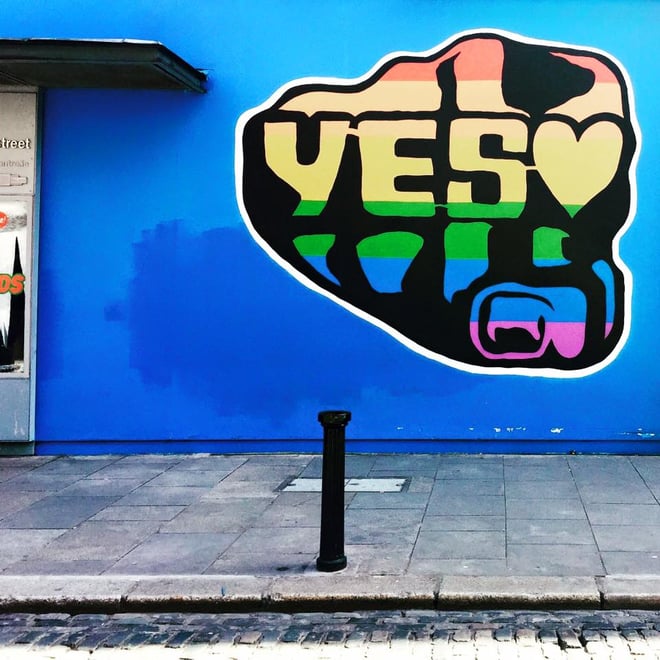 I was incredibly fortunate to get to experience all of this first hand—while I was a bit sad to be absent from my home country for the long-awaited SCOTUS decision to legalize same sex marriage across every state, Dublin Pride made me feel right at home. They celebrated not only their own victories, but also the victories experienced in my home country and across the world.

As was clearly illustrated by the sheer number of attendees at this year’s Dublin Pride festival, the occasion means an immense amount to the LGBTQ community and allies in Ireland alike. Members of the LGBTQ community that have been fighting for years are finally recognized as equal in the eyes of the law.

I was in awe of the gratitude and relief of the people I spoke to that had struggled for years with not having their relationship recognized by the government or even their family. I believe one can only understand through experience the inimitable feelings that come with this this validation after years of dismissal and oppression. 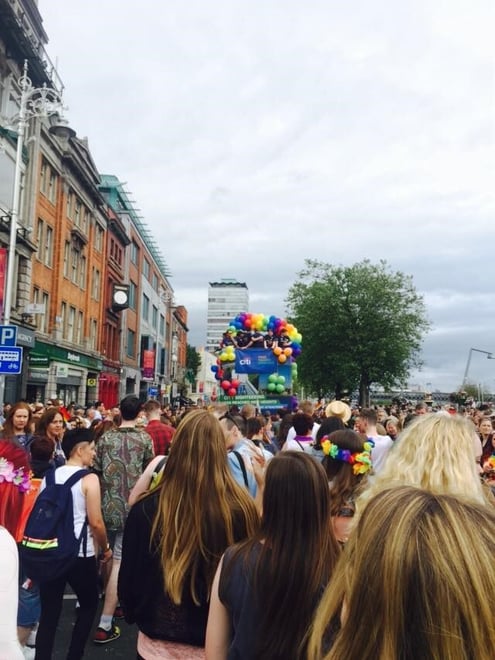 However, the boisterous and unwavering joy, the unparalleled commitment to and belief in a better future, and the open-armed expressions of respect and acceptance I saw in the celebration of this year comes very close to expressing what it is these members of the community must be feeling.

Finnegan once again articulates this beautifully in describing his feelings after the legalization of same-sex marriage in Ireland: “We were no longer ‘other’, no longer sympathized with, ‘tolerated’ or declared ‘different’. Suddenly, we became one with the right-thinking people of Ireland, who supported us in their millions, and in a million different ways.” 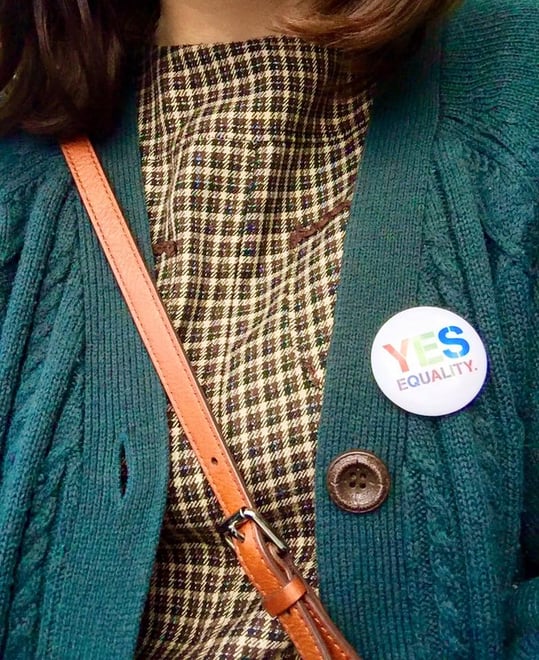 The Outmost recently questioned whether there was still a need for a gay scene in Ireland. The answer is absolutely—homophobia is far from eradicated, and LGBTQ youth and adults alike need a safe space where they can fully be themselves. Attaining marriage equality does not negate the need for inclusive spaces, nor does it mean that the voice of the LGBTQ community will fade to indistinguishable from the rest of the population. There is still work to be done, especially in the transgender community, and a voice and presence is necessary to continue to effect change.

Even as I write this, the 2014 Gender Recognition Bill has entered its final stage in the Seanad. It would allow trans people over the age of 18 to self-declare their gender by way of a statutory declaration, and make Ireland the fourth country in the world to specifically introduce legislation based on self-determination removing all medical criteria from the legal recognition process (meaning no requirements for medical interventions or diagnosis of a mental disorder). 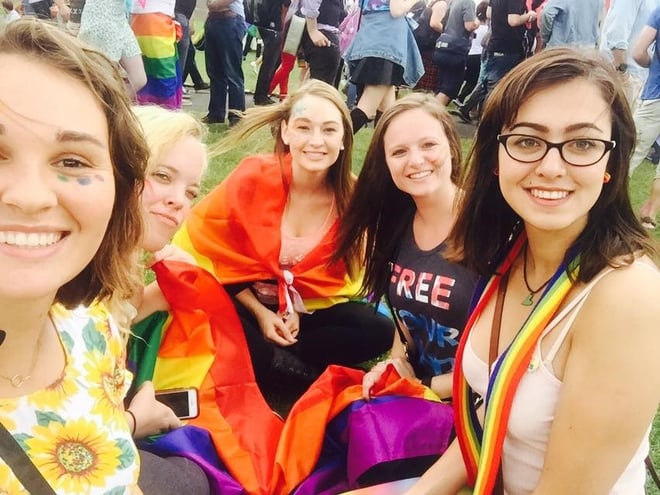 It is incredible progress—and it doesn’t spring from silence. Events like Pride act as a platform for change to be enacted and movements to be heard, and that is something that Dublin, Ireland, and the world cannot afford to lose.

Studying abroad in Ireland was an amazing experience, and one I would recommend to any LGBTQ student. As is likely obvious, my most meaningful interaction with the LGBTQ community throughout the course of my trip was the Dublin Pride festival, but even beyond that, the inclusivity present throughout Pride Month was reflected in the rest of my experience. Not only did people respect my identity; they celebrated it.

As I quoted the beginning of Brian Finnegan’s article, so will I quote the end: "We have grown up and moved beyond the darkness of our past, into the light. There is no going back… Our example says: here is to the recognition of the dignity and equality of every LGBT person on the planet.” 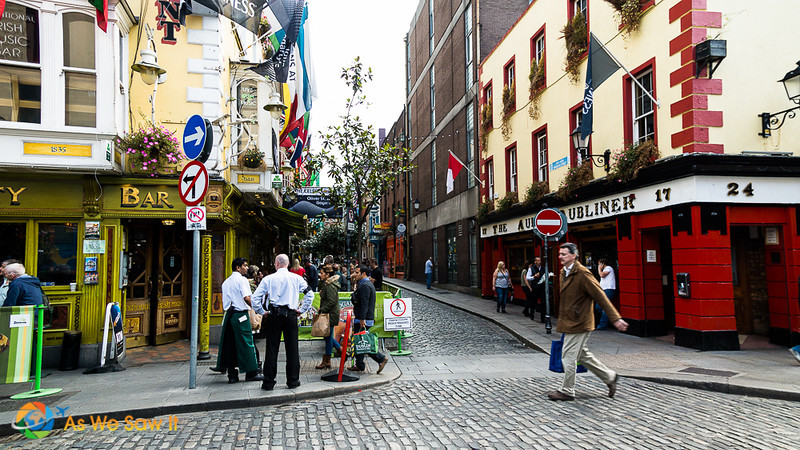 Photo via As We Saw It

Ireland has set a remarkable standard for the pace of progress toward equality in the world; they as a country made miraculous strides in a very short period of time, and believe the world should follow suit. And why not? I witnessed what was quite possibly the greatest amount of happiness I have ever seen present in one space during the weekend of the Pride parade; why not do everything in our power to replicate this happiness, to make this moment last?

Ireland is far from perfect; there is much yet to be done to eradicate the remnants of inequality left from the country’s past and written into its foundation (as is the case with any country), and the fight must not stop here. Dublin Pride reflected an understanding of this necessity, but it also provided a moment of pause—a moment of pure celebration, not only with the present national community, but in solidarity with all those who could not live to see this moment.

There is no way we are going back, but there is also no way Ireland will ever forget where its been and what it has overcome. 2015 Dublin Pride was an occasion to celebrate this fact, throw abandon and joy in the face of past, present, and future struggles, and work toward a better tomorrow. 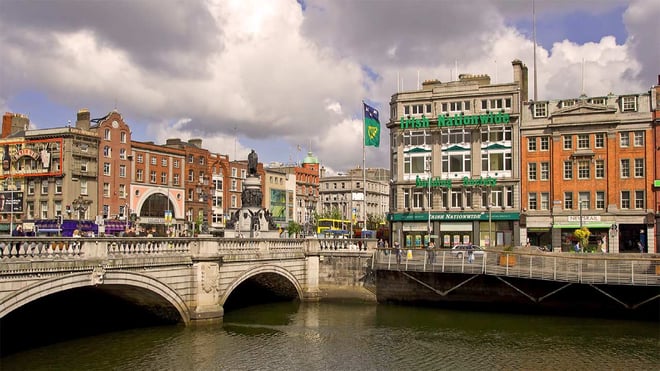 So I encourage any student considering studying abroad to choose Ireland, especially members of the LGBTQ community; it’s an amazing place to meet people, make lasting relationships, and most of all, be unapologetically yourself.