In this week's post, Tommy takes us along to an estancia to learn about traditional lifestyle and culture of the local gauchos.

The horses charged. Their riders were standing completely straight and holding what appeared to be a single chopstick. Their goal was simple but not easy: use the stick to catch a tiny ring hanging from what looked like a goalpost. 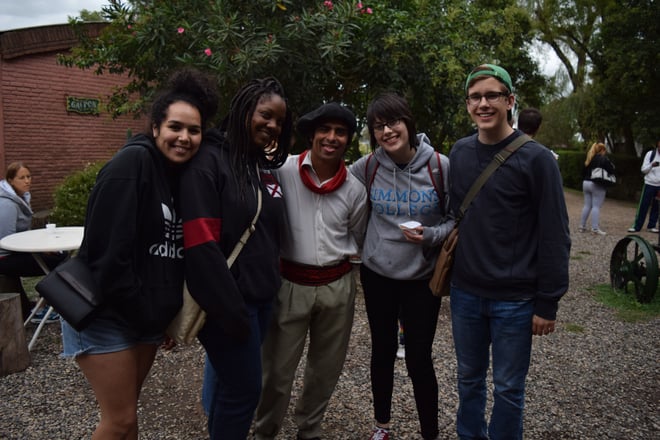 In the gaucho (Argentine equivalent to the American cowboy) tradition, any gaucho who can pluck the ring from the string was to get married. At the tourist estancia (ranch) the CAPA group and I visited, the winner kissed one of the ladies in the audience instead of proposing. And, her boyfriend or husband had to kiss the gaucho’s horse.

The CAPA group spent a full day at the estancia, about an hour outside of the city, joined by Isabelle, a CAPA advisor. (She’s so great!) We met early in the morning, filing into a bus with people from Argentina, Spain, Russia and France. Our tour guide explained a little about the city as we drove away, telling us about River Plate’s stadium, different parks, Argentine history. 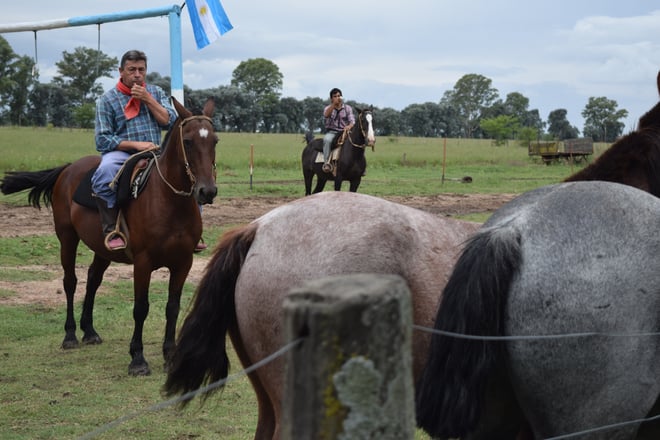 Once at the estancia, the staff would not let us stop eating. First, we enjoyed empanadas. An hour later, we dug into fresh salad and bread before experiencing some of the best meat I’ve ever tasted. I couldn’t really pick a favorite between the chicken, the beef or the sausage. All of it was juicy with a savory outer crisp. The vegetables were soft and seasoned well, the perfect compliment to the meat. We finished that meal with rich, sweet flan and dulce de leche. Before we left, we were treated to mate and pastries, as if we were hungry at all. 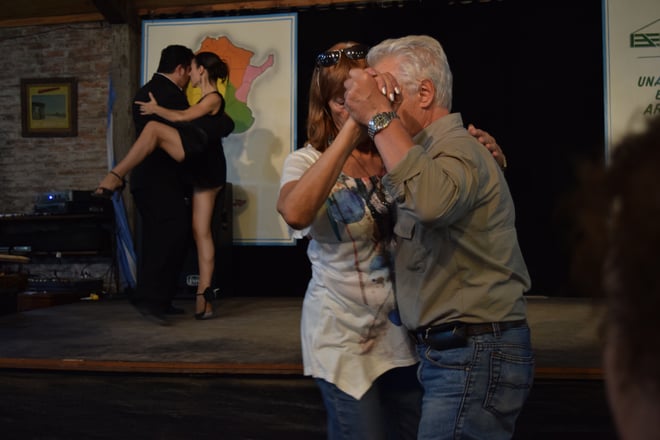 In between all of the eating, we learned a lot about gaucho culture and indigenous music. During our meal, we listened to live music representative of every region of Argentina. Most of it came from the magical voice of Diego, the estancia’s star singer and musician. (Everyone in the group ended up buying his album afterward!) Other performers danced traditional dances, all of which were impressively beautiful. I was even able to learn the basic steps of tango in the middle of the show when they chose a few volunteers to come up.

After, we watched demonstrations to get a better image of gaucho life. For example, gauchos would race and display their skills on horseback to determine property ownership. Also, to mount their horses, they would carefully flip a horse on its back—without harming the animal. As the horse went to stand up, the gaucho was able to hop on its back. It’s incredible to watch. The whole thing happens in a few seconds. 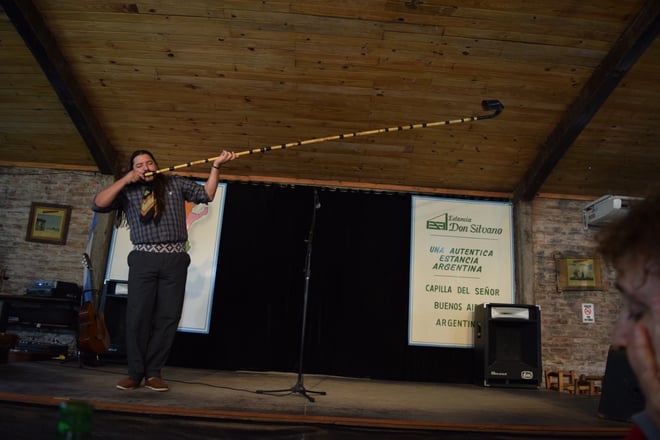 Other activities of the day included horse rides—on horseback and in a carriage—and a high-ropes course.

It was such a nice day! The countryside is a little cooler than the city, but there was plenty of sun. The land is wide open and fairly flat, so I could feel the strong breeze and see for miles. I really enjoyed not having to listen to busses and cars passing by. The only downside was the smell of the horses.

Like I said earlier, the day was very full. I could not keep my eyes open for about half the ride back. Then, I took a long nap until dinner that night. 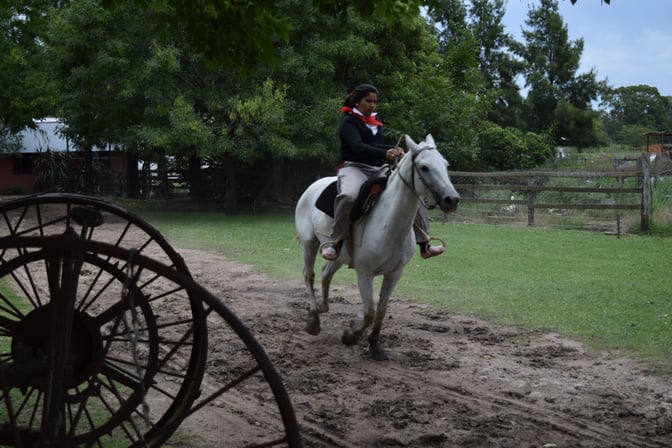 Final note: for the most part, I love being more or less bilingual. Every once in a while, though, it’s just plain annoying. Throughout the day, the workers at the estancia explained everything in both English and Spanish, which makes sense. However, for those of us who can understand both, it was unbearable to hear the exact same fact or instruction twice all day.