Experiencing Life in the Global City of Shanghai 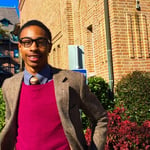 Rashad Williams is an official CAPA blogger for summer 2015, sharing his story in weekly posts on CAPA World. A Strategic Communications and Political Science major with a concentration in Pre-Law at Hampton University, he is studying abroad in Shanghai this summer.

Below, Rashad talks about Shanghai as a global city and how that has played a role in his experience abroad so far.

Over the past 10 or so years, Shanghai has undergone a tremendous economic renovation and reform under Chairman Den Xiaoping’s leadership, following Chairman Mao Zedong’s socialist leadership. This has allowed for what was once known as a fishing village to develop into China’s largest financial and economic hub and one of the world’s largest cities. 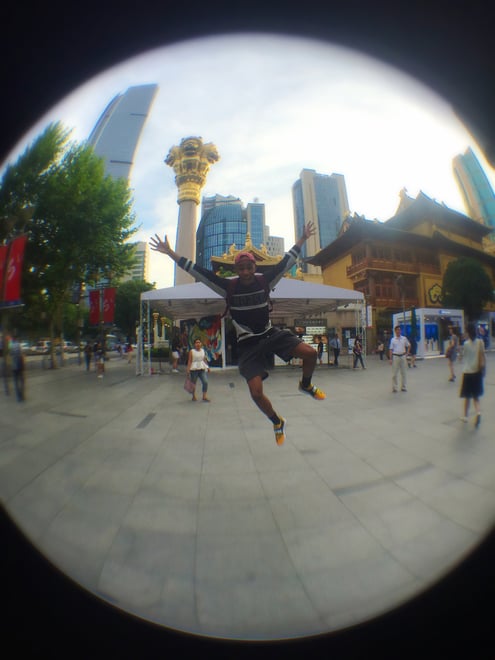 Shanghai’s catapult into economic success has drawn a lot of attention from other countries, and now Shanghai is known as an international, or global megacity. This simply means that there are a plethora of influences from all over the world that impact local business and tourism.

Since I have been in Shanghai, I’ve personally seen and met people from a wide range of ethnic backgrounds, from African to Indian, British, Hispanic, Australian, and anything in between. For example, one of the first places that we went to as a group with our CAPA Resident Director was an authentic Indonesian restaurant, where we were able to try a variety of delicious Indonesian dishes! 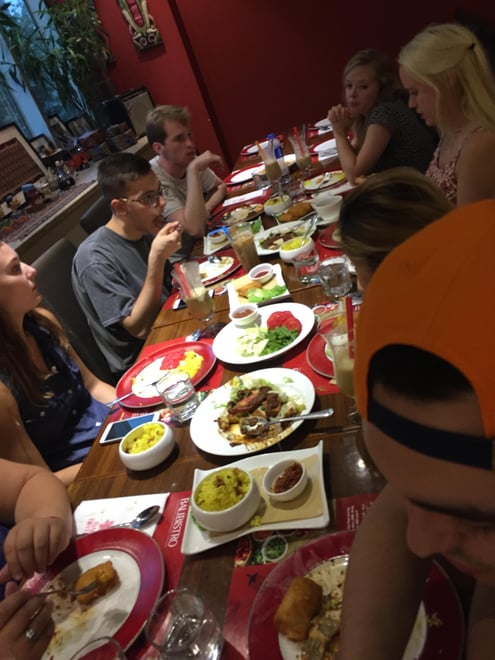 Living in a global city such as Shanghai makes acclimating to the cultural differences easier than it would be if I were in a completely unfamiliar environment. In the case that I am in the mood for a few wings and a burger, it is not hard to find a western or European bar and fulfill that craving. Certain attractions seem to draw more international business than others. One of my favorite western bars is called Windows, near the Jing’an Temple. Our first experience left us with a great impression, and now we can’t stay away! 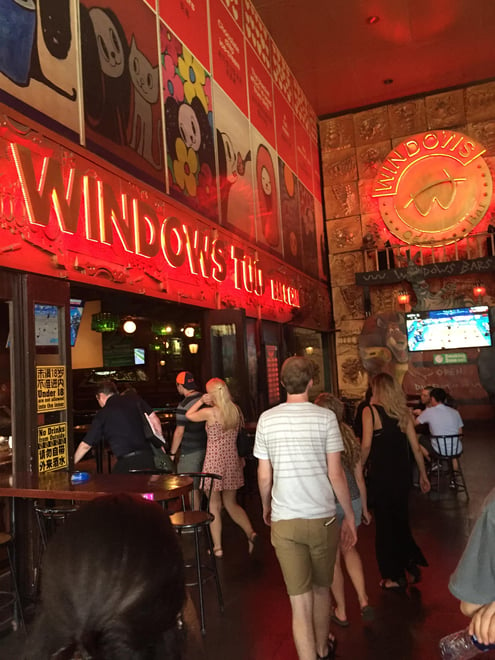 Being in an international city also helps in adjusting to the language barrier. Mandarin is a very difficult language to learn, and while Pinyin (English form of Mandarin) often times serves as an aid, maneuvering through day-to-day activities and interacting with local Chinese people can be challenging with no prior experience with Mandarin. Nonetheless, because Shanghai is a global city, I am able to stumble across someone – Chinese or not – who is able to speak some English. With that being said, Mandarin in Shanghai is not required, rather simply recommended.

Despite the integration of so many cultures in China, my experience as an African-American is one like no other. Americans are usually treated with a sort of “privilege”, if you will, that makes certain parts of the trip special. Every now and then, My friends and I may get the “free” treatment in a club or even just stares of awe along the street. Occasionally, I’ve even had random instances where the Chinese people will come up to me wanting to take selfies. I just chalk it up as being as new to the environment as it is to me. 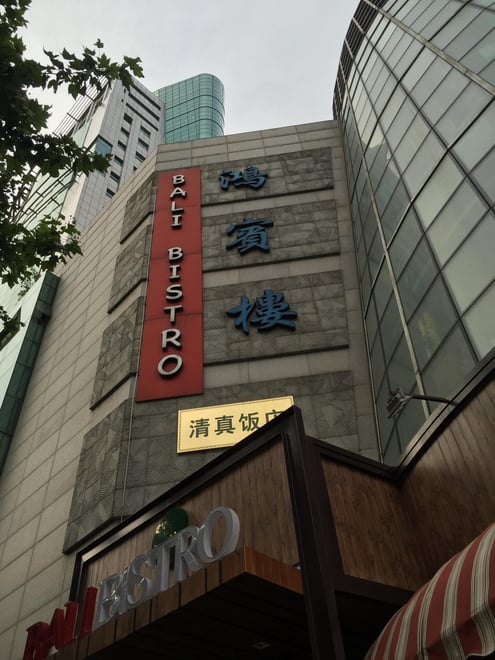 Within the first week, we had explored a museum, People’s Square, Zhongshan Park, The Shanghai Oceanic Aquarium, The Bund and the fake market! That's right. I said a FAKE MARKET, where you can count on everything being knockoffs, yet incredibly similar to brand-named items. From Michael Kors to Ferragamo to Nike and even The North Face; you name it, they'll have it.

The thrill of the fake market lies in wrestling with the vendors to bargain for the lowest price possible. My first time at the fake market, I spent about an hour bargaining for a pair of shoes that I didn’t initially even want! As aggressive as the vendors are, I found myself, with my adrenalin pumping, sharpening my bargaining skills with every step I took. 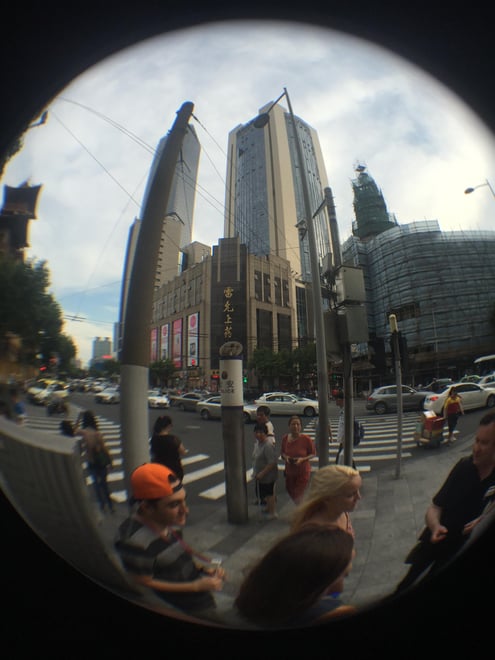 The market even had an entire section of tailors that will make whatever style suit, from any fabric or pattern that you choose (for the right price, of course!). I guiltily admit to having three suits and a coat made, just because I know that type of deal would be nearly impossible to find in the United States. This is just one of many examples of how Shanghai thrives on its “hustle and bustle” climate and is growing to be the financial powerhouse of a new era.