Experiencing the Australian Sporting Culture Through My Sports Marketing Class 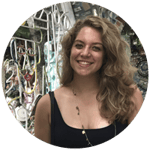 In today's post, Sydney talks about how much she liked and learned from her Sports Marketing class and what it was like to experience the Australian sports culture through lessons, field trips, and attending games.

As much as I sometimes can’t believe it, my experience in Australia, is more than just eating and exploring...I also have to work and go to class. Studying is a vital part of “studying abroad.” 😉 Lucky for me, I’m taking a class on a topic that I find interesting, and with a professor that used our location and experiences outside the classroom to enrich our lectures and make studying not so bad. 😉 For anyone looking to go to Sydney through CAPA, I 100% recommend Sports Marketing with Dr. Andy West. 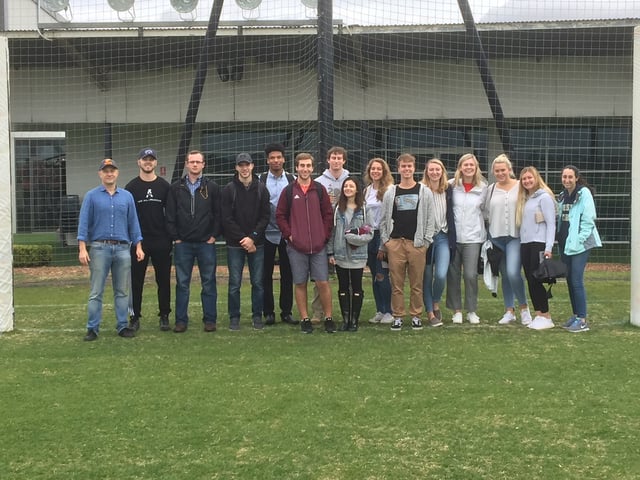 A group photo with my Sports Marketing class.

If you know me, you already know that I’m a varsity athlete and a marketing major at the University of Pittsburgh, so you may think I’m a little biased towards the topic of Sports Marketing given those two things. But I promise, the class and the professor were just cool despite those things. One of the coolest things we did over the course of the semester was take a few trips to Sydney Olympic Park, home of the 2000 Summer Olympics. We learned about how Sydney won the right to host the games and turned what was once an abattoir, a brickworks, and wetlands into an Olympic venue. Even more interesting, we learned about the post-Olympics development. The area became its own flourishing suburb with places to live, work, eat, relax, see concerts, and of course, watch sports events. 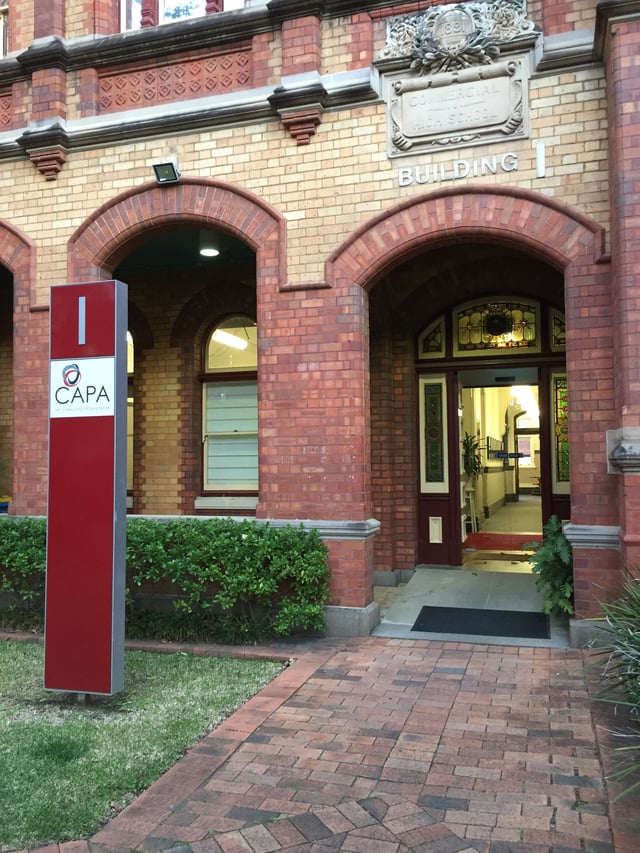 Classes are held at the CAPA Sydney building.

One particular sports team that is now housed at Sydney Olympic Park is the Greater Western Sydney Giants. The team is one of the most recent teams to join the Australian Football League and the second to reside in the city of Sydney. We went to their facilities to see where the team trains and to talk to the back office and the behind-the-scenes people about ticketing, membership, sponsorships, and advertising. Then, a few days later, we got to go to a Giants game and actually see the team play. We watched the sun set over the stadium and ate meat pies; I felt like a total local (other than the fact that I had no idea what was going on on the field). Australian Rules Football is one of the most confusing sports I’ve ever watched—but I absolutely loved it. It’s like a mix of rugby, soccer, basketball, football and yet, totally unique so you can imagine how it would be tough to follow at first. 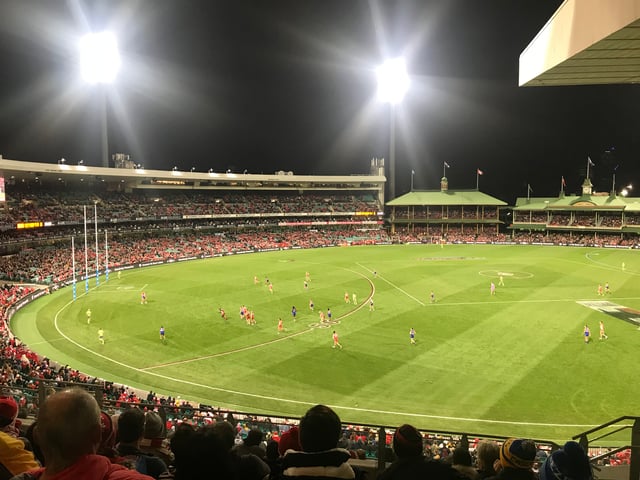 When I got the chance to go to another AFL game through one of CAPA’s cultural packages, I was stoked. This time the game was at Sydney Cricket Ground for a match-up between the Sydney Swans and the West Coast Eagles. At the time the teams were ranked 4th and 2nd respectively, so it was a much more competitive and high stakes game. It was also a great game because I understood it much, much better thanks to my first experience with my class. 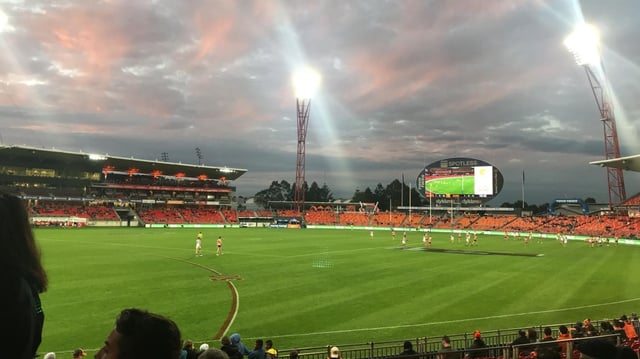 The Australian sports culture is prolific.

Overall, my Sports Marketing class and the opportunities I had through CAPA helped me really experience and enjoy the sports atmosphere in Sydney, which is such an important part of what makes it the city that it is. Between AFL, rugby union, rugby league, soccer, basketball, and cricket (among others), Sydney boasts more than 20 sports teams. Aussies rooting for all of these different local teams also come together to root on the New South Wales team in the annual State of the Origin rugby league match and for national level competitions like the World Cup. When bigger games like this were on, you couldn’t find a pub or bar around that wasn’t showing the games and bringing people together and it was amazing to be in Sydney on those nights.