In this week's post, Tommy talks about his first tour of Buenos Aires and some of his favorite sites.

Dr. Pagano, CAPA’s Buenos Aires Resident Director, took the group on a city tour our first Saturday. We explored Buenos Aires from the top of a two-story bus for most of the day yet only covered about a third of the city. Actually, a few of us spent a couple hours on the bus Sunday to see even more. This city’s enormity blows my mind! 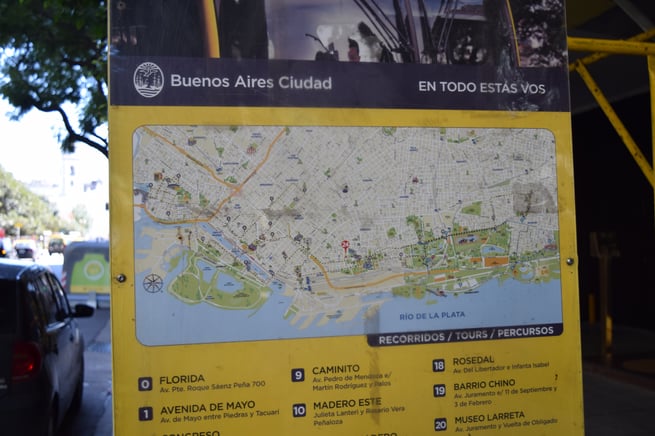 Photo: The tour only covered a portion of the giant city.

Although the bus offered historic and cultural information, Dr. P presented us with much more interesting facts about everything the bus passed.

Here’s a quick list of my favorite sights and sites:

THE ARCHITECTURE. The Casa Rosada (Pink House) is Argentina’s equivalent to the United States’ White House. This impressive building is incredibly beautiful. Colón Theatre, like the Pink House, shows off Europe’s influence on Buenos Aires with its stunning façade. On top of its exterior beauty, the theatre is home to some of the world’s best acoustics. It seems to me like Buenos Aires contains half Classic architecture with intricate designs and marble and half modern architecture with high-reaching penthouses and glass. This mixture of style persists throughout the city in wonderful integration. 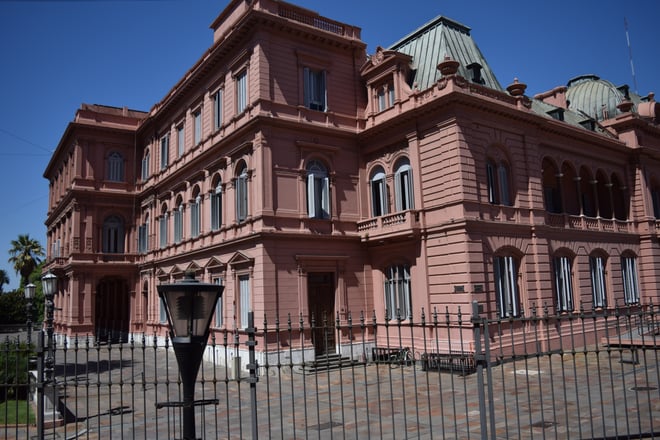 Photo: Here is a shot of the backside of the Pink House.

THE SOCCER SCENE. On Sunday, we stopped by the stadium of Boca Juniors, one of the city’s favorite futbol clubs. There, I made the poor decision of eating a choripan—chorizo (a type of sausage) on pan (bread)—from a street vendor. Although the rich, savory pork and soft bread tasted delicious, it was not the best meal for a stomach still adjusting to a new country’s diet and water. Later that day, I watched the Superclásico, the match between Boca Juniors and River Plate. Buenos Aires’ top two teams tied. More importantly, they gave me an idea of the intense passion soccer generates here as I watched fans march in the streets and my host family jump with each major play.

THE STREET ART. The street art throughout the city is creative and often political. The names of candidates lingered above the sidewalks months after the election. Colorful designs, word art and stylistic creatures on buildings add vibrancy to an already brilliant city. I think the contrast between the regal white marble statues and the multifarious, publican graffiti sheds light on the present condition of a city with a complex economic, social and political history. 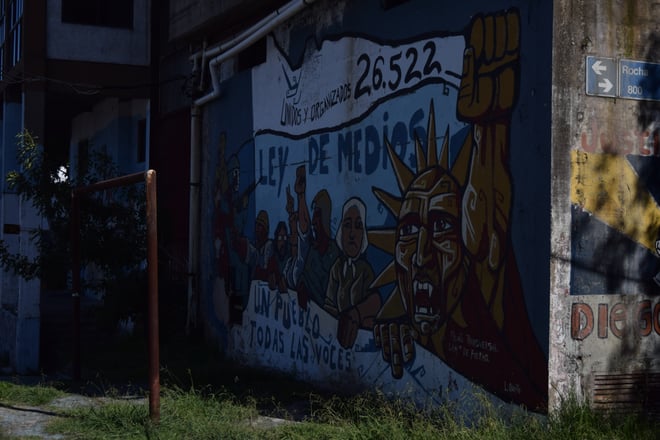 THE PUBLIC SPACES. I loved driving by the parks and plazas, which feature beautiful statues and fountains. Since most businesses are closed on Sunday, the people of Buenos Aires have time to spend with loved ones and to relax. Public spaces, therefore, form a huge part of the culture. I watched parents teach children how to ride bikes, friends play soccer and couples enjoy picnics. 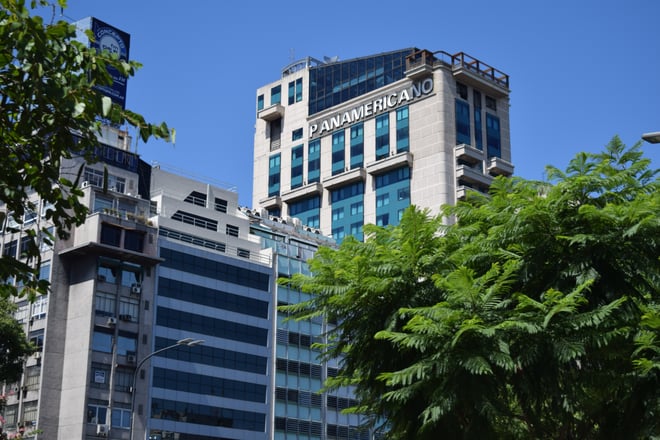 As much as I loved the view from the bus, one of my favorite parts was getting off it to move around on foot, even if I had to avoid the dog poop and patches of broken sidewalk that expose mud and pipes. Off the bus, I got a better whiff of the cigarettes, car exhaust and dumpsters, but my first step into a panadería (bakery) filled my nose with the aroma of fresh bread. I instantly forgot the other smells. 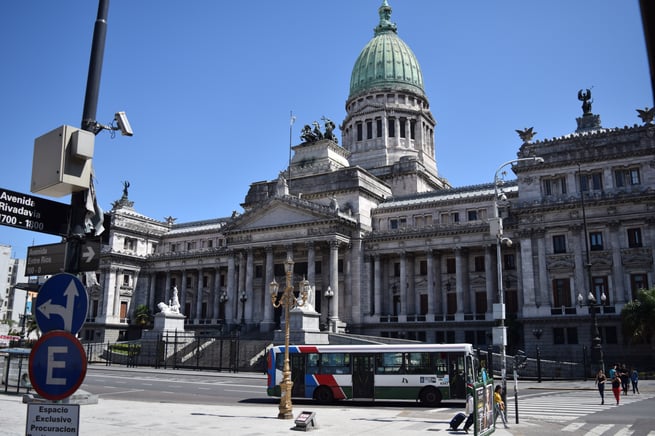 Photo: Another awesome building—this is where Argentina's Congress meets.

After the tour, I had a much better understanding of Buenos Aires and a much bigger list of places to visit. Unfortunately, the tour did not help me find my way around any better, because I usually find myself lost every day or two.