In this week's post, Joyce takes us on an adventure to three coastal cities in the south of England, all easy day trips from London.

Early on in this trip, I met some expats here in London and was told that if I really want to see the real UK, go visit the smaller cities that make up the UK, not just London. I had a mission in mind to visit other cities while I’m here. I can experience London during the week after class or my internship and go elsewhere on the weekends whether it is just a day trip or all weekend. Booking tickets in advance helps the budget, so I tried to book my tickets as early as possible.

I must admit that I miss spending the summer in warmer weather. I liked spending my summers outdoors near beaches. I realized that when I made the decision to spend a summer in England that it was not going to be same. And it’s fine. But I picked three different cities by the south sea to visit so I can at least be sort of close to a beach of some sort.

Brighton is an English seaside resort town that I have heard was quite popular. It is about an hour south of London by train, making it a popular day-trip destination for many from the city or those who live in between the city and the south sea. Brighton has a huge stone beach and a pier in the central waterfront with rides and food kiosks. We planned a Brighton trip to enjoy the popular beach. 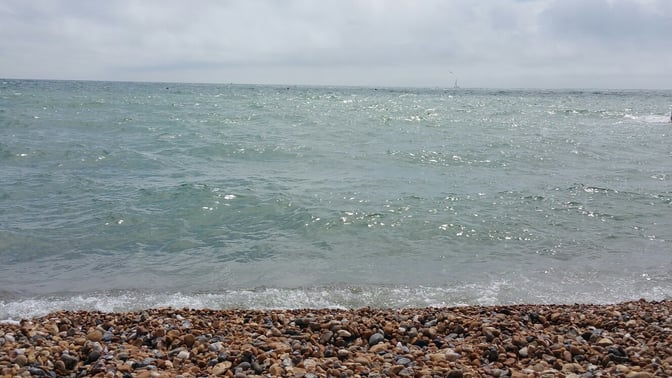 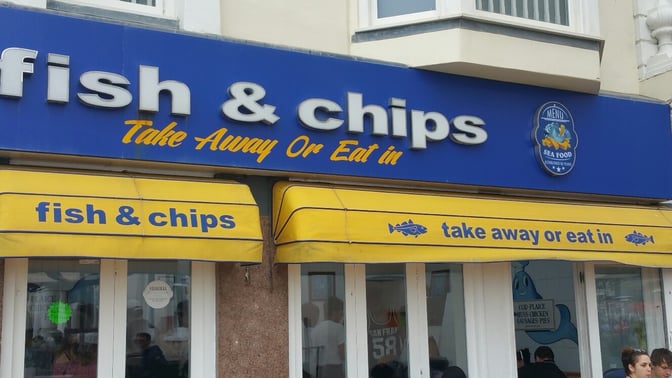 However, the weather was uncooperative for a nice summer tan. It was actually much windier than expected even for being on the coast. I barely found it tolerable to sit on the beach, but there were lots of people including small children playing in the water. I guess it really depends on what you are used to. Instead of laying on the beach, we walked around on the sea front and ate fish and chips. They city was quite busy and populated during the day with lots of locals enjoying what they consider to be great beach weather.

Portsmouth is a large port city on the south coast of England. The train ride was less than two hours from London. I actually chose to visit this city because I have some friends who moved here a few years ago. The naval base in Portsmouth is the largest dockyard for the Royal Navy, so there were lots of military museums nearby. This includes the Royal Marines Museum, National Museum of the Royal Navy and the D-Day Museum. I spent most of my time here walking along the sea front catching up with friends. Again, I couldn’t help but notice how many people were in the water when I needed to be wrapped up in blankets! It is a much quieter city than Brighton. The sea front has a few small restaurant and food stalls right by the beach. Eating fish and chips by the beach was amazingly relaxing. 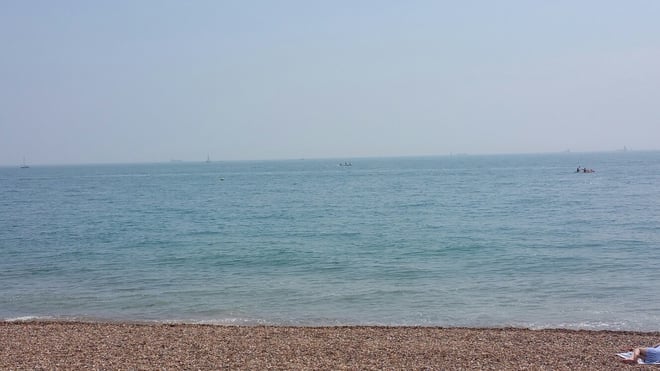 Other sites in Portsmouth include the Southsea Rose Garden, which is a beautiful rose garden with over 40 varieties of roses, and the Spinnaker Tower on the Portsmouth Harbor which is one of the UK’s tallest structures. 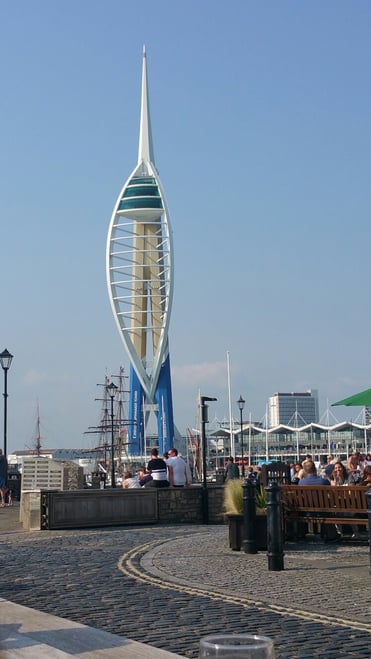 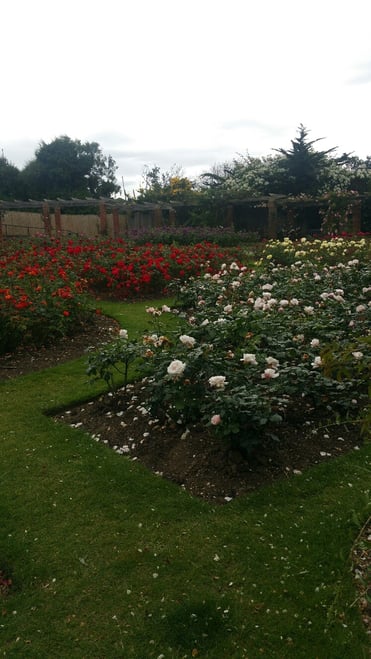 Lastly, I had a chance to visit Bournemouth. Bournemouth was a three-hour bus ride from London. We chose to take the bus because it was significantly cheaper than a two-and-a-half-hour train ride. It is a seaside resort city on the southern coast of England. It is known for its seven miles of sandy beaches. We chose to stay with an Airbnb host, which enhanced our experience in the city. She showed us around town and made suggestions on where to go. 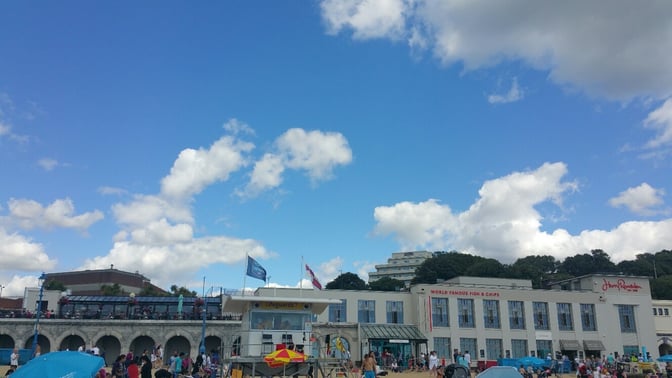 We found out when we got there that Bournemouth was a popular international student destination. We saw lots of private English language schools as well as universities. It was pretty much a college city with a beach. Needless to say, it has the reputation of being a lot of fun. Most interesting was the experience on the city bus. I heard no English spoken by other passengers but heard lots Spanish, French and German instead. This was a very young and diverse city. 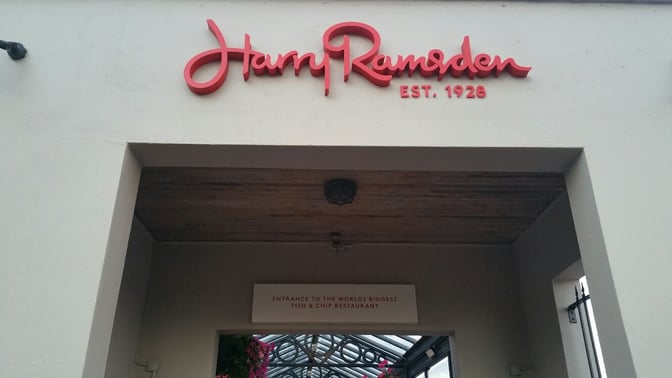 Our host suggested that we visit the pier on the first evening because they have fireworks every Friday during the summer. So we actually ate fish and chips on the balcony of the world’s biggest fish and chips restaurant and watched the fireworks. 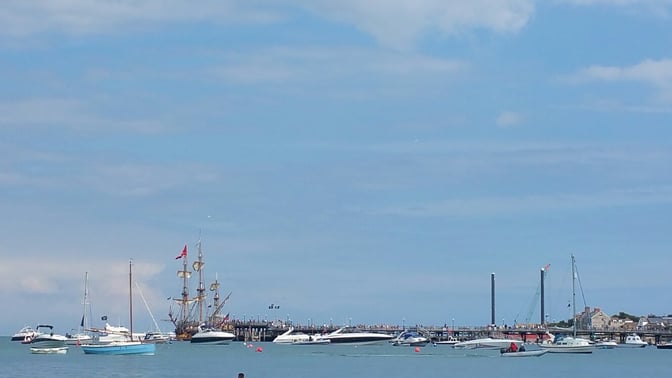 The next day, we took an open top double-decker bus to an area nearby called Swanage. We heard there were some great beaches there too. The bus ride took about one hour and a half but it didn’t feel that way at all. It had multiple pick up points in Bournemouth and had drop off points at different sites on the way to Swanage as well. The scenery was worthwhile. It you are not a fan of the wind blowing through your hair, I wouldn’t recommend sitting at the top. It did get a bit too windy for my liking, but luckily my friend brought a blanket. This was more of a family beach. It was an interesting crowd when we visited because there was a pirate-themed event taking place that weekend. 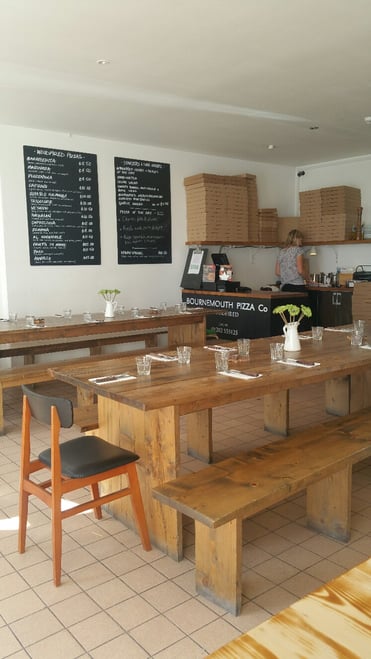 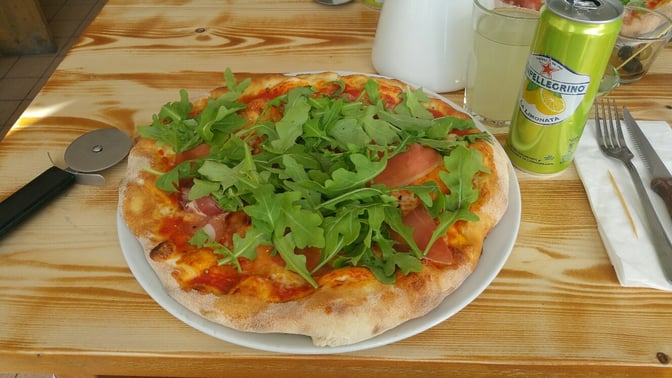 We spent our final day at the beach in Bournemouth taking advantage of every minute of clear sky. We found a wood-fired pizza place close by the bus and train station before we headed back to London. I highly recommend it. A 14” pizza might be nice for a two to three hour ride back. As a nutrition major, I can appreciate ending the weekend with fresh leaves of rocket as a topping on pizza. Rocket here is arugula in the US. I had to ask and now you know. If you have never tried this peppery green, consider adding it into your diet. Some green is good for you ;)