In this week's post, Daniel explores Shanghai a bit more and takes us to The Bund.

This past Sunday, a few friends and I explored the city of Shanghai. We saw many different places, but the part of the city that caught my eye was The Bund.

The Bund is a major tourist attraction that holds historical value. It shows the separation between the 20th and 21st centuries and the development of the city that took place in a short period of time.

One of the buildings that stood out the most was the Peace Hotel, where they would hide Jews from the government so they wouldn't be persecuted during the Holocaust. 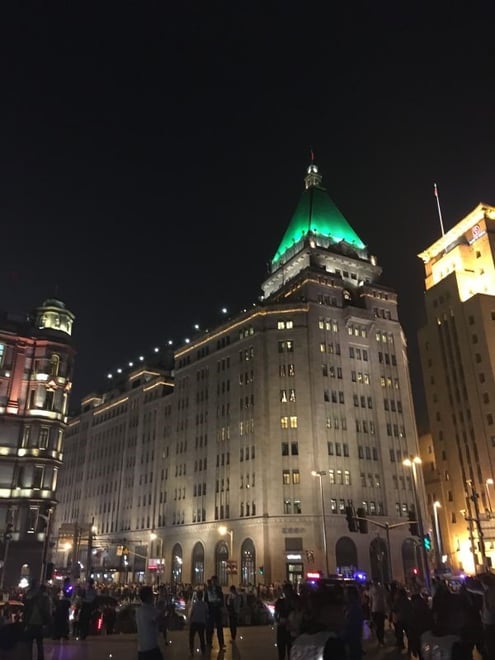 The Bund used to be known for its reputation as the "Wall Street of China", with many international banks situated along it. It was known as a point of interest for one of the biggest bank buildings in China in the 1920s: the British-owned Hong Kong and Shanghai Bank (now HSBC).

I found it very interesting how many people where amazed to see a person of color in this particular area. Everywhere we turned, my friend Lauren and I were asked to take a picture with someone. It has been a long time since I have been asked to take a selfie or photo with a group of people who had never seen a person of color from the United States face to face. The first question they asked me is if I play basketball or rap.

In the process of answering their questions, I looked towards the water and saw a big ship passing by. I automatically switched the topic and asked the young lady why there are so many ships in the water. She said it was a way for trading boats to pass by to sell goods from one region to another here in Shanghai. 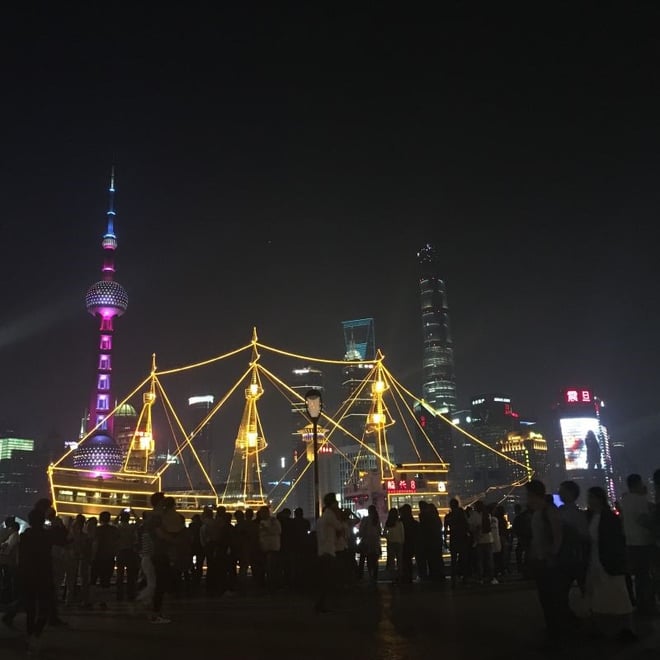 I found that The Bund was very interesting and held a lot of historical values that not many people in our group knew. It was delightful to see the difference in the areas of growth within the city of Shanghai.