Exploring Suzhou, China: The Venice of the Orient

In this week's post, Caleb takes us to the watertown - the "Venice of the Orient" - Suzhou, China.

Yep, Italy isn’t the only place in the world that is known for its water towns. Suzhou is probably the most famous such town in China, and is known as the “Venice of the Orient.” However, Suzhou is known for more than the canals that run along the old town; it is also famous for its gardens and history.

The trip was a one-day My Global Education excursion through CAPA, and in that one day, we experienced everything that one possibly can in that short amount of time. We left early in the morning from campus and went by bus; Suzhou is really close to Shanghai, so it only took us about an hour and a half to get there.

Our first destination in Suzhou was the Humble Administrator’s Garden, which sounds like a weird name, but it didn’t always have that name. Its name has changed a number of times through the centuries under the garden’s different owners, but its current name is a visible remnant of Mao’s Cultural Revolution – which tried to purge China of wealthy class members and also led to the destruction of many of China’s relics – and yet even amid the chaos of that era, Mao saw the value of this garden and preserved it, a fact for which I am certainly grateful! The most significant difference that I noticed between this garden and the numerous other gardens I have visited is the vast number of artists who filled the garden. Around every corner and through every archway I could see at least a few artists, some with watercolors and others with pencils, concentrated on putting the scenery of the garden onto paper. 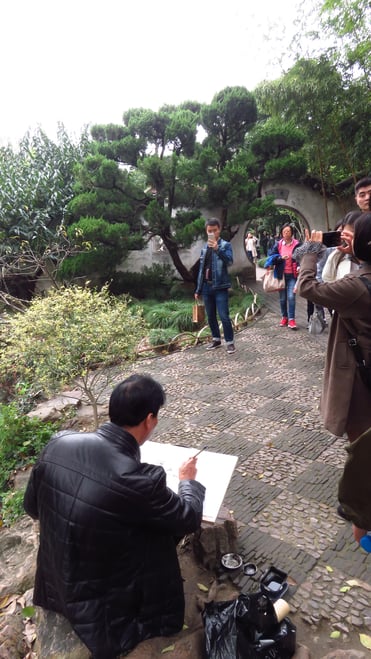 After a family-style lunch, we experienced the Suzhou that is so well-known across the globe, if not by name then in pictures. Our first real taste of the ancient part of the city was a boat ride in the main waterway. I find it interesting how people (myself included sometimes) talk about how we wish that we could go back in time and experience places as they were in the histories that they now merely resemble; I think that if we grant our imaginations the space to do so, we can live in the past in our minds, even if we cannot physically reverse time to live it in person. The entire time I was in Suzhou, I felt like I was in another time period. This was not because there was a lack of technology or modernity; on the contrary, modern Suzhou is an economic powerhouse in China and is well-advanced. The reason I felt separated from the present time is because of the residents; Suzhou isn’t a museum merely preserving a relic that people can go, see, and move on from exhibit to exhibit, but instead, for them Suzhou is home, and they largely ignore the tourist presence and continue living their lives normally. In a way, this makes Suzhou the best museum, because it allows the onlookers to not only see the “exhibit,” but also experience what it could look like in action. 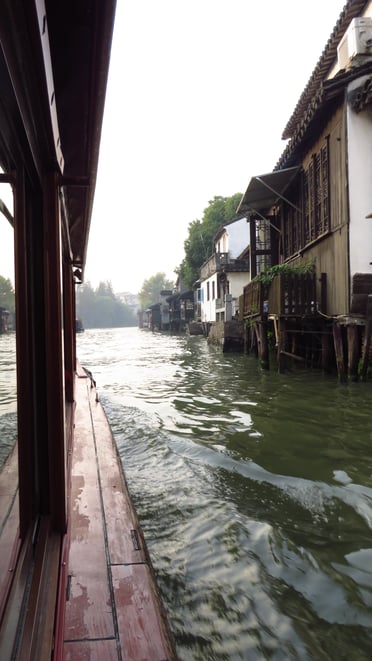 Further, after our boat ride, we were given a little bit of time to shop and explore the ancient part of the city on our own, and I went to my natural habitat: away from the swarms of people. Walking down the narrow streets and walkways, it was obvious to me that even though I was within a minute’s walk from the teeming masses of people, I was the only one walking the streets, excepting the occasional resident. I’m not a complete hermit, so don’t start thinking I avoid people all the time; believe me, I did my fair share of shopping, too. 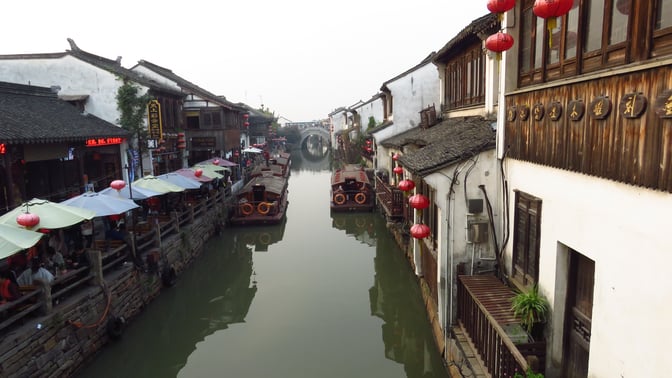 To so many people, travelling is simply “sightseeing.” As I walked alone down those alleys, I could not help but think about what the hundreds of people whose voices I could hear only too well across the waterway were missing – caught up in the hustle of the crowd, in one shop and out another, completely ignorant that they were only half-experiencing Suzhou. 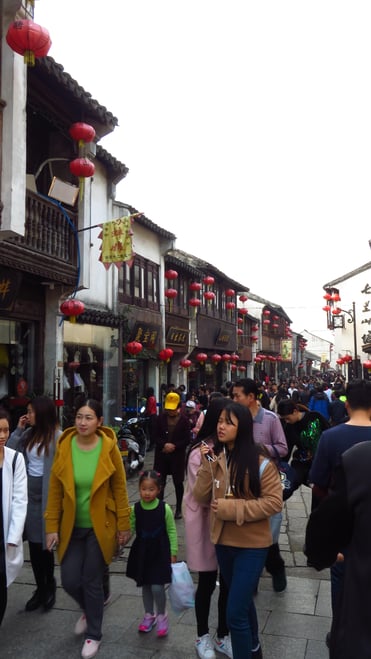 But to me, there is so much more to tourism or travel than sightseeing or visiting the places that are on the guide maps. For me, the point of travel is to broaden my experience and step into the shoes of whoever lives at the place I am intruding. Its purpose is to help us become more open-minded people who can then apply that diversity into our everyday lives to help those around us see more to life than what is in front of them. If we not only take in the beauty of the places we visit, but also realize the inequalities, the suffering, and the faults of those places, I believe we can also more easily see beyond the faults of people to see the beauty inherent within them as well.