In this week's post, Catherine takes us to explore Sydney's George Street.

Every city or town has that street.

That seemingly endless street that has miles of attractions and manages to weave itself everywhere? That iconic stretch of asphalt that everyone has to cross at some point or another? Pittsburgh has Forbes Avenue and Los Angeles has Rodeo Drive and Sydney has George Street. 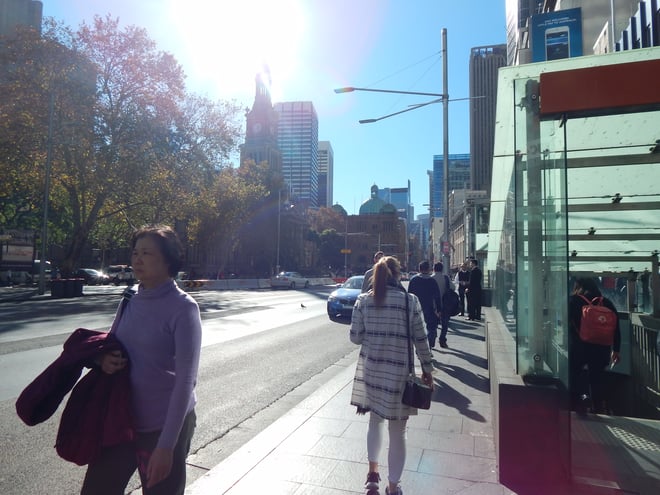 Back when I was preparing to visit Sydney, I naturally scoured the Internet for some landmarks to see. With its large, white, distinctive shape, Sydney’s Opera House is incredibly iconic and is often the face of Sydney. The Harbour Bridge, just across the bay from the Opera House, is always a featured landmark. For those who do even the smallest amount of research, you can easily learn about the Anzac Bridge, the Anzac Memorial, Hyde Park, or any more of Sydney’s famous landmarks. Yet, my favorite piece of this city has so far been a small crevice off the side of George Street.

After only two weeks of being in Sydney, I have already noticed that it is a much more environmentally conscious city than most. For instance, the streets barely have any litter on them. There seems to be a stronger, unspoken social contract to take care of the land in which we inhabit. Upon wandering through George Street one day, I finally found in person what I had seen so many months ago on my laptop screen.

In 2009, artist Michael Thomas Hill installed a piece of art in the city of Sydney. This installation was so popular with the public, that it was re-commissioned by the city of Sydney. In 2012, artists Dave Towey, Dr Richard Major, Michael Thomas Hill, and Richard Wong officially installed a popular public art piece titled ‘Forgotten Songs’. It consists of fifty empty birdcages hung in an alleyway called Angel Place. The sounds and calls of fifty species of birds that had once inhabited central Sydney ring out during the day. Due to the nature of urbanization and the global city, these birds have been moved out.

The installation is hauntingly beautiful. In the middle of the hustle and bustle of everyday city life, these artists have provided a humbling refuge. The view is breathtaking and invokes some feelings of the human-environmental contract. I found a small oasis and an ode to nature in the global city that is Sydney. 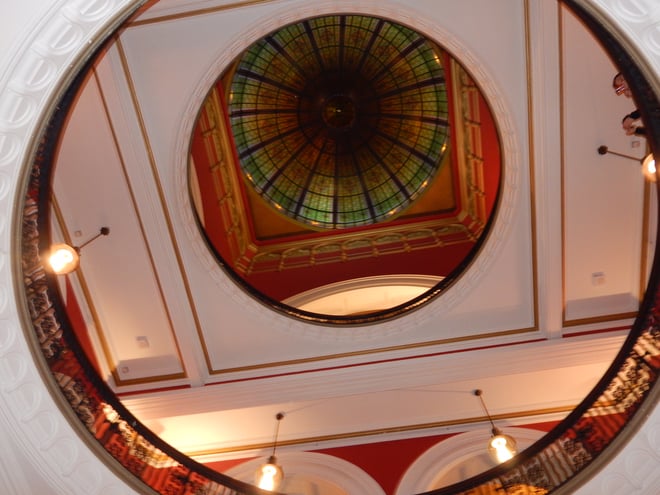 I think that this specific public art piece is indicative of this whole city. Sydney is a city right on the Harbour Bay. This city constantly interacts with nature. From the lush trees of Hyde Park to the gulls that soar across the bright blue bay water, Sydney is full of aesthetically and environmentally pleasing views. If you have a moment in your day, I highly recommend finding this small alley in the middle of Sydney’s Central Business District.

It is definitely a sight for sore eyes. ;)