In this week's post, Colin brings us around his local neighborhood of Ultimo, Sydney.

I’ve reported on the stunning coastal walks, the bustle of the CBD, and the incredible mountains of New Zealand, but I’ve yet to bat an eyelash at the variety of things nestled within the blocks surrounding my accommodation. Considering it’s my home base, I thought a quick tour of the neighborhood of Ultimo is in order! This should be especially useful for anyone interested in studying abroad, as I’ve written in some things I wish I’d known about before landing in Oz. 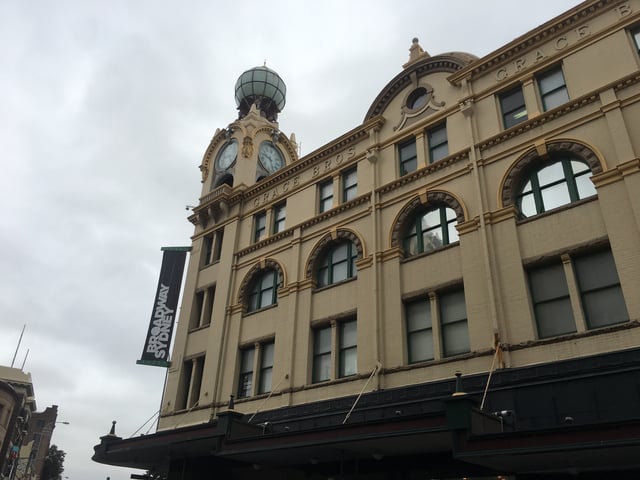 My go-to destination is Broadway Shopping Centre. It’s located a quick five-minute walk away and contains anything you’d ever need. It’s conveniently close to grab groceries, buy a sweater, or get a bite to eat. Perhaps the most unusual part of the mall is the Target. I visited on my first day in Australia to pick up some necessities, expecting a swarm of friendly associates donning red and khaki scattered across the floor of a typical Target store. As it turns out, trademark law is not international, thus US Target and Target AU are in no way affiliated. No worries, though, because KMart, located a floor below, offers a shopping experience comparable to an American Target, whereas Target AU reminded me of an American KMart. Apparently going down under has gotten these retailers a bit backwards!

When it comes to groceries, I prefer shopping at Coles located inside Broadway. I found strolling the aisles confusing at first. Not only did I have to navigate a new layout, but I had to understand what products I was actually purchasing! For instance, bell peppers are known as capsicum, milk comes in two varieties: whole and lite, and the white shredded cheese isn’t mozzarella or cheddar; it’s labeled tasty cheese—and for the record, it’s not too tasty. My favorite section of the grocery store, however, is the international food aisle! I chuckled as I stumbled upon the American section, which features an array of candy bars, marshmallow fluff, root beer, and—oddly enough—Hooter’s buffalo wings. What a reputation to carry across borders, eh? 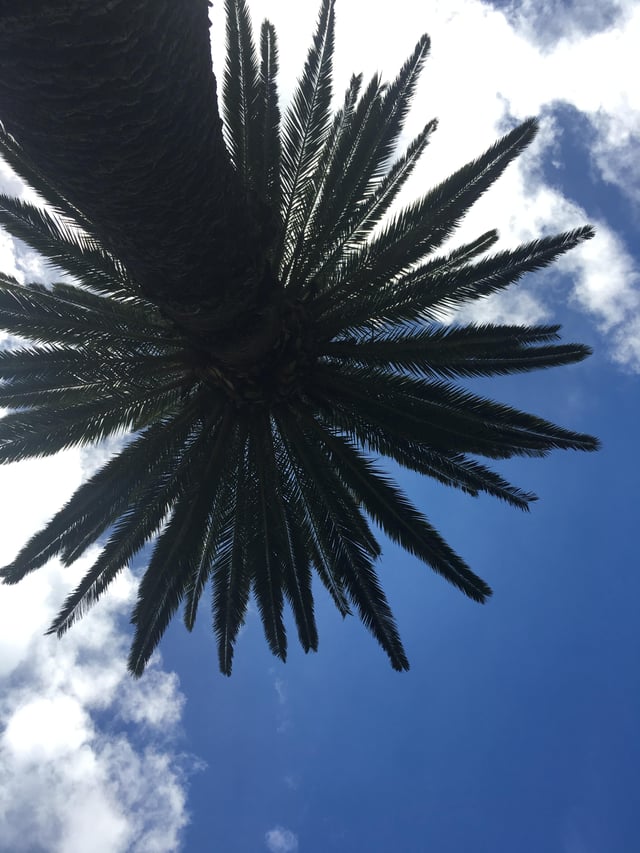 Victoria Park lies right across from the shopping centre, which is the perfect place to lay out under a palm tree without trekking to the beach. There’s a swimming pool and several walking paths to meander through the people-speckled lawns. This is also a great area to begin a morning jog, continuing on through University of Sydney’s campus. 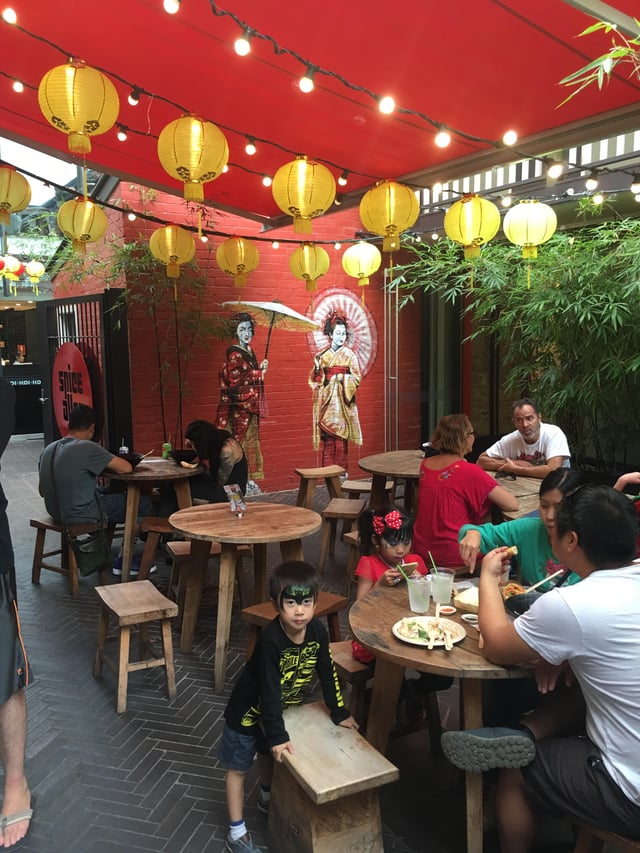 For the nights where cooking a meal is out of the question, I have two favorite nearby spots: Spice Alley and Salt Meats Cheese. Spice Alley is the place Asian foodies dream about: a string of takeaway restaurants serving Thai, Cantonese, Japanese, Malaysian...and just about any other Asian cuisine you could be craving. They’re delicious, cheap eats and it’s only a ten minute walk to ensure the stove stays off. Salt Meats Cheese is a picturesque Italian bistro with an atmosphere as nice as the food they whip up. I indulged on the Tasmania, a white-based pizza with fior di latte, potato, gorgonzola, rosemary, and pistachios, and it was to die for.

Lastly, I’ve been lucky enough not to need a doc, but if you find yourself under the weather, there’s a few options around. If you’re stricken with the sniffles or need some cough medicine, swing by the chemist or a pharmacy—they’re one in the same and there’s quite a few scattered around the neighborhood. If it’s a bit more serious, the GP (General Practitioner) at Broadway Shopping Centre can help you out.

Since spending upwards of three months abroad, my eyes have been opened to the uniqueness of the places I’ve been able to call home. In Upstate New York, I’m five minutes away from fields of cows; in Pittsburgh, five minutes from two other universities. In Sydney? Well, five minutes can take me to a shopping mall, a killer pizza, or a gorgeous park…

On that note, I’m beginning to second guess boarding my flight back to the states.