In this week's post, Catherine takes a look at fashion trends and street style in Sydney as compared to back home in the US.

These are the cities one typically thinks of regarding fashion and style trends. But the world should be paying a little more attention to Sydney. Sydney fashion seems to be very chic and modern. Perhaps this has to do with the digital age and greater interconnectedness between people all around the world, but people in Sydney dress in a very fashion forward manner. Below are a few of my favorite outfits that I have seen around the city. 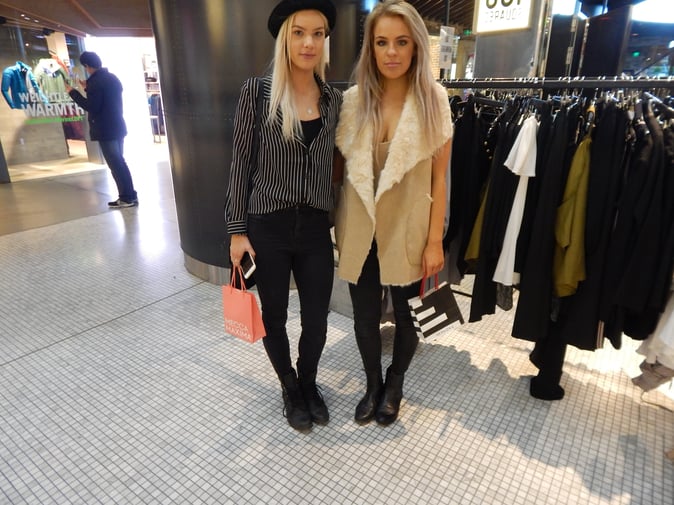 These two glamorous girls I met while at Pitt Street Mall. The girl on the left sports black boots, black skinny jeans, and a pin-striped button-up. Her adorable black fedora completes the very business casual look. I was incredibly impressed the coat donned by the girl on the right. The fur was perfect for the ‘cold’ Sydney  winter. The combination of black, camel, and white is very nice and is fashion-forward. Neutral themed colors are very popular this season and this girl demonstrates great personal style as well. 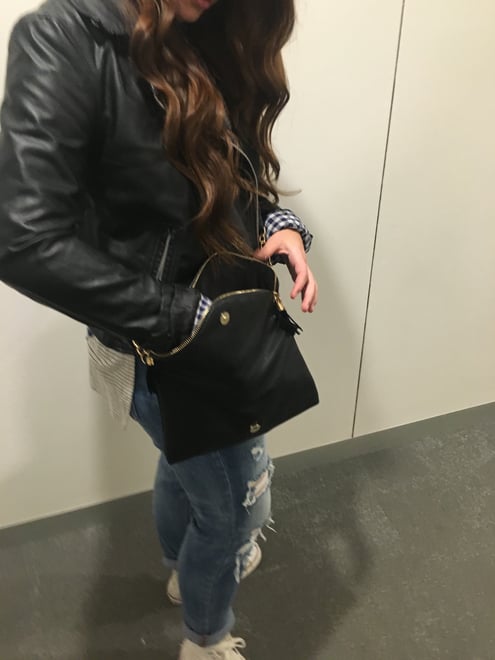 This fabulous girl is my roommate, Celia, sporting a quintessentially stylish American outfit. Sporting white Converse high-tops and a flannel definitely exemplify styles in the United States. She tops off her outfit with a black leather jacket and a leather crossbody bag. She absolutely nails the edgy-chic look while remaining comfortable in ripped jeans. 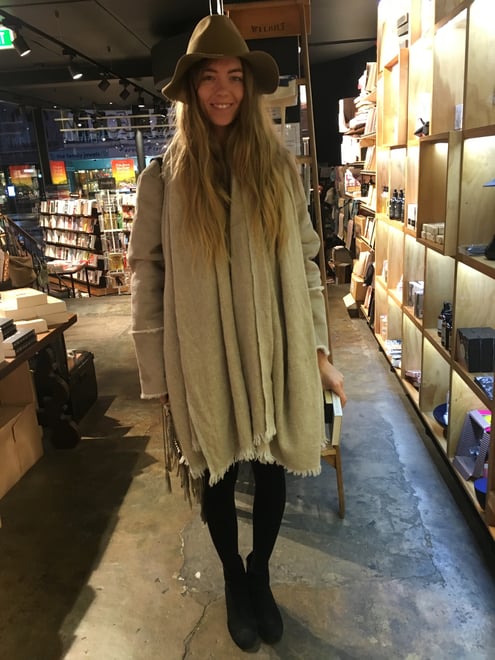 I met this girl while on one of my café trips around Sydney. She is originally from Sweden and is visiting Sydney for a little bit. Her choice to match a camel hat and long, camel overcoat pairs very well with her black tights and black booties. The camel scarf is also a nice touch for her neutral-themed outfit. As stated previously, the popularity of neutral colors is seen a lot in Sydney.

Here is a photo of me doing my best to demonstrate American fashion while here in Sydney. I am wearing a denim jumpsuit from Gap under a tan, linen button down shirt from Uniqlo. Denim and chambray fabrics are very popular in the United States right now and seem to be prevalent everywhere there. While denim is a staple for style universally, lighter shades seems to have taken off in the United States while darker hues are still more popular in Sydney. I’m also wearing white Sperry Topsider sneakers and Bobbi Brown ‘Burnt Red’ Lipstick.

The photo above shows one of the most notable style trends I’ve noticed here in Sydney. The mixture between athleticism and traditional ‘formal’ clothing is very popular. The woman pictured here is wearing white Converse sneakers with a striped, body-con dress. I especially love her choice of military-green ruffled cardigan. She was laughing as I took her picture because she claimed that she just threw this outfit together in less than 10 minutes.

The fashion in Sydney is not so much different than fashion in the United States. Like I said, I think the digital age and photo-sharing applications make style more accessible everywhere. The most notable differences are that Sydney stylistas where more neutrals and love to wear recreational sneakers. I highly recommend just sitting on a bench in the city and watching the different styles take form in this city.