Finding Family in the Italian Countryside

Words by Ryan Cassidy, a psychology major from the University of Pittsburgh who studied abroad with CAPA Florence during spring semester 2016.

Studying abroad in Italy had special significance for me. I grew up within Italian culture as my mother is full-blooded Italian and her grandfather came to America as a young adult. Before spring break, I had mentioned to my roommates that I would like to go visit the town that my great-grandfather had come from. One of my roommates, Evan, had already wanted to visit the Italian countryside and volunteered to rent a car, so we made a road trip out of it. All that I knew from my mother was the name of my great-grandfather, Francesco Petrella, and the name of the town where he was born. The town is called Canistro Superiore in the central province of Abruzzo. The town was so small (in Italian they refer to it as “un paesino” a little village) that there wasn't even an inn or hotel. We had to stay in a hotel in the nearest village called Capistrello. 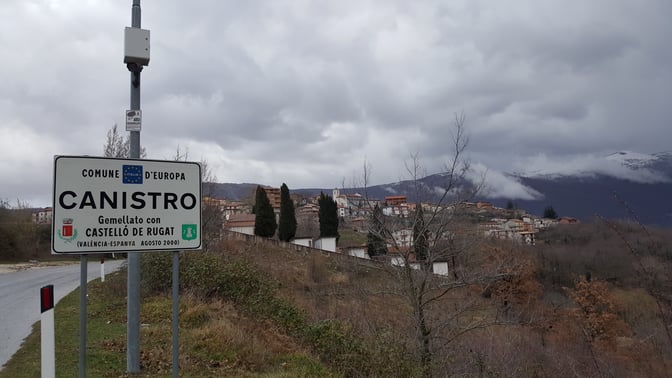 In rural, central Italy, no one and I mean no one spoke a lick of English. As we stepped out of the car at our “Albergo”, family run hotel, it was obvious that these people do not get many American tourists and we were definitely fish out of water. It was intimidating at first, as everyone stared at us for wearing foreign clothes and speaking English. Surprisingly, however, once I got into conversations with people, my two semesters of Italian were invaluable and I was able to hold conversations, albeit not perfect ones, with the locals who spoke zero English. They were just simple conversations around questions like “Where is the bank?” and “How do I get to the restaurant?”, but the locals loved it. They loved someone actually trying to speak their language, even terribly, compared to just assuming that they could speak English. All of the locals were extremely friendly and were actually very curious about us and America. You could feel cultural diffusion upfront and personal, which was an amazing feeling, representing an entire culture and country. I felt proud to explain to the Abruzzese about America and hear about their cultural history. Once I had zero choice but to speak Italian to survive, I learned more Italian in three days than I had in two and a half semesters and became infinitely more confident and comfortable. I would not have been able to complete my goal had it not been for those local interactions. 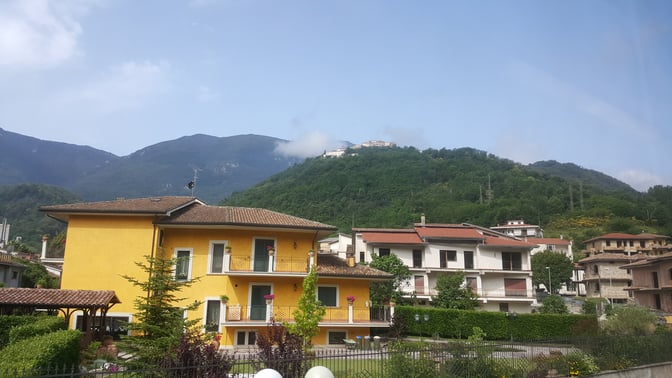 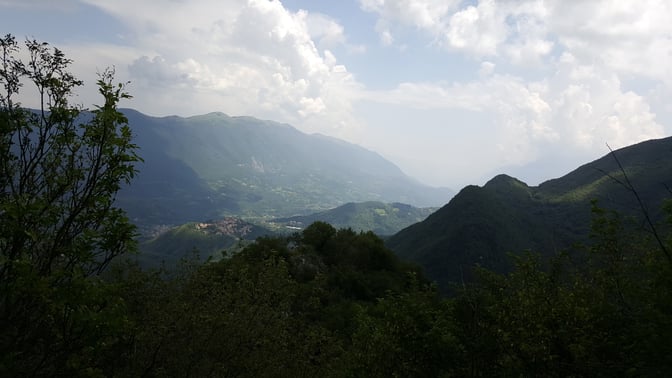 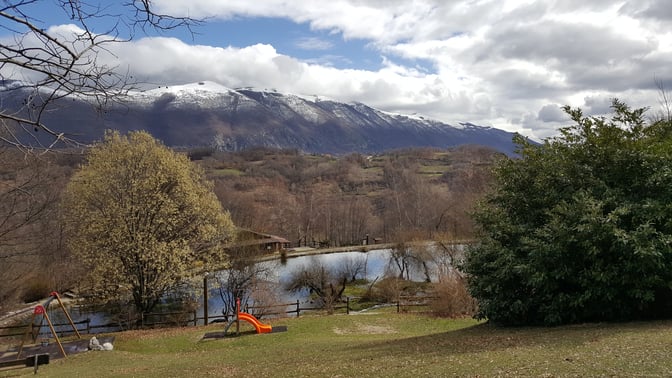 The women at the hotel - a mother and two grown daughters - were extremely friendly and once they understood what I was doing, they were ecstatic. They were so happy and willing to help an American find his family, it was actually very heart warming. They were the ones who explained where to go in Canistro to find documentation of my great grandfather, L’Ufficio Anagrafe in the Municipal building. I really only wanted to see the town and ask around if there were any Petrellas left, so this was a great surprise. So Evan and I drove through the valley towards Canistro with a plan to find my great-grandfather’s origin. As we went down the windy road from the top of the valley, a village on top of a hill in the center of the valley came into view. There it was, Canistro, the birthplace of my mother’s family. The village looked ancient, perched on the peak of the hill and it was awe-inspiring for me. The more modern village, Canistro Inferiore, was situated around the hilltop village and held all the newer, public buildings and houses. Evan and I parked and began to wander the town, figuring that the Municipal building was very visible and easy to find. It wasn’t. We had to ask several people, again all very friendly and patient with my rudimentary Italian, and get directions. Finally, we found the building 15 minutes before they were supposed to close. The famous Italian hospitality again came to the rescue. The office workers spoke no English but were able to understand me and were jumping off the walls trying to help me. You could tell that they loved someone searching for family.

Photo: Canistro Superiore is the older of the two interconnected towns. It sits upon a steep hill in the middle of the valley and is known for the mineral water that it pumps down from the mountain spring in the picture directly to a bottling plant in the more modern town of Canistro Inferiore. 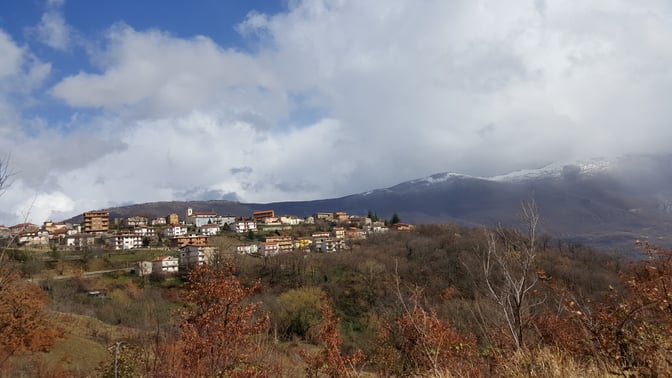 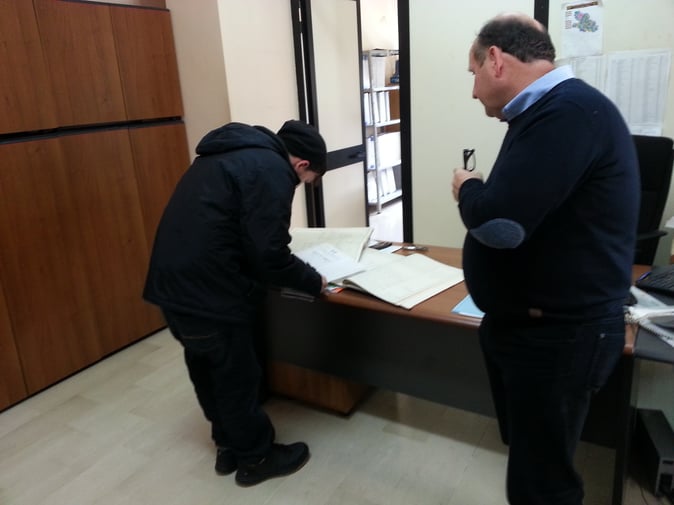 We found Francesco's birth certificate easily enough, even though it’s over a century old, but here’s where it got weird: In Canistro, Petrella is a somewhat common name, so the officials were trying to trace my lineage to find who was my blood and help me get into contact. Along with birth certificates, there are family lists which keep track of a married couple's children. The found my great-great grandfather's family list, but only one child was on it and it wasn’t Francesco it was Emilio Petrella. Born in 1898, Emilio Petrella was the second child in the family, three years younger than Francesco, but he was the only one listed on the family list, which was made in 1905. Investigating further, we found that both children were born when the couple hadn't married yet, but for some reason in 1905 when they did finally get married (they were together the whole time according to documents so the children were not considered illegitimate), Francesco was left off the list. The officials were scratching their heads. "E’ strano, è strano," they kept saying. 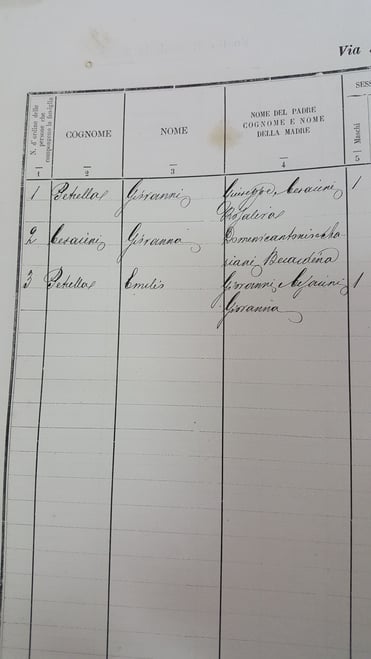 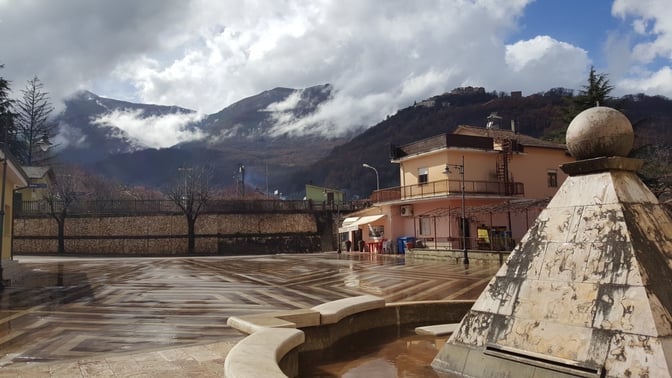 Photo: The photo I took as I walked out of the municipal building to go and meet my cousin.

I know from my mother that Francesco arrived in America at age 14 in 1909 as a stowaway with $10 to his name, illiterate and able to speak zero English. We also know that there was a tradition at the time in rural Italy where the oldest son was put on a boat with the family’s life savings in order to live a better life. We checked the official list of emigrating Italians from Canistro, and Francesco was still not on it. We came to the conclusion that, being so poor, the family hid Francesco's identity when they got married in order to smuggle him onto a boat to America for a better life. Going back to the family lists, we found out Francesco's brother, Emilio's family and the official personally knew some of Emilio's children. Three of them lived in Belgium and four had remained. Three of the remaining Petrellas had died, one only two years before but one of Emilio's grandchildren, aptly named Emilio, and Emilio's sister still lived in Canistro. Being amazingly helpful, the official called them up and arranged a meeting. 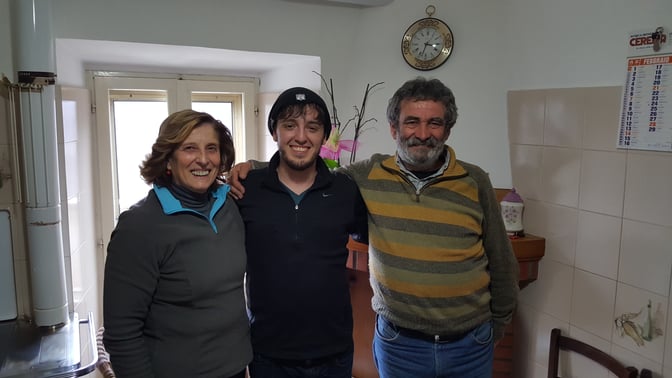 Photo: Ryan with cousin Emilio and his wife Filomena 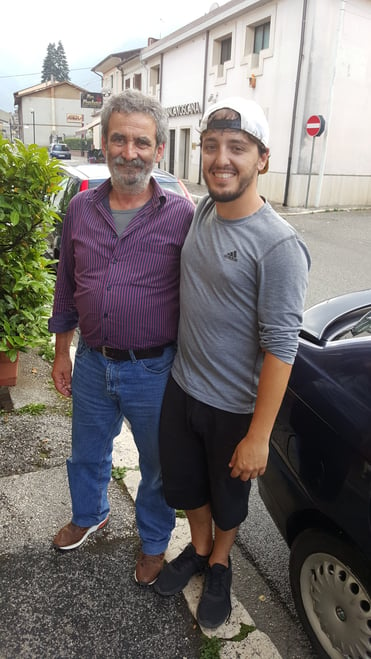 Evan and I drove up to the top of the hill and spent the next two days with Emilio and his wife. They were my mother's second cousins and my third cousins. I was extremely nervous, but that nervousness melted away the second I saw Emilio and his eager smile. Emilio was so excited. He kept saying, “Buona soppressa” over and over again. Evan and I were treated as if they had known us their entire lives; they were some of the most hospitable people I have ever met. We got the full Italian meal with five courses and some wonderful conversation. Again, no one spoke a word of English, but after two days of speaking to Italians, I easily carried on the conversation - something I am still amazed that I did. Evan and I got a tour of the 800-year-old village and a tour of the famous mineral water springs. I got a first-hand account of my Italian family’s history and got to tell Emilio about his American family. The Italian Petrellas had known that my great-grandfather had emigrated and had always wondered what had happened to him, if he had a family or died young; they had never heard from him once he had left Abruzzo. My grandfather, being illiterate, never wrote home. Little did they know that not only had he lived but prospered, working in a factory in western Pennsylvania and having seven children, 30 grandchildren and 40 great grandchildren. It was a story of The American Dream: an immigrant who couldn't read or write came to America at 14 in the bowels of a steamship and started a whole new life from nothing. Now I returned three generations later to reconnect the family tree. 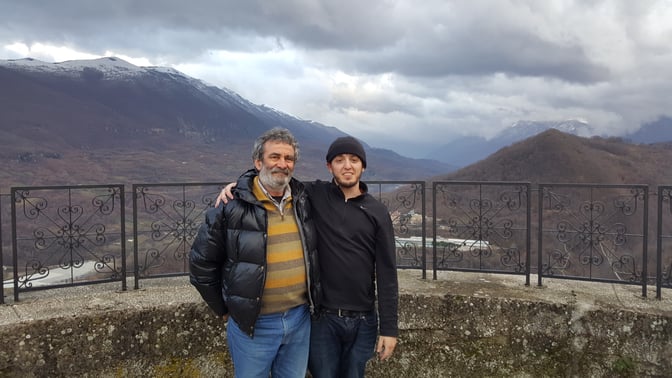 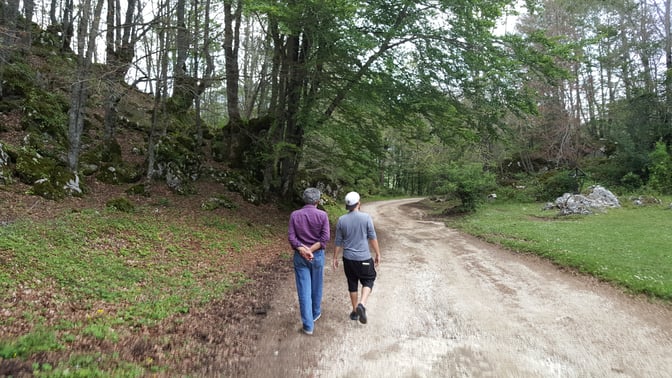 I am forever grateful to have had this opportunity and I cannot stress how life-changing this road trip and the study abroad program actually was. Family is the most important thing to me and I would have never guessed that I would be able to find my family in Italy and bring the immigration journey full circle.