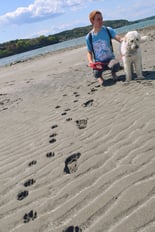 In this week's post, Nathan shares stories of his first encounters with local Dubliners.

Despite growing up on the sparsely inhabited coast of Maine where a quick Walmart run turns into a full day's journey and you can go 20 years without seeing your closest neighbors (trust me, I did), I've had the chance to visit my fair share of major US cities. The energy and excitement of New York, sense of importance in DC, and culture of diversity and innovation in Detroit all excited a sense of wanderlust in me to see what other cities around the world have to offer.

My first real impression of Dublin came as I stepped off my airport bus, with 60 pounds of luggage in tow and no idea where I was headed. While I’d landed hours earlier, spoken to countless airport officials, and even had a brief conversation with an Irish lady on the bus, that was when it finally clicked to me, “This is it: I’m in Dublin! This city is my home for the next four months.”

At first, everything seemed shockingly similar. I was at a bus station on a busy street corner, with this modern-feeling city sprawled around me. However, it didn't take long to start to notice the differences. The buildings were older, the grass was greener, and the cars all drove on the "wrong" side of the road. Once the crowd of tourists and travelers from the airport shuttle dispersed, normal life resumed around me, with all the hustle and bustle I'd come to expect from a major city. 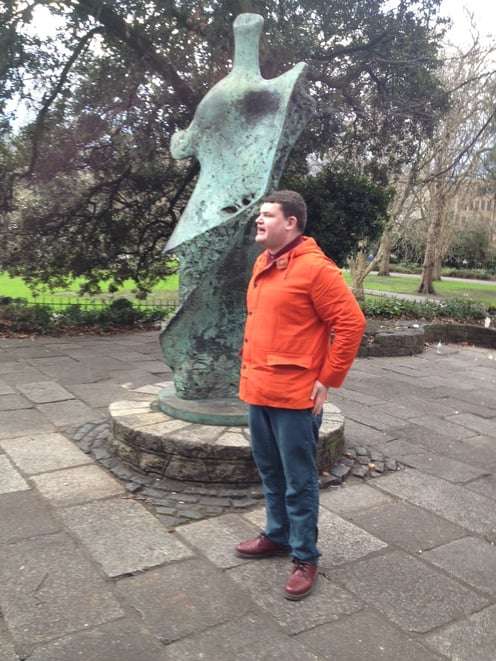 One man rushed past me in a hurry, holding what looked like a box of pastries that he was probably bringing with him to work. When a tram came through the station forcing us both to pause, I asked him to point me towards the city center, a question I expected to go totally ignored given my appearance as an obnoxious American tourist and his obvious rush. Instead, I came away with a hand drawn map, a step-by-step set of directions, and a brief history on the division between the north and south of Dublin. When I managed to follow the map four blocks in the wrong direction before wondering why I hadn't crossed the river yet, the first person I asked walked me to the street I needed to follow. While all the little differences I noticed in the city around me began to pile up, the thing that set Dublin apart from the other cities I've visited was the people. 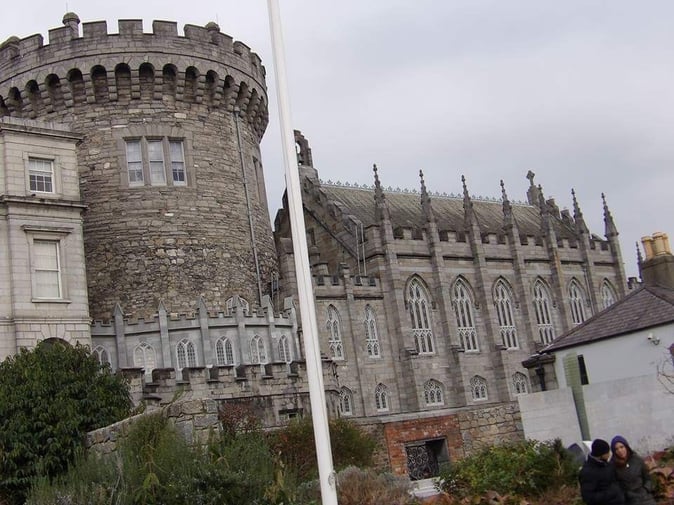 “The Irish are natural guides,” one of the CAPA program staff told us this week.

Don't be fooled, however: the general sense of friendly helpfulness is hardly the sole ingredient of the infectious Dublin. To say that Dubliners are all amusing and good-natured would be like assuming all Americans are loud and love baseball. In fact, the fighting Irish stereotype is hardly baseless, with people always ready to call you out on any faux pas, and heckling about anything from sports to politics serving as a pastime. Yet, even sitting in the pub, with a host spouting nonsense for the sake of argument (“Trump hid away his wife and made his daughter the First Lady!”) there's been a sense of genuineness, welcome and camaraderie that I've yet to find in other cities around the world.

I've hardly seen enough of Ireland to comment on the people across the whole county, and there's an eclectic enough array of opinions and lifestyles in my tiny Maine town for me to assume that a major city like Dublin has an even broader assortment. Yet, as much as I'm looking forward to seeing all the sights and landscapes, and experiencing the rich history and culture of Ireland, my favorite part of my short time in Dublin so far has been talking to the people.