This month, Dr. Woolf writes about the topic of religion and its relationship to study abroad.

This is an area of discussion not often at the center of study abroad. That is a significant omission for two crucial reasons: religion raises questions about our commitment to inclusivity in study abroad; the failure to teach religion diminishes students’ understanding of their learning environments. 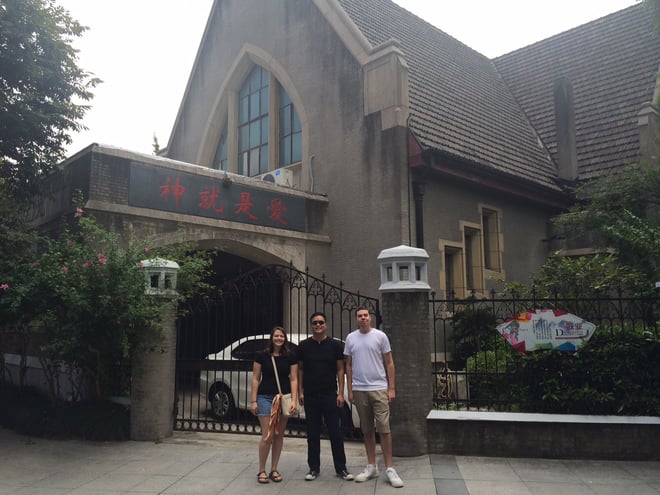 Photo: CAPA students outside of a church in China

There are broadly three ways in which we might indicate a relationship with religion:

a) Religious faith is characterized by the idea that a creed offers a grand narrative or inclusive explanation for human experience. This may be manifest in two ways:

i) A particular religion may be seen as one of a number of ideologies that contain a similar core of essential belief. The differences may be described by reference to historical or geographical contexts.

ii) In contrast, there is the belief that a given religion represents the only admissible truth and that other religions are a form of error, apostasy, or even blasphemy.

It is also possible of course to have faith in God(s) without a belief in a specific religion and many other personalized variants are possible.

b) Atheism is another form of faith in that it is based upon the conviction that there is no dimension beyond the material world. One distinction between religious faith and atheism is that the former creates major, influential institutions. In atheism there may be minor and mostly incidental institutions, Humanist Societies for example, but these are quirky deviations rather than significant structures with mass membership or adherence.

c) Agnosticism is a view of the world defined by doubt. What is true or not true beyond concrete and verifiable existence is a matter of conjecture and may be classified as merely speculative. Such a view is likely to be largely liberal and non-judgmental with a personalized ideological basis. 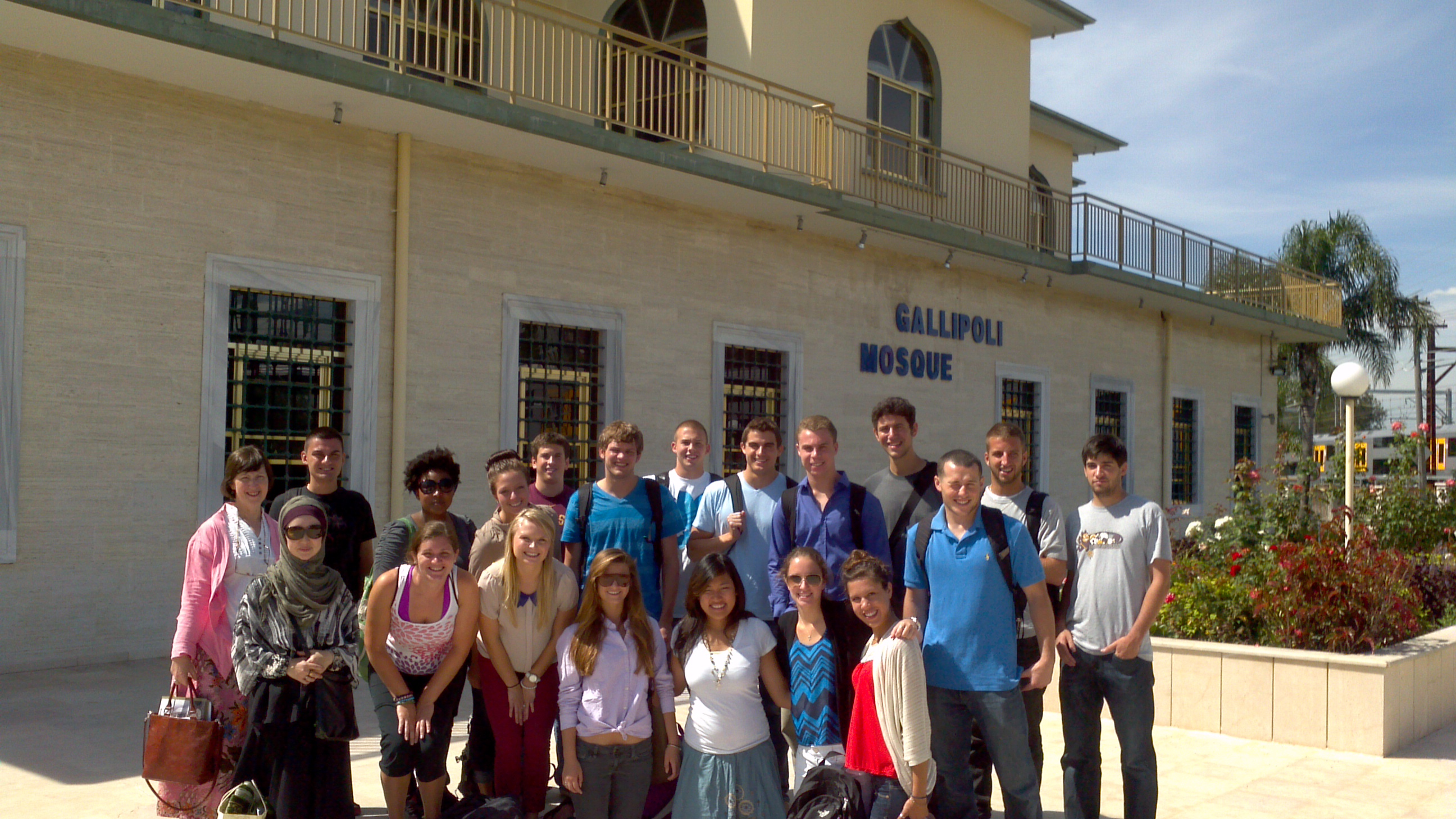 Photo: Students outside of Gallipoli Mosque in Sydney

In these terms, study abroad is metaphorically agnostic. It is a liberal endeavor in so far as encourages interest in, and appreciation of, diverse opinions and behaviors. It recognizes that truth may be problematic and that what is known is open to interpretation. Doubt creates an environment amenable to some level of respect for global diversity.

The philosophical underpinnings of some versions of faith have the potential to conflict with these assumptions. That is not to suggest that you cannot study abroad if you have faith. That would be demonstrably absurd and verifiably untrue. However, these broad definitions offer a mechanism for understanding the barriers that make study abroad problematic for certain faith communities – particularly for those groups who believe that their creed contains a monopoly on truth.

THE AGNOSTIC ROOTS OF STUDY ABROAD

Most of us who work in this field share some values and assumptions that are broadly liberal and largely cosmopolitan. We encourage engagement with other peoples and places because they demonstrate different behaviors, values and thoughts, not in spite of those. These assumptions are driven by a sense that what we believe may not be the only thing worth believing: what is true or not true is not an absolute for all peoples in all seasons. This is an agnostic view of the world in so far as we encompass the possibility that we may not know all there is to know; ethical and intellectual uncertainty is a shared value.

Many of us nevertheless have profound religious conviction but those convictions tend to be pluralistic admitting of the idea that faith can encompass many variants. Perhaps that view expresses something of the words of Jesus from The Gospel of St John 14:2 (King James): “In my Father's house are many mansions: if it were not so, I would have told you.” However we interpret that statement, it suggests a capacity to be inclusive and encompassing; it is, essentially, a liberal perception. 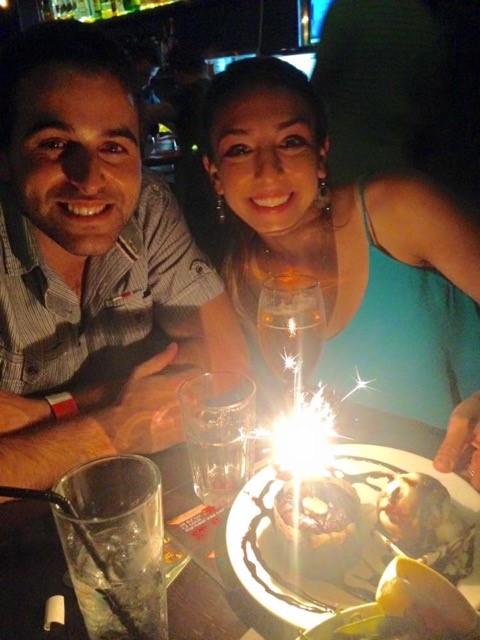 In a theoretical spectrum, liberal consensus and theological absolutism are towards the opposite ends of ideological possibilities. There is a significant distinction between a view of the world which encompasses the values of diversity and one that depends on faith in a divine order that is ethically prescriptive and universally applicable. Such belief creates a missionary agenda and might lead towards an imperative to make converts through persuasion or force. At its most extreme, faith in an absolute truth can be a mechanism for violent denigration of non-believers.

In international education we do not propose an exclusive set of judgments but rather suggest that the complexities of the world demonstrate the problematic nature of judgments, not that they cannot be made but they have to be made through a filter of uncertainty, an agnostic perspective.

Of course, many deeply religious students study abroad and we are frequently insufficiently aware of the implications. In any case, students who study abroad are self-selective. If they are committed to some form of theological absolutism they have, for the most part, been able to compromise with liberal assumptions, or they have not recognized them, or have decided that their experiences can be encompassed within their belief system.

Discussions of religion and study abroad challenge our agenda to increase representation and require us to reconsider assumptions that we may have about the importance of inclusion. For the most part, whether they are aware of this or not, participants in study abroad passively or actively accept a broadly inclusive and liberal view of the world. However, we need to be conscious of the fact that there are students for whom that view of the world is a significant barrier to participation. A problematic question is the degree to which we wish to address that constituency and the degree to which we have the capacity to do so. Is our concern with underrepresentation focused on those groups of which, given our liberal ideology, we approve? To what degree can we, or do we, actively address groups whose ideologies directly conflict with our own? These are clearly problematic matters.

We may conclude that study abroad cannot encompass all forms of diversity and that, consequently, there are forms of theological absolutism that preclude engagement in study abroad as we envisage it. In that case, we should recognize the limitations of our aspirations for inclusivity; we may reasonably decide that some forms of faith make effective dialogue largely futile.

Nevertheless, these considerations might also suggest an expanded agenda. Diversity is not only an objective, it is also something that we might teach: a topic relevant to many of the study abroad environments in which we function. In the case of CAPA, we operate in cities where the impacts of globalization and urbanization are manifest; these environments disturb and disrupt many of the assumptions that students carry with them. Teaching diversity is, in these contexts, an educational imperative. Exposure to diversity in an unfamiliar context creates potentially rich learning opportunities that may, for example, raise awareness of social, political, economic realities at home. This raises the issue of what aspects of diversity we do, and do not, teach. 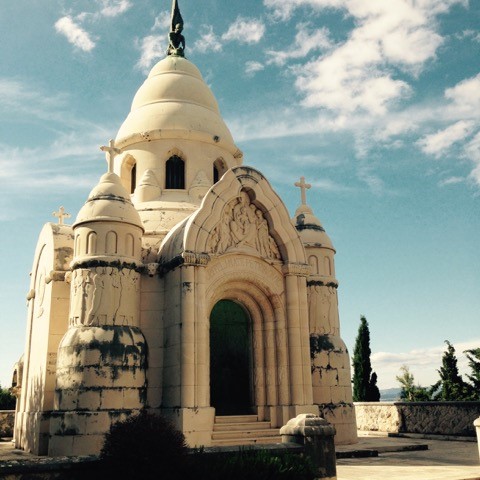 Photo: On travel outside of CAPA cities, students often seek out sites of religious history. Photo by Stefanie Mandel in Croatia.

Current discourse around issues of diversity in education abroad tends to focus on race as a default distinction. When applied to the realities of other countries this creates an America-centric and narrowing lens: an over-simplified and, sometimes, distorted perspective. As a consequence, the significance of religious dynamics is given insufficient attention in our teaching agendas. A default focus on race restricts the field of potential inquiry and, for example, makes it impossible for students to understand the urban riots in the UK in 2011. Students in Ireland, by way of further illustration, could not understand national tensions if race was seen as the major factor.

Discussions of religious belief and practice deserve our attention for a number of significant reasons:

We over simplify and minimize issues of religious commitment and, in so doing, expose the inherent weakness within the discourse of diversity and underrepresentation. We under-estimate the barriers to participation created by religious belief. 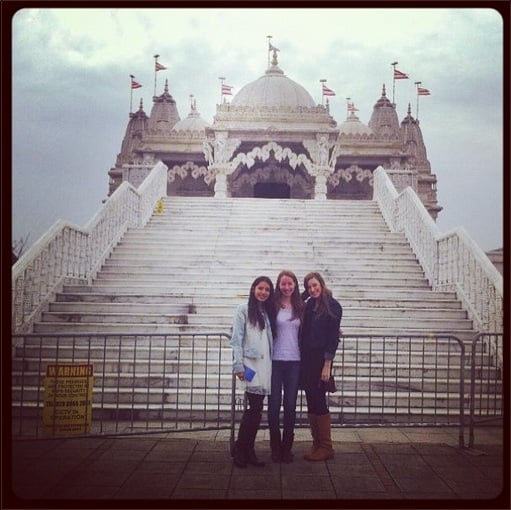 Photo: CAPA students outside of a large Hindu temple in London, part of a MyEducation event. Photo by Jen Ritinski.

We miss an opportunity to teach students about religion as a profound force in human history. For good and for ill the impact of religious belief permeates our realities.

Religion is a major factor in social and political dynamics. It offers alternative ways in which students can seek to understand the world: its profound schisms and divisions; powerful trans-national faith communities; cruelties and compassion in the name of God; a force that both divides and unites humanity. Quite simply, if you do not have some understanding of religion in human history, your perspective is impoverished. Religion is woven through the fabric of our worst folly and adorns the garments of our finest distinction.