From Music to Melbourne: How Studying Abroad in Australia Stimulates the Senses

In this week's post, Lizzy takes us through the vibrant activities you'll be sure to come across in Australia. From attending Rolling Loud and Ultra Music Festival in Sydney to viewing street art and cafe-hopping in Melbourne, get a glimpse of how you can get lost and also feel right at home at the same time. Check out more of Lizzy's highlights and photos in this post! 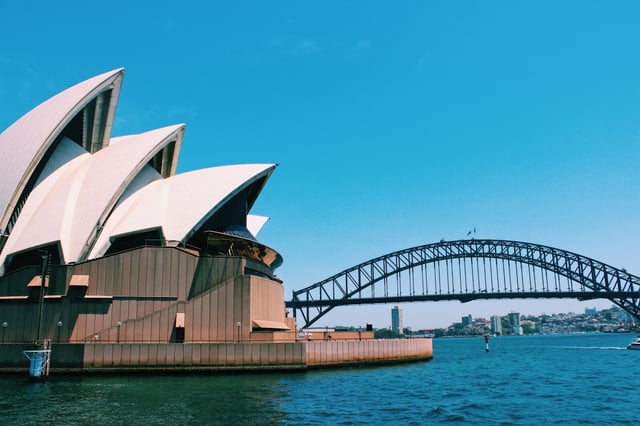 Music is universal. No matter where you go, there is music to be heard. Sydney has an array of venues and tastes when it comes to the music scene. I, myself, have been to two festivals that I knew about prior to landing in the country and have since explored smaller but impressive spots. Rolling Loud is a rap/hip-hop festival that originated in the States and has since come to Australia. It was a one-day event held at Sydney Olympic Park which is enormous and has multiple arenas for not just music, but sporting events and other types of shows as well. In fact, we watched an Australian Football League game at one of the park’s stadiums, a sport that Australians take very seriously. It’s a bit hard to understand, and nothing like American football, but still fun to watch and take part in the camaraderie. 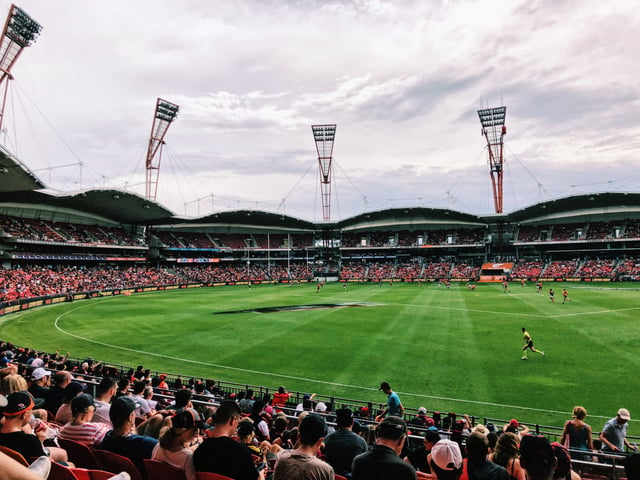 At an AFL game.

Ultra, which is also an international music festival, was held at Parramatta park, about 20 minutes west of Olympic Park. Both locations are bigger and worth checking out to see what’s on while you’re here if you’re looking for bigger name acts. And, of course, there is the Sydney Opera House, which is not only an icon of the Sydney skyline but also holds performances of all kinds (not just classical and opera).

Some more intimate venues are the Metro Theatre on George Street if you’re looking for a rock vibe. The Oxford Art Factory (OAF) is a spot for the up-and-coming artists of the generation (Tame Impala and Lady Gaga performed here in the early stages of their musical journeys).

If you ever miss home, a suggestion of mine is to head to a show that makes you feel at home. There’s nothing like getting lost in a performance that makes you forget the city you’re in (not that you would ever want to forget Sydney!). 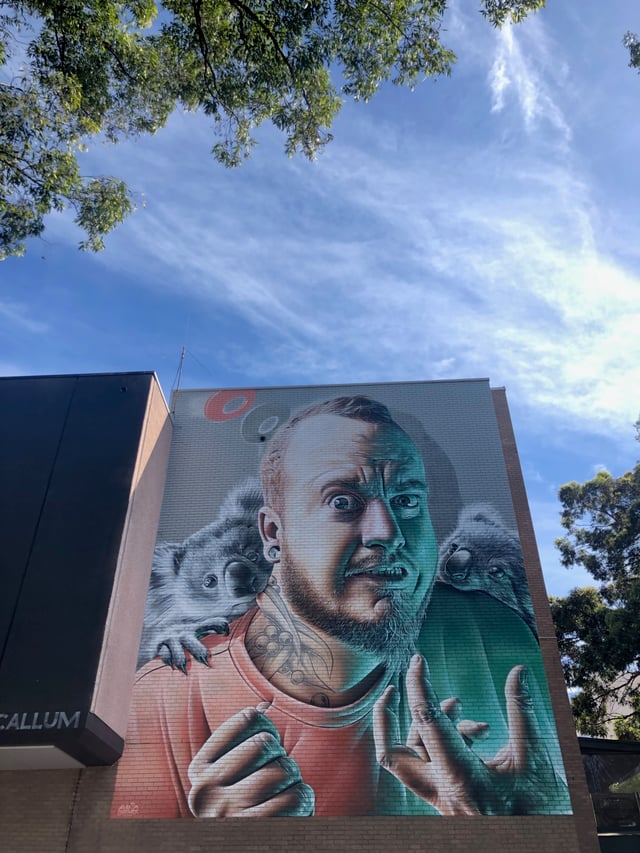 I mention the second M in the series of M’s, Melbourne, because it was a must-do trip in my opinion. The Great Ocean Road was a sight to remember as we took a day tour from the city to the 12 Apostles. Quoted as the “8th wonder of the world”, these limestone formations created by ocean water erosion were unforgettable and held up to the tourism hype.

The 12 Apostles (now only 8 remaining) along the scenic Great Ocean Road.

Also known for their coffee, Melbourne has more than one or two cafes on every city block. There are so many artisan roasts and brewing techniques that I didn’t even know existed and really made me question my basic Dunkin order from back home. And as warm as the weather is, iced coffee is not common in Australia (who knew?). 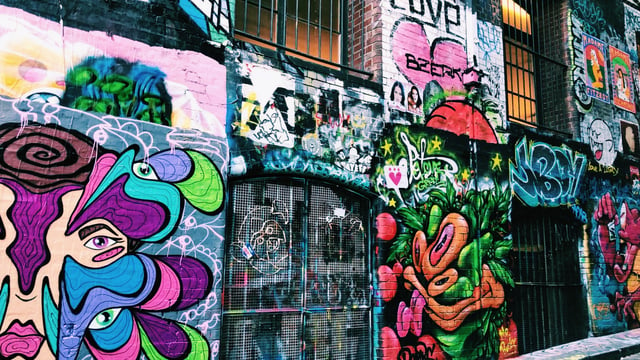 Some street art in Melbourne.

Not only does Melbourne have natural wonders but the man made wonders of street art that line the concrete walls are also what makes this visit worth it. To me, art doesn’t only just belong in galleries or museums but places where we can see it every day. It brings color and life to a city of otherwise dark, grey buildings. I also stumble upon street art all over Sydney which makes turning the street corner an enticing visual experience.

Here are some street art in other parts of the area: 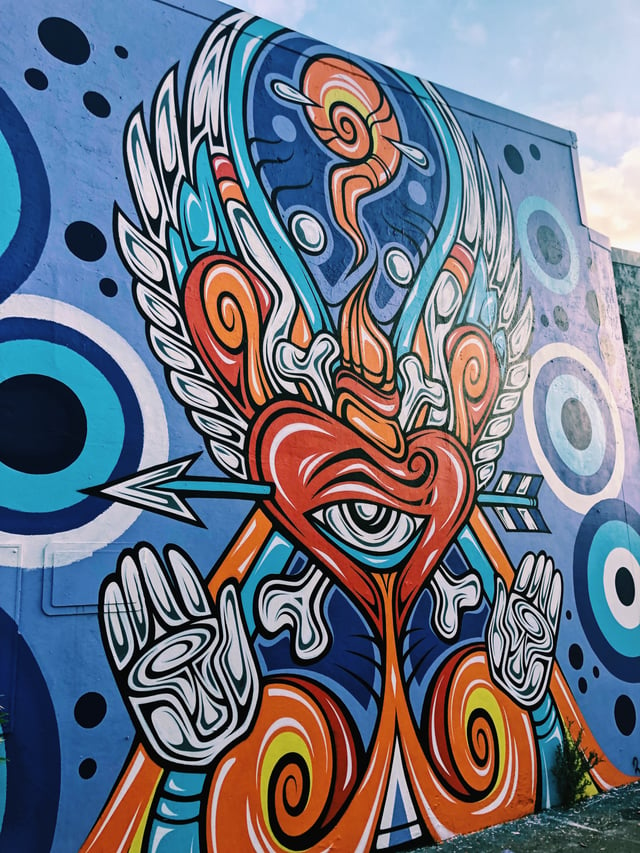 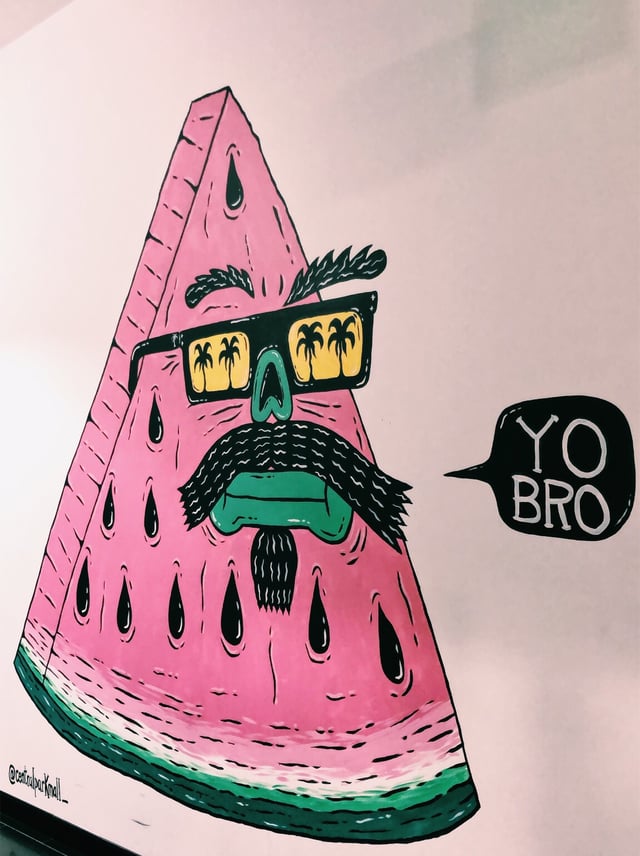 Wall Art by @mulgatheartist found all throughout the city like at the Central Park Mall.

In Katoomba on a side street near Beverly Place.

Another spark of color in Melbourne is the Brighton Bathing Boxes that are perfect for that splash of color to “brighton” up your Instagram feed and a nice beach to visit for the day. 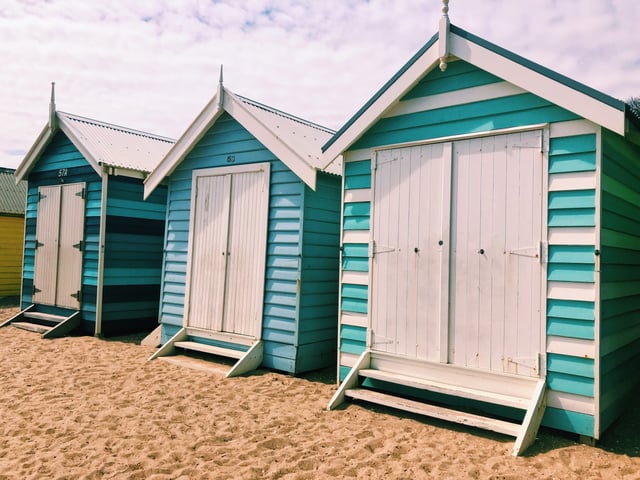 There are so many sensory experiences in Australia! Get ready for your senses to tingle! 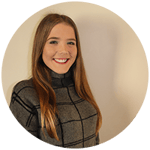 Lizzy Westermeyer is an official CAPA blogger for spring 2019, sharing her story in weekly posts on CAPA World. A Business Management major at Providence College, she is studying abroad in Sydney this semester.