From Start to Finish: a Semester Internship in Dublin with Olytico

CAPA alumnus Taylor O'Neil shares the top 5 highlights of her internship from start to finish and everything in between. She takes us through the steps she took to make this one of the best experiences during her time abroad. All the preparation beforehand was worth it! Take a look at Taylor's story and see how she benefited from interning with Olytico in Dublin.

During my search prior to studying abroad, I looked for programs that would offer me the opportunity to maximize my experiences while studying abroad. Within my search, I came across the CAPA Dublin program. The CAPA Dublin program offered the opportunity for me to study abroad at Griffith College while interning in Dublin for 20 hours per week. I thought this would be an invaluable opportunity, and you should too! So here’s the play-by-play of how I got my internship with Olytico in Dublin, and what I gained from it!

Part I: Getting the Internship 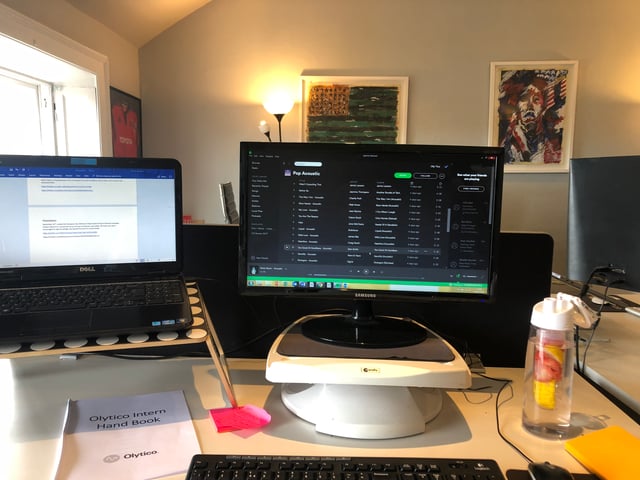 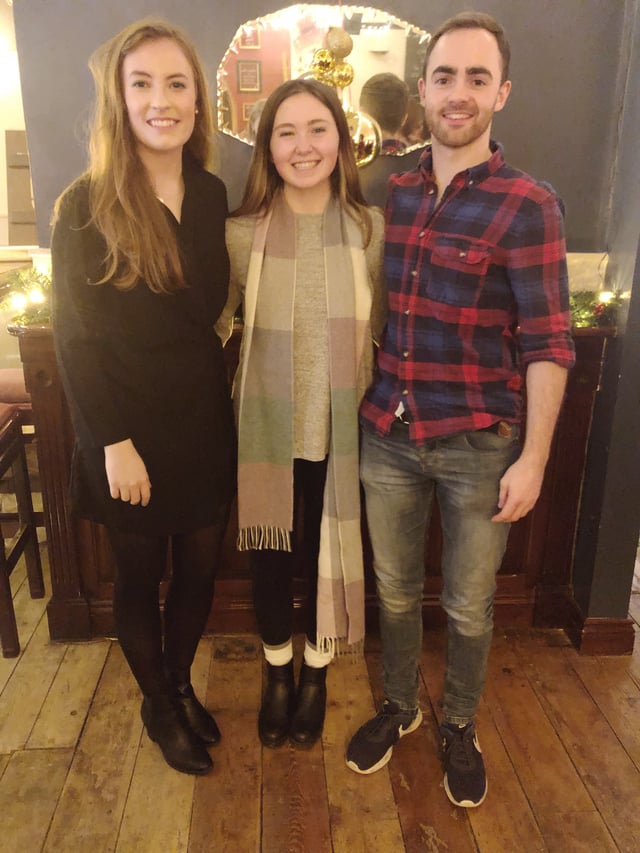 With Patricia and Gary, my colleagues at Olytico.

My first day at Olytico consisted of Patricia taking me out for coffee to introduce herself to me. After that, Patricia then introduced me to the other workers at Olytico and helped me get comfortable within the office. After introducing me to the software I would be utilizing, Patricia allowed me to play around with it and get used to its functions.

Here's a look at Olytico's office where I interned.

Once comfortable in the office, Patricia then outlined what my day-to-day tasks would be. At the beginning of the week, I would come in and use their software to identify the top Irish and International Twitter trends. Once they were identified, I then would research the top 10 and write an overview of them for a blog. Once the blog was written, I then would choose tweets to embed in the blog to support the previous topic. This blog would typically be published onto the website either late Monday afternoons or early Tuesday mornings.

When I wasn’t researching or writing for the blog, I typically would assist other coworkers, especially my boss Stephen, with tasks. A common task I would perform for Stephen was social media listening. Stephen spoke at many conferences and events during my time at Olytico, and throughout the semester I would assist him in delivering his speeches about what social listening is and how it is performed. I assisted him in this matter by performing social listening on his audience which allowed him to surprise them with gifts at the event. 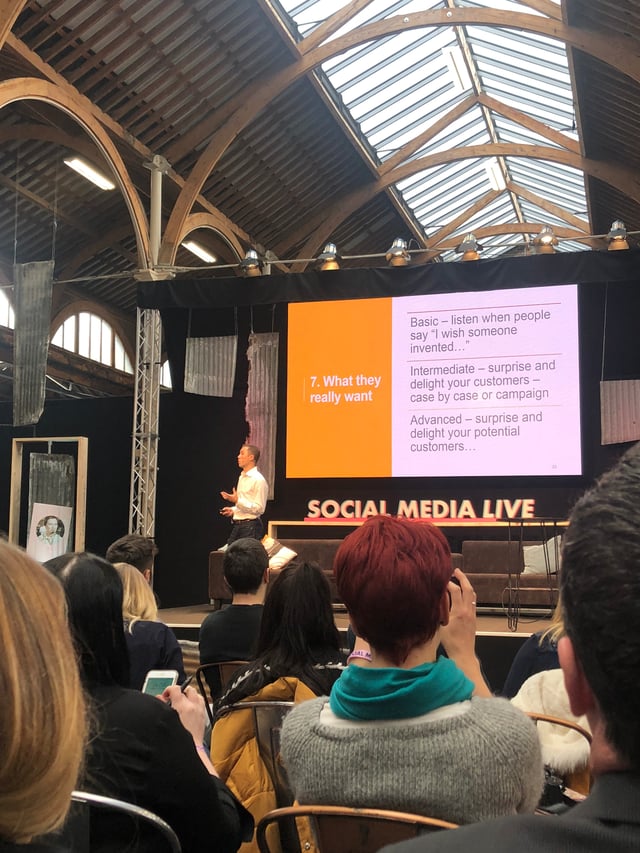 Working on my big project for Olytico: social media listening while Stephen, the CEO, presented
at Social Media Live in Dublin.

My favorite memory at my internship was probably one of the most difficult task I had. Usually, Stephen would get a guest list before his events so I could have the gifts for his audience ready the day before. In this instance, Stephen was attending Social Media Live in Dublin and speaking there. Prior to the event, Stephen had no guest list. Instead, the morning of the event Stephen asked me to come into the office and track the event’s hashtag. While looking through the hashtag, I identified people who I assumed to be there and went through their social media profiles to identify trends of theirs. Once I identified certain trends that revealed their dislikes and likes, I then went out and bought items that I knew they would like. I arrived at the event shortly after and gave Stephen the gifts to surprise his audience. To say the audience was shocked is an understatement. This was my first time ever watching Stephen speak, and to be such a big part of it was an amazing experience.

Part V: What I Gained 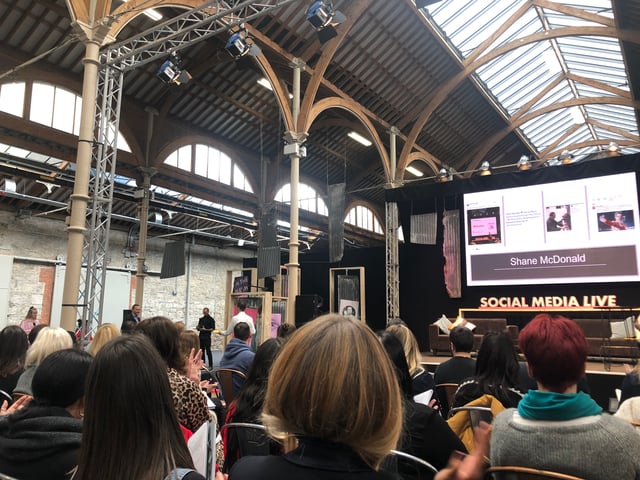 At Social Media Live in Dublin.

All of my experiences at Olytico were nothing short of amazing. Even though my experience at Social Media Live stuck out the most to me, the little things, such as lunch with my coworkers to learning from little mishaps like accidentally bringing in the wrong type of chocolate, made my internship everything I dreamt of and more. I owe credit to all of my coworkers: Patricia, Shona, Gary, Lorcan, and Stephen for helping me to grow professionally and making me feel at home in a different country. I will forever hold fond memories of my time in Fitzwilliam Square and all the stairs that led up to the Olytico office. 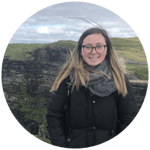 Taylor O'Neil is a Lasell College student studying Communications. She studied abroad in Dublin, Ireland during Spring 2019 and is a CAPA Ambassador for the 2018-2019 school year.