From the MTA to the Tube: A New Yorker’s First Impressions of London’s Transit System

Have you taken the subway in New York or the Underground in London? James has now experienced both, and he's sharing his impressions and the key differences he's noticed between the two systems.

I’m dashing down the stairs towards the tube platform, earbuds flailing behind me. A familiar scene is playing out in front of me, one I have grown accustomed to from years of living in New York City: the doors of the train have shut inches from my face, and I watch as my ride home slips out of the station and is enveloped by a shadowy tunnel.

Defeated, I turn towards the electronic timetable, expecting to have to wait up to fifteen minutes for the next train — as is customary in New York — but to my surprise, I only have another two minutes before the next train is scheduled to arrive. I blinked a couple times, but the number did not change. Two minutes!! Before I even had enough time to sit down on one of the benches, the following train had arrived to whisk me away. 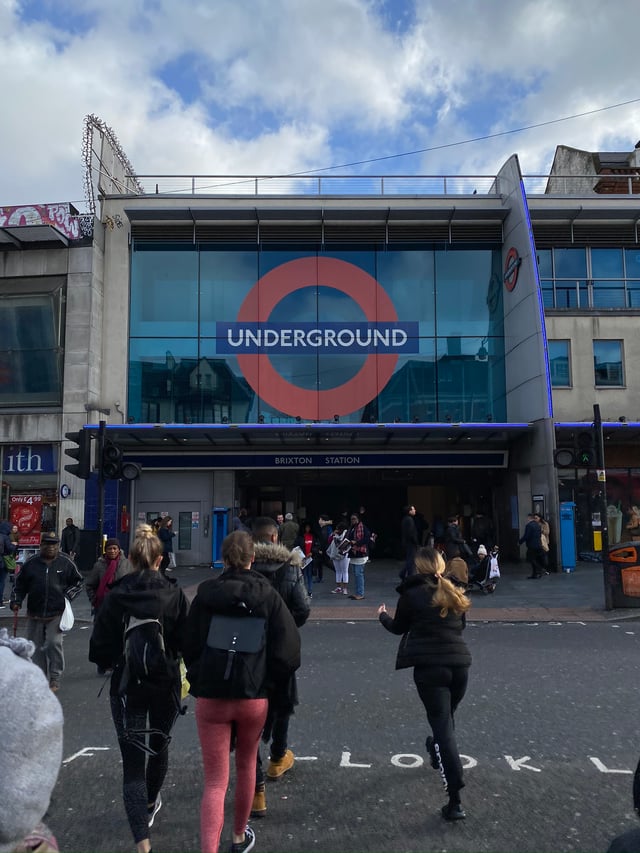 London’s tube system held a number of surprises for me. I was particularly impressed by the exterior design of many of the tube stations - instead of being hidden away underground like they are in New York, London’s tube stations stand tall on the streets of the city with their instantly recognizable red circle, making navigation far easier.

Take another example: a couple days later, I fearlessly waltzed into the Picadilly tube station, armed with my New Yorker sense of superiority and emanating hollow self-confidence. I had navigated the subway system all my life — how much harder could this be? I moved haughtily through the crowd around me until I was suddenly stopped by the turnstyle: not knowing there were separate sections designated for those entering and those exiting, I had unwittingly walked directly into the wrong lane. I looked up and locked eyes with the person trying to use the exit I was now blocking — an older man understandably annoyed by my confusion. I leapt out of his way in horror, realizing I had now become the inept tourist I feared most. 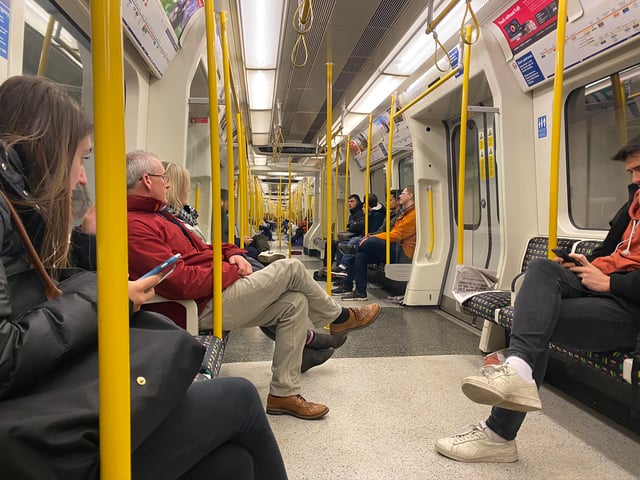 Some of the tube lines have long, corridor-like designs that provide much-needed additional space during rush hour, and allow passengers to see the way the train curves around the bends of the rail system. New York’s subway system is only now beginning to incorporate these kinds of cars into their own network, though they aren’t due to start running for many more months

Adjusting to London’s tube system has been one of the most enjoyable (and at times humbling) experiences I have had during my time in London thus far: paying attention to the nuanced differences between the two systems has gone a long way towards making me feel like a confident Londoner. Broadly, I think that the tube is far more accessible and reliable than the subway system I grew up with. Delays or changes in service are communicated clearly and immediately to passengers (no tinny garbled voice you can’t understand!), and signage throughout the stations makes it easy to figure out which train to take. There is a particular charm to London’s tunnel-like station design that New York’s uniform rectangular stations simply lack, and train lines can vary widely in terms of shape, size, and color palette. The Piccadilly line, which is the blue line on the tube map, is a more compact train and has blue railings and seat cushions, whereas the Jubilee line, which is coded gray on the tube map, has a wider train car with gray railings and seat cushions. This creates a sense of newness and excitement to each journey, to the point where I actually look forward to transferring during a commute, because it means I get to see how a different line is designed.

I particularly appreciated this sign, coming directly from the London Underground and Mayor Sadiq Khan, explicitly acknowledging and affirming trans identities. This simple gesture goes a long way to show the ways in which the Underground system is beginning to do the work of making their spaces more accessible and queer-friendly

Alas, the tube is not without its imperfections: the lack of 24/7 service has been particularly hard to adjust to, although they have recently added all-night service on weekends, and the remarkably efficient bus system continues to run all the time. At the end of the day, though, the tube maintains what I love most about public transportation: its unique ability to bring all kinds of people together into one cramped space, creating opportunities for performance and friendship, and establishing a sense of camaraderie between a crowd of strangers all headed the same direction deep underground. 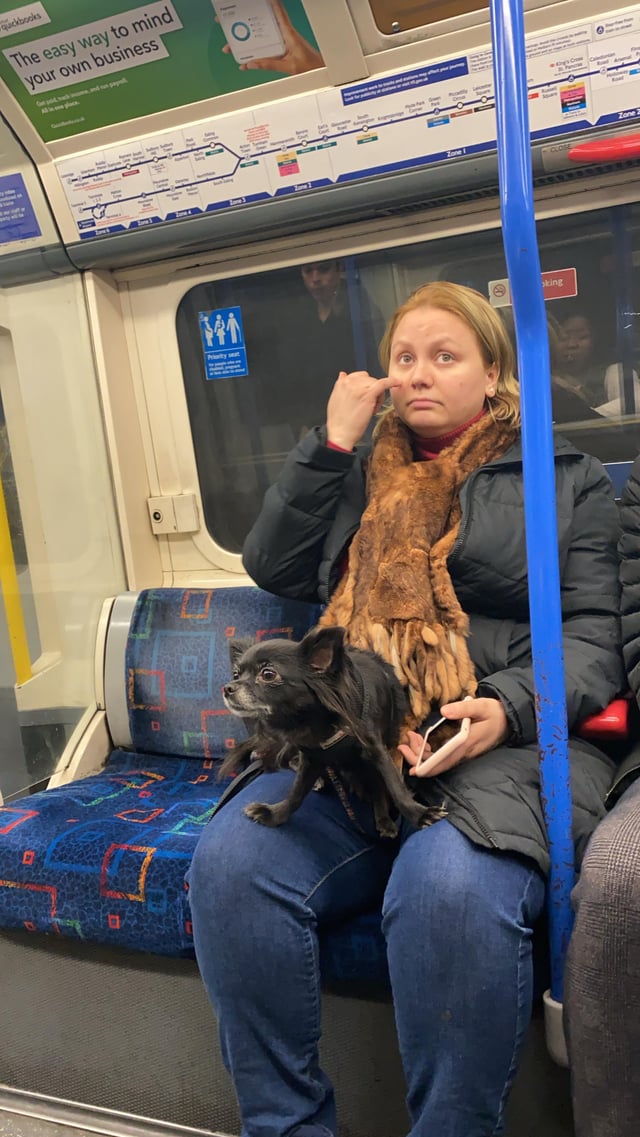 Encountering this woman and her dog on the tube remains one of my favorite moments of my abroad experience so far. It was late at night, I was on my way home with friends, and (with the owner’s permission) we fed the dog fries from a McDonald’s we had stopped at earlier. A perfect end to the evening.