From Tourist to Local: Recounting a Summer Living & Interning in Dublin

With 8 weeks in Dublin behind her, Clare takes her family around the city (and country) she called home this summer. She also looks back on her study abroad experience and internship at a water sports company and shares how it has influenced her outlook on a future career. Clare also reveals what she thinks the major advantage of studying abroad is and how she was able to learn more about the world.

After I finished my program studying abroad in Dublin, my family came out to visit me and do a tour of Ireland. Going through Ireland with my family gave me a lot of time to look back on my summer abroad. 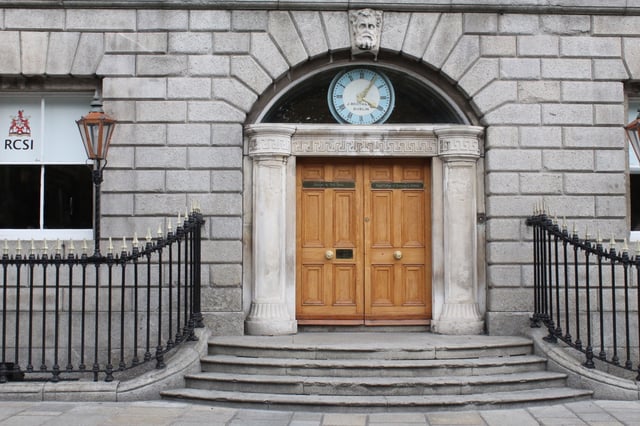 Turning back the clock to reflect on a summer in Dublin.

We started off in Dublin and I showed my family the city I called home for 8 weeks. I was able to show my family my favorite parts of Dublin; the sites, the food, and the history. While going through the city, I looked back on my first week there. I had no idea where anything was or where I was going. Everything was foreign. I had to learn how to find my way around and use public transportation. Going through the city with my family, I realized that Dublin was familiar to me now. I knew all the detours to get to places and where all the amazing sites were. Living in a new city felt daunting in the beginning, but after spending a summer there, it can feel like home.

We spotted a cow during our Ireland tour at the Cliffs of Moher. 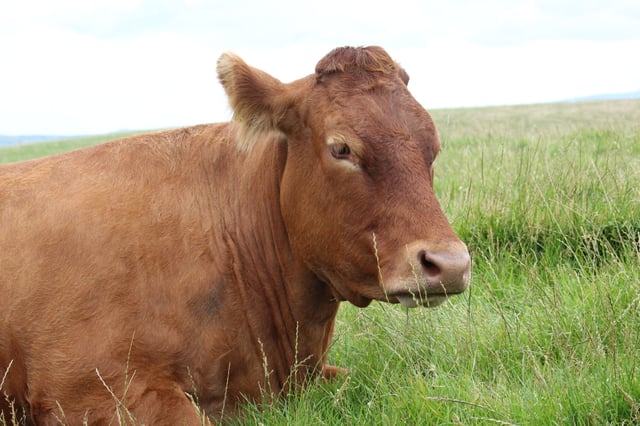 Next, we drove to Kilarney, with a quick stop at the Rock of Cashel in Tipperary. It is a highly historic site, with the oldest building being from 1100 AD. It has held religious importance in the area for hundreds of years and is the home to impressive ruins. When there, I was able to think about all of the history I learned in my Global Cities class. I learned about the origin of Dublin with the Vikings, the major changes caused by the English invasion, and the impact of independence on the city. I was able to notice how all of these events impacted the rest of the country as well. The Cathedral at the Rock of Cashel was ransacked by Protestant English who massacred the clergy on site. Similarly, in Dublin, St Patrick’s Cathedral was taken from the Catholics and now belongs to the Church of Ireland, an Anglican church. In that class, I was able to learn how to look at the world a little bit more closely, and I was able to apply that as I traveled through Ireland. 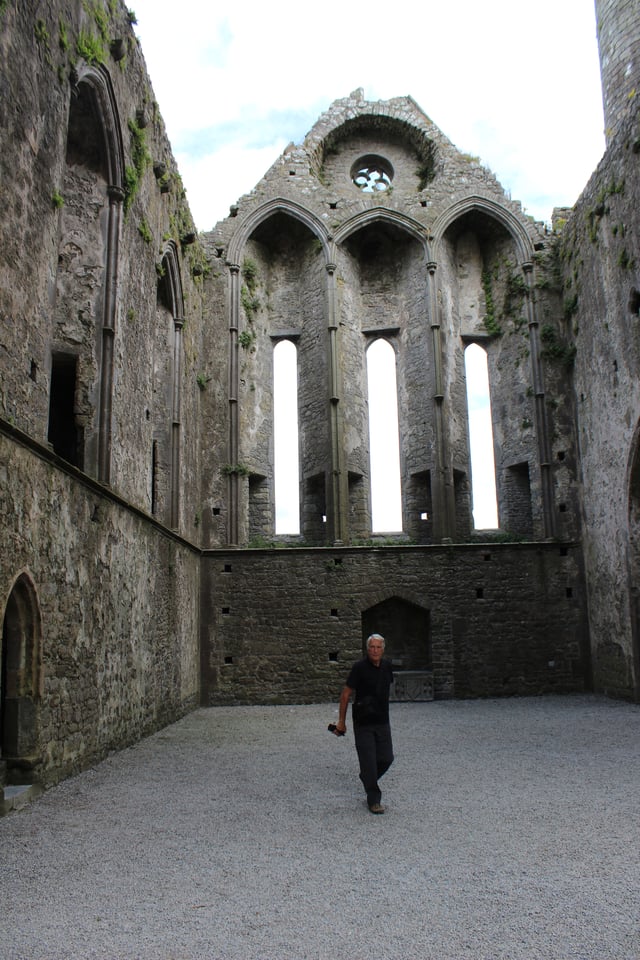 The Cathedral at the Rock of Cashel. 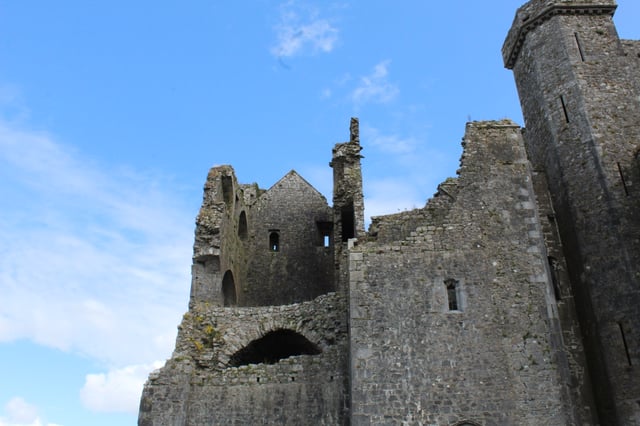 The Rock Of Cashel.

After Killarney, we traveled to the Cliffs of Moher. I had the opportunity to travel there before on a beautiful sunny day, and was lucky enough to be there again on another sunny day. Traveling there for a second time, I was able to look back on all the amazing opportunities that studying abroad in Dublin with CAPA had given me. I was able to intern abroad, which very few people get to do. I worked for a water sports company and was able to work on my photography skills as well as learn more about marketing and communications. I was also able to travel all over Ireland and Europe. I traveled to Waterford, Galway, and Cork and was able to see Ireland and Europe for cheap, which is a major advantage of studying abroad. I was able to experience more parts of the world than I thought I would be able to. I was able to meet so many new people and try so many new things that I would have never imagined for myself. 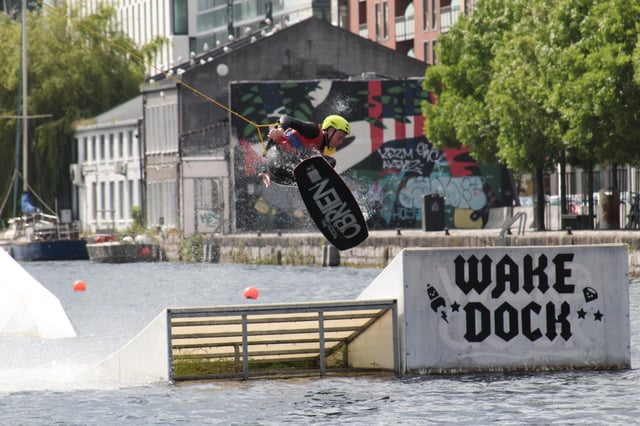 I did an internship with a water sports company in Dublin. 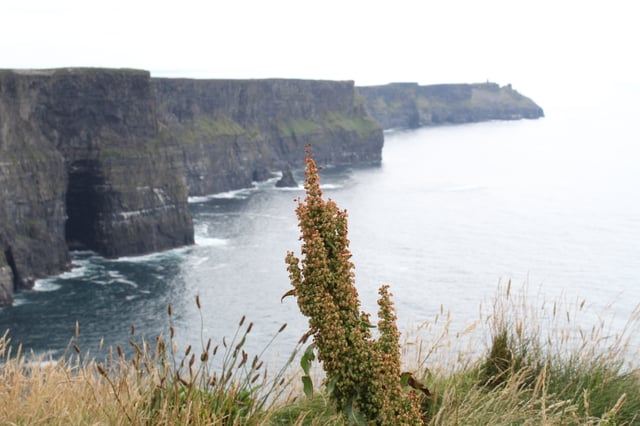 At the Cliffs of Moher. 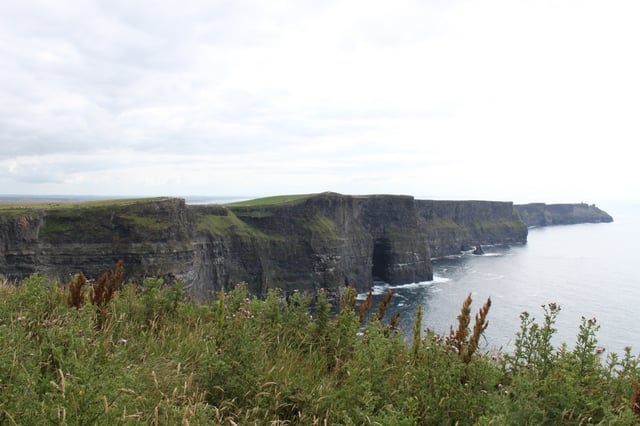 See how the cliffs extend further into the water. 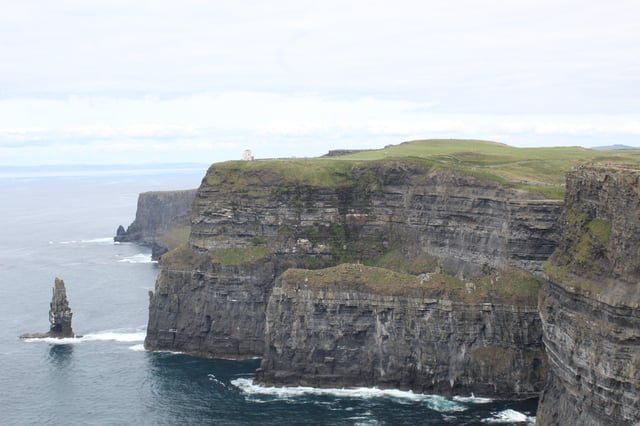 Another view of the Cliffs of Moher. 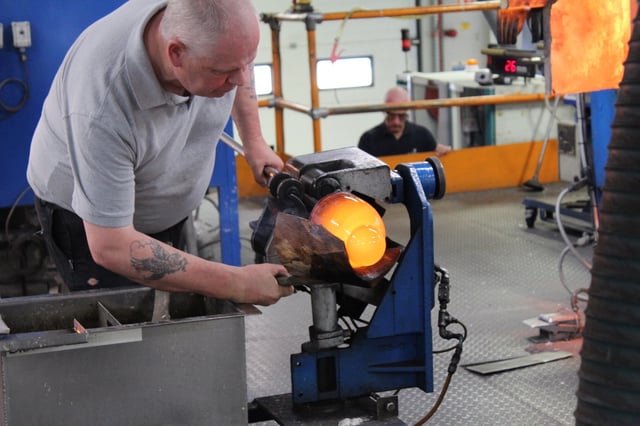 Studying abroad has been an amazing experience and I have been able to learn more about myself. I have learned what I am like in a workplace and what my interests are in a future job. I met so many different people and was able to learn about them and their beliefs. It lets you explore yourself because you are removed from your normal environment and thrown into a new culture. That is part of what college is all about, and studying abroad adds to that experience. I would not trade my time studying abroad in Dublin for anything in the world. 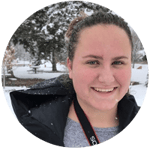 Clare Mullin is an official CAPA photo blogger for summer 2019, sharing her story in weekly posts on CAPA World. An International Relations and Communications major at University of Utah, she is studying abroad in Dublin this semester.