How a CAPA Dublin Internship Helped Kickstart My Career 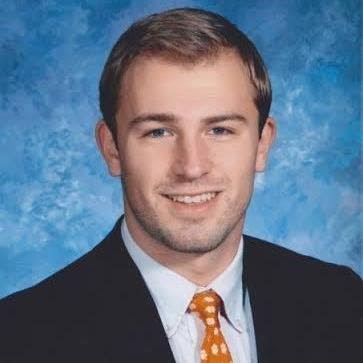 Meet Greg, a CAPA Dublin study abroad alum who actually went on the program just after he graduated to gain internship experience which ended up landing him a great job for when he returned to the States. Below, Greg tells us about that internship, shares a few travel tips and talks about his interactions with local Dubliners who left an impression on him and made him feel welcome in their city.

CAPA WORLD: Tell us a bit about yourself.
GREG MUMFORD: Hi. My name is Greg Mumford and I am from Barrington, NJ. I spent summer 2015 abroad in Dublin, Ireland through the CAPA program at Clemson University. While at Clemson, I majored in Management with an emphasis in Information Systems (MIS). As a matter of fact, I actually did the CAPA program immediately after my graduation from Clemson in May of 2015. My hobbies include playing guitar, soccer, travelling, and meeting new people. 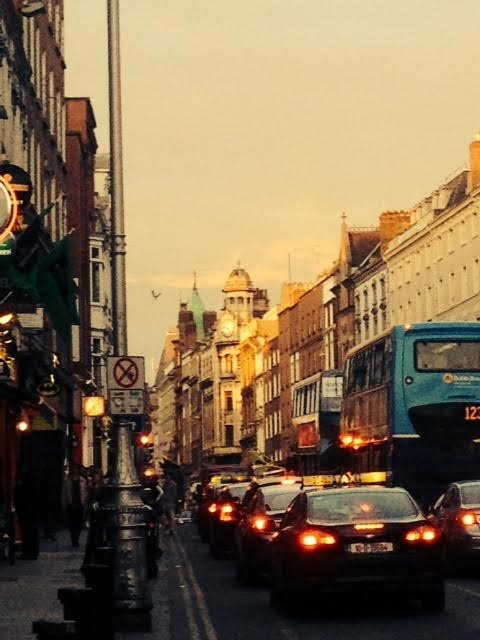 CW: Why did you decide to study abroad? Why CAPA and Dublin specifically?
GM: Studying abroad was something that I had wanted to do since I took a trip to the UK while I was in high school.  Seeing new parts of the world really gave me the travel bug. To be completely honest, CAPA and Dublin were both chosen as a matter of circumstance. CAPA Dublin had partnered up with the business college at Clemson during finals week of the fall semester of my senior year. I had still never travelled abroad, and on top of that I was feeling nervous about my impending graduation and my chances of getting a starting job because of my lack of internship experience. CAPA offered the ideal opportunity to allow me to get both experiences in one shot. As far as Dublin is concerned, I wasn’t sure exactly what to expect. In hindsight, I’m actually very glad that I didn’t know what to expect because it allowed me to keep an open mind. 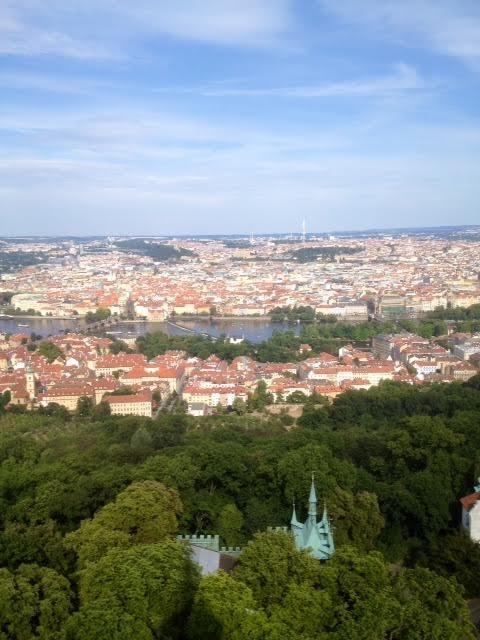 CW: Tell us a bit about your internship that you are completing while studying abroad, your duties and accomplishments.
GM: My internship could not have turned out better for me. I worked as a Data Analyst in the IT Department at Griffith College along with a very talented and helpful staff. The main task laid out for my internship was to create a business intelligence dashboard that could be used by members of the admissions and academic departments to track application status, grades, and more. It was a fantastic assignment for me because of my background in MIS and because I was surrounded by a staff who were always willing to help me learn something new. I had the opportunity to chat with many different staff members at all different levels to figure out what customizations they would require for their dashboards which was great because it forced me into meeting new people. In the end, the dashboards were about 90% complete when my internship came to a close. 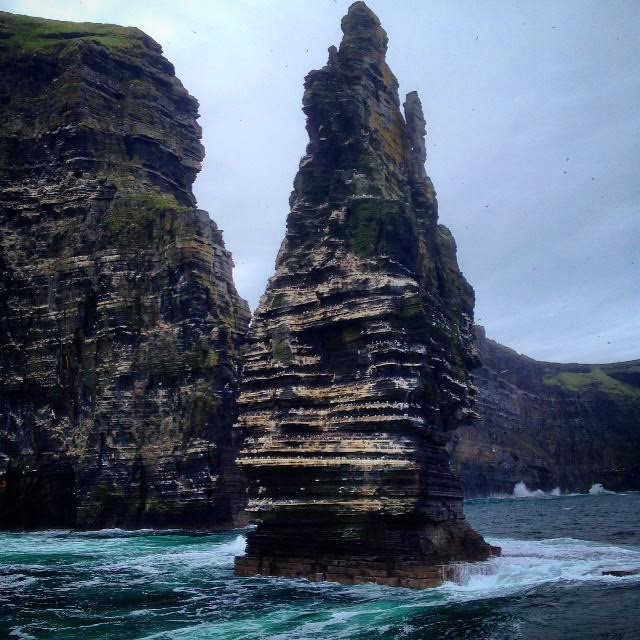 CW: Explain a day (or week) in the life of a CAPA intern.
GM: Each morning I would wake up, get ready for the day, and head out on my morning walk to work which was one of my favorite parts of each day. Our apartments were positioned right in the heart of the city so it was a very quick walk, but it was a great way to get a feel for the city. I would work at Griffith from 9am to 5pm and often times take a break for lunch and a game of pool with my co-workers.

Afterwards, on certain days, we would have the Learning Through Internships class which helped out a lot with assimilating to the Irish culture. Irish and American culture do not have many obvious differences, but that’s just it.  Just because the differences aren’t obvious doesn’t mean that they aren’t there, and it certainly doesn’t mean that they aren’t big differences. The GIP class really helped us with knowing what to look out for and what to expect.

After class or after work, we would usually head into the center of the city to explore and to see what new things we could discover. 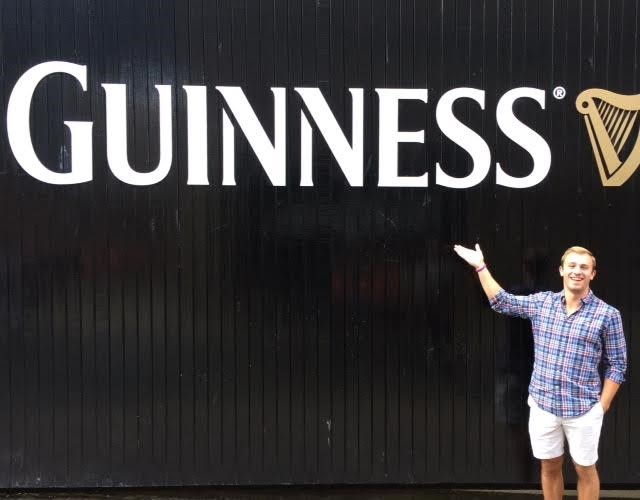 CW: Now that you've returned home, how has your career progressed? Do you feel your study abroad and internship experience gave you an edge over your peers in your job hunt?
GM: Honestly, I cannot say enough to answer this question. As I mentioned previously, I started my CAPA internship immediately after my graduation from Clemson. In the many months leading up to graduation, I had been applying for job after job and never hearing anything in return. The minute that I fully understood what my job role would be in Ireland, I added the experience onto my resume and began applying for jobs back at home from Ireland.

Turns out, with the CAPA internship on my resume, I only needed to send one. I was interviewed and hired for the first job I applied for with Cerner Corporation in Philadelphia, PA which is the leading Healthcare IT provider in the United States. In my interview, all they wanted to know about was my experience in Ireland, so yes, I would say that it absolutely gave me an advantage over my peers in my job hunt.

Not only did I have the experience, but the teacher from the GIP class, Darren, actually helped me prepare specifically for my Cerner interview! I can’t possibly thank everyone enough who contributed to my experience in Dublin in order to help me get to where I am today!

CW: What surprised you about Dublin? What did you discover that went beyond your expectations or stereotypes that exist of the city?
GM: I think what surprised me the most about Dublin was the size of it. Dublin is a very small city, at least by American standards. I actually enjoyed that fact a lot because it allowed for walking to be the primary mode of transportation and it really encouraged you to dig deep into the city to find the best kept secrets. I wouldn’t say that there is a stereotype of Irish people not being friendly by any means, but I would say that discovering just how kind and genuine the people of Dublin are definitely exceeded my expectations. The people of Ireland are like no one I’ve ever met before. The Irish seem to have a real passion for life and a determination to enjoy as much as they possibly can.

CW: Tell us a story of a memorable interaction you had with a local and why it left an impression on you.
GM: There was a street soccer field just behind our apartments in Dublin where we would often have a pickup game with some the guys from the surrounding neighborhood. I mostly remember the best player; his name was Mikey.  Mikey and all the others surprised me because of how willing they were to allow outsiders to come join in with them. We met them very early on and saw them quite often throughout our time in Ireland. At first it was tough to understand what they were saying because the Irish accent was still fresh to our ears, but ultimately we knew that they liked us when they started to make jokes at our expense. I suppose they left an impression on me just because of how quick they were to include a few Americans into their group. 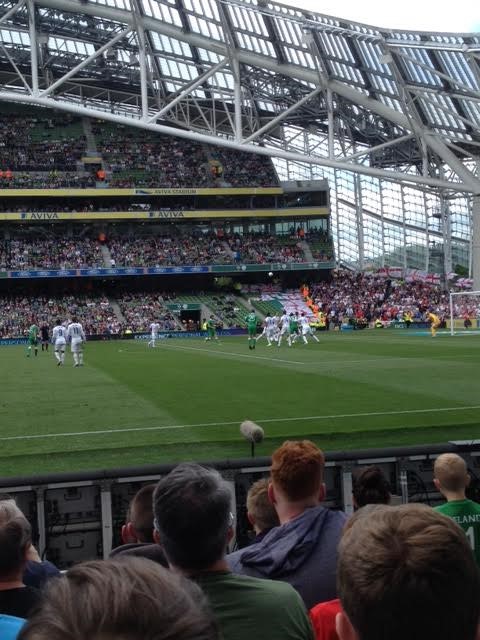 CW: Did you travel outside of Dublin while abroad? What's your best advice for other students planning weekend adventures?
GM: I did travel outside of Dublin and I felt that I found a good balance of time spent in and out of the city considering I was only abroad for two months. I had the opportunity to travel to Belfast, Galway, Prague, and Edinburgh. I also went many other places around Ireland, but mostly just as day trips.

I have a few bits of advice for students planning weekend trips.

1. First off, RyanAir is a miracle for the college student. By no means is the airline luxurious, but it gets you there and is very cost effective.
2. The second is to book flights/hostels early. Prices will go up the longer you wait, and the better hostels will be filled (do yourself a favor and book a nice hostel).
3. My final piece of advice will probably be wildly unpopular with many people, but I think it is the most important. Do NOT plan out every step of what you want to see and do on your weekend adventures. For me, the best way to see a city is to wander around aimlessly and see what there is to see and who there is to meet. It is too easy to get caught up in your plan and forget to actually enjoy your time. Make friends from foreign places in your hostels and explore the city with them. Remember it’s called an adventure for a reason!

CW: Where were the places you carved out as "Your Dublin" - the places you found outside of the tourist sites, the places that were most meaningful for you? What was special about them?
GM: For me, two places come to mind in response to this question. The first is the aforementioned soccer field. That is probably because that is when I felt closest to the Irish people and I was able to feel like I really belonged there.  The second is a tiny pub called Leonard’s Corner which was located on the corner of South Circular Rd and Clanbrassil Street Upper, right near Griffith College. I was a regular there for lunch on weekdays. I got to know the bartender there along with another student from CAPA and he knew what we were going to order every day to the point that he stopped asking. He would ask all about what America was like and seemed genuinely interested in us. I guess it was special just because I didn’t feel like a tourist there. Again, it was somewhere that I felt like Dublin really was my city. 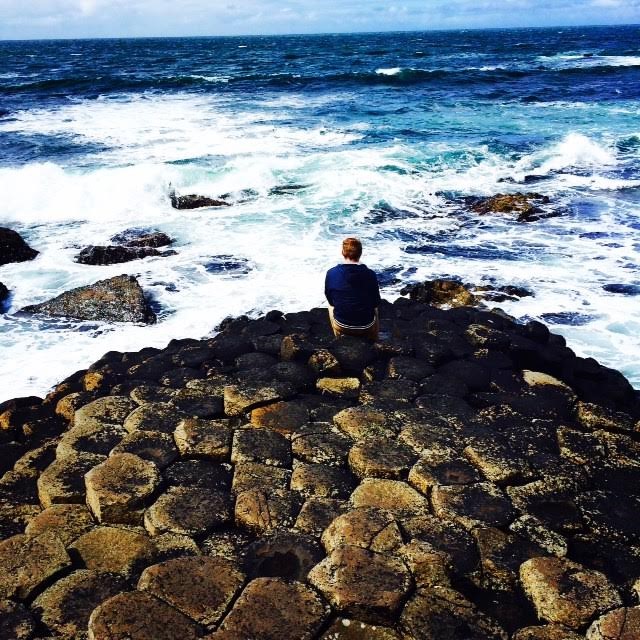 CW: What changes have you seen in yourself since you began your study abroad program? What has your experience taught you about yourself and the world around you?
GM: I don’t know if I could say that the experience changed me, but it did at least change the way that I try to look at things. I think I mentioned earlier how generally cheerful the Irish people are. The Irish that I met in my time in Dublin did a fantastic job of not getting caught up in little things, and now that is something that I try to apply to my life. I’ve learned that I want to travel way more and would even like to live abroad for a few years. The world is a big place, but things aren’t as far off as you might think. You’ve just got to get out there and explore.