After a visit to Blue Mountains as part of a CAPA excursion, Anderson reflects on the lessons drawn from the beauty of nature and ecological concerns that we face today. He also shares some Aboriginal mythologies and the connection of each story to the mesmerizing formations found on the hike.

Nestled just 50 km from Sydney’s Central Business District lies the sight of this past weekend’s CAPA excursion—the Blue Mountains. Carved into the earth yet mere kilometers from the ocean, the breathtaking scenery was a sight to behold. At first glance, a blue haze shrouded the mountains from afar. The name became fitting rather quickly. 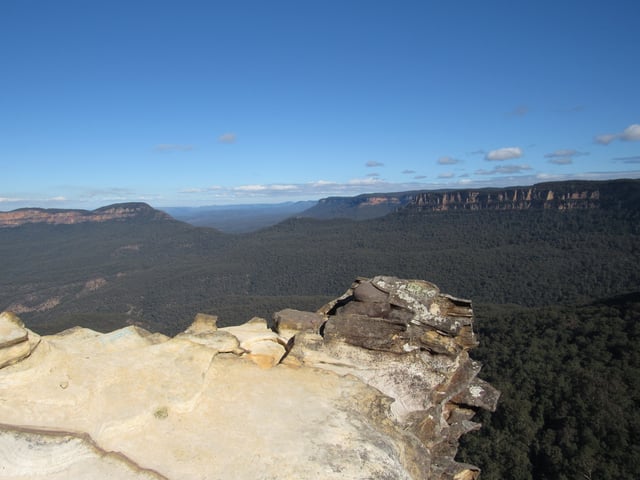 Blue haze—Jimi Hendrix would be proud.

What struck me was the scenery we passed as we approached the mountain’s cavernous cliffs. The suburban atmosphere of the surrounding neighborhoods seemed a bit out of place. No one seemed to bat an eye though. The land was still treated with respect and very much venerated.

The steep cliffs were almost comically treacherous; no room for disrespect.

The aboriginal mythology around the Blue Mountains—the Gundungurra creation story that Dreamtime creatures Mirigan and Garangatch, half fish and half reptile, fought an epic battle which scarred the landscape into the Jamison Valley—has persisted as well. One formation, the Three Sisters, was a result of a witch doctor turning three young girls to stone to avoid being eaten by a giant serpent, only to turn himself into a lyrebird. Its heritage is far from forgotten. 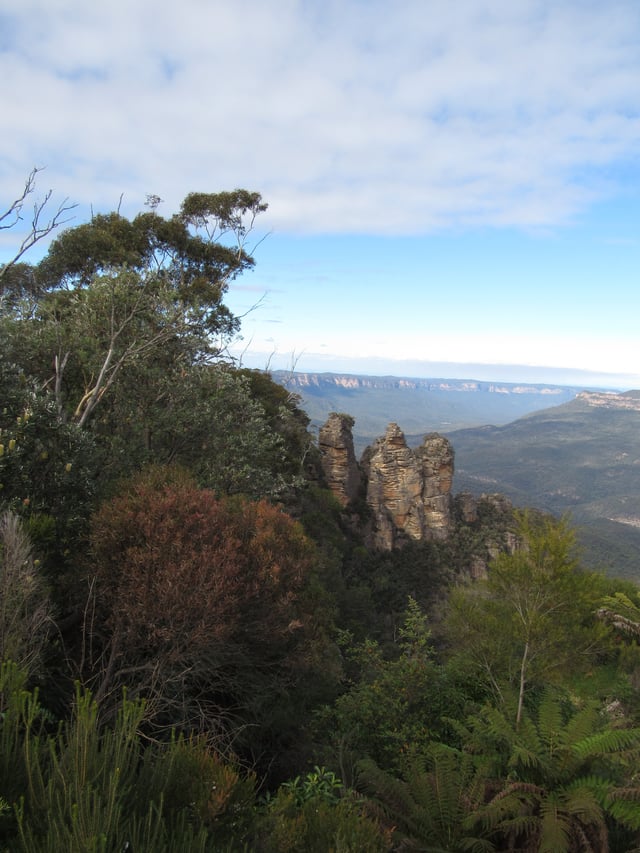 The Aboriginal mythology behind the Three Sisters was nothing short of fascinating.

As we were led on a minor hike throughout the range, there seemed to be a little bit of everything in the ambience. The foliage of the pacific northwest of the US. The rock formations of the southwest. With such an intersection of natural beauty, it was no wonder it served as such a revered environment for marathon, mountain biking, etc... 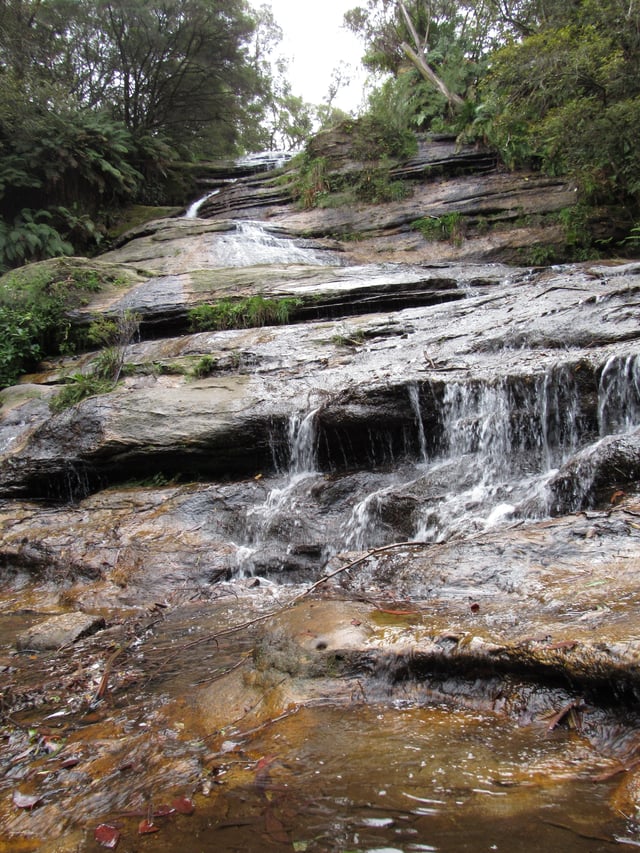 Waterfalls like such were tucked away, serving as a reward for those who dared to traverse.

It was clear the staff took safety concerns and human interference very seriously. Understandably of course. People love to kill the planet.

It does go a bit further than that. The Eucalyptus leaf is highly flammable. One semi-out cigarette could set a chunk of the forest ablaze. When it comes to preserving the mountains, the stakes are simply higher. Indifference and ignorance are a bit more dangerous than they are already. There must be an understanding that its wonder takes a delicate balance that could so easily be shattered.

As mesmerizing as the experience was, I couldn’t help but lament how far removed mankind is from the beauty of our home. There seems to be a persuasive attitude among most that for some reason, humans are above the ecological ways of life all other species lead. We humans are a biological species too. For a vast majority of our existence, we actively participated in a community of biological species. Although we have spent most of our recent history trying to separate and subsequently take advantage of earth, we are not exempt or exemptible from the forces that shape all life on this planet.

For now, I can appreciate the blessing of seeing the Blue Mountains in all their beauty. The pure sanctity of the land was an incredibly refreshing experience—well, as close to pure as we can reasonably achieve. I wish all my friends back home would get the chance to see how amazing earth is. It might take an experience like the Blue Mountains to inspire them to care a little more. 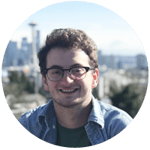