Stephen blogs about what his typical week is in Barcelona. Between his studies and internship, he has come up with a routine that works for his schedule—including fitting in time to enjoy and experience Barcelona.

3 weeks in: the point at which we were all told that the “vacation” feeling of being in Barcelona would go away, and we would start to miss home and things would start to get tough. As I sit here writing this past the 4-week point of the program (CRAZY!), I think they made a fair point. I’m definitely feeling some physical fatigue that I would have brushed off in the first couple of weeks to go out, although that also may have to do with the fact that I finally worked out for the first time after being here for a month, and my legs are unhappy with me. Everything is still pretty new, but I’ve been able to settle into a somewhat regular routine. So without further ado, here it is, more or less.

Starting the Day Off

With so much to do in a short semester abroad, I try to start my days early. Typically, I’ll get up around 7:30am after a couple of snoozes. I like to move my body a little bit in the morning, so I’ll do some stretches/exercises and then make breakfast (assuming I have time). After I eat, I get my hygiene in order (shower, teeth, and contacts), get dressed, and I’m ready to roll.

Caption: A typical breakfast for me when I have time to cook in the morning.

On Mondays and Thursdays, my commute consists of hopping on the L2, riding 2 stops, and getting off at Tetuan, followed by a six-minute walk to CAPA on Carrer d’Ausiàs Marc. It’s a pretty straightforward route, but there’s still something new to notice every day. When I don’t have class on Tuesdays, Wednesdays, and Fridays, I have work at my internship at Toddl.co. All of my work is remote, so I’ve taken that opportunity to make Barcelona my office. Some days I just stay in my apartment to work, but I prefer to still leave the house in the morning and find a cafe in a different part of the city to do my work. That way I can still do some exploring each day while fulfilling my busy schedule.

CAPA has a pretty wide selection of classes across different fields. Since I was doing the internship too, I decided to use my study abroad to fulfill breadth electives that I normally wouldn’t take at UMass. On Monday, I have Analyzing the Global City and Capturing Barcelona through Photography. Analyzing the City is at 8:45am. We start the class with a discussion about our reading, and then for the second half of the class we go out to the neighborhoods we’re learning about and study it in real life. 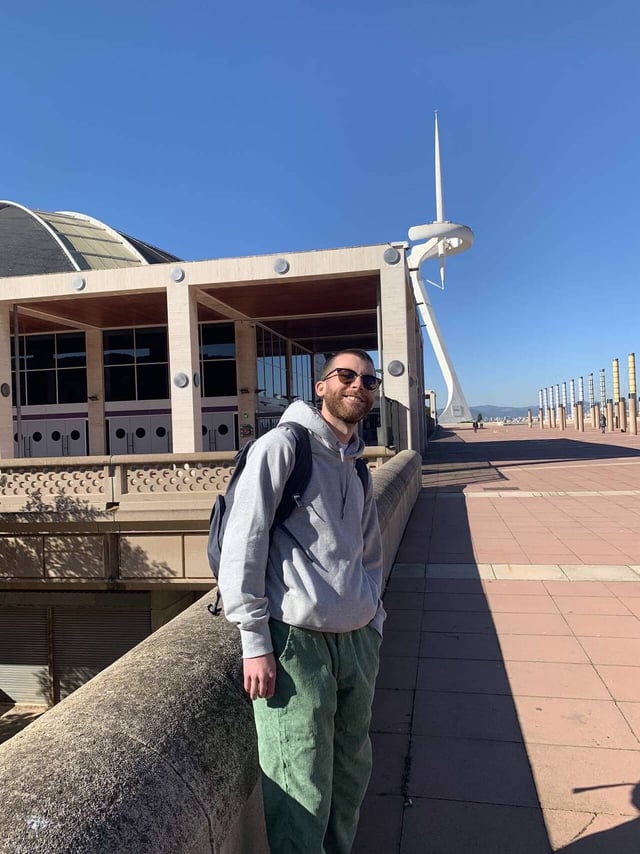 Caption: Last week our field trip was to the Olympic area near Montjuic. Here’s me standing in front of the stadium where the USA won gold in basketball. The Dream Team was one of the main reasons I chose Barcelona so this was really cool.

From there I go to Photography, which is actually held at a co-working space nearby CAPA. By 3:15pm I am done with class and I usually go home and work until 8 o’clock. Thursdays are pretty similar. Once again, I have class until 3:15pm, but my Global Internship Course does not start until 10:30am. Then I have Writing at 12:15pm, where I’m working on a story about a diamond thief in Barcelona.

With the global internship, we are required to work 20 hours per week, which we’ve broken into five 4-hour blocks at Toddl.co. I typically work one block on Monday and Tuesday, two blocks on Wednesday, and my last block Friday morning. As I said, my work is remote so my hours can be flexible, but I prefer to stick to the set schedule for the most part. My work so far has consisted of working with the database as well as researching new companies to add to it, but we’ll get more into my internship in a later blog post. 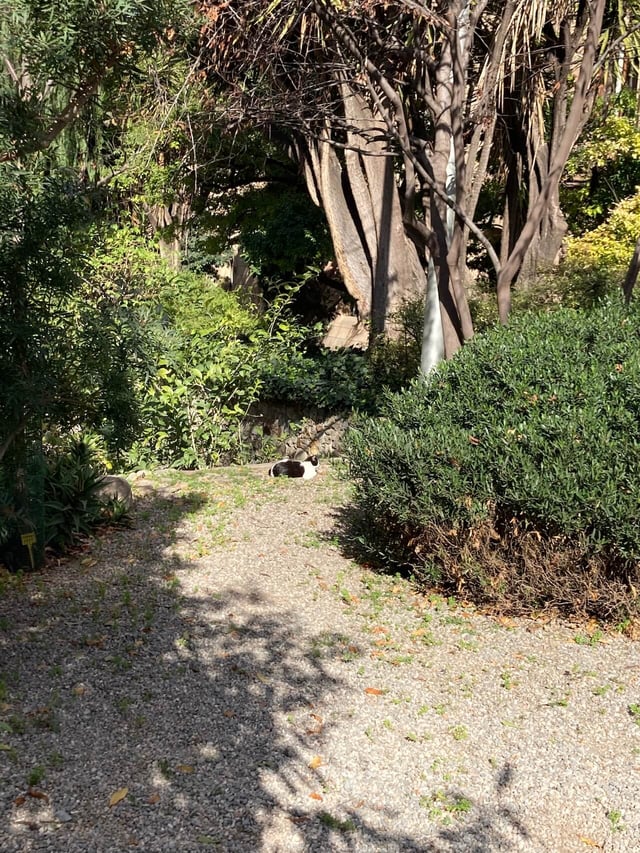 Caption: I took this in the public garden at University of Barcelona; a beautiful green space open to all, including this cat soaking in the sun.

Before I settle down for the day, or sometimes in the middle of the day, I take a walk around and find some form of nature to ground myself and relax for a little bit. This part of my day is essential, especially living in an urban environment like Barcelona. Despite all the buildings and people, there are plenty of places where you can find greenery in the city. One of my favorites is the park right outside my apartment and next to Sagrada Familia.

Carnival is an exciting time of year in Spain, and the best place to be is Sitges, 30 minutes south of Barcelona. It starts on the Thursday before Ash Wednesday and then culminates in the final day before Lent, which they call “Fat Tuesday”. People dress up in costumes, the whole town is decorated, and there is some form of a parade going on at basically any point of the day. Fat Tuesday was fun, but I definitely recommend going on the weekend before as well to get a feel for the town before it fills up completely with people traveling for the festivities. Really, I would recommend visiting Sitges any time, as it’s a beautiful town with sandy beaches and great restaurants.

Caption: A picture of the sunset from a Sitges jetty on the beach on Saturday.