How I Have Changed Since Being Here: the Difference Between 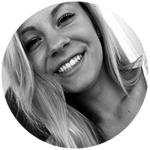 Skylee Lawton is an official CAPA blogger for summer 2017, sharing her story in weekly posts on CAPA World. A Public Relations major at SUNY Oswego, she is studying abroad in Sydney this semester.

In this week's post, Skylee talks about the differences between her home and host cities, with the help of her study abroad roommates.

Recently, I had two of my roommates Sara and Hayley, help me out with a list of differences we have found between Australia and America. Now, mind you, this is what we have found. Someone else may come here and could have a totally different experience (although I highly doubt it). Australia is a place similar to America in that they are both English speaking and have seemingly similar food. But there are so many unexpected differences that I wasn’t expecting, so I wasn’t prepared. If you go to to a place like China, you will probably expect everything to be different, but that’s not so much the case here. Every time you feel like you are back home, someone does something or something happens that shoots you back to locational reality. 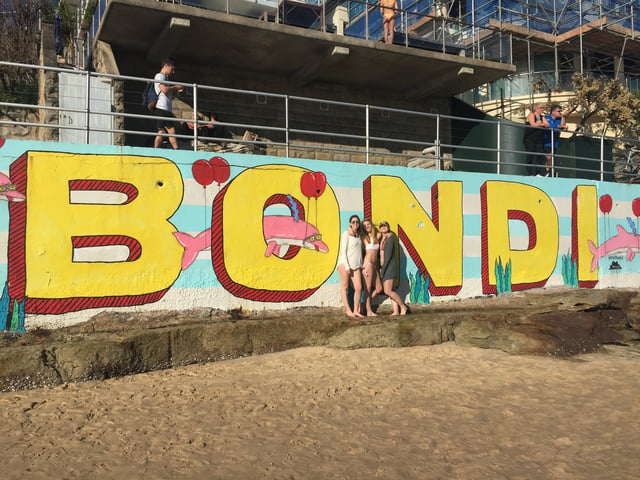 Photo: Hayley, Katie and me at Bondi Beach

In Australia, we found that people walk on the left side of the sidewalk all the time, actually eat vegemite (I have tried it and it's not good), and most people don’t actually eat kangaroo. It is the equivalent of deer back home. We also noticed the birds here are different, so is the cheese, and, well, most foods actually. The regulations on food here are much stricter so it is healthier but blander than the options with more chemicals back home. Gelato is the pick over ice cream and there are shops everywhere. At restaurants, even nice ones, people go up to the counter to pay and there is no check given that lists everything you ordered with the price. You have to tell the cashier what you ate and they’ll charge you for whatever you say. I think this makes Australians a lot more honest than Americans would be. 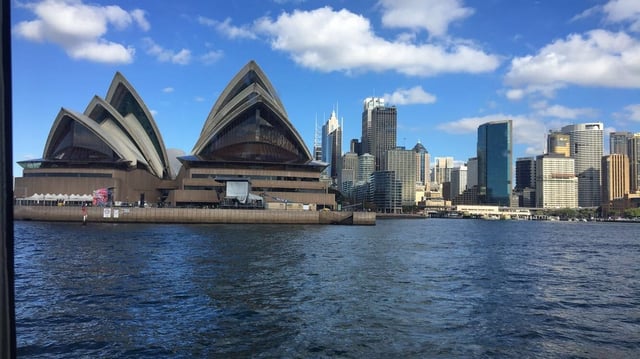 Photo: another view of the Opera House from a boat because you can never get enough of it.

Rugby is huge here but even that is different than the game played in America. I couldn’t tell you what the difference is as I only just figured out this version, but it is beyond intense. The men just throw themselves at each other and when I was at a game for the Parramatta Eels, I could hear the sound of them colliding from my seat. It is a lot faster than football which is so weird to me because there is no safety padding.

One thing my roommates and I have found we have a huge distaste for, is the amount of PDA there is here. It's nuts how many people you will find stopping in the middle of a crowded sidewalk to make out or just grab each other like there is no one else around. There have been a few situations we have seen that turned my stomach, but this shows that privacy and personal space are definitely different values to Americans in this sense. 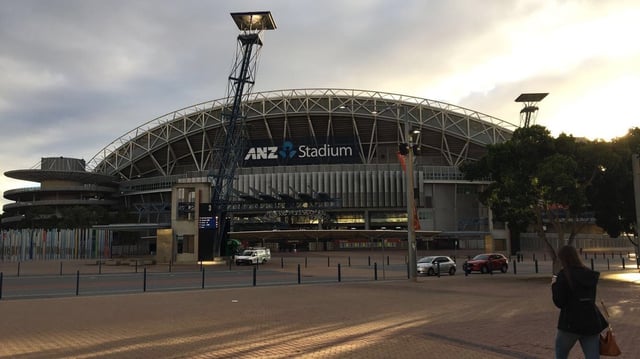 Photo: the front of the Olympic Stadium where we got a tour from Katie’s boss and watched our first rugby game, Go Parramatta Eels!

The “winter” here is nothing like what winter means back in Upstate New York. The temperatures have been in the 60s on average (in fahrenheit). But, I am getting used to celcius. It is so crazy to see people here in giant parkas, faux fur coats, and gloves during the day when I am comfortable in a sweater and leggings at night.

Other differences include the coffee, the style of sarcasm and the fact that tax is always included in the labeled price. There is not as much wildlife here as I was expecting. Yes this is a city and no I did not voyage to the outback, but we were all expecting more life and death situations with nature. 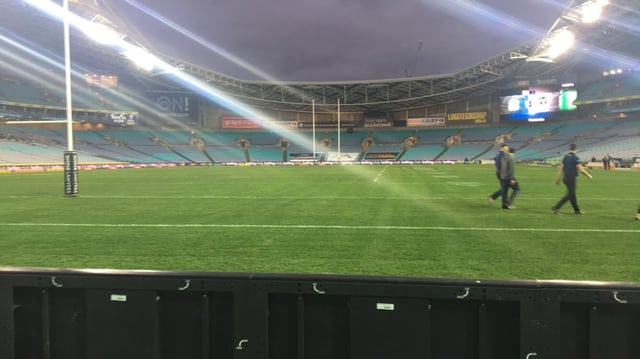 Photo: we got to walk on the field during our tour before the game started!

We did have an especially horrifying and life haunting experience at the Royal Botanical Gardens where we unknowingly walked under a giant web of a ton of large spiders that were stretched between the trees above the path we were on. I'm uncomfortable as I write this because it was that awful. We didn't notice until Hayley looked up, saw them, screamed and pointed upwards to show the rest of us. It is a little funny now because it became an “everyone for themselves” kind of situation- we all scattered. I am scared beyond belief of spiders so I freaked out and froze. Emily saved me because when she panicked, she grabbed my arm and booked us to safety. The tourists nearby definity should have paid us for the show because while I was crying at our ordeal, they were dying of laughter. 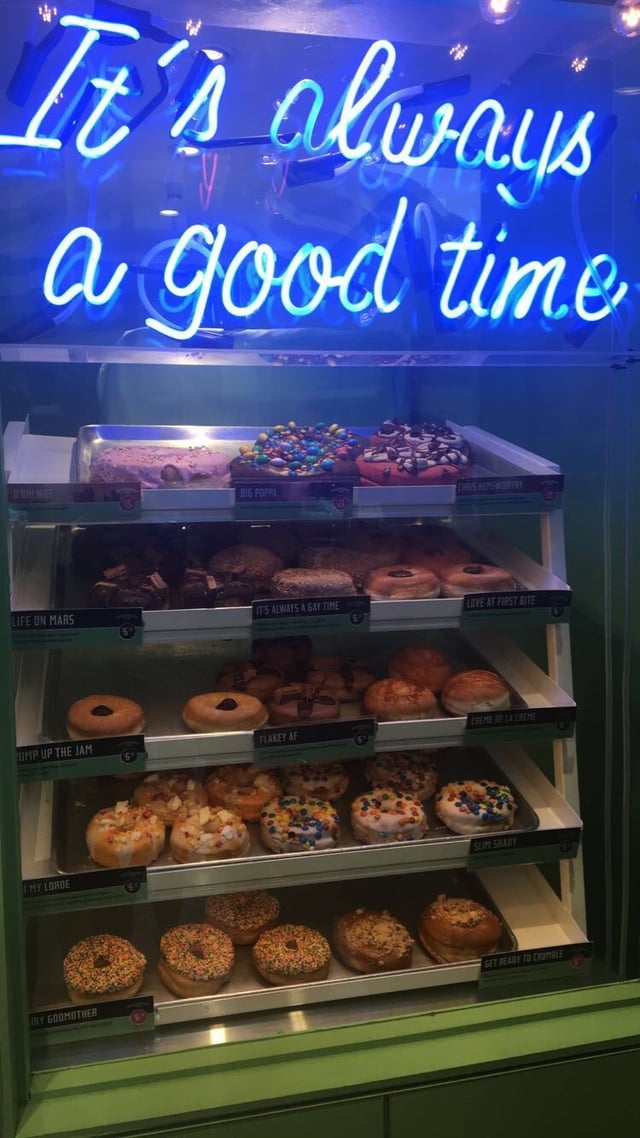 Photo: I forget the name of this pop-up donut shop but it was near Manly Beach and had giant donuts the size of my face. Each donut had a name that was a funny pop culture reference.

Anyways, even though I am extremely thankful I haven’t had another situation like that, I was still expecting a little more from the country where “everything wants to kill you”. I think the biggest thing I have found that is different between Australia and America is how little most people, including myself, really don’t understand the world. I know I did not learn a lot about Australia growing up, so to learn through my coworkers and my boss was really interesting. 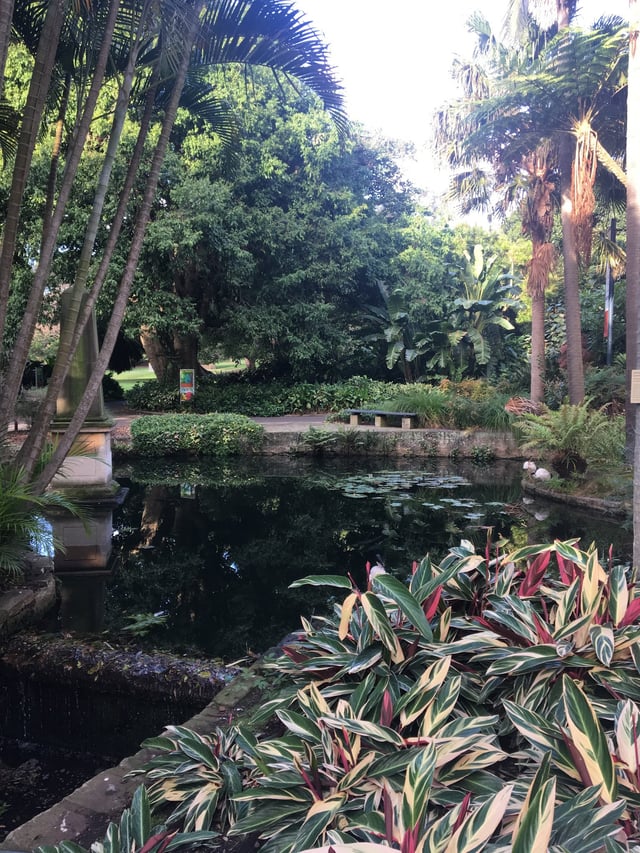 Photo: this is a beautiful area of the Royal Botanical Gardens that was nearby where we had the terrifying spider ordeal.

I only have about a week left here and even though I have been feeling homesick, I can’t think about leaving this place. I only hope that I could come back someday.