In this post, CAPA Alumna Jude Schroder reflects on their summer interning in Barcelona. From adjusting to a city after living in a very suburban neighborhood, to exploring the multiculturalism of the city and making connections through their internship, Jude reflects on how studying abroad in Barcelona shifted their mindset.

I am a native Arizonan, born and raised in the Phoenix area. I come from desert suburbia – a place where everyone has a swimming pool in their backyard and we have so much land we don’t even know what to do with it. We drive on wide streets with six lanes, and we never walk anywhere.

In Arizona – such a young place – it is easy to forget that most places aren’t designed like that. When I arrived in Barcelona last summer, the first thing that I noticed were the narrow streets and the old buildings. One of my favorite things to do was walk around the city and take it all in. If I wasn’t in a rush, I would head to my destination on foot. It never took me more than an hour to cross from one side of the city to the other.

My favorite place to get lost in was the center of the city. This neighborhood is sometimes called La Ciutat Vella, or the old city. The first thing I noticed about this neighborhood was how dense and disorganized it is. Because this neighborhood is so old, it was not built with cars in mind. The narrow, winding streets are too small for vehicles and most never see the sunlight. It’s like walking through a maze with walls that are five or six or seven stories high — it’s difficult for a foreigner to navigate. The newer part of Barcelona, L’Eixample, was planned using a grid system with blocks called “manzanas” equally spaced. La Ciutat Vella was planned in an entirely different manner: the streets were created to connect the churches together.

Despite the lack of organization, by the end of my summer in Barcelona I had almost figured out La Ciutat Vella – an accomplishment I can attribute to the fact that my internship site was at the heart of the neighborhood. I worked at a nonprofit called Fundació Comtal, which supports the community through social work and education, with a particular focus on helping kids in vulnerable situations.

The staff at my internship site were so welcoming and kind. They checked in with me often and worked with me to determine how I could best help out within my individual skillset and experience. My supervisor quickly realized I liked to be creative and gave me free reign on any and all art projects. I wanted to study abroad to gain intercultural skills but working as an educator in a summer classroom, where no English was ever spoken, added a whole new depth and meaning to that goal. 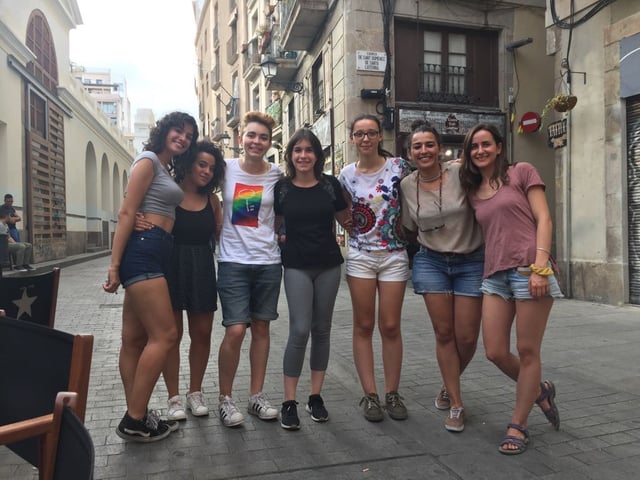 Out of all the students in my CAPA program, I was the only intern that chose to work in a Spanish-speaking workplace. That choice ended up being the best decision I made. In my immersive work environment, I was not only able to practice my Spanish, but I was also able to meet more locals than all of the other interns combined.

Working with kids from different cultures was a great challenge and growing experience for me. Don’t get me wrong, three to six-year-olds are a handful, but I enjoyed my time with them more than anything. I think they taught me the most valuable lessons from my summer in Barcelona. I will never forget the little ones I met at my internship, how they laughed and held my hand as we walked through the city together.

In La Cituat Vella, the apartments are small – often the homes of immigrants and refugees. Graffiti on the walls of the small plaças declare the existence of undocumented immigrants; “sinpapeles” is written in beautiful spray paint calligraphy all over the city. Barcelona is known for its diversity and La Ciutat Vella is a great example. Working with kids in the center of Barcelona meant that I came into contact with a wide variety of experiences. I talked with the children of immigrants from the Dominican Republic, from Peru, from Argentina, and even from China. I met the families that came to Barcelona as refugees. I saw a hidden diversity in Barcelona that tourists do not usually see. People from all over the world live there, and it is fascinating to have conversations with them, to hear their stories and learn that Barcelona, like most places, does not have a single narrative. 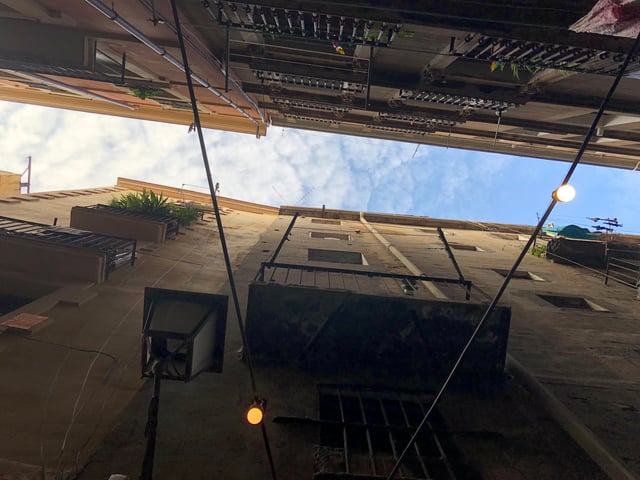 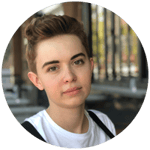 Meet Jude Schroder, an Arizona State University student studying Global Studies. They studied abroad in Barcelona during Summer 2018 and was a CAPA Ambassador for the fall 2018 semester.