How Studying Abroad Gave Me the Chance to Be Myself 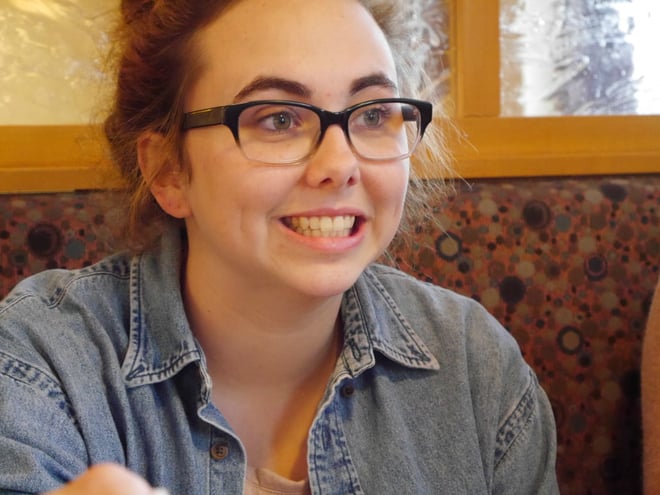 Meet Mary Milligan, a CAPA Dublin alumna from Hood College. Mary's semester in Ireland gave her the chance to be the person she's always wanted to give herself the opportunity to become and she thrived in her new environment. Below, Mary talks about her increased understanding and awareness of gentrification, an area of the city that surprised her and the importance to her of blogging while abroad. 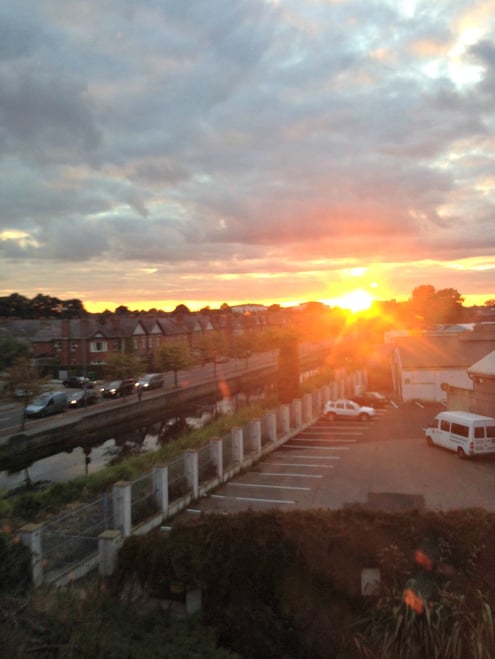 CAPA WORLD: Tell us a bit about yourself.
MARY MILLIGAN: I’m originally from Denver, Pennsylvania. During the school year I reside in Frederick, Maryland attending Hood College where I major in Communication Arts. I studied abroad in Dublin, Ireland last semester. In my free time, I craft, blog, and watch a lot of Netflix. 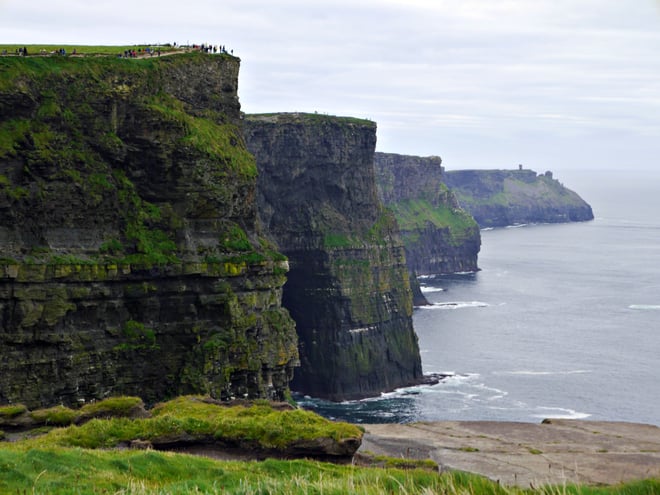 CW: Why did you choose the CAPA program and why Dublin specifically?
MM: I chose the CAPA program because it is an affiliate of my school; therefore, all of my scholarships would transfer. However, it also offered what I was looking for in a program. The Dublin program specifically allows you to meet locals by attending a college rather than just going to school with all Americans, just in a different country.

CW: You kept a blog while abroad to document your travels. Why was this important to you? Would you recommend it to other students as a worthwhile activity?
MM: I love to blog; it’s something I’ve done for about two and a half years now. I love to document my life and if I can share it with the world, why wouldn’t I? I suppose that’s the millennial in me. I would highly recommend blogging to anyone. Iit’s an extremely easy way to keep in touch with everyone at home, as well as a way to remember everything that you’re doing and keep track of your travels and experiences. 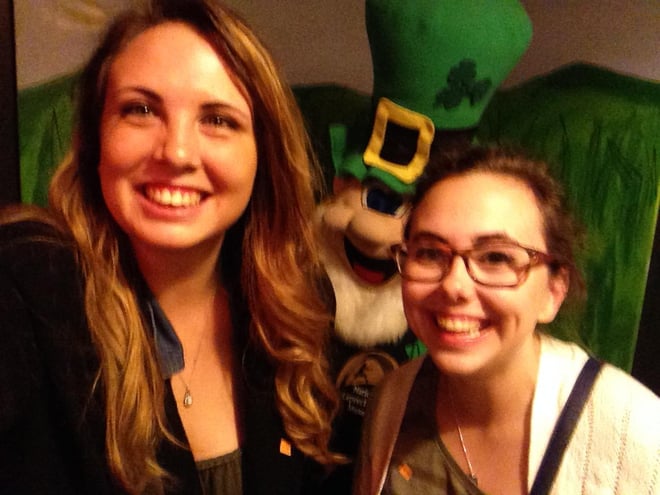 CW: Give us an example of an activity you pursued outside of CAPA activities that gave you a better understanding of the material you learned in one of your classes.
MM: When I went to Paris to see my dad who was there on business, I really found that I was really into seeing the gentrification of the city that we often discussed in the CAPA Global Cities course. 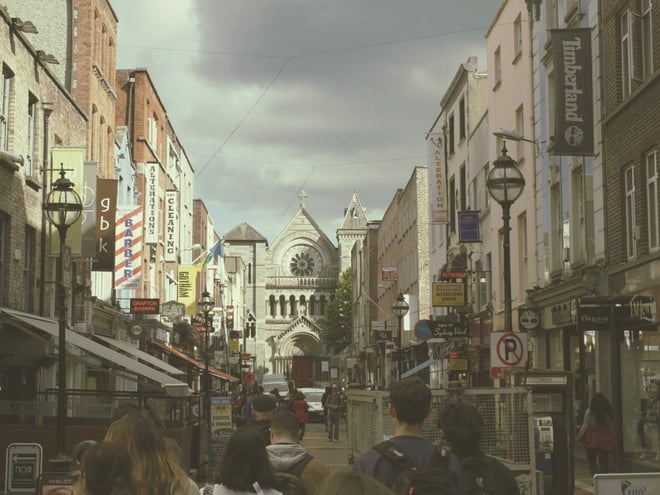 CW: Tell us about a moment when you faced a particular challenge and how you were able to turn that into a learning experience.
MM: There were several times where I felt like I had gotten lost, however, all of those opportunities turn into an experience of learning how to navigate a city using road maps and signs, especially if you aren’t paying for data on your cell phone. You learn and see more of the city by getting lost. It might seem like a challenge at first, but really it’s the best learning experience you can have while studying abroad in a new city.

CW: Give three examples of ways in which you were able to tie the knowledge you’ve gained in your CAPA classes into the way you understand your host city.
MM: In the one CAPA class I took I learned a lot about the city and areas within the city. The Global Cities course really examined gentrification of Dublin, as well as the meaning and history behind the city. I recognized things about the city that I wouldn’t even recognize in my own hometown. I learned what time period certain buildings were in, I found out why there were empty apartment buildings and how the Celtic Tiger affected the current state of Dublin. 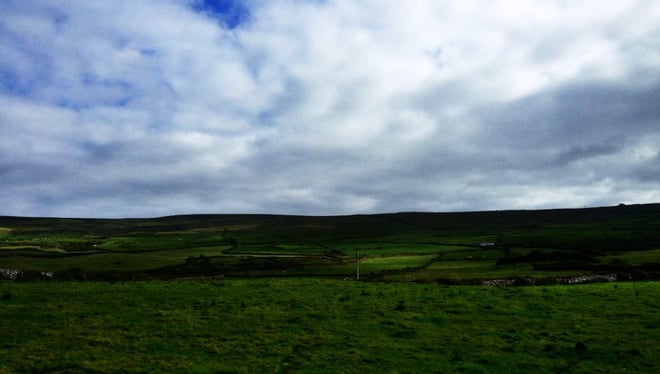 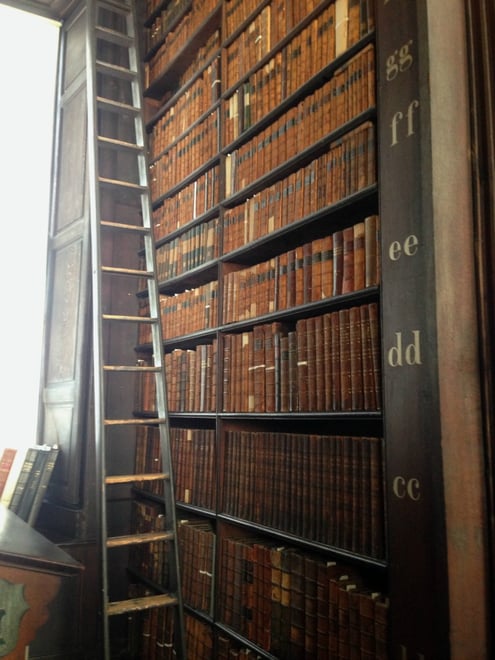 CW: Where were the places you carved out as "Your Dublin" - the places you found outside of the tourist sites, the places that were most meaningful for you? What was special about them?
MM: The places that became most meaningful to me were the places that I visited with my friends typically. I really liked Noshington’s Café which was across the street from campus. Dame Street and Grafton Street, although very touristy, had side streets that were fun to venture off onto and explore more parts of the city and find little cafes here and there that were filled with locals. Wheelans, although it has become a more touristy place since being featured in P.S. I Love You it was still a fun place to hear live music.

CW: What changes have you seen in yourself since you began your study abroad program? What has your experience taught you about yourself and the world around you?
MM: Since studying abroad, I have become more comfortable with who I am as a person. It really helped me to become myself. Dublin taught me the world is so much bigger than the city or town I live in and the few places nearby. While abroad I traveled to three different countries, while most semesters I do not go more than the two states I live between. Studying abroad exposed me to new places and new experiences that have fed my desire to travel, see the world, and allow me to be who I want to be. Before I left I was always the same person. I didn’t take college as an opportunity to allow myself to be that person that I had always wanted to be, and by studying abroad, I took it as a chance to be that person. I am so thankful for that experience and it is something that has really transferred into my life back home in America as well.