In today's post, Maisie shares how she makes memories by attending music gigs in London and compiling her film photos in zines. Zines are almost like a diary, where one can put together their favorite memories. Check out what Maisie is doing for hers!

Before I even came to London, I began my engulfing obsession of zines. I bought too many zines, I made long lists of zines I would make if I would ever stop being lazy, and I often straightened the zine section at my internship because I loved them oh so much. There is something so good and honest about a zine—it’s almost like someone’s sketchbook, all of the markings made in an effort to figure out what the artist wants to do. A zine is like a diary. Zines are so nice, you should pick one up sometime. 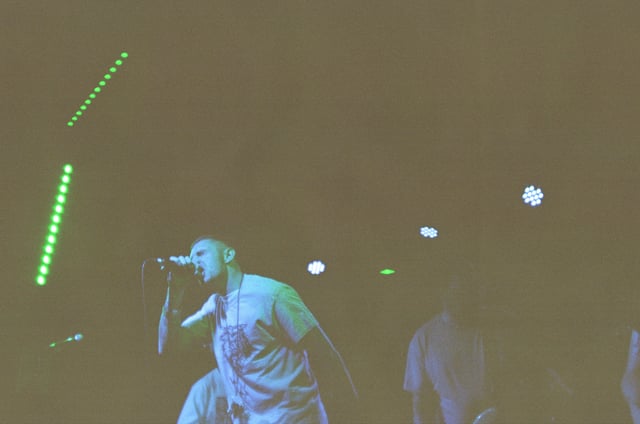 A film photo from a London gig.

My time here in the Ol’ Smoke has birthed another zine, one of the rock show variety. I had this new idea that was not new: I wanted to take some good film photos at the shows I went to, in an effort to start building a portfolio. I would love to take photos at shows for a local publication, and I would be able to go to shows for free because it is my j-o-b (this is my dream, and looking back, it has been my dream since middle school when I asked a guest speaker who was a photographer how I could get into the concert photography business—he said nothing helpful). I took my little 35mm Halina with me to every gig, and I took mostly poor photos. I realize now that I need to use flash, something I thought was so rude I would die if I tried to get a photo with any sort of contrast. The photos I took with flash are on my current roll of film, so maybe you will see them maybe you will not. 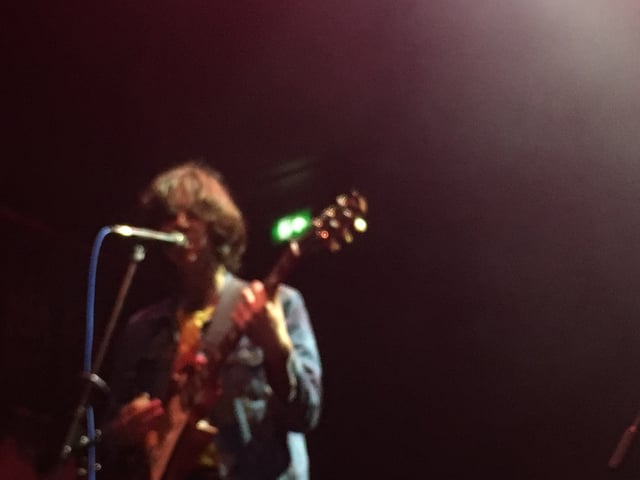 Another film photo from a gig in London I went to.

The final product of a zine is important, but I am equally interested in the process of the work. Taking the pictures, in my case waiting for the film to be developed, there is a gap between the moment I snap a photo and the moment I found out what that shot looks like. In my art history class, we recently learned about how some poets and artists within the Dada circle would leave these poems to chance, picking out random words from a hat or dropping them onto a page to see how they fell into place. Doing something like this intrigues me in collage, and I would like to incorporate something like this into the zine. 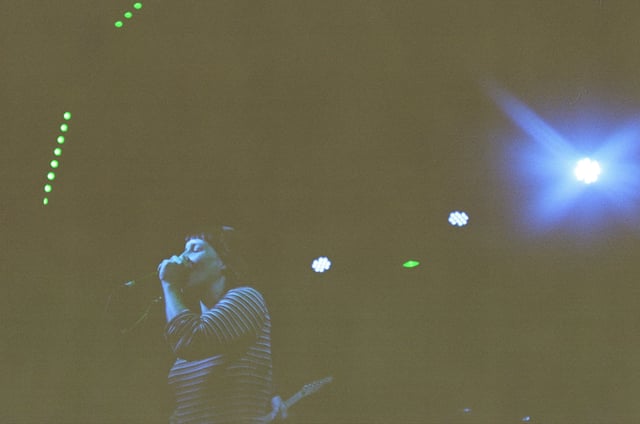 Do what you love to do here in this city. Make memories and put them somewhere you can refer back to.

This is a roundabout way of me telling you, reader, do what you love to do here in this city. There is much to choose from. If you are an audiophile like myself, there will be so much to go out there and see! I was able to grow from this (I’m not really looking that far back into the past, so this is no true reflection), as I mostly went to all of the gigs alone. 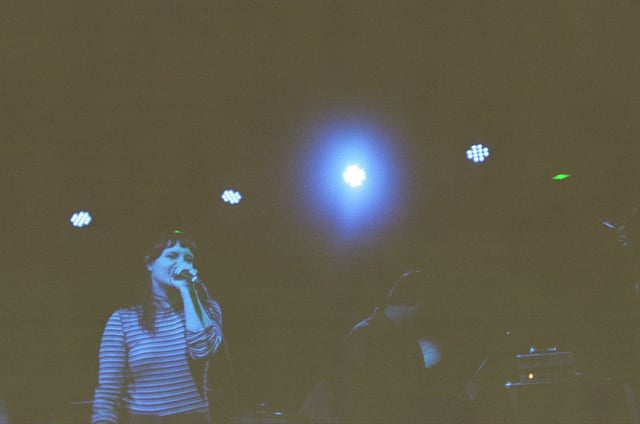 I started to go to shows alone. I dance and take photos!

About a year ago I started to go to shows alone, because even if other people couldn’t go I knew I wanted to see those bands no matter what. At first, I felt so awkward and didn’t enjoy myself to the fullest I don’t think. The tables have turned!!! I just dance, dance, dance, and take photos—and wow music is cool.