CAPA recently organized and hosted an international Human Rights Conference. On the day, students and staff in London, Dublin, Florence and Boston connected through global network technology to learn from and engage with a group of powerful speakers sharing their personal stories and the importance of their work in human rights from the CAPA London center. 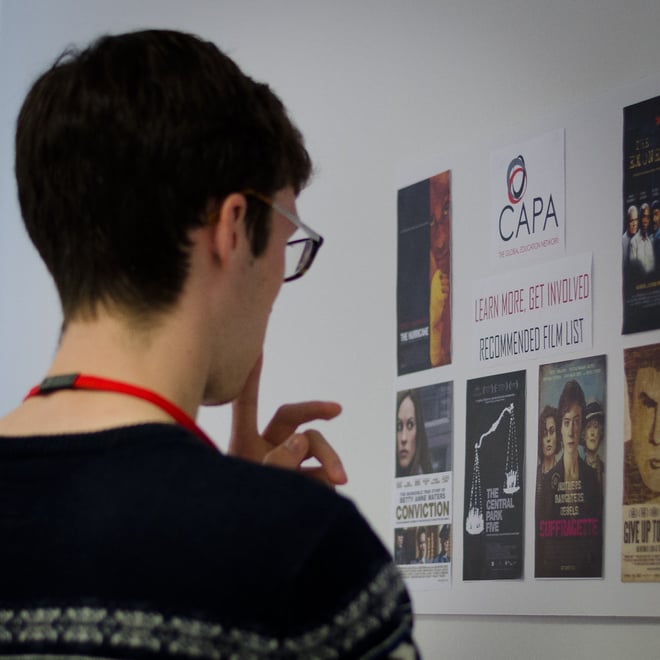 Among those speakers were Sunny Jacobs and Peter Pringle. Both were wrongfully convicted of crimes, incarcerated and sentenced to death before - many years later - being released as their sentences were overturned when they were each eventually found innocent. Amazingly, they then found each other - Sunny from Florida and Peter from Ireland, fell in love, got married and founded The Sunny Center in Ireland to help other wrongfully convicted people from around the world as they try to readjust to life on the outside. 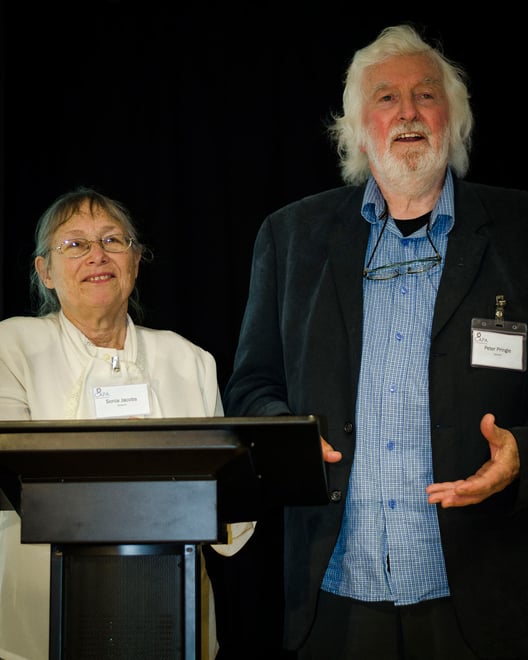 After the conference, we caught up with Sunny and Peter to find out why it was important for them to come to CAPA and share their story, what advice they might give to students who wish to get involved in human rights and what they hope people were able to take away from the event. 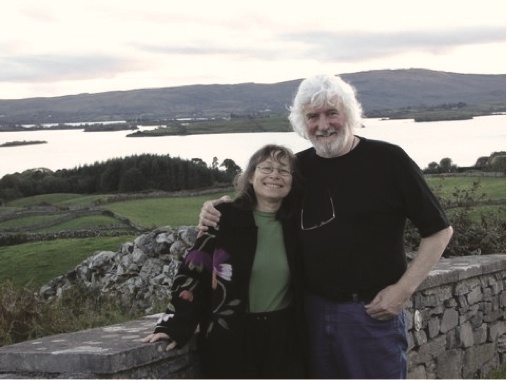 Sunny Jacobs was sentenced to death at the age of 28 for the murder of two police officers in Florida. When she was imprisoned, her two young children were cast into the foster care system. Nearly 17 years after her arrest, Sunny's conviction was overturned on appeal. Her story, along with those of five other wrongfully convicted death row inmates, became The Exonerated, a play put on by the non-profit theater, The Culture Project and then turned into a film for Court TV with Susan Sarandon in the role of Sunny. Sunny is the author of Stolen Time: One Woman's Inspiring Story as an Innocent Condemned to Death. 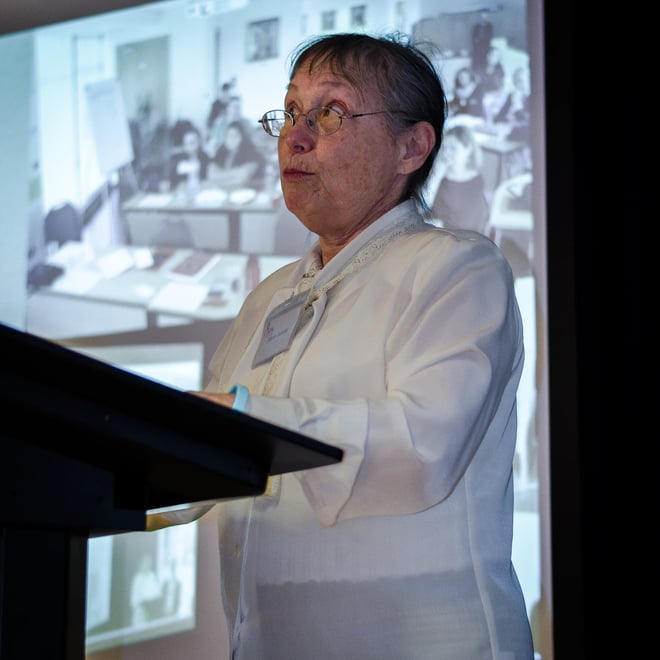 CAPA WORLD: Briefly, tell us how you got involved with human rights activism and what led you to start The Sunny Center.
SUNNY JACOBS: I got involved with human rights because I was a victim of injustice myself. I was wrongly convicted and sentenced to death in the state of Florida. It took 17 years to resolve. By the time I got out, I was 45-years-old and an activist. 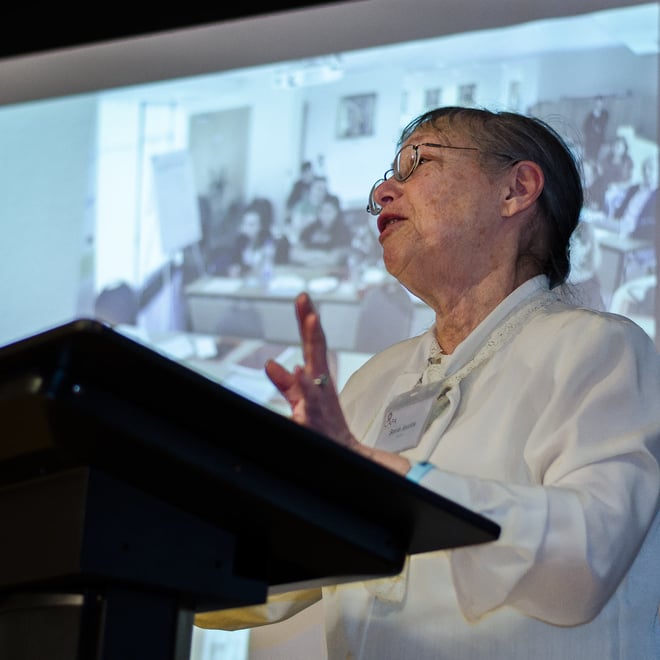 CW: What does the Human Rights Conference at CAPA London mean to you? Why did you decide to come to share your story?
SJ: The Human Rights Conference at CAPA is so important because it helps us - the older generation - to pass on our knowledge and resources to the younger generation because they’re really the ones who are going to make a difference. It helps to change my experience from something tragic into something hopeful. 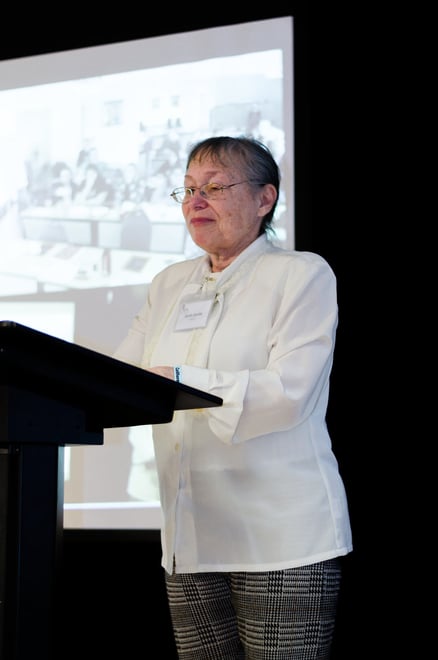 CW: What advice could you offer to students who wish to pursue a career in human rights?
SJ: What I would like to say to students is: Do it. Do something. Pick something that you feel passionate about and do something about it, even if it’s just to write a letter or to picket or to talk to other people about what you’ve learned. Do something. 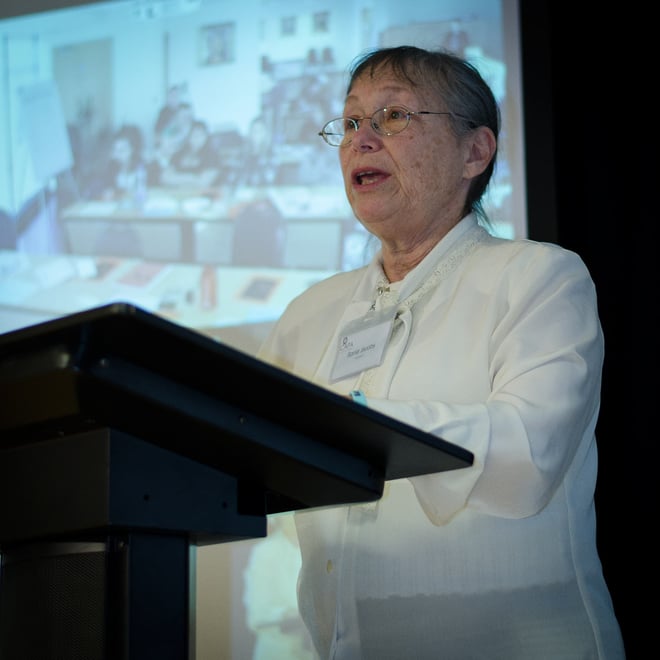 CW: To you, what is the most important lesson that students could take away from CAPA's Human Rights Conference?
SJ: I would say the most important thing to have taken away is that everyone makes a difference. Every single person can make a difference. And that you always have a choice. In other words, that there’s always more than one way to look at something, so what might seem to be the most terrible thing in your life could turn out to be a blessing in disguise. 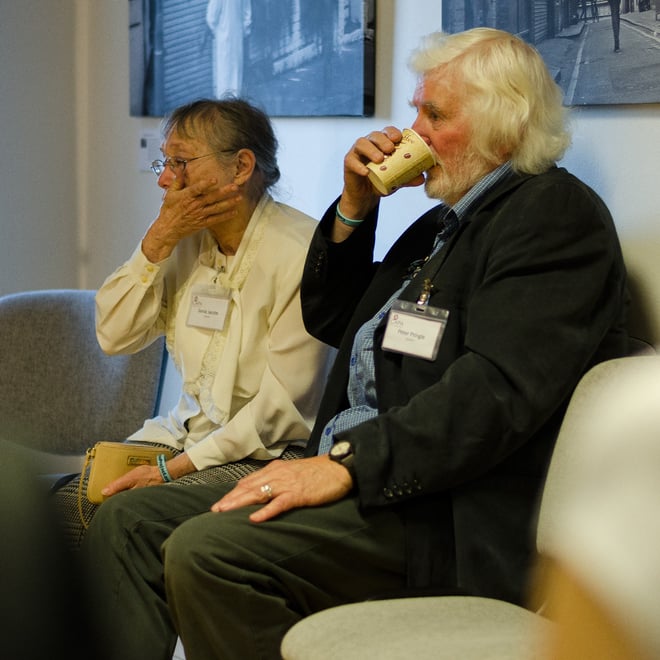 Peter Pringle was accused of being one of three men who had murdered two police officers following a bank robbery in Ireland. After his conviction, he had been sentenced to be hanged. Just days before a noose was tied around his neck, Pringle learned that Ireland's president had commuted his sentence to 40 years without parole. Pringle then immersed himself into legal books and effectively became a "jailhouse lawyer." Serving as his own counsel, Pringle successfully pleaded his case, leading the Court of Criminal Appeal to quash his conviction. He is a Human Rights and anti-death penalty activist. 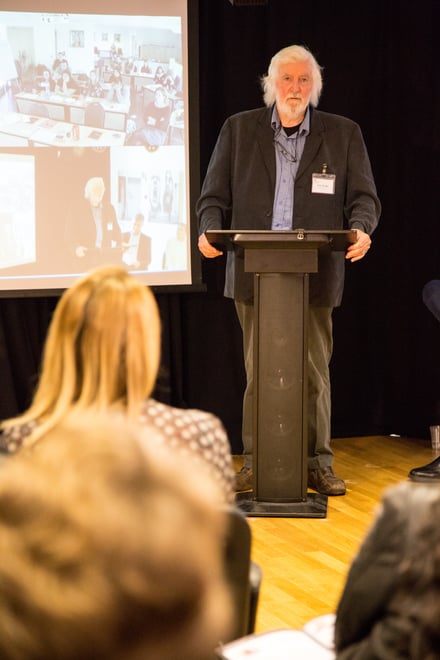 CAPA WORLD: Briefly,tell us how you got involved with human rights activism and what led you to start The Sunny Center.
PETER PRINGLE: I’ve been a political activist since I was 16 years of age, so I was actually campaigning against the death penalty in the Morris case in Ireland long before they eventually arrested me and framed me for a murder I didn’t commit and then sentenced me to death. 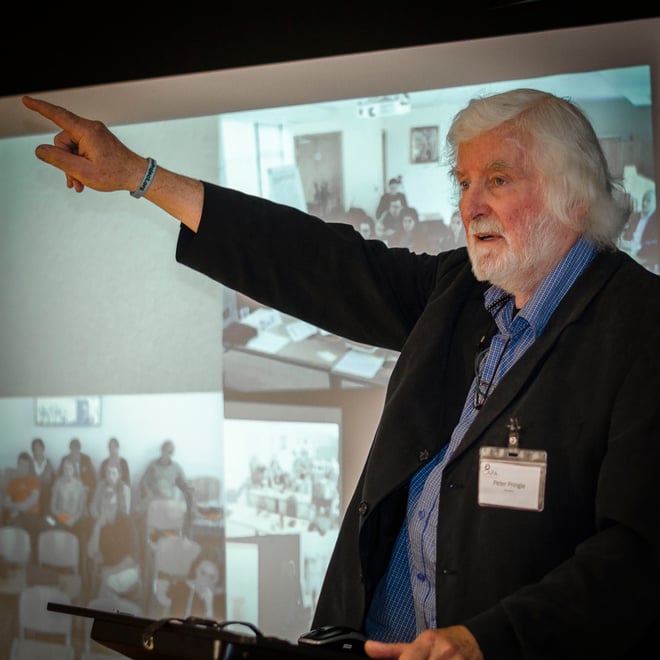 CW: What does this Human Rights Conference at CAPA London mean to you? Why did you decide to come to share your story?
PP: The Human Rights Conference at CAPA, to me, was very important. We travel to various conferences for human rights because we believe they’re all very important. We love CAPA and what they do and it was an opportunity for us to share with the students our experience and, in effect, put the human face on the death penalty and the significance of it. 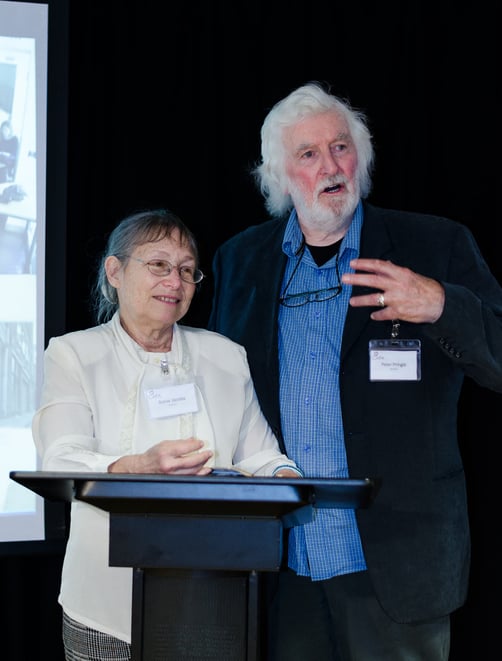 CW: What advice could you offer to students who wish to pursue a career in human rights?
PP: I would say get involved. Be involved, at whatever level you can, even if it’s simply going on Twitter and tweeting. There’s something everybody can do. Each person can, in their own way, make a contribution to change for the better. 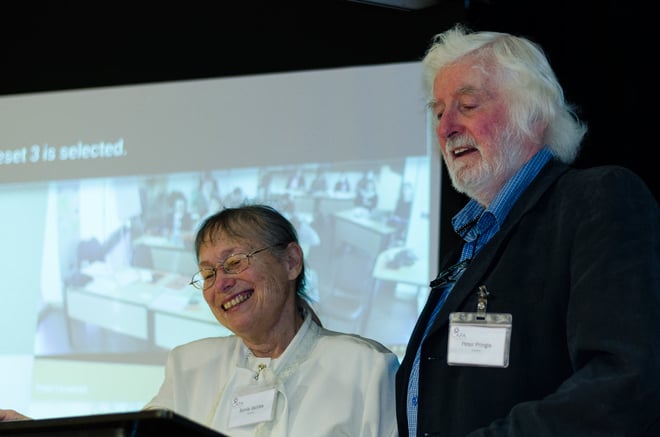 CW: To you, what is the most important lesson that students could take away from CAPA's Human Rights Conference?
PP: I would think that they would have a difference of perspective on the death penalty and on the innocence projects to what we shared and what Justin Brooks (Director of the California Innocence Project and also a speaker at the CAPA Human Rights Conference) shared. They will go away, I hope, with a sense that they want to do something positive. I feel that they will also go away knowing that one can go through terrible things and come out and be happy and loving and caring and peaceful afterwards. 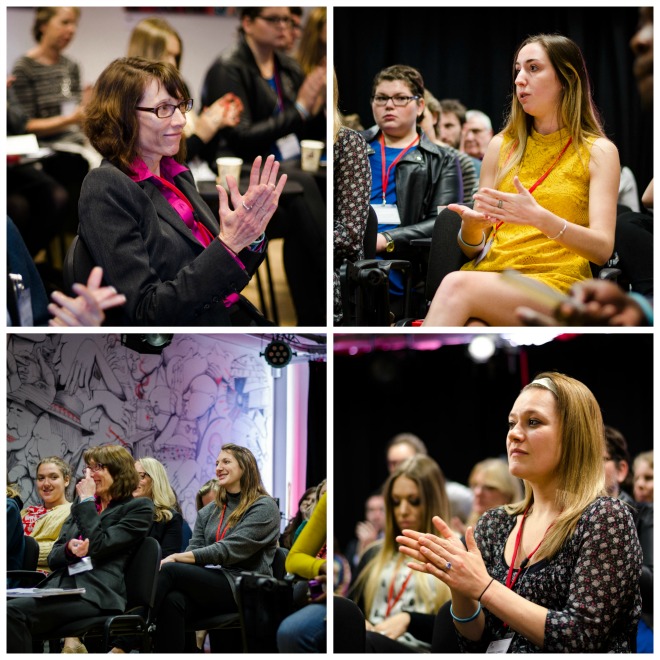 Thank you, Sunny and Peter!