The playwright Dennis Potter (1935 – 1994) associated the idea of nostalgia for childhood with “blue-remembered hills”: a metaphor for locations distant in time that are formed and reformed in our memories. The notion of “blue-remembered hills” precisely captures the process of reconstruction through which we selectively revisit days long ago and the people who populated that dreamed space. We invest the past with colors that are emotionally, if not literally, true. 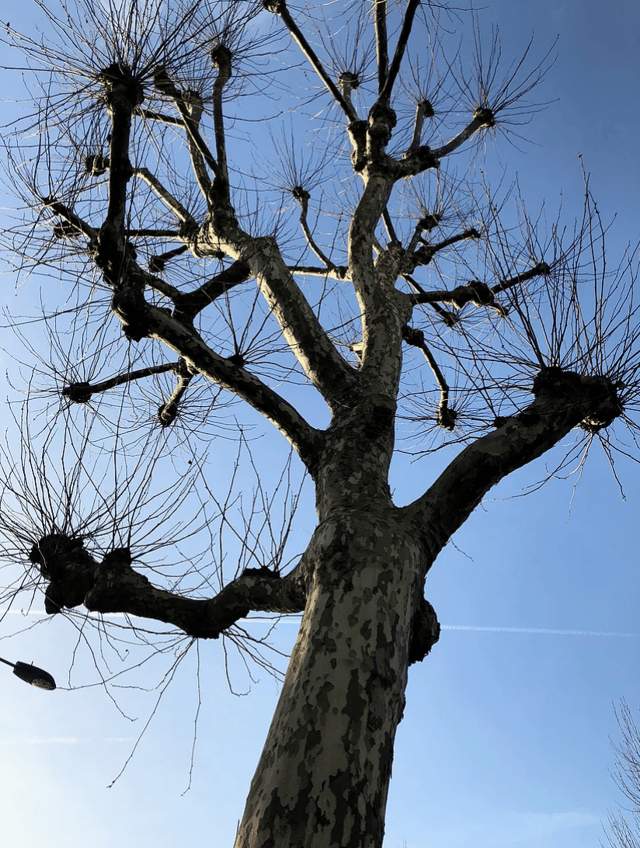 My nostalgia was triggered by an unlikely conjunction: a poem and an advertisement in the British press from a Muslim association. I thought of my childhood which was not spent in the rolling countryside of Potter’s imagination but in the unruly streets, pavements, bomb sites of a London still recovering from the devastation of WWII. None of that bothered us much. We were too busy playing at being violent.

We were addicted to a particular form of conflict, consisting of symbolic gestures, secure in the knowledge that other urchin observers would intervene before any significant physical contact could be made; no conjunction of fist with tooth or even worse (God forbid) with eyes ever took place. The frequent threat “I’ll kill you” was always neutralized by two limitations: cowardice and ineptitude. None of us had a clue of how to go about killing anyone, nor had we the courage to do so.

Nobody got close to killing anybody. Punches were thrown from very safe distances doing damage only to air. The only real violence was inflicted on the English language because we had all learnt to swear before we had learnt to say good morning.

Something else other than fear and incompetence restrained us. Firstly, we were destined to become, more or less, kind. We also had at least one parent who would really kill us if we killed each other. We were free to turn the air blue, to rage against both our lack of potency in the world, and our failure to exact hideous revenge for something or other, but not to hit or hurt.

There was an even stronger restraint stopping us from ripping out the spleens of our youthful enemies. For much of the time, Colin loved Brian, who loved me, and I loved Barry who loved Ivor and so it went: a cycle “full of sound and fury signifying nothing” but the burgeoning passions of young males unable to do much other than expend them in fetid vapours of sweaty adolescence.

Girls were not an outlet (except for Colin). Girls were exotic marginalia even if our rituals of violence were, I suspect, meant to impress them, though they never did. Girls spoke a language that sounded like English but was mostly incomprehensible to us. Most of the girls we encountered (except for mothers, aunts, and sisters who didn’t count) looked at us, when they could be bothered, and giggled. Mostly, they were infuriatingly indifferent to our existence. I did gain a kind of odd intimacy with Rosie Clayman, however. Rosie used to spit half-chewed bits of egg sandwich at me. Even then I suspected that regurgitation was unlikely to be the basis for a productive (let alone reproductive) relationship.

So, we lived out childhood in states of conflict and reconciliation, engagement and alienation, affection and hatred—until, years later, we went away to become doctors, lawyers, gamblers, frauds, teachers, writers—and to miss each other, now and again to recall those times, to revisit our own “blue-remembered hills”.

The onset of this odd nostalgia was also triggered by the contrast with the real violence that has erupted in Israel and Palestine, but the catalyst could have been many other places in our troubled world: Syria, the streets of London in which knives thrust into young boys by other young boys is an increasing occurrence, a school in Texas visited fatally by an armed figure on a mission to kill: some of the victims of these terrible eruptions were younger than we were in the days I remember. There is a world without restraint, that has forgotten that life is not only fragile but has an ineffable beauty. We ought not to have to retreat into childhood to rediscover that truth.

I was taken back to what I think was the best poem of WWII: “September 1, 1939.” On the eve of that conflict, the great English poet, W.H. Auden contemplated the ominous events in Europe from New York:

He learns what we as children had taught each other without really knowing it: “We must love one another or die.”

Our fates are inextricably interwoven. As we teach students about the differences that separate us, we also have a profound obligation to teach them of what unites us. That will help them become the kind of people we want them to become and will help us to be the kind of person we want to be.

Conflict may be in our nature, as the philosopher Thomas Hobbes (1588 – 1679) thought: “The condition of man . . . is a condition of war of everyone against everyone.” As a consequence, in nature: “Life is nasty, brutish, and short.” These dark days offer many examples to enforce that view of humanity, but the fake violence of childhood offers another way of being: to live in peace, if not because of love, at least by a sense of decent restraint, and the uneasy probability that what we do unto others may be done unto us.

The unmentionable odour of death
Offends the September night

The daily diet of exposure to suffering has eroded our capacity for compassion. We may no longer smell the stench of outrage. We may have become anesthetized to suffering, senses dulled, so we are only marginally aware of the dead child on a Mediterranean beach; the gassed infant; bodies of the innocent in the streets of Gaza and Idlib; students shot in random acts of lunacy because madmen can buy guns.

Nevertheless, we cannot in these fatal times give in only to despair. Education, whether we recognize it or not, is a moral endeavor. There are embedded values; that it is better to read books than it is to burn them; in education abroad, we demystify the oddness of strangers so that students can see, hear, recognize a common humanity; we expose students to the wisdom of the dead and the living and seek to erode borders between those sensibilities and their own.

So, even in the bloody quagmire, there are glimmers of hope as Auden though, “lonely and afraid”, observed:

Defenceless under the night
Our world in stupor lies;
Yet dotted everywhere,
Ironic points of light
Flash out wherever the Just
Exchange their messages.

Let us thank whatever God, Gods or the goodness we may still believe in for those messages. We do not always have to travel back to the blue-remembered hills of childhood or to the sensibilities of great poets to find rays of hope or small points of light.

The Arab-Israeli conflict, whatever your sympathies or political convictions, is between two peoples who have had more than their share of suffering and vilification. In the wider geographical context, both Muslims and Jews have been subject to increasing prejudice and distrust. Long-held antagonism has intensified in many parts of Europe. Prejudice has gained a spurious authority in the mouths of politicians and others infected by myopia and instinctive hatred, fear, and historical alienation. Discrimination and racism has entered mainstream rhetoric.

Many Muslims are not innocent of anti-Semitism. Many Jews have little sympathy for Muslims. This mutual distrust obscures shared historical experience in which Muslim and Jew suffered barbaric treatment from Church and state: in particular, but not only, in the Spanish Inquisition. For centuries in many parts of the world Jews and Muslims lived in peace amongst each other and together resisted oppression. Recognition of connection is at the heart of the declaration of belief of a British association, “Muslims Against Anti-Semitism”:

We believe that…Anti-Semitism and Islamophobia come from very similar places… Mutual co-existence and understanding between Muslims and Jews is the only way forward to protect life in the Middle East and globally. The history of co-dependence and mutual trust and empathy between Muslims and Jews [should] be celebrated as models of what can be achieved.

This imposes upon Jews and Muslims an obligation to understand their individual and common histories, to demonstrate an empathy for each other and for all those subject to discrimination, victims of stereotyping and scapegoating.

In May 2018, some British newspapers published a paid advertisement, from “Muslims Against Anti-Semitism.” It was headed “We Muslims have one word for Jews: Shalom [peace in Hebrew].” This is what Auden called “an affirming flame” to illuminate the prevailing darkness.

They statement goes on to make this declaration:

As British Muslims, we believe that the time has come to speak out. For too long, anti-Semitism has gone unchecked. Sadly, it has become entrenched across society. Its poison can be found in all political parties and among followers of all faiths, including Islam.

The wise signatories challenge all to recognise that we have a common responsibility to reject the real violence that afflicts victims and diminishes victimiser. We are challenged to see beyond the temporary passions of hatred and recognize that we have to learn lessons from our shared histories and common humanity:

It is our duty to speak against all forms of hatred and bigotry—against anti-Semitism no less than anti-Muslim hatred. To our Jewish sisters and brothers, we say the struggle against one of history’s oldest and most virulent hatreds is not your fight alone but ours collectively.

The actions of hostile individuals, factions, and governments, of extremists from wherever they come, have no place in the world we want to leave to our children, our grandchildren, and our students. The Inquisition does not represent the soul of Christianity; Buddhist persecution of Rohingya is not the heart of that gentle faith; Islam cannot be defined by the inhumanity of fanatics; Judaism is deformed by actions that put the lives of children at risk. Those who kill in the name of God distort the compassionate roots of religion, have lost their hearts and souls.

You may believe in God, or have no faith, or, like me, be agnostic. Those are ultimately matters that concern only you. What concerns us all is the message contained in Psalm 133 with which the advertisement concludes: “Behold, how good and how pleasant it is for brethren to dwell together in unity!”

It was that beautiful thought that took me back in time to my childhood when conflict was play and affection prevailed over temporary irritations. It also illuminated the core reason why we are in international education; we are much occupied with all the necessary obligations that take up our energies, but we also need to pause and reconnect with the moral heart of our work; the most important life skill we can teach is to reject hatred and extremism: those are death skills.

If we choose an open over a closed world, life over death, enrichment over impoverishment, cosmopolitanism over parochialism, we will engender a passion for peace. Dr Martin Luther King Jr. gave us the curriculum that really matters: “We must learn to live together as brothers or perish together as fools.”