Imagined Space: Inventing the East and Creating the West

Oh, East is East, and West is West, and never the twain shall meet
—Rudyard Kipling The Ballad of East and West (1889)

The idea of space is critical in education abroad. We believe that exploration of unfamiliar space is of educational value and, consequently, we have developed a wide range of teaching strategies that take students beyond the formal classroom. A primary distinction between domestic study and education abroad is precisely the exploration and analysis of space through some combination of what we call situational learning and/or experiential education.

Education abroad involves crossing borders that are literal, frontiers that divide countries, and metaphorical, the line between the familiar and the unfamiliar that may be physical, intellectual, and/or emotional. Some of these borders require legal access, a passport and visa, others require acts of imagination and empathy. It is the job of international educators to facilitate that mobility, to analyse and explore the significances of those spaces.

In one sense, East and West are tangible, directions in which we may travel. They are also, however, complex, frequently paradoxical, locations: made in the mind as much as in geography.

Inventing the East: Version One

Nations and regions are inventions. When, for example, we think of the east (or the “East”) it may designate a direction related to where we coincidentally find ourselves. It is also the “Orient,” or the “Far East”; defined by relative distance from the primary inventors, a Western creation that synthesises realities with mythologies. That is the space analysed by Edward Said in Orientalism (1978): “since antiquity a place of romance, exotic beings, haunting memories and landscapes, remarkable experiences.”

It also paradoxically represents values that are inimical to Western civilization. Sax Rohmer created “the yellow peril incarnate in one man”, the fiendish Dr Fu-Manchu:

Imagine a person, tall, lean and feline, high-shouldered, with a brow like Shakespeare and a face like Satan, a close-shaven skull, and long, magnetic eyes of the true cat-green. Invest him with all the cruel cunning of an entire Eastern race …

The East (not just a place but a race) conspires to shift global power by means of sophisticated malice.

Ian Fleming reinvented Dr. Fu-Manchu as the equally ominous Dr No: “The bizarre, gliding figure looked like a giant venomous worm” Dr No (1958). The two figures embody recurrent stereotypes. They are both fiendishly clever and lead clandestine efforts to destroy Western (i.e. civilized) values. That they are doctors (usually connected to benign purposes) renders grotesque their dedication to cruelty and destruction. Like a cat or a worm, they are less than fully human. Appearance is the objective correlative of alien motivations.

Earl Derr Biggers created an alternative figure in Charlie Chan, the detective who appeared in six novels between 1925 and 1932. The popularity of the good detective led to numerous movies and radio adaptations. Although the representation was certainly more positive, Chan is enigmatic and clever in ways that, in combination with his eccentric English, define him as outside of the prevailing norms. His wisdom is embedded in aphorisms: “Truth is rare fruit in garden of murder” The Black Camel (1929). Biggers undermines the hostile stereotype, but sustains the idea of the East as impenetrable and inscrutable. 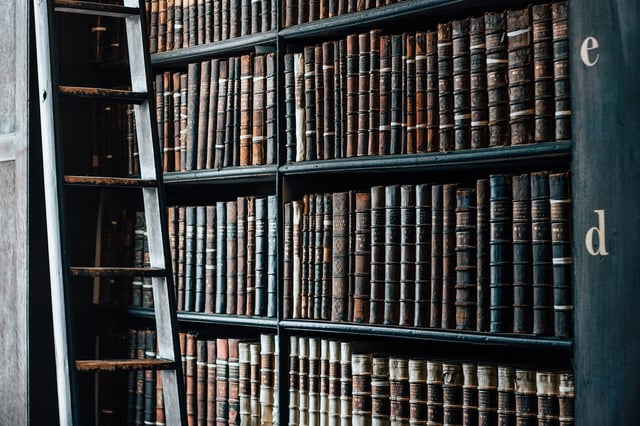 Suzie is the fetishistic object or mirror for the West…; she is the incarnation of something that the west has perhaps lost and can only find in the figure of a noble savage, and her peculiar brand of sexual orientations.

When the Chinese-American playwright, David Henry Hwang, explores the ambiguities of gender in M. Butterfly, he demonstrates that the space between us is made profoundly complex through constructed identities, as Martha Johnson argues:

Hwang’s questions about, and commentary on, race, gender, and culture depend upon a recognition of the Orientalist fantasies he challenges and deconstructs. M. Butterfly exposes cultures within cultures, meta-narratives, fault-lines in the relationship between sign and signifier, author and subject, actor and audience.

A Frenchman’s obsession with the Asian female, who is in fact male, signifies that we are each the product of the imagination of others, that identity is a malleable invention. In a similar way, space is not bounded by physical or defined borders but shifts in meaning and significance, relative to the time and space from which it is perceived. 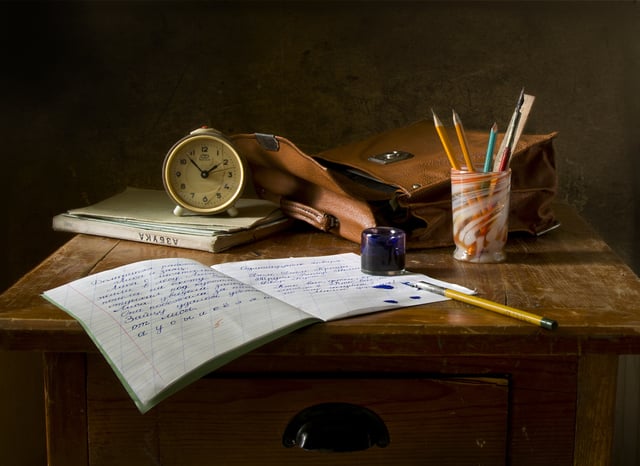 The “Far East” is a term in which distance (far from where?) metaphorically signifies impenetrability and mystery, both menacing and seductive. In contrast, the East that was India, the Jewel in Victoria’s crown, was not alien space. The British had a particular intimacy with India and, although there are numerous and multi-faceted representations, that offered by Rudyard Kipling in “Gunga Din” (1890) is recurrent:

Now in Injia's sunny clime,
Where I used to spend my time
A-servin' of 'Er Majesty the Queen,
Of all them black-faced crew
The finest man I knew
Was our regimental bhisti, Gunga Din.

Kipling’s poem is suffused with colonial paternalism and racism. However, the portrait of the outsider figure is based upon proximity and knowledge rather than distance and incomprehension. The bhisti (traditionally a Muslim water carrier in Northern India) serves the troops with stoical courage and, in his heroic death, “overcomes” racial barriers to achieve nobility: “By the livin' Gawd that made you, / You're a better man than I am, Gunga Din!”

The poem offers a version of an East that is entirely different from that created in the stereotypes of inscrutable Chinese villains (though no less distasteful to contemporary liberal sensitivities). Gunga Din, a colonial wish fulfilment figure (fantasy?), transcends race and, through his courage, achieves parity with the white soldier: “' An' for all 'is dirty 'ide, /E was white, clear white, inside/ When 'e went to tend the wounded under fire!”

Chinese stereotypes resonate with the fear and attraction of the unknown; the Indian with a presumption of intimacy. However, both clearly derive from the imagination of the West: filtered through lenses of emotion, of prejudice, of fantasy and fear, disgust and desire, hate, love and lust, and the myriad of distortions through which we shape shadows of each other. 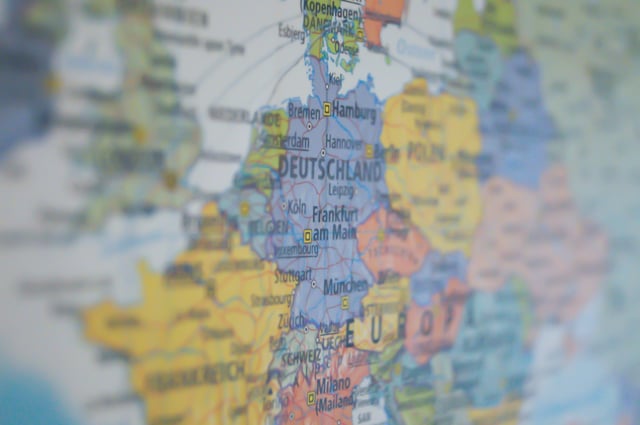 Inventing the East: Other Versions

The East is, clearly, not an immovable space. In the aftermath of World War II, the East was reinvented geographically and politically. It designated a totalitarian world in contrast to western democratic space. That was at the heart of Winston Churchill’s The Sinews of Peace speech delivered on March 5, 1946. He introduced the notion of an ideological frontier: “From Stettin in the Baltic to Trieste in the Adriatic, an iron curtain has descended across the Continent. Behind that line lie all the capitals of the ancient states of Central and Eastern Europe.” Churchill moved Eastern menace into European space where it stayed throughout the Cold War.

The idea that the East is a threat to the West was also manifest in the later twentieth century in the context of global economics. The East moved back into more familiar space. Japanese and Chinese industry was seen to be threateningly expansive through a combination of cheap labor and imitation: the inventive ingenuity of the West subverted by an endless supply of faceless workers producing cheap goods.

The East was also, paradoxically, a source of fascinated attraction. The art and design made there was a product of decadent leisure, pre-industrial creative refinement, a gorgeous alternative to the more mundane and materialistic imagination of the West. In contrast to the economic process, the West imitated the East. The decorative tradition of Chinoiserie was based on reproducing versions of Eastern art representing elegance, eroticism and exoticism. The popularity of this stylised version of the East persisted, in one context or another, from the eighteenth to the twentieth century.

That geography is constructed, imaginary space can also be illustrated in the context of the USA from founding myths such as “the city on a hill”, to the exhortation attributed to the newspaper editor Horace Greeley in 1865: “Go West Young Man” (first used by John Babsone Lane Soule in 1851), to the persistence of Frontier rhetoric.

The West (like the East) is not a direction but a complex concept. It signals what is sometimes called Manifest Destiny: movement ever westward into “virgin” territories to build the nation by taming the wilderness (sometimes at the expense of Native Americans). This idea of western mobility created “the frontier” as a formative myth in the shaping of American national identity.

The historian Frederick Jackson Turner in The Significance of the Frontier in American History (1893) developed what became widely known as the Frontier or Turner Thesis:

American social development has been continually beginning over again on the frontier. This perennial rebirth, this fluidity of American life, this expansion westward with its new opportunities, its continuous touch with the simplicity of primitive society, furnish the forces dominating American character.

In fictional form this myth is manifest in a series of five novels by James Fenimore Cooper, collectively known as The Leatherstocking Tales, published between 1823 and 1841. The main protagonist Natty Bumppo, who grows progressively younger if Cooper’s novels are read in the order in which they were written, engages with a frontier that is not a fixed boundary but is repeatedly redefined by westward movement. It represents a line between civilisation and wilderness, the future and the past. In Europe the frontier is a political line that designates limits of sovereignty. In American mythology, the frontier is an idea that resonates with a version of national destiny.

The persistence of that concept is apparent in President-Elect John Kennedy’s speech in 1960:

We stand today on the edge of a New Frontier... Beyond that frontier are uncharted areas of science and space, unsolved problems of peace and war, unconquered problems of ignorance and prejudice, unanswered questions of poverty and surplus.

Kennedy sustained the notion that the frontier is both geography (no longer the West but the space above us) and philosophy. It represents social and political aspiration, and a determination to explore and conquer the unknown. 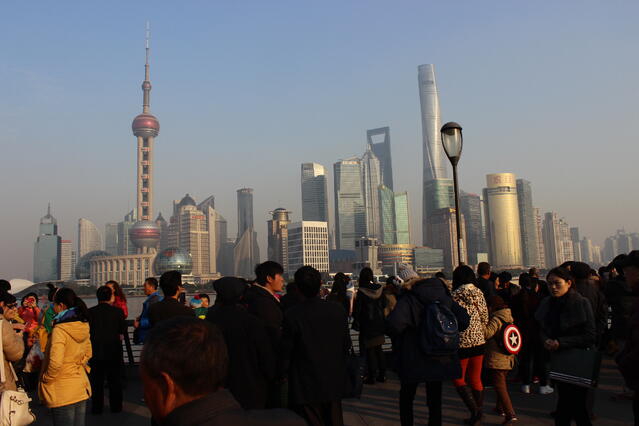 The technology of travel has redefined space. East and West, nations and regions, have become relatively familiar through ease of access. That does not, however, make invalid the complexities introduced here. There is no such thing as objective space. Even in the most mechanistic means of reproduction, the lens of a camera perhaps, what is captured is filtered by perspective. When the filter is mind and collective memory, the act of perception creates and recreates the meaning of space. Thomas Luk’s point about Hong Kong is entirely relevant to spaces that are embedded in our imaginations: “As city, it served more as an imaginary landscape than an actual topography, and has continued to do so even when it has become more accessible in physical and geographical terms after the jet age.”

In short, the external world cannot solely be defined by sight, photographs or statistics. The spaces we inhabit, study and imagine are forged by a synthesis of that which we can observe and by that which we have dreamed.