I have written and spoken recently about Europe in the light of the Brexit referendum. Whatever your view of the outcome, history has been curiously absent from the debate. We have tended to demonstrate collective amnesia in that there has been little consideration of the role of the European Union in leading, whether by accident or design, to over 50 years of relative peace within the region. The traditional and bloody animosities between the major nations of Europe, France and England on one side and Germany on the other, have given way to a sense of common interest, if not quite common identity.

The question of collective memory was alternatively illustrated by the extended period of World War I commemoration that culminated in the ceremonies of remembrance in London, throughout the UK, and in many other parts of the world on November 12th, 2017. Remembrance Sunday takes place every year on the nearest Sunday to Armistice Day when the hostilities of World War I ended at the "eleventh hour of the eleventh day of the eleventh month" of 1918. This event was rendered even more potent in contrast to the amnesia demonstrated by Brexit. Two versions of Europe paradoxically coincided. One is marked by what is for some political expediency of the moment. The other is the product of historical continuity.

The persistence of memory is embedded in a symbol that originated on the Western Front and has, subsequently, been transformed into an iconic representation of the sacrifices made by nations in all wars. The poppy has become an internationally recognised embodiment of collective memory. It derives from the fact that it was one of the few flowers that grew in the muddy chaos of Flanders Fields during the carnage of World War I. It represented, on a literal level, a resilient expression of growth and life in the most unlikely of locations. It also, in contrast, represented the colour of spilt blood.

The transformation of the poppy into an international symbol was primarily the consequence of a poem written by a Canadian Doctor, John McCrae in 1915 at Ypres. No other war in our history has been so shaped by the poetry of the combatants:

In Flanders' fields the poppies blow
Between the crosses, row on row,
That mark our place: and in the sky
The larks, still bravely singing, fly
Scarce heard amid the guns below.
We are the dead. Short days ago
We lived, felt dawn, saw sunset glow,
Loved and were loved, and now we lie
In Flanders' fields.
Take up our quarrel with the foe;
To you from failing hands we throw
The torch; be yours to hold it high,
If ye break faith with us who die
We shall not sleep, though poppies grow
In Flanders' Fields.

This exhortation to memory is also represented in "For the Fallen," a poem by Laurence Binyon that has become close to a prayer of commemoration;

They shall grow not old, as we that are left grow old:
Age shall not weary them, nor the years condemn;
At the going down of the sun, and in the morning,
We will remember them.

Two contrasting and contradictory manifestations are embedded in the conjunction of these events that demonstrate the different ways in which we envisage Europe. Brexit reveals a Europe built around pragmatic politics in which history is absent from the collective consciousness. The role of the European Union in bringing peace to traditionally combatant nations has disappeared from history. Remembrance Sunday is at the other end of a spectrum wherein memory of the past is symbolically present in the poppies worn by millions to reaffirm connection. The two ends of this spectrum signify two notions of Europe: one built through an ahistorical consciousness (a form of amnesia); the other in which collective memory persists. 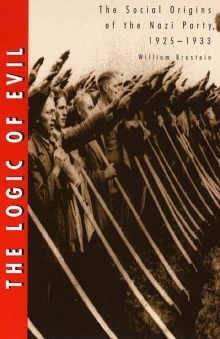 The role of memory in the construction of place was also brought into focus recently in my reading of William Brustein's powerful study of the origins of the Nazi party, The Logic of Evil. The book analyzes the origins of the Nazi Party in a chilling and compelling manner. I was also struck by a comment in the Preface that contrasted with my childhood experience of the Holocaust:

My earliest recollections of discussions of Hitler and Nazism date from my childhood: I grew up in a Jewish family in Connecticut during the 1950s. My relatives would frequently recount the gruesome details of the Nazi campaign to eliminate European Jewry. Nazism became for me another word for evil.

Like William, I also grew up in a Jewish family after the war, but in London in the same period. In contrast, however, discussions of the Holocaust were mostly absent in our house and in the area in which I lived, despite the relatively high concentration of Jewish residents. In our working-class neighborhood, I recall a kind of nervous repression: whispered asides, perhaps the fear of articulation; dark silence, as if speaking of the events meant reliving them. It was not that we were unaware of the Holocaust. There were survivors living amongst us but, though regarded with compassion, their experiences belonged to another space that we imagined only in nightmares. We called it "Europe" but it was far distant in the mind from the place in which we lived in relative security.

I also now realise that some of the teachers in the Orthodox Hebrew School I reluctantly attended after regular secular school were concentration camp survivors. If there is a heaven I hope I have the chance to apologise to them for the torment, we must have inflicted as East End urchins with as much a sense of spirituality as the average brick wall. They too carried darkness with them.

We lived in the kind of innocence so fiercely challenged by Edward Wallant in his novel The Pawnbroker. Sol Nazerman, the main protagonist, is a survivor of the concentration camps. He confronts the optimistic American Marilyn Birchfield with a version of reality that challenges rational notions of human behavior:

…this you have not considered. There is a world so different in scale that its emotions bear no resemblance to yours; it has emotions so different in degree that they have become a different species!... I am not bitter, Miss Birchfield; I am past that by a million years!

Marilyn Birchfield is, throughout the novel, presented as a figure bathed in light in contrast to "all the darkness in the Pawnbroker." Innocence confronts nightmarish experience.

However, we almost never heard talk of that Europe. Perhaps that was because adults sought to protect their children from that knowledge or because we lived too close to it in time and space, or because the adults I knew lacked the language to talk about events that seemed beyond reason. We lived in Europe but the "Europe" of the Holocaust was thankfully not part of our lived experience.

Those atrocities belonged to another place beyond imagination, a satanic invention in which barbarity had become manifest on an industrial scale, where civilisation, compassion and empathy had been replaced by efficient hate: something both chilling and unfathomable, beyond the words and worlds we knew. So that "Europe" was a whispered obscenity, not spoken aloud for fear that we recognise and understand what it meant, for fear that it infest the dreams of the innocent.

These uneasy thoughts inevitably raise the question of how we present Europe in education abroad. I love the Europe we share with our students and it is the place in which I have spent most of my life. For the most part, it is a space rich in history; here some of the finest acts of the human imagination may be found. Philosophers grapple with ideas of truth and beauty. In literature, music, art, Europe offers a version of humanity in creative pursuit of visionary reinventions of sensibility. In that Europe, there is evidence of noble achievement and profound aspiration to reach towards the wisdom and majesty of the gods. This is also the Europe of compassion and cosmopolitan sensibilities marked by recognition of our capacity to communicate above differences and across history. 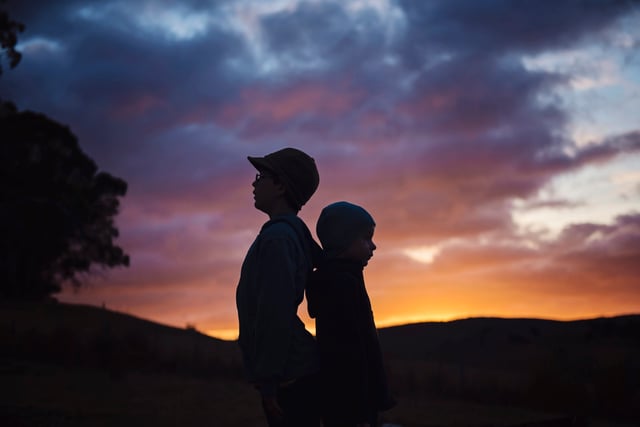 There is the other place that we have an obligation to remember. On the battlefields of Mons, Ypres and Passchendaele, in the ovens of Auschwitz-Birkenau, in the suffering inflicted on the innocent in Belsen and Dachau, Europe revealed a demonic capacity for savagery beyond that of any pack of wild animals.

That Europe, the whispered obscenity of my childhood, must not be forgotten in our collective amnesia, nor should we lose sight of its contemporary relevance in acts of wilful blindness. The rhetoric of hatred is growing louder, and we should view this with a profound sense of unease. The French President Emmanuel Macron said on September 27, 2017, "We thought the past would not come back. We thought we had learned the lesson." That critical perception needs to be part of the paradoxical space called Europe.

As we rightly teach and celebrate creative acts that defined and redefined human imagination and continue to enrich our lives, we need also to ensure that none of us ignore the devils and demons that lurk in the shadows.

[1] We are delighted that Dr Brustein will be a presenter at CAPA's Eighth Annual Symposium: "Borders, Mobility and Migration" in conjunction with the Forum conference in Boston on March 21st, 2018.